A fuss over nothing? Britons panic-call Met Police to report ‘loud explosion’… which cops say was just a random LIGHTNING STRIKE

Terrified Britons panic-called Met Police this evening after hearing a large ‘explosion’ followed by a huge plume of smoke – which officers say was actually caused by a random lightning strike.

The explosion could be heard in north London while witnesses described a ‘huge flash of light’ accompanied by the sound of a ‘massive’ bang in Hackney tonight.

One resident living in nearby Clapton said her living room ‘flashed blue when it happened’ while another person in Surrey Quays said the bang was ‘way too loud to be thunder’, according to The Mirror.

Meanwhile, a resident in Highbury said he heard one explosion at 5:40pm and another 10 minutes after that – similar to the first. 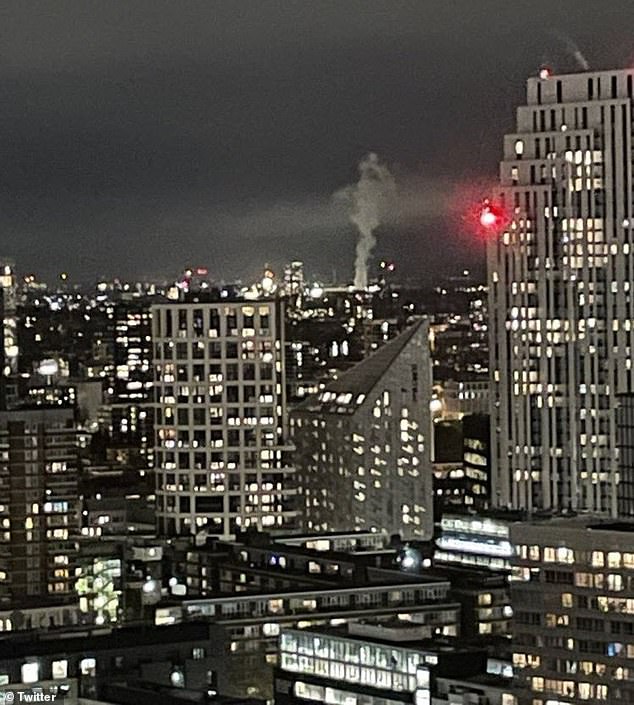 ‘No major incidents have been reported to us. The noise appears to have been caused by thunder and lightning.’

Hackney police did not clarify whether something had been struck in the storm to cause the smoke. 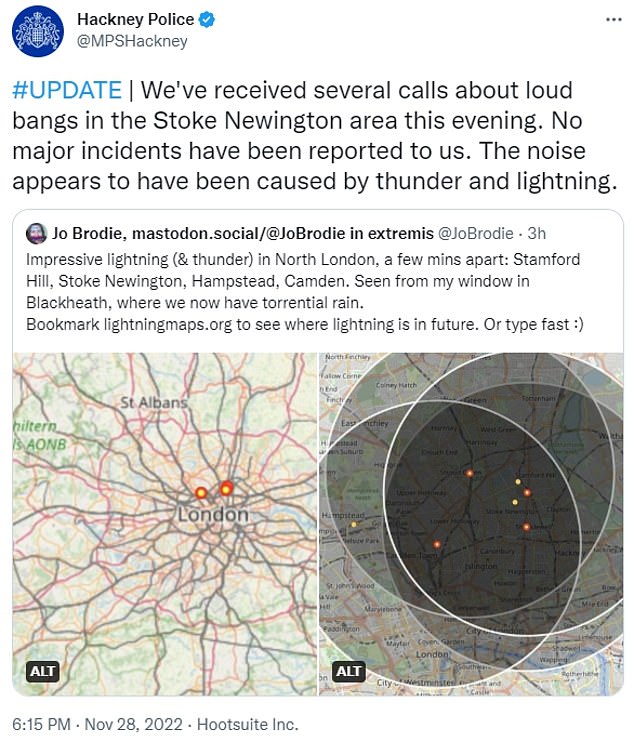 Hackney police took to Twitter this evening to say they have received several calls about loud bangs in the Stoke Newington area this evening. They added that no major incidents have been reported to them and the noise appears to have been caused by thunder and lightning

Speaking to MyLondon, Matthew McEvoy said: ‘The huge bang heard was also heard by me over in Surrey Quays. It was way too loud to be thunder.’

Meanwhile, Jo Brodie tweeted: ‘Impressive lightning…Seen from my window in Blackheath, where we now have torrential rain.’

Barnaby Slater said: ‘Huge flash of light followed by sound of massive explosion and plume of smoke in North London.’

Another person, Aubrey Whitfield said: ‘Two huge flashes of light in London and loud bangs. Explosion? Heard in Hackney. Hope everyone is safe.’

A London Fire Brigade spokesperson said: ‘Firefighters carried out an extensive search of the local area after reports of an explosion on Belfast Road in Hackney.

‘They found no signs of smoke or fire.’