Bronx driver crashed into man crossing road then robs him

Smash and grab: Sickening moment Bronx driver slams into man crossing street then stops so his two passengers can get out and ROB HIM as he lies unconscious

The NYPD is hunting for three man who were filmed knocking over a pedestrian crossing the street then robbing him as he lay unconscious in the street.

The sickening incident was caught on surveillance camera. It shows the three men knocking over the victim, an unnamed 39-year-old man, on Saturday, July 23, 2022 at 6.40am.

They plowed right into the man, sending him flying in the air. 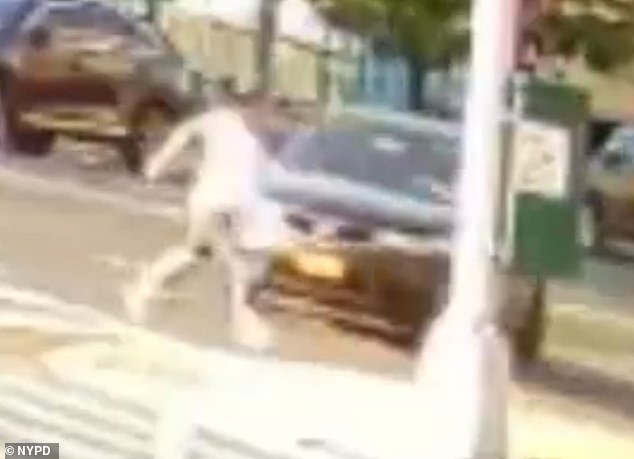 The man was crossing the street at 6.40am on Saturday morning when the car crashed into him 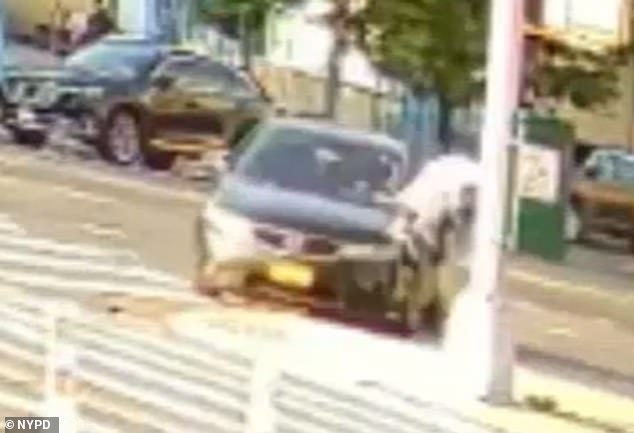 He was sent flying through the air, landing on the sidewalk unconscious 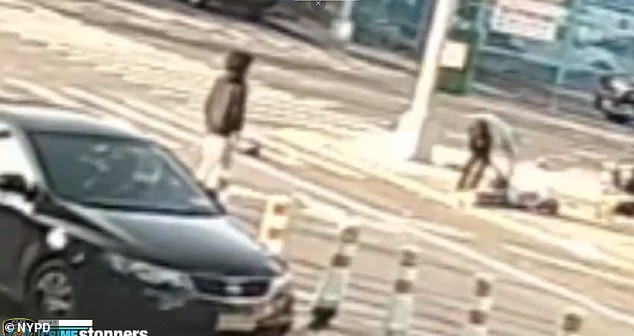 The car came to a stop but not to help the man. Instead, the occupants went through his pockets 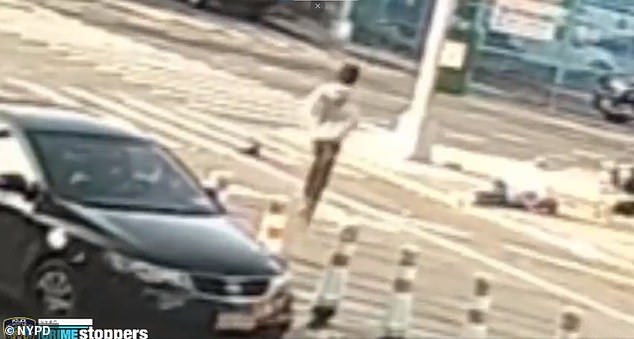 As the victim lay motionless on the ground, two of the men in the car hopped out to rifle through his pockets.

They then got back into the car and drove away. It is the latest incident in the steadily worsening crime crisis in New York City.

The victim was later taken to the hospital, where he now remains in a critical condition.

The three criminals in the video are now wanted by police.

The men are described by police as all being of thin build with dark skin. 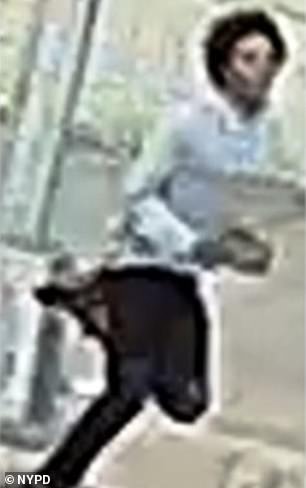 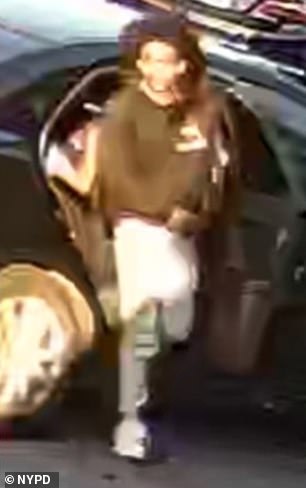 Two of the three thieves who got out of the car to rob the 39-year-old victim. He remains in the hospital

Anyone with information is urged to contact the NYPD on (800) 577-TIPS.

The hit-and-run is only the latest incident in gradually worsening crime epidemic in New York City.

It is unclear whether or not the men knew their victim, or if it was an entirely random attack.

An NYPD spokesman on Sunday told DailyMail.com there was no evidence to suggest that it was deliberate.

The video outraged many in New York and in other cities, who viewed it as yet another example of the frightening crime and violence in the city.

‘Get it together, this city is a mess,’ some said on Twitter in response to the police appeal.

Others said residents would be safer in ‘third world countries’ than they would in New York.

Mayor Eric Adams, who vowed to crack down on crime when he took office in January, has so far failed to make a dent in the problem.

Earlier this week however, he announced a plan to house 3,000 illegal migrants in hotels across the city.

To fund his plan, he has asked for federal help that would come from tax payers. 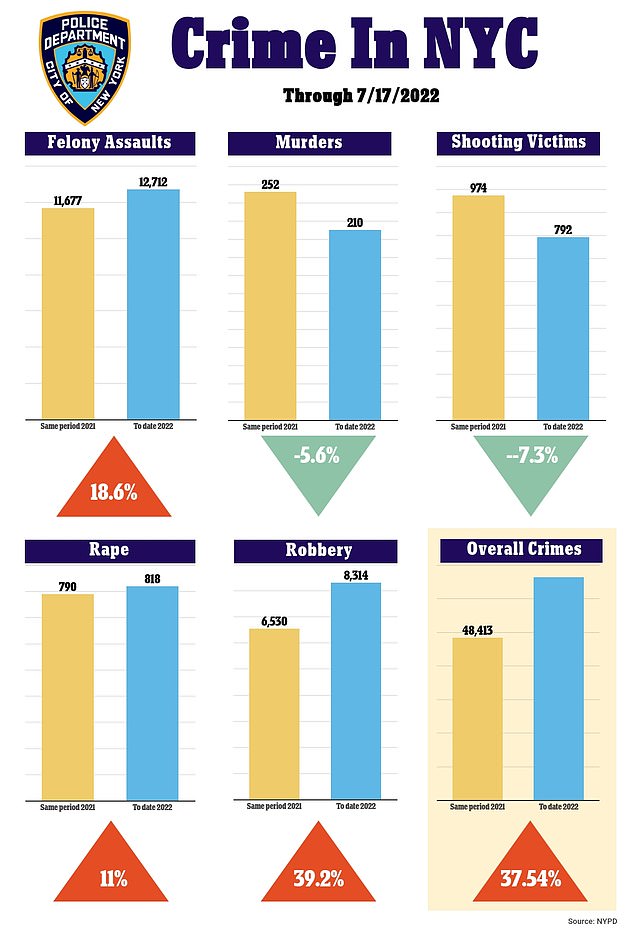