Builder's brew ranked Britain's favourite tea – so where does yours rank?

A STRONG ‘builders brew’ is how Brits prefer their tea – with just a splash of milk, a hot steeped teabag or leaves and no sugar.

A poll of 2,000 adults who drink tea found English Breakfast is still most popular, followed by a black cuppa. 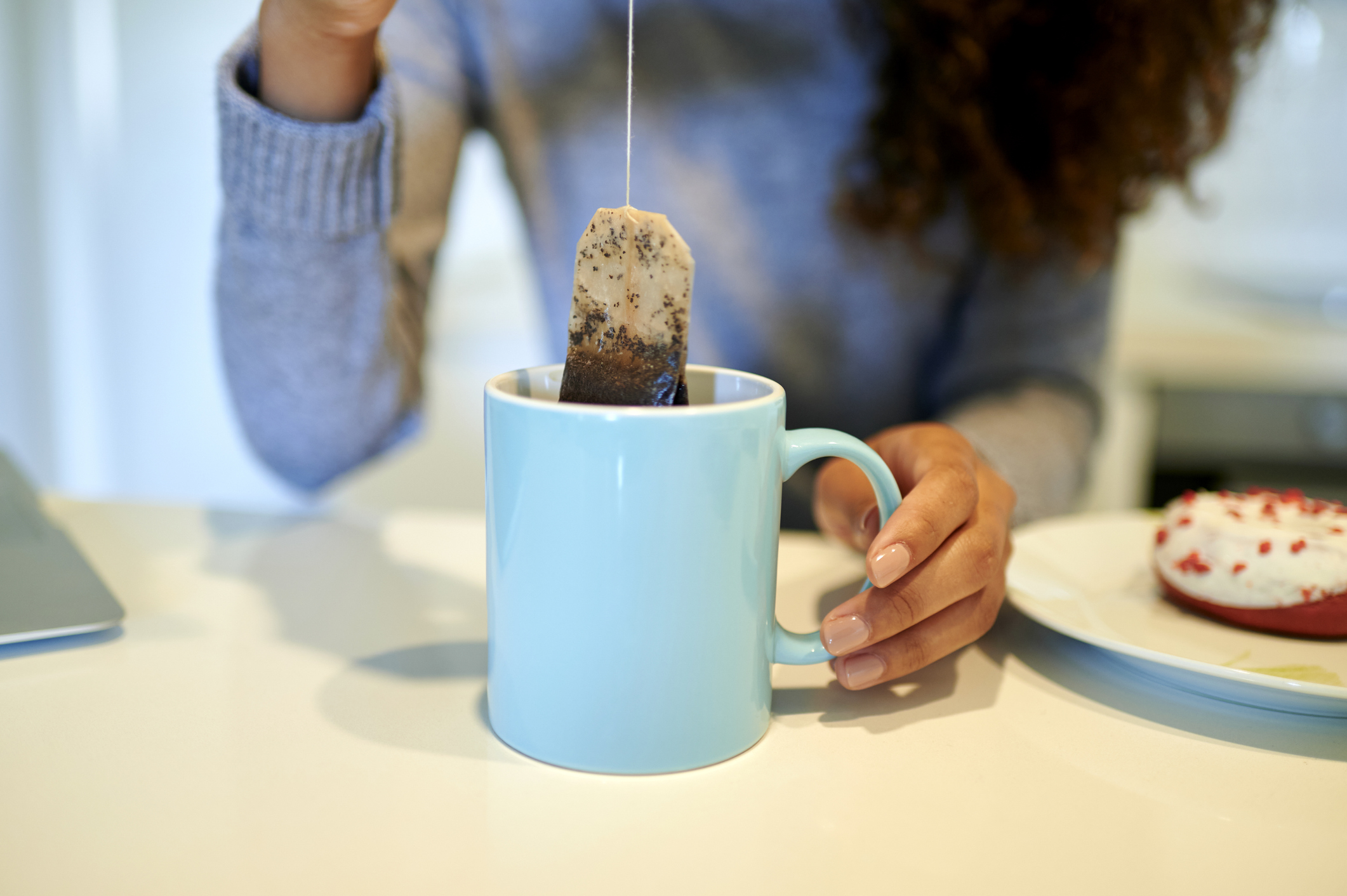 Green tea and herbal varieties are also growing in popularity with the most sought-after alternatives being mint, lemon and ginger flavours.

Overall, 40 per cent of people believe no one makes a cup of tea as good as the British and 54 per cent even admit to having packed tea bags when travelling abroad.

To achieve the strong flavour, the average bag is brewed for more than a minute – 70 seconds to be exact.

The survey, commissioned by British tea giant, Tetley, as part of a new campaign celebrating Britain’s love of tea, also found the perfect beverage would be described as hot, smooth and strong.

Almost half admitted they can’t start their day until they’ve had a brew and the first cup is typically enjoyed between seven and nine in the morning.

The findings have inspired a new tea lovers map of the UK which captures tea drinking habits up and down the country.

According to the map,Londoners and Northern Ireland residents were found to have the biggest sweet tooth – adding an average of one and a half sugars to their brew.

Meanwhile, those in the South West take the least milky tea with 59 per cent having theirs ‘not very milky’.

Tuuli Turunen, at Tetley UK, said: “’For the love of tea’ is quite literally about celebrating Britain’s love of tea and all the ways that we enjoy it.

“From which tea we’re drinking (original, black tea, fruity or herbal) to how we’re enjoying it (sipping, slurping or biscuit dunking), our Tea Lovers Map of the UK celebrates our shared love of tea.”

When it comes to our daily cuppa count, the typical tea drinker has three cups a day, while 27 per cent have as many as five or more.

The most popular order to make a tea in was revealed as is teabag, water, milk, while a controversial one in 10 put the water first followed by the tea bag and milk.

“Everyday tea should be as close to boiling point as possible but never use boiling water for green tea – leave the kettle for a couple of minutes to avoid a bitter taste.

“As for brewing time, be patient and leave black tea bags in the water for 2-3 minutes; green tea bags for 1-2 minutes; fruit and herbal infusions for 3-5 minutes.”

A further 15 per cent of the nation admitted they slurp their tea, while 44 per cent prefer to take short sips from a mug.

More than a third always drink from a specific mug and 14 per cent opt for a teapot.

A quarter like to have different types of tea at various times of the day such as Earl Grey in the evening and herbal in the afternoon.

One of the most annoying tea habits was found to be adding milk first (29 per cent) while 38 per cent of people are irritated by those not using a coaster and leaving rings =on the table.

But 46 per cent of those polled via OnePoll can’t imagine going a whole day without a cuppa and 39 per cent said it can significantly improve their mood.

People are most likely to pop the kettle on when watching TV (55 per cent), working or studying (38 per cent) and when reuniting with a friend (26 per cent).

And those who worked from home at all during the pandemic found they drank more tea at home than in their workplace.

While 39 per cent prefer to make their own brew and 27 per cent feel nervous about making someone else a cup of tea, 26 per cent said they like to make a cuppa for others regardless because it’s the thought that counts.