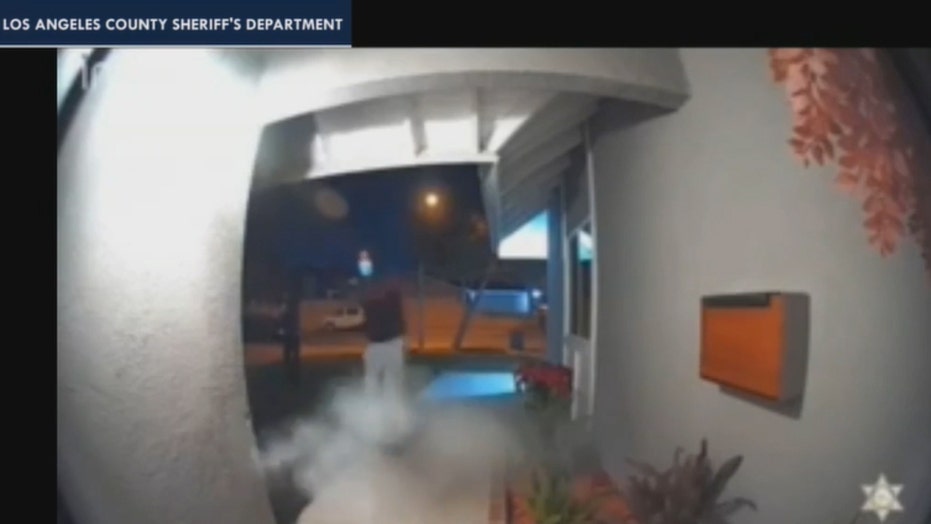 Police searching for suspects in incident caught on video

Police in California are seeking the public’s help in identifying a pair of gunmen caught on a doorbell camera video firing at a home just seconds after knocking on its front door.

The startling incident happened around 6 p.m. on Dec. 21 at a property in Carson, Det. Glenn Greathouse of the Los Angeles County Sheriff’s Department told reporters during a press conference.

"The residents of the location were answering their Ring doorbell and assuming it was a family member. When the female resident answered the door, the two individuals pointed guns at her and simultaneously started shooting at her while she was standing in the doorway," he said, noting the woman’s husband was also nearby.

"Thankfully, neither one of the victims were struck by the gunfire," Greathouse added. 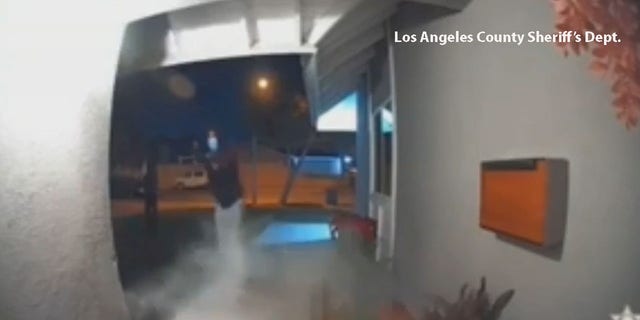 Footage released by investigators begins with one of the gunmen – described by police as a Black male around 6 feet tall with a thin build – knocking on the door of the home.

As he stands there and waits for a response, the second suspect – whom police say is an adult male wearing all black – pokes his head around the corner of the doorway before retreating out of the camera’s field of view.

After 21 seconds pass from the initial knock, the door opens and the gunmen start shooting in its direction. Five shots can be heard before the two suspects are seen fleeing the scene. One of the bullets kicked up dust after striking the exterior of the home.

"Yea" the woman says, sounding distraught from the scene that had just unfolded.

No words were spoken by the gunmen during the entire incident.

"We need the public’s assistance in order to identify these two individuals so that we can hold them accountable for their actions and choices to carry out this crime," Greathouse told reporters this week as police released the footage.

The motive for the shooting is not immediately clear, but investigators are looking at whether it was a case of mistaken identity as the couple had just moved into the home four months prior, CBS Los Angeles reports.