Now ban cyclists and e-scooter riders from using phones, peer says – as she claims they are ‘terrorising’ pedestrians by chatting on mobiles as they ride

Ministers have been urged to introduce a specific ban on cyclists and the users of e-bikes and e-scooters from using mobile phones – as it was described how people are being ‘absolutely terrorised’ by irresponsible riders.

Conservative peer Baroness McIntosh of Pickering questioned why recent updates to the Highway Code did not widen an already existing ban on drivers using mobile phones to other road users.

She called on the government to update the law with a specific offence that could see cyclists, e-bike and e-scooter users prosecuted for using their devices while riding.

The former MP also told the House of Lords how she herself had a close encounter with a cyclist on his mobile. 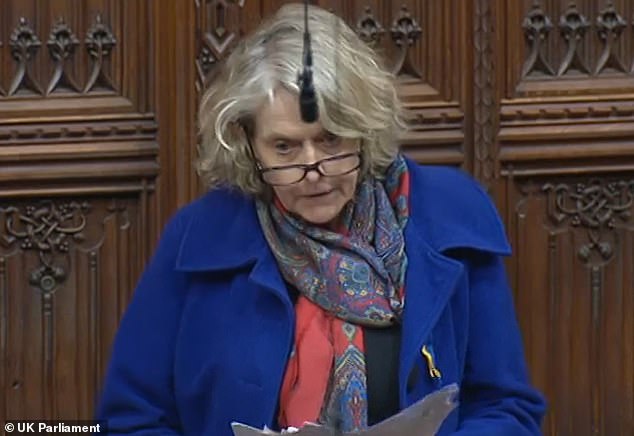 Earlier this year, the Highway Code was reformed to include a hierarchy of road users aimed at protecting vulnerable road users such as pedestrians and cyclists from harm.

Other new measures included updated guidance on where cyclists should position themselves on the road, how car drivers should overtake other road users, and the recommendation of the ‘Dutch Reach’ method for opening vehicle doors.

However, Lady McIntosh questioned why Rule 149 of the code – which requires motorists to ‘exercise proper control of your vehicle at all times’ and forbids the use of a mobile phone while driving – did not apply to cyclists and other road users.

She said: ‘To make my point, as I was walking in on a pedestrian crossing from the London flat to the House today, I was midway across the crossing approached by a cyclist on his mobile phone, one hand bicycling, one hand on the mobile phone, on the wrong side of the road.

‘I wasn’t clear whether he was going to stop or not.

‘We see that e-scooters, e-bikes and cyclists are using handheld phones inappropriately and I would like to understand why the Department (for Transport) has not addressed this issue, because that has to be a cause of concern.’

Lady McIntosh added that the issue was ‘even more of a concern when we see what is happening for e-scooters’.

‘Frankly some of the situations that many of us have been put into feel absolutely terrorised by those who are riding e-scooters irresponsibly,’ she told peers. 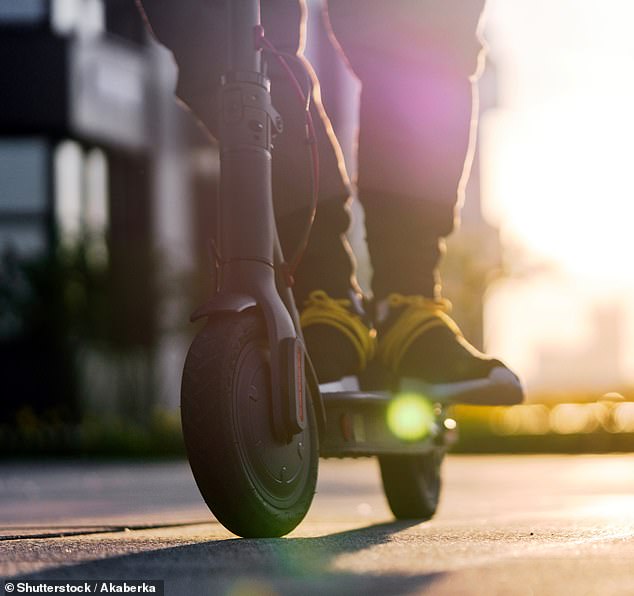 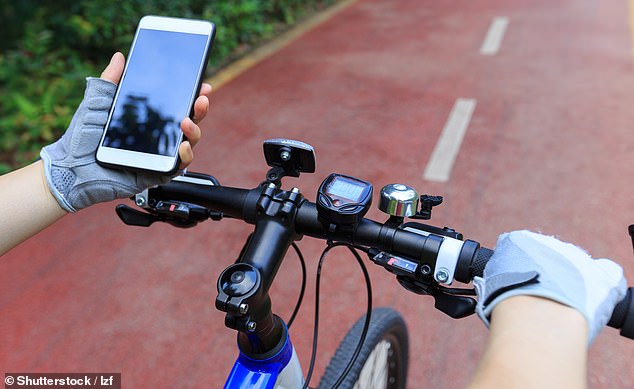 Cyclists and e-bike riders can be prosecuted by the police for careless and dangerous cycling, with maximum fines of £1,000 and £2,500 respectively

She called on ministers to ‘create criminal offences relating to dangerous, careless and inconsiderate cycling for those users of pedal bikes, electronically assisted bikes and e-scooters’.

– Cyclists should ride in the centre of their lane on quiet roads, in slower-moving traffic and at the approach to junctions or road narrowings

– Groups of cyclists can ride 2 abreast

– Cyclists should be aware of people driving behind them and allow them to overtake (for example, by moving into single file or stopping)

– When people are crossing or waiting to cross at a junction, other traffic should give way

– if people have started crossing and traffic wants to turn into the road, the people crossing have priority and the traffic should give way

– People driving, riding a motorcycle or cycling must give way to people on a zebra crossing and people walking and cycling on a parallel crossing

Transport minister Baroness Vere of Norbiton said changes to Rule 149 had broadened the offence of using a mobile phone while driving, which makes it easier for police to enforce.

She stressed that cyclists and e-bike riders were already covered by other laws.

‘It is not a specific offence to cycle and use a mobile phone or headphones, but cyclists and e-bike riders can be prosecuted by the police for careless and dangerous cycling, with maximum fines of £1,000 and £2,500 respectively,’ the minister said.

Currently, there is no specific law for e-scooters and so they are classed as ‘powered transporters’ and fall within the legal definition of a ‘motor vehicle’ with all the same legal requirements.

While it is legal to buy and sell e-scooters in the UK, there are limitations on where they can be used.

Trial areas for e-scooters have been introduced across the country, but these are mainly for rental schemes.

The government is currently considering the possibility of legalising e-scooters on UK roads.

Lady Vere told peers: ‘Just to put the record straight on e-scooters, it is the case that an e-scooter user falls under the regulations, and it is an offence to use a hand-held mobile phone on an e-scooter.

‘They can be fined, and they could also get six penalty points.’