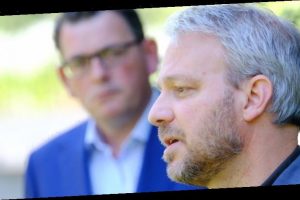 Human rights lawyers have called on the Victorian government to explain why thousands of people stranded for almost a fortnight in NSW’s COVID-19 hotspots cannot return and quarantine at home instead of being indefinitely excluded.

The Andrews government on Tuesday was unable to give a definitive answer as to when the borders between the two states would reopen, and has provided no timetable for when those who are stranded might return home. 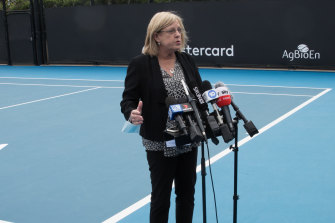 "This is very much going to be a day-by-day situation and assessment about what the numbers are in NSW and where the spread is," Emergency Services Minister Lisa Neville said.

Victoria's new “traffic light” system, introduced on Monday, allows people in the "orange zone" of regional NSW to enter the state with a permit, but leaves those in the NSW and Queensland red zones of greater Sydney, Wollongong, the Blue Mountains and Brisbane locked out. More than 51,400 people had applied for permits by 1pm on Tuesday.

Under the "traffic light" system, everyone coming into Victoria must apply for a permit, and only those who receive an exemption from the border closure can come in from a "red zone".

The call from Liberty Victoria comes as business groups and the Opposition demand clarity for the 4000 people stuck in NSW since the border closed in the new year, who still have no idea when they might be able to go home.

It was backed by an infectious diseases expert, who said it might be safer to allow them to come back and quarantine in their own homes.

Liberty Victoria president Julia Kretzenbacher said the permit system could make the process clearer, but its introduction had done nothing for Victorians who were still indefinitely excluded from returning.

She said there was still uncertainty about when exemptions would be granted and there was no option of home quarantine. 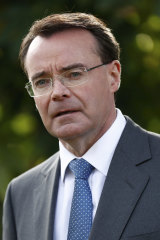 "It might be, at a national level, safer to quarantine people in their own home than having them in a camping ground, or somewhere they can't really afford where they're moving around from place to place," Dr Bennett said.

Opposition Leader Michael O'Brien said Victorians were sick of knee-jerk reactions that changed from state to state and called for national consistency.

"At the moment, if you step foot outside Victoria, you have no guarantee that Daniel Andrews won’t suddenly change the rules and you won't be able to come back home," he said.

"I think it's about time premiers, all premiers, put their egos aside, sit down around the table with the Prime Minister … to give us something that is consistent and predictable so we can get on with our lives."

State Health Minister Martin Foley said on Tuesday the permit system would allow Victorians to come home as well as helping authorities to track where people were travelling to and from.

"This kind of system will allow us to track those movements of potential red zone people into Victoria … it's part of the armoury for our contact tracers to keep us safe," Mr Foley told ABC radio.

Victorian Chamber of Commerce and Industry acting chief executive Dugald Murray said the permit system gave more certainty about when people could cross the border, but called for more notice for when regions changed to red.

"The Victorian chamber would also like to see the system aligned to traffic light sequencing, so that businesses have warning and notice during the amber period before a designated zone switches from green to red," Mr Murray said.

Melburnian Michael Espinoza has been in Wollongong with his wife and two young children since December 18 to be with his grandmother before she died.

Wollongong remains a red zone, with three active cases in the NSW city, according to the NSW government's website. The region has not recorded any new cases in recent days.

Mr Espinoza said he made the choice to stay in Wollongong after the border to Victoria closed on December 31 so he had the time with his grandmother before she died a few days later.

"I'm grateful I was able to see her and not be locked out," the 37-year-old said. "The uncertainty and confusion is why is Wollongong still a red zone?"

The family are now trying through the exemption process to get home for work and for Mr Espinoza's son to start grade prep.

"It seems that the criteria for exceptional circumstances are those which require one to return to Victoria, not those which prompted one to stay in NSW," he said.

"To be honest, it's a nice place and I'm from here, I've got my family here … but it puts us in a difficult situation because my son is starting prep and I don't want him to miss school, on top of that my wife can't work … it just gets a bit awkward."

Victorians who flew in to Melbourne Airport from the Gold Coast on Tuesday were met by authorities in full protective gear.

One of them, Belinda, who is from Melbourne, said her and her fellow passengers were transferred onto a bus on the tarmac and were placed in a holding area where their permits were checked and they were asked if they had been in any of the red zone areas.

It was in stark contrast to what happened on Friday (the border to Queensland closed at 6pm) and Saturday, with flight after flight of passengers from Queensland allowed to pass through the airport as normal until authorities had a system in place.

More than 51,400 applications for permits had been processed by 1pm on Tuesday and it was taking people less than five minutes to complete the process, the Department of Health said.

Victorians stranded in interstate COVID-19 hotspots face fines of almost $5000 if caught trying to sneak back without a permit.

A government spokesperson also said it was "proactively reviewing" the circumstances of Victorians who returned from interstate who are in hotel quarantine in Melbourne. The reviews were expected to be completed on Tuesday afternoon, the spokesperson said.

"Eligible travellers will be release from hotel quarantine subject to a negative swab result," their statement said.

Also on Tuesday, Emergency Services Minister Lisa Neville defended the government's decision to allow 1200 people into the state for the Australian Open while thousands of Australians remained stranded both overseas and interstate.

Tennis players and officials are expected to begin arriving on 15 charter flights from Thursday at 5pm.

Ms Neville said the arrangements were vital to secure the future of the Open in Melbourne and the decision to hold the event was signed off by the Chief Health Officer.

"We would not have had this event if the public health team, the Chief Health Officer indicated both the event was safe to have, but also importantly … if they had not signed off on the hotel quarantine program," the minister said.

Australians were booted off repatriation flights a result of national cabinet's decision to temporarily lower the cap on international arrivals.

There were no new locally acquired cases of coronavirus on Tuesday, marking the sixth consecutive day of no community transmission, and more than 18,000 tests were processed on Monday. There were also no cases detected in hotel quarantine. There are now 38 active cases in the state.

NSW recorded five cases of community transmission in the 24 hours to 8pm Sunday with health authorities calling for increased testing after just 14,738 tests were recorded, shy of the state's 25,000 to 30,000 tests a day.