Car-loving Remainer is mistaken for Brexiteer over number plate

A Remainer has revealed he is constantly ‘getting dirty looks’ – because his car number plate reads BRX541T.

But in the past three years he claims people now spot the classic car’s number plate and ‘shake their fists at him’.

And he has even offered to sell the plate to Nigel Farage to put an end to his frustration. 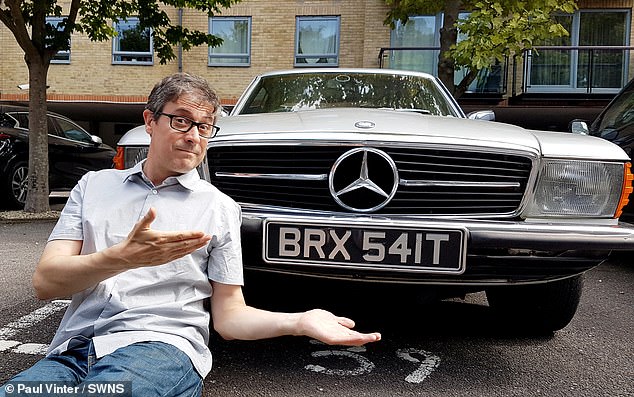 Classic car enthusiast Paul Vinter said he is getting dirty looks because his 1979 Mercedes number plate looks like it says Brexit, pictured 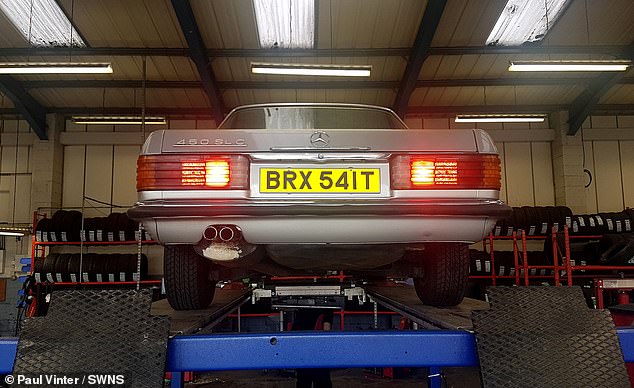 Mr Vinter, of south London, bought the vehicle in 2016 from eBay before the referendum, and says he now fears being seen as a ‘bragging Brexiteer’ when he is a Remainer

With Brexit constantly in the headlines, Mr Vinter says he is often confused for a ‘bragging Brexiteer’.

The producer, from Southwark, south London, said: ‘People point and look and I have had people shake their firsts at me.

‘When I first viewed the car the penny never dropped. I just didn’t realise what the letters said when you put them together.

‘I find it funny and infuriating at the same time. I’m a Remainer but when people have asked me about it they think I’m a Brexiteer.

‘They think I’m parading around or something to brag about Brexit. People as a whole are light-hearted about it but some do shake their heads.

‘It makes me feel like I stick out – conspicuous, if you like. I notice people staring a lot and people do point when I drive by.’ 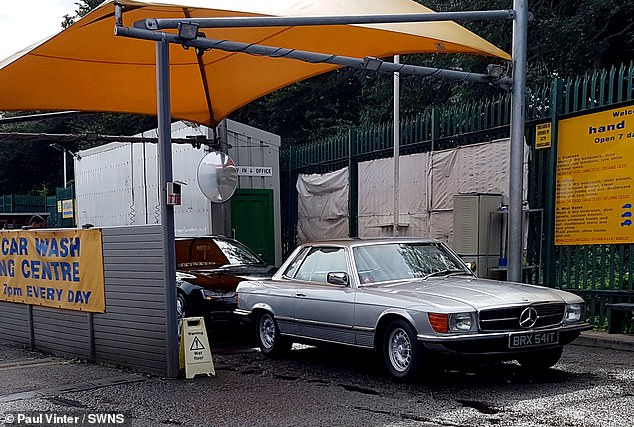 The producer said he often has people shake their fists at him when he is out in the car, pictured here at a car wash

Mr Vinter bought the vehicle from a dealer on eBay and ‘fell in love with it’ on first viewing.

But he said he spent so much time checking the car over and making sure it was the one for him that he completely overlooked the registration plate, and it wasn’t until after a month of driving around that someone in the street pointed it out to him.

Mr Vinter said: ‘The penny just didn’t drop when I went to look at it. It just didn’t cross my mind at all.

‘All I was bothered about was looking at the car and checking it over. I overlooked it.

‘When someone pointed it out to me I thought “Oh my god of course it does”. I realised it clearly said Brexit. I saw the humorous side to it.

‘I haven’t let it bother me at all really. I take it with a pinch of salt. But when I drive around people do think I voted for Brexit. 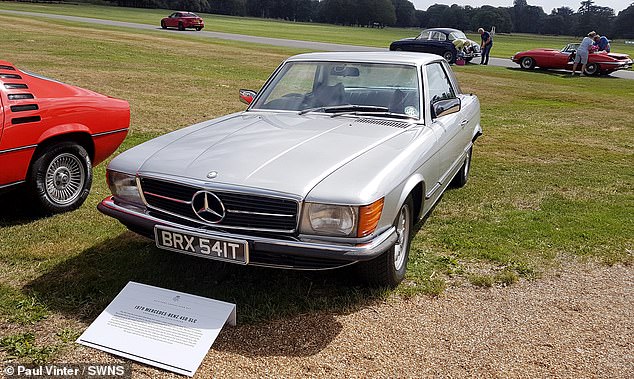 He also offered to sell the number plate to Nigel Farage to end his problems. The Mercedes is pictured here at a classic car show

‘I wouldn’t say it makes me embarrassed but I am very aware of it. I don’t mind what people think, but I don’t want people to just assume I voted for Brexit.’

Mr Vinter said he loves the car so much he’d still have bought it had he realised, but might swap it if he keeps drawing attention.

‘It’s part of the car’s history. I may consider changing it in the future if it continues to draw attention I don’t necessarily want.

‘It’s [the car] my pride and joy and I love it. But it is slightly tainted by the number plate. It is just a coincidence but as time goes on, I would be open to offers.

‘I do wonder if Nigel Farage might want to buy it off me.’