The 21-year-old man accused of murdering Cassius Turvey has appeared in a Perth court to face charges over the alleged attack of a 13-year-old boy who was walking home with Cassius in Middle Swan. 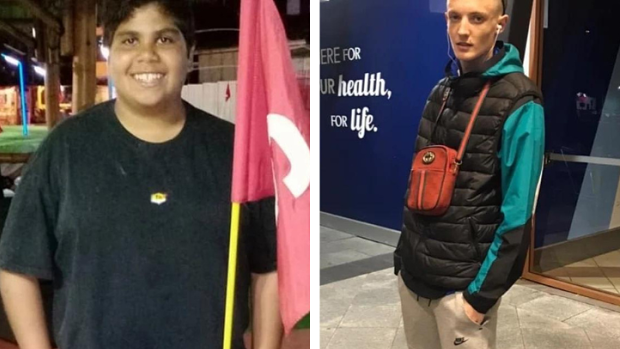 Cassius Turvey (left) and Jack Brearley (right), who has been charged with murder.

Police have alleged Brearley attacked the 13-year-old boy with a metal pole, believed to be a shopping trolley handle, before stealing his walking crutches and cap.

Brearley’s lawyer asked for these charges to be joined with his murder charge, which will be heard in Stirling Gardens Magistrates Court next week.

During the hearing, his lawyer also argued against an application from a sketch artist, who wanted to draw Brearley.

She said the only images the media had of her client were several years old when he looked “significantly different” and that a sketch would make him more identifiable and put him at risk should he be granted bail.

The magistrate agreed and told the artist to apply again to sketch Brearley at his next court date.

Cassius’ death has drawn nationwide attention, with vigils and rallies held for him in every state, New Zealand and even America on Wednesday.

The rallies also shone a spotlight on WA Police’s handling of the case.

Officers spoke with Cassius before he was taken to hospital but in the aftermath, communication stopped.

In a statement, Cassius’ mother Mechelle Turvey said she did not hear from police during the first five days when her son was awake and talking in hospital before he took a turn for the worse.

“A complete statement was not taken by the police from Cassius after the violent attack and there was no contact with me, his mother. Why?” she said.

“I feel that as Mum, I should have been kept in the loop about the statement. The statement was incomplete, it was vital. Cassius was talking at the hospital, and they should have taken his full statement but never did.”

Rally coordinator and National Suicide Prevention and Trauma Recovery Project director Megan Krakouer said this was also where racism had played a part.

“If it was someone well-to-do in the community, they’d be checking up every day,” she said.

“This attack, that clearly is racially motivated, just breaks your heart,” he said.

“We are a better country than that, and my heart goes out to the family and the friends.”