Controversial re-education camps in the Muslim-majority Xinjiang region would be repurposed to train farmers and herdsmen, a top Chinese official has said.

Xinjiang governor Shohrat Zakir used a rare press conference in Beijing to hit back at US legislation passed last week that condemns China's treatment of the Uighur ethnic group in Xinjiang. 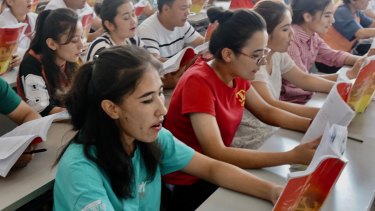 But Zakir also said "trainees" sent to re-education centres under a controversial anti-terrorism program had "graduated".

Up to 1 million Uighurs are believed to have been sent to high-security re-education centres that were built rapidly across Xinjiang between 2017 and late 2018, as part of a Chinese crackdown on terrorism. China refuses to confirm the number detained under the program.

Uighurs have said that those sent to the centres were forced to study Chinese and were not permitted to leave or contact family. Many were later forced into low-paying work as part of the program. 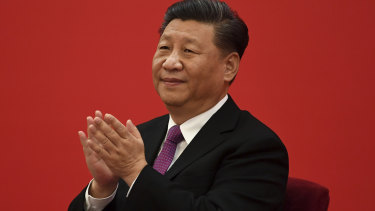 China has hit back.

Zakir said the centres were a "valuable exploration" in China's "fight against terrorism and extremism in accordance with the law".

"In the next step, in order to meet the desire of grassroots cadres and the masses to improve their quality, following the principles of respect for will, independent choice… and freedom of enrolment, we will provide daily, routine and normal open education and training to cadres and party members in rural areas, farmers and herdsmen and unemployed graduates," he said.

The centres will offer short or long courses "depending on training content".

In a major propaganda push, documentaries about terrorism in Xinjiang have screened for three successive nights on Chinese state television and were released on Youtube, which is blocked for Chinese internet users by the Great Firewall.

One titled, The Black Hand, stated Xinjiang was China's "most direct security threat" and showed graphic footage of knife attacks, suicide bombings and an attempt to hijack a plane, alleged to have been carried out by the separatist group ETIM.