Now here’s a game to skip! Children in Vietnam use an enormous DEAD SNAKE for their game of jumping rope

Without a skipping rope to hand, these carefree children have done the next best thing and simply improvised – by using an enormous dead snake to enjoy a moment of play.

The incredible scene, filmed in Vietnam, shows a trio of children giggling and singing as they play with the deceased reptile.

A woman’s voice can be heard behind the camera encouraging the children to play. 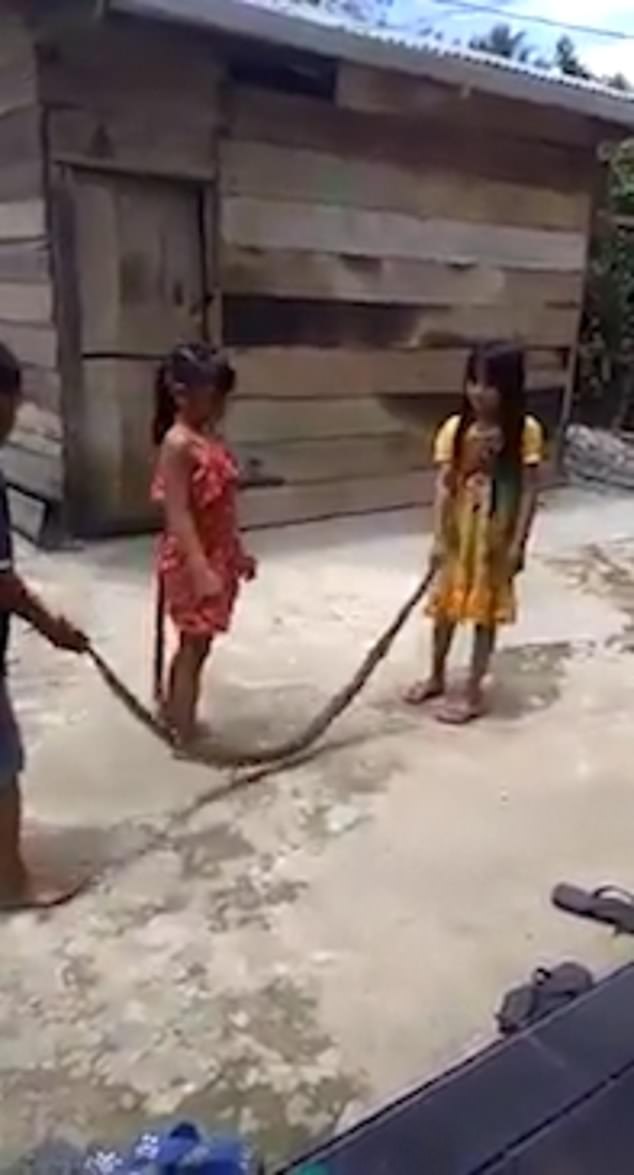 Since it was uploaded to the web two days ago, the video has gone viral and garnered nearly 80,000 views.

Vietnam is among the top countries in the world with the richest biodiversity and is home to a large variety of snakes.

It it thought 37 of these are venomous and include Asian cobras, coral snakes, kraits and pit vipers. 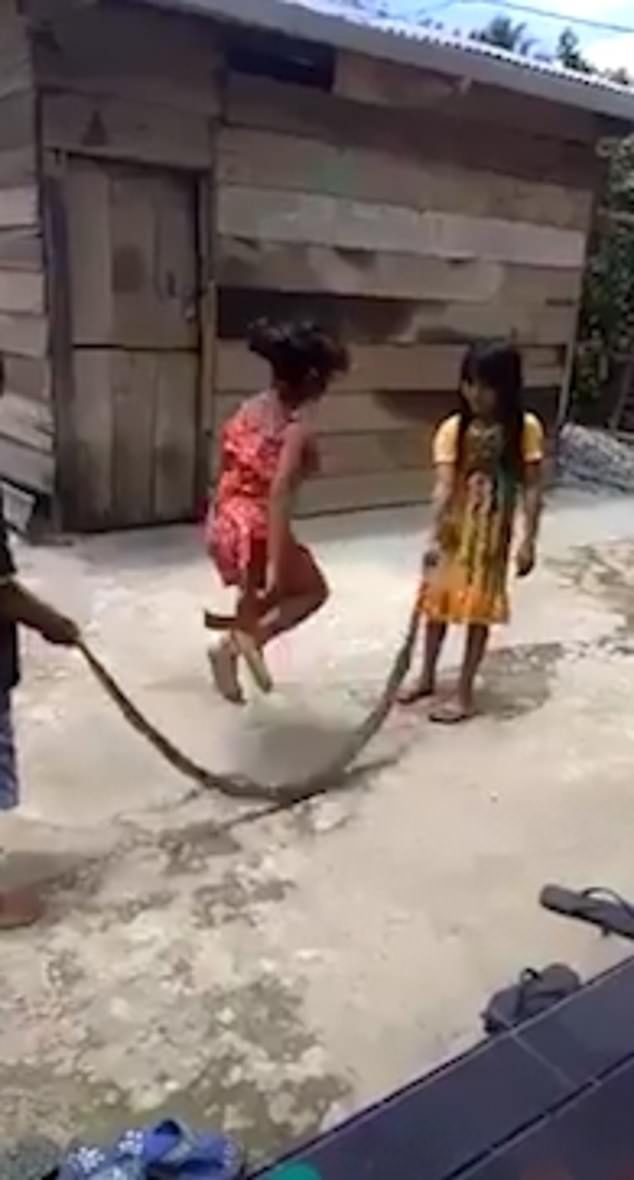 The unusual scene, caught on video, has gathered almost 80,000 views since going online 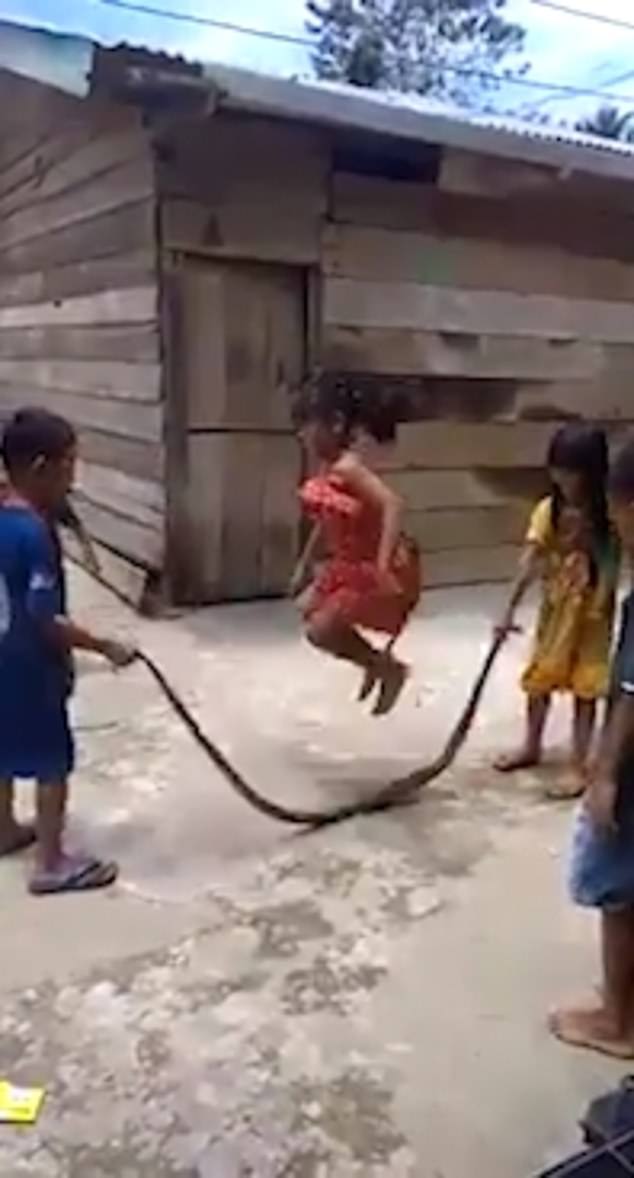 Vietnam is home to a large variety of snakes, including at least 37 that are venomous