China has accused Apple of monitoring its users through spyware on its phones and computers.

The Chinese Ministry of Foreign Affairs said today that the world should be wary about the US tech company because it had assisted Washington to spy on ordinary users as well as country leaders ‘for as long as 10 years’.

Beijing’s spokesperson made the allegation after the United States claimed Chinese company Huawei could be collecting intelligence for Beijing and urged its allies to block the firm from their 5G networks. 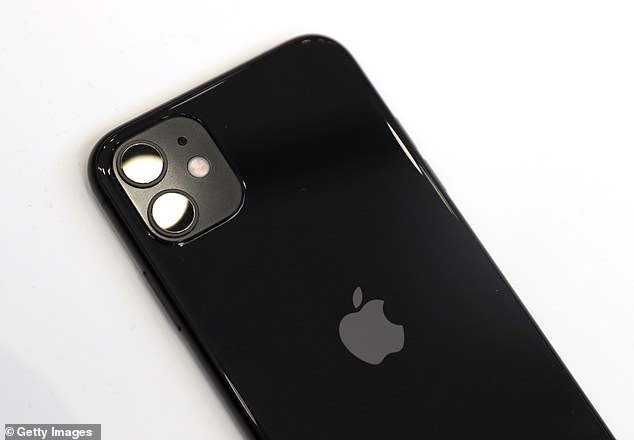 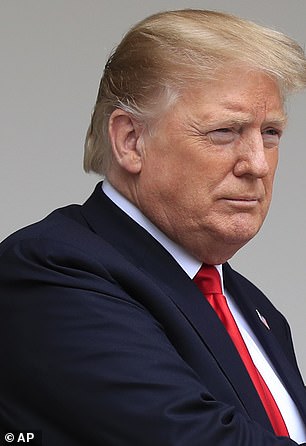 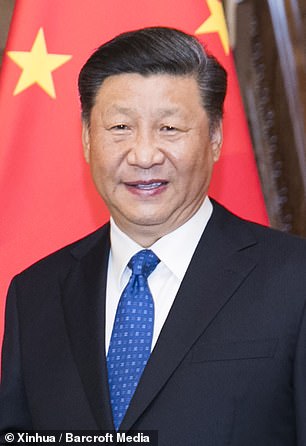 Relation between Washington and Beijing has been tense after the two nation were engaged in a bitter trade war. US President Trump and Chinese President Xi are trying to resolve the disputes through talks and their top negotiators are due to meet in Washington next month

Hua Chunying, a spokesperson from the Ministry, also accused American IT provider Cisco of secretly collecting information from its users through the firm’s devices.

Washington has accused Huawei of spying on its users for Beijing – allegations the Chinese tele-communication giant and Beijing have repeatedly denied.

In May, US President Trump issued orders to block Huawei and its subsidiaries from using American components, suppliers and technology out of concerns over national security.

Google then cut ties with the Shenzhen-based company, blocking it from using its Android system on phones. 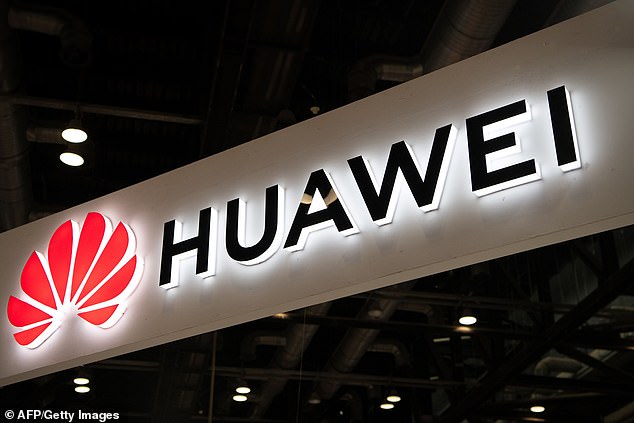 A US delegation raised its concerns over a possible security risk in using Huawei’s 5G technology during a visit to Saudi Arabia, the United Arab Emirates and Bahrain last week 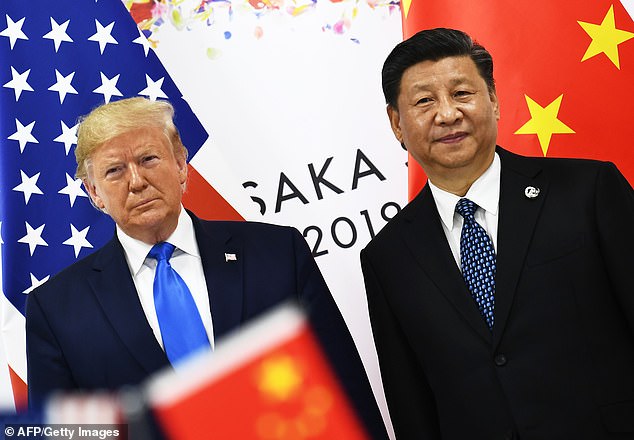 The accusations emerged as the trade war between China and the United States deepened. The two countries’ leaders are seen attending their bilateral meeting in Japan in June

Although the United States has delayed the ban on Huawei twice – each time for 90 days – the potential trade sanction has enraged Beijing, which accused Washington of carrying out ‘disgraceful and immoral crackdown’ on Chinese firms.

Hua blasted Apple and Cisco today in response to remarks made by US officials during a trip to the Middle East last week.

While visiting Saudi Arabia, the United Arab Emirates and Bahrain – all of which are using Huawei equipment, a US delegation raised its concerns over a possible security risk in using the Chinese company for their 5G mobile infrastructure.

‘We shared a … message about the importance of securing 5G technology and applying risk based security principles,’ Robert Strayer, the U.S. State Department’s deputy assistant secretary for cyber, international communications and information policy said on Thursday.

The US semiconductor industry last week urged President Trump to ease the ban on sales to Huawei. 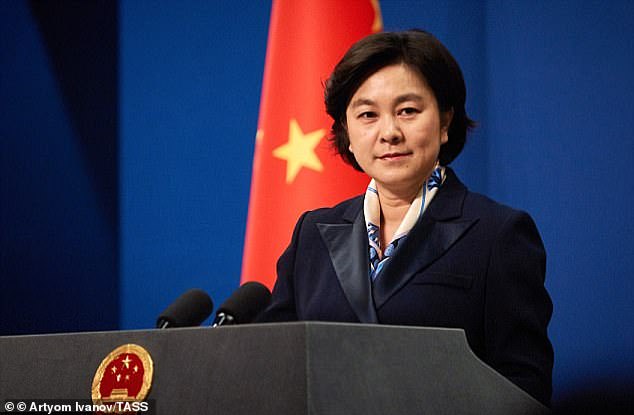 Hua Chunying (pictured), a spokesperson from the Chinese Ministry of Foreign Affairs, claimed that Apple and Cisco had been monitoring its users on behalf of US intelligence

She said Washington had never provided any evidence to support its claims against Huawei.

She then accused Apple and Cisco of assisting the US intelligence in snooping on their users.

Hua said: ‘As early as 2014, Apple acknowledged in a statement to have extracted personal data including short messages, contact lists, pictures from its users’ mobile phones through a “back door” in its system.’

She added: ‘According to leaked information by project PRISM, American people barely have any personal privacy in data including their phone calls, communications, documents and voice recordings in front of US intelligence.

‘In additional, leaders from 35 countries – including some of America’s most intimate allies – have had their phone calls monitored. Some of them have been monitored for as long as 10 years.

‘According to public information, the [sources that] assisted such spying and monitoring were US companies including Cisco and Apple.’

MailOnline has reached out to Apple and Cisco for comments. 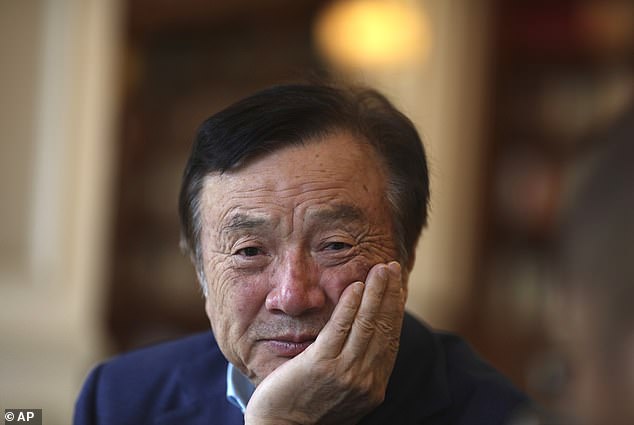 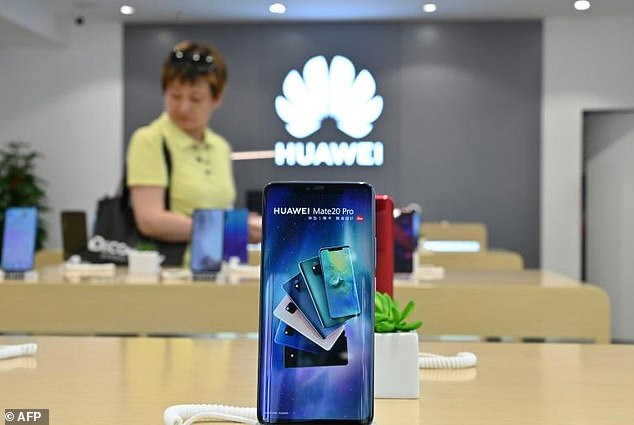 It was the world’s second largest smartphone producer last year, after South Korean Samsung and ahead of Apple.

The firm has been the centre of a year-long China-US trade war that has seen tit-for-tat tariffs imposed on hundreds of billions of dollars worth of goods.

In December, Canadian police arrested Huawei executive Meng Wanzhou on a US warrant when she made a stopover at Vancouver International Airport, a moved that sparked political tensions between Beijing and Ottawa. 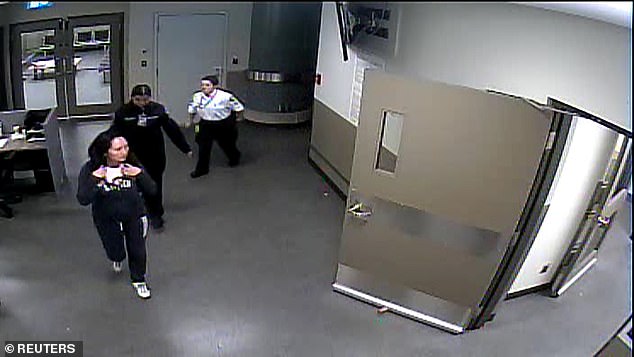 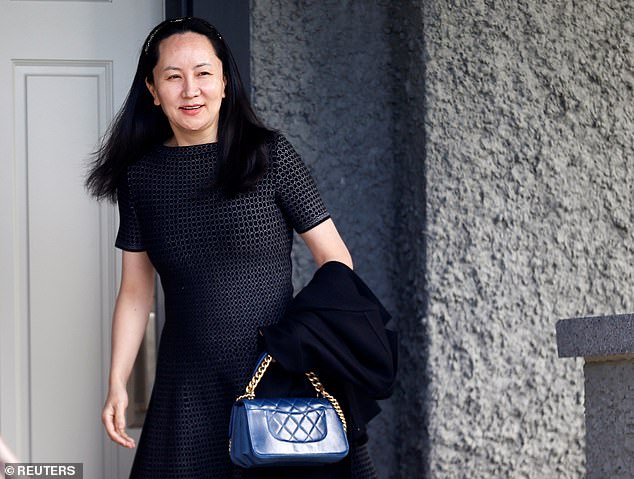 Ms Meng, Huawei’s CFO and heiress-apparent, is facing extradition to the U.S. over alleged violations of American sanctions against Iran. Her extradition hearings are set to be next January, more than a year after she was arrested during her trip from Hong Kong to Mexico

Ms Meng, the daughter and heiress-apparent to Huawei’s billionaire founder Ren Zhengfei, is currently facing extradition to the United States.

The United States wants to put Meng on trial for fraud for allegedly violating Iran sanctions and lying about it to U.S. banks – accusations her lawyers dispute.

She was released on bail of C$10 million ($7.5 million dollar) last December and are waiting for extradition hearings which are to start in January.

Huawei is set to release a phone using its own operating system later this year after Google stopped supporting Android on its devices in the wake of spying allegations.

Washington has urged its allies to ban Huawei from their 5G networks, or they might be blocked from US intelligence-sharing.