China could attempt to interfere in the Tory leadership election in a similar manner to alleged Russian meddling in the 2016 Brexit referendum, British security sources fear.

For the first time, Conservative Party members will have the opportunity to change their postal vote online – once only – if they have a rethink and want to back a different candidate in the contest.

But the security sources have raised the prospect that the reform could leave the process vulnerable to foreign cyber-hacking.

A 2020 report by the Intelligence and Security Committee found ‘substantial evidence’ that Russian interference was commonplace, including in the 2016 referendum on withdrawing from the EU. 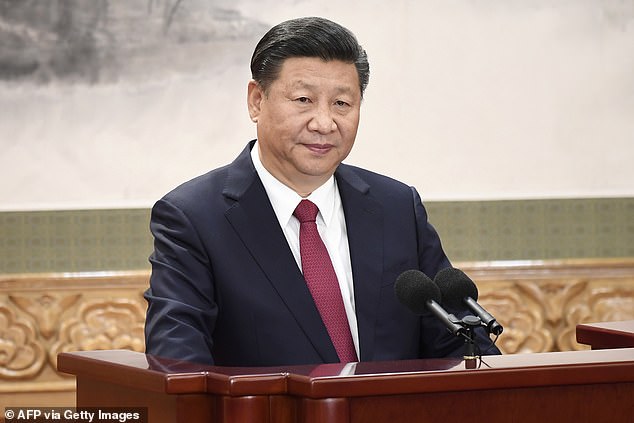 Chinas President Xi Jinping delivers a speech as the head of seven-member Communist Party of China’s new Politburo Standing Committee, the nation’s top decision-making body, at the Great Hall of the People in Beijing on October 25, 2017

While Foreign Secretary Liz Truss has adopted a hard line on Russia and China, Rishi Sunak has taken a more emollient approach, on the grounds that it is in the interests of international trade.

After the former chancellor launched his leadership bid, China’s largest state tabloid praised him for his record on strengthening ties with the country.

The Global Times, a sister publication of the Chinese Communist Party mouthpiece the People’s Daily, said that while ‘most of the candidates hold a tough stance on China’, he was the only one with ‘a clear and pragmatic view on developing UK-China ties’.

In her interview with today’s Mail on Sunday, Ms Truss trumpets her record on both countries, saying: ‘We made a huge mistake as the free world in being too close to Russia, allowing Russia into the G8, Europe becoming dependent on Russian oil and gas, and allowing Russian business culture to influence places like London. 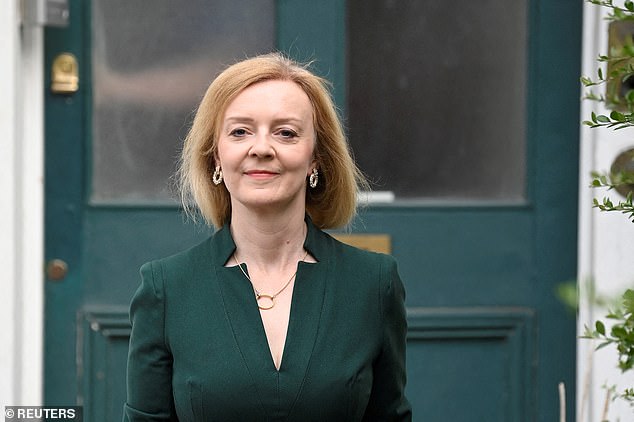 While Foreign Secretary Liz Truss has adopted a hard line on Russia and China, Rishi Sunak has taken a more emollient approach, on the grounds that it is in the interests of international trade

‘Now we have fixed that with the toughest sanctions regime that any country in the world has on Russia and I urge Europe to get off Russian gas as soon as possible because that is funding Vladimir Putin’s war machine, and I think we need to be very clear that Russia is working with China.

‘We shouldn’t be strategically dependent on China – we should be very careful in areas such as technology that we’re not enabling the threat against us.’

Ms Truss added: ‘We need to be working more with like-minded nations to build our resilience and whether that’s in energy, whether it’s in food, what we cannot be is dependent on those authoritarian regimes.’

Several other family members, including Murty’s father, have a stake in Infosys, which is worth around £67 billion.

The Chinese subsidiaries of the group generated 12.9 billion rupees (£134 million) in total turnover last year and are believed to employ around 3,300 workers at offices in Shanghai, Beijing, Dalian, Hangzhou and Jiaxing.