China has threatened to target UK firms including HSBC and Jaguar Land Rover as the bitter row over Beijing’s brutal clampdown on dissent in Hong Kong deepened today.

The authoritarian Communist state accused Boris Johnson of provoking it by suspending an extradition treaty covering the former British territory in the wake of attempts to stifle widespread pro-democracy protests.

Yesterday, Foreign Secretary Dominic Raab announced the suspension of an extradition treaty with Hong Kong, amid anger at alleged Chinese human rights abuses in the region, as well as against its Uighur Muslim population.

The UK was accused of ‘dance to the tune of Americans’ who are urging a hardline approach to the growing super-power.

US secretary of state Mike Pompeo is in London today for talks with the Prime Minister and Mr Raab that are likely to focus on China.

Citing Chinese ‘observers’, the Global Times noted: ‘In the face of escalating tensions not only with the UK but also with the US, retaliation is always the last choice for the Chinese government…

‘However, if the UK, as part of the Five Eyes, upholds such a hostile attitude toward China, Beijing may have no other choice but to strike at British companies like HSBC and Jaguar Land Rover in response to the sanctions imposed by 10 Downing Street.’ 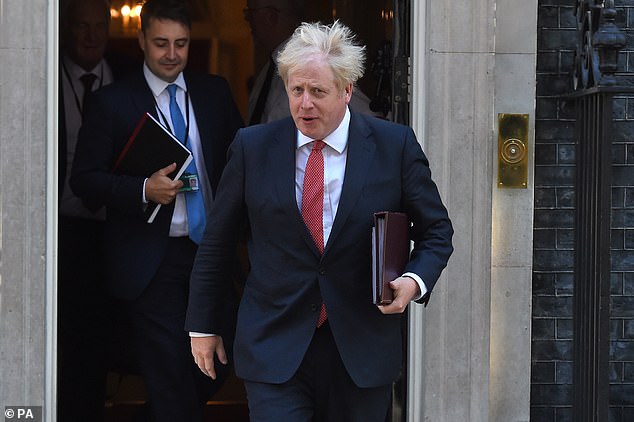 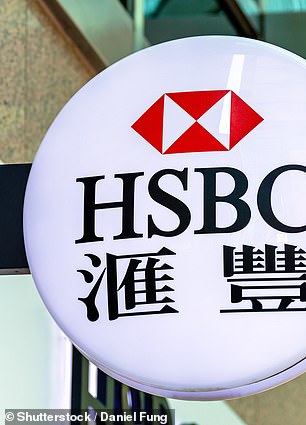 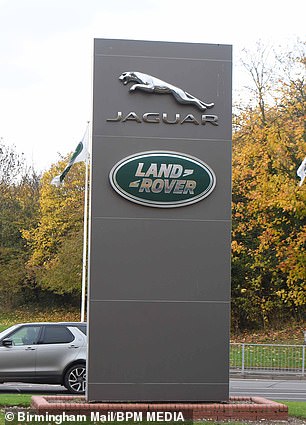 HSBC has previously been criticised for backing the Chinese clampdown in Hong Kong as it sought to secure its position. Jaguar Land Rover meanwhile sees China as an important growth market for its upmarket brands

HSBC has previously been criticised for backing the Chinese clampdown in Hong Kong as it sought to secure its position. It was founded in Hong Kong in 1865 but has been headquartered in London since 1993.

A spokesman for the Chinese Embassy in London said in a statement Beijing had expressed its concerns over the UK interfering in Hong Kong matters ‘which are internal affairs of China’.

The statement also warned that the UK will ‘bear consequences’.

All eyes are now set to be on Mr Pompeo’s visit to the UK, with the US Secretary of State expected to praise Britain’s stance towards Russia.

The China hawk was pictured disembarking while wearing a face covering decorated with the stars and stripes of the US flag after his plane touched down at an unnamed airport in London.

Mr Pompeo wrote on Twitter: ‘Great to be back in London to reaffirm the special relationship we share with our closest ally.

‘Looking forward to meeting with Boris Johnson and Dominic Raab as we tackle our most pressing global issues in combating Covid-19 and addressing our shared security challenges.’

China imposed a new national security law on Hong Kong at the end of June this year.

The controversial legislation criminalises secession, subversion and collusion with foreign forces but also curtails rights to protest and freedom of speech.

Crucially, the rules apply outside the borders of China.

This has stoked fears Beijing could try to use the extradition mechanism to drag any overseas residents involved in pro-democracy activism back to Hong Kong.

The UK does currently have an extradition treaty with Hong Kong but it does not have one with China.

There are fears that people could be extradited back to Hong Kong to be unfairly punished.

Canada and Australia have both already suspended their extradition arrangements with Hong Kong with the US currently considering whether to also follow suit.

The arrival of Donald Trump’s hardline envoy comes after the UK not only suspended its extradition treaty with Hong Kong but also slapped an arms embargo on the territory in response to China’s national security law.

Mr Raab said the measures were a ‘reasonable and proportionate’ response to the law imposed by Beijing – a law Washington has joined in criticising.

Former Tory leader Sir Iain Duncan Smith told the BBC’s Newsnight programme that many countries were concerned about the government in Beijing.

He said: ‘This is a problem for the free world right now, so France and Germany are having to make decisions.

‘You’ve got other countries elsewhere in Europe and in the far east that are all worried about the dominance and the dependency that China is putting people into given the nature of its regime.’

Writing in The Daily Telegraph, former Canadian prime minister Stephen Harper said countries like Britain ‘must avoid a China-centric view’ and called on Mr Johnson to help the UK ‘assume a much greater role in global affairs than has been the case in many years’.

Frosty relations between the US and China led to President Donald Trump’s administration imposing sanctions on Huawei over security concerns – a decision that played a major part in the UK Government’s move last week to demand that the Chinese technology giant’s equipment is stripped out of the country’s burgeoning 5G network by 2027.

Backbench Tories, including Commons Liaison Committee chairman Sir Bernard Jenkin, have been pressing for a tougher approach to Beijing, particularly in relation to its role in building nuclear power plants in Britain.

The U-turn on Huawei – a reversal of the announcement in January allowing it a limited 5G role – has left China aggrieved.

The Chinese ambassador to the UK, Liu Xiaoming criticised the Government’s approach in a combative BBC interview on Sunday, denouncing Britain for ‘dancing to the tune’ of the US and accusing Western countries of trying to foment a ‘new cold war’ with China. 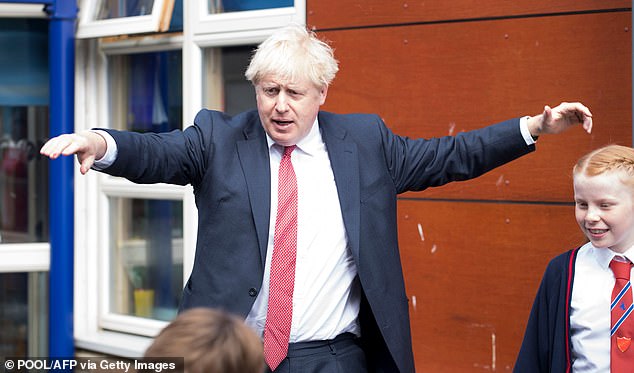 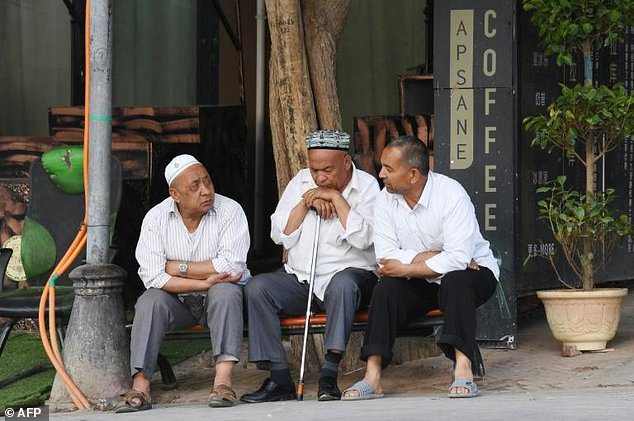 Uighur men resing in front of a coffee bar in Kashgar, western Xinjiang. China denies abusing the Uighur population and says such accusations are slander

But on Monday, Mr Raab took further action when he told MPs the extradition treaty with Hong Kong was being suspended ‘immediately and indefinitely’ because of concerns the security legislation could allow cases to be transferred to mainland China.

An arms embargo with mainland China has been in place since 1989 and that will now be extended to Hong Kong because of the extra powers Beijing now has for the internal security of the territory.

In an interview before Mr Raab’s announcement, the Prime Minister had promised to strike a balance in his approach to Beijing, resisting pressure from China hawks to take a hardline stance.

‘I’m not going to be pushed into a position of becoming a knee-jerk Sinophobe on every issue, somebody who is automatically anti-China,’ he said.

‘But we do have serious concerns.’

Shadow foreign secretary Lisa Nandy suggested the Government could take steps to bar Chinese Communist Party officials from the UK and called for a ‘new era’ in terms of the Britain’s relationship with the country.