London: China has prevailed in its bid to have a senior PRC government official elected to Interpol’s governing committee. 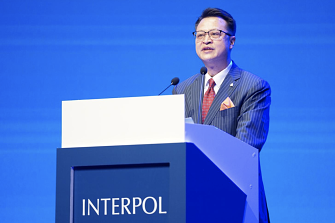 Hu Binchen was elected to Interpol’s executive committee on Thursday.Credit:Twitter/Interpol_HQ

“Mr Binchen HU of China and Mr Praveen SINHA of India have been elected to the posts of Delegate for Asia (3-year term),” Interpol said in a tweet.

Hu Binchen is a deputy general in China’s Ministry of Public Security which oversees policing.

His candidacy was opposed by MPs who are part of global alliance representing democratic countries who say his election would give Beijing the green light to misuse the agency and in particular the Red Notices it issues for arrests of wanted fugitives who have fled abroad to evade justice.

The Australian Federal Police, which represents Australia at Interpol was contacted for comment.