Chronically ill father, 49, is denied disability benefits and dies stressing that he is ‘still not sick enough’ in his precious final moments with his brother

A dying man was denied his disability benefits and told his brother he was ‘still not sick enough’ just hours before his tragic death.

Father-of-six Jamie Oliver, 49, was refused his payments twice and struggled to meet costs in the final few months before he died on April 9, according to his brother Dave Smith. Their precious final moments were snatched away from them as the father stressed about what was going to pay for the electricity bill.

Dave, 53, has berated the system which refused Jamie his benefits under the Personal Independence Payment (PIP) scheme. He said the assessors had scored him ‘physically fit’ and zero on everything despite struggling to get out bed and needing assistance to go to the toilet. 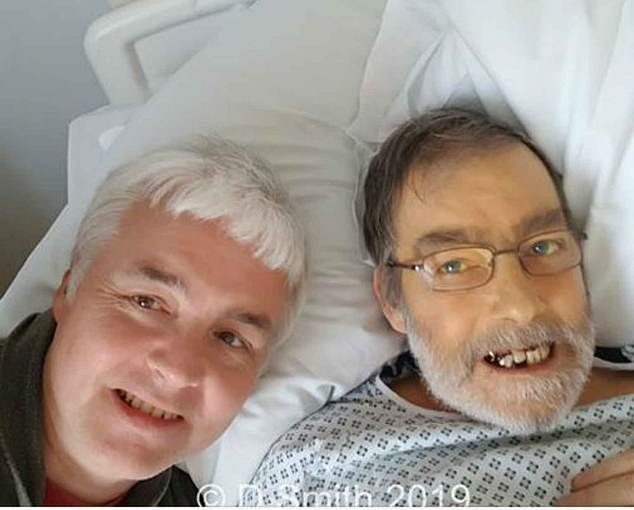 Heartbreaking: This is the final moment Dave Smith spent with his brother Jamie Oliver, 49, (pictured right) before he passed away from chronic liver disease. Their last time was snatched away by stress as Jamie had been denied his disability benefits after assessors claimed he was ‘physically fit’

He was even tested by the bureau before and scored around 25 points which makes him eligible for help.

Dave shared a heartbreaking picture capturing the pair grinning together from Jamie’s hospital bed 12 hours before he passed away from chronic liver disease.

Dave said: ‘He knew he was going to die but it would have been around now that it happened if he’d had his twelve months as expected. 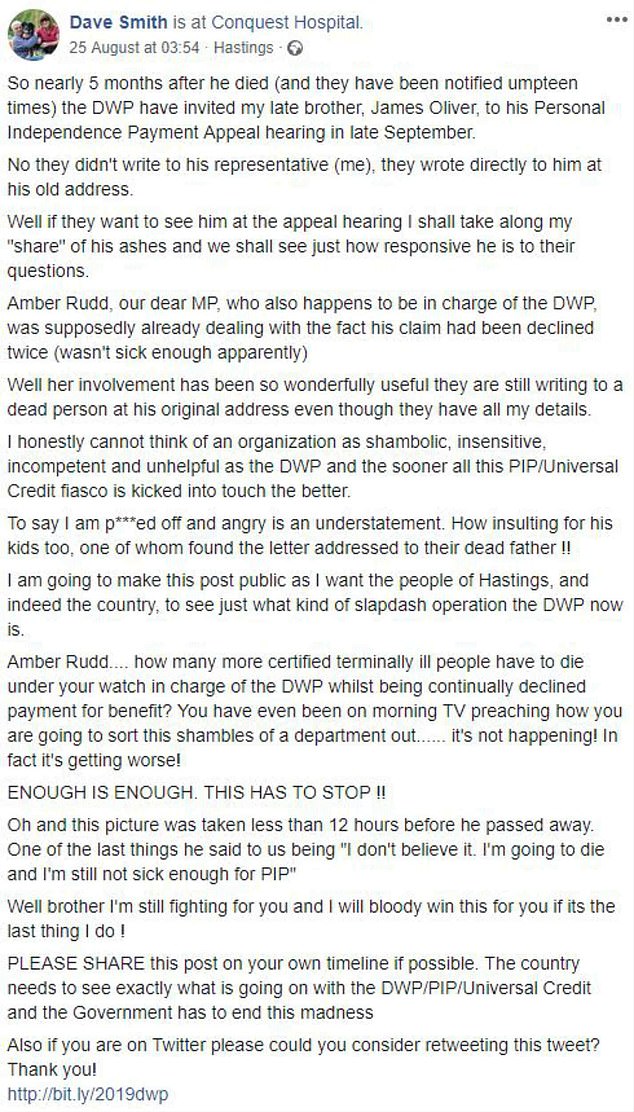 ‘ENOUGH IS ENOUGH’: Dave has been very vocal on social media regarding the unfair treatment of his brother who was last heard saying ‘I’m still not sick enough for PIP’ in his final 12 hours

‘I believe he would have done it. When he was told he was going to die, he went into shock.’

He added how the doctor had advised his brother to cut down his drinking and he managed to become more himself from November.

But when he received an application which refused his PIP, ‘it just finished’ him.

He became increasingly depressed and then he started drinking more again – forcing Dave to drive 30 miles and look after Jamie at his home as they were at a losing battle trying to make him feel better. 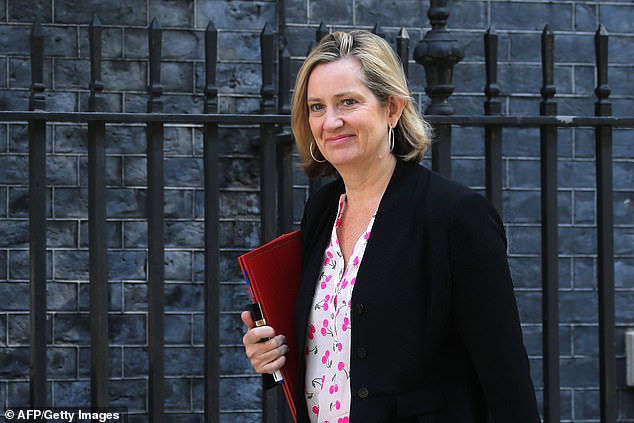 He added: ‘It was an insult. This was a guy who was walking with a stick and the only place he visited was his local supermarket which was up a hill.

‘No word of a lie, he’d start in the morning and he wouldn’t be back for about three hours. It killed him. He needed round-the-clock help.’

Jamie went on to ask his consultant if he was going to die and was told ‘the end is virtually here’.

It was ‘cruel beyond belief’ as Dave recounts the heartbreaking moment where the consultant treated his brother ‘as a nothing’.

On social media, Dave added: ‘Jamie throughout his life was never one to be seen crying other than at the death of close family members.

‘But from December 2018 right up until his death in April we saw him cry many times in total frustration that delay after delay was being caused by the DWP and nobody was there to help him through it.’

He was even sent a meeting invitation from the DWP five months after his death and Dave has sarcastically offered to bring his brother’s ashes for the meet-up next month.

The protective brother said he shall take his ‘share’ of ashes and see ‘how responsive’ they are to his questions.

‘My brother was already broken over this. He wouldn’t want any more people to suffer this way’, he told Mirror Online.

He was quick to blast his brother’s MP Work and Pensions Secretary Amber Rudd on social media – who happens to be in charge of the DWP and has allegedly taken no action on the alleged delivery of a DWP letter to his deceased brother’s address – inviting him for a chat.

‘I honestly cannot think of an organization as shambolic, insensitive, incompetent and unhelpful as the DWP and the sooner all this PIP/ Universal Credit fiasco is kicked into touch the better. To say I am p***ed off and angry is an understatement.

‘How insulting for his kids too, one of whom found the letter addressed to their dead father!!’

A government spokesman has said they are ‘very sorry for the distress caused’ and are investigating the issue to prevent it happening again.