Washington: One former senior foreign policy official in the Obama administration received messages from someone on LinkedIn offering to fly him to China and connect him with "well paid" opportunities. 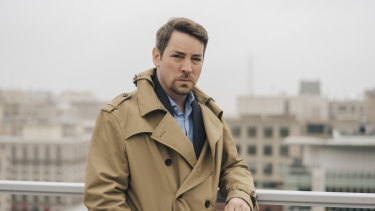 Brett Bruen, a former Obama White House official and career diplomat who says he was offered to be connected with “well-paid opportunities” in China. Credit:Justin T. Gellerson/The New York Times)

A former Danish Foreign Ministry official got LinkedIn messages from someone appearing to be a woman at a Chinese headhunting firm wanting to meet in Beijing. Three middle-aged men showed up instead and said they could help the former official gain "great access to the Chinese system" for research.

A former Obama White House official and career diplomat was befriended on LinkedIn by a person who claimed to be a research fellow at the California Institute of Technology, with a profile page showing connections to White House aides and ambassadors. No such fellow exists.

Foreign agents are exploiting social media to try to recruit assets, with LinkedIn as a prime hunting ground, Western counterintelligence officials say. Intelligence agencies in the United States, Britain, Germany and France have issued warnings about foreign agents approaching thousands of users on the site. Chinese spies are the most active, officials say. 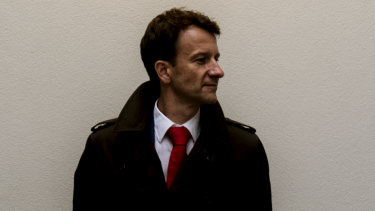 "Instead of dispatching spies to the US to recruit a single target, it's more efficient to sit behind a computer in China and send out friend requests to thousands of targets using fake profiles."

The use of social media by Chinese government operatives for what American officials and executives call nefarious purposes has drawn heightened scrutiny in recent weeks. Facebook, Twitter and YouTube said they deleted accounts that had spread disinformation about the Hong Kong pro-democracy protests. Twitter alone said it removed nearly 1000 accounts.

It was the first time Facebook and Twitter had taken down accounts linked to disinformation from China. Many governments have employed similar playbooks to sow disinformation since Russia used the tactic to great effect in 2015 and 2016.

LinkedIn, owned by Microsoft, is both another vehicle for potential disinformation and, more important, an ideal one for espionage recruitment, American officials say.

That is because many of its 645 million users are seeking employment opportunities, often from strangers. To enhance their prospects, many former government employees advertise that they have security clearances.

LinkedIn is also the only major U.S. social media platform not blocked in China, since the company has agreed to censor posts containing sensitive material.

"The Chinese want to build these options with political, academic and business elites," said Jonas Parello-Plesner, the former Danish Foreign Ministry official who reported the apparent recruiting attempt by the Chinese that began over LinkedIn. "A lot of this thrives in the gray zone or the spectrum between influence-seeking and interference or classical espionage."

People who have just left government are especially vulnerable since they are often looking for new employment, he and other former officials say. 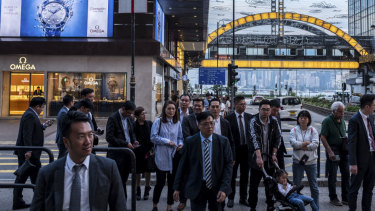 The Empire Centre in Hong Kong, where a company calling itself R&C Capital falsely claimed to have its offices.Credit:New York Times

Nicole Leverich, a spokeswoman for LinkedIn, said the company proactively finds fake accounts to remove and has a team that acts on information from a variety of sources, including government agencies.

"We enforce our policies, which are very clear: The creation of a fake account or fraudulent activity with an intent to mislead or lie to our members is a violation of our terms of service," she said.

Some photographs on fake accounts are generated by artificial intelligence, The Associated Press reported.

In multiple recent cases, LinkedIn proved to be an effective recruiting tool. A former employee of the CIA and Defense Intelligence Agency, Kevin Patrick Mallory, was sentenced in May to 20 years in prison for spying for China. The relationship began after he replied in February 2017 to a LinkedIn message from a Chinese intelligence agent posing as a think tank representative, the FBI said.

The Justice Department in October charged a Chinese intelligence agent, Yanjun Xu, with economic espionage after he recruited a GE Aviation engineer in a relationship that began on LinkedIn, according to the indictment.

The former Obama senior foreign policy official, speaking on the condition of anonymity for fear of jeopardising future interactions related to China, described in interviews a monthslong recruitment effort by someone who appeared to be a Chinese spy.

In May 2017, five months after the official left his government job and just after he made a trip to China, someone called Robinson Zhang reached out via LinkedIn.

Zhang's profile photo features the Hong Kong skyline, and he identifies as a public relations manager for a company called R&C Capital. In a message to the former official, Zhang described R&C as "an international consulting company based in Hong Kong" that specialises in "global investment, geopolitical issues, public policy, etc."

"I'm quite impressed by your CV and think you may be right for some opportunities, which are all well paid," Zhang wrote, according to screenshots of the exchanges.

Zhang repeatedly indicated that his company could pay for a trip to China. The former official asked multiple times for more detail on the company but did not get any substantive responses.

In an August 2017 message, Zhang said that Zhejiang University had "already determined a candidate" for a conference on China's Belt and Road infrastructure projects before suggesting other opportunities — even though the two had not shared any earlier exchanges about this or any other event.

The former official referred Zhang to a speakers' agency representing him and has not heard from Zhang since.

Although the site for R&C Capital listed its address as No. 68 Mody Road in Hong Kong, there is no company by that name there. The company is also not included in the Hong Kong corporate registration database.

Parello-Plesner, the Danish official, had similar exchanges on LinkedIn with a user by the name of Grace Woo who contacted him in 2011.

Woo said she worked for DRHR, a headhunting company in Hangzhou, China. When she learned Parello-Plesner was visiting Beijing in 2012, she suggested he stop by Hangzhou to meet with the company. She asked for an image of his passport so she could make travel arrangements, but he declined.

Parello-Plesner agreed to meet in the St. Regis Hotel in Beijing. Woo never appeared, but a young man who said he was from DRHR guided Parello-Plesner to a conference room, where three middle-aged men welcomed him. They said they were from a government research organisation, but they did not have business cards.

"I thought, 'This meeting is very dodgy,'" Parello-Plesner said.

The men told Parello-Plesner they could fund his research if he worked with them, promising "'really great access to the Chinese system,'" he said.

Parello-Plesner, suspecting the men were intelligence or security officials, reported the meeting to British officials when he returned to London, where he lived at the time.

"If I were LinkedIn, I would proactively do my homework now," said Parello-Plesner, who has researched China's foreign interference operations as a senior fellow at the Hudson Institute and wrote about his encounter last year. "This was just the tip of the iceberg."

DRHR was one of three companies German domestic intelligence officials singled out in December 2017 as front organisations for Chinese agents. Those officials concluded that Chinese agents had used LinkedIn to try to contact 10,000 Germans, and LinkedIn shut down some accounts, including those of DRHR and Woo.