Confused Costa customer turned away as she walks through drive-thru

It’s not a walk-thru! Confused Costa customer is refused service when she strolls through drive-thru on foot in bid to get a hot drink

This is the hilarious moment a confused Costa customer was turned away after she tried walking through the drive-thru area to order a hot drink.

Motorists were left stunned as they watched the woman join a queue of cars and approach the window of the new Costa coffee branch in Scarborough in Yorkshire.

Annoyed to find the normal entrance closed, she walked around to the drive-thru in a desperate bid to get a drink.

Eyewitnesses claim the woman was left ‘livid’ after being refused service at the popular coffeehouse chain. 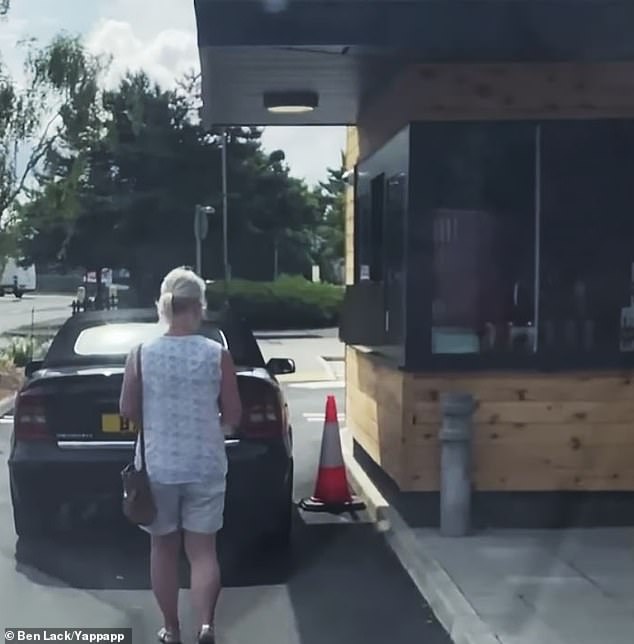 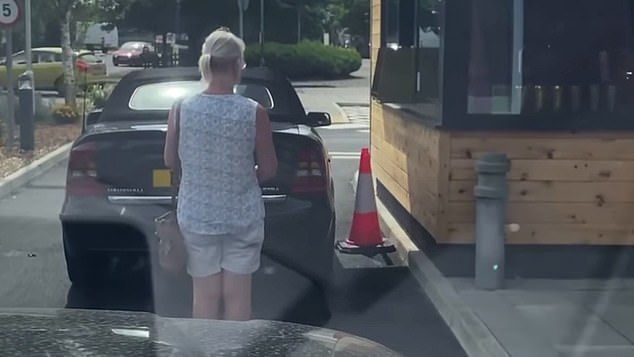 It’s not a walk-thru! In the two minute clip, she patiently waits for more than a minute in the busy queue as a bemused man filming the footage admits: ‘I’ve seen it all now’

In the two-minute clip, the woman can be seen calmly waiting amid a lengthy queue of cars.

The bemused man filming the footage on his phone admits: ‘I’ve seen it all now.’

As the woman patiently waits for more than a minute, she finally reaches the person serving her at the counter.

But before the customer can grab her cuppa’, she makes a gesture to the window and marches off as if the whole situation had been a misunderstanding. 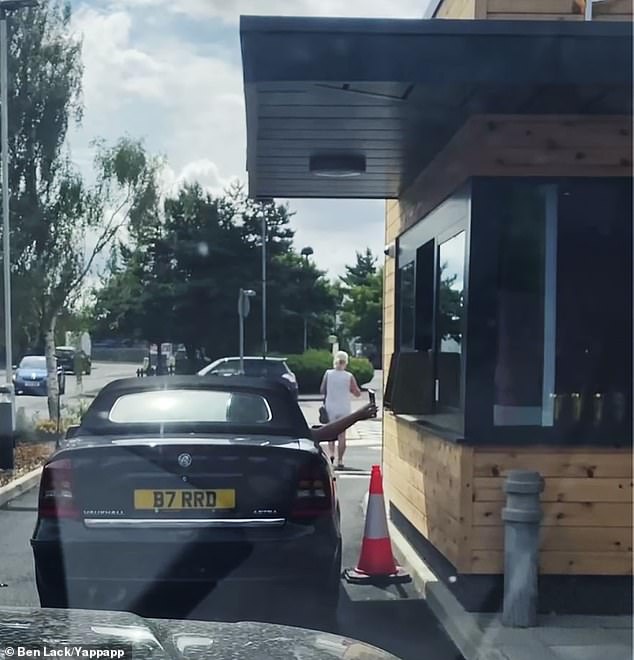 But before the confused customer can grab her cuppa’, she makes a gesture to the window and marches off as if the whole situation had been a misunderstanding

She can be seen leaving the area and heading towards a busy roundabout as cars receive their orders.

One person who was in the area at the time explained: ‘They [Costa Coffee staff] called her around and told her she could not get service there because of health and safety.

‘She was waiting in the car park while they got her a coffee and then had to move be because someone was trying to reverse into the bay she was standing in.

‘She was livid by the time she left.’