McAfee, a 75-year-old British-born maverick, was discovered dead in his cell at Brians 2 penitentiary in Barcelona, Spain, on Wednesday. 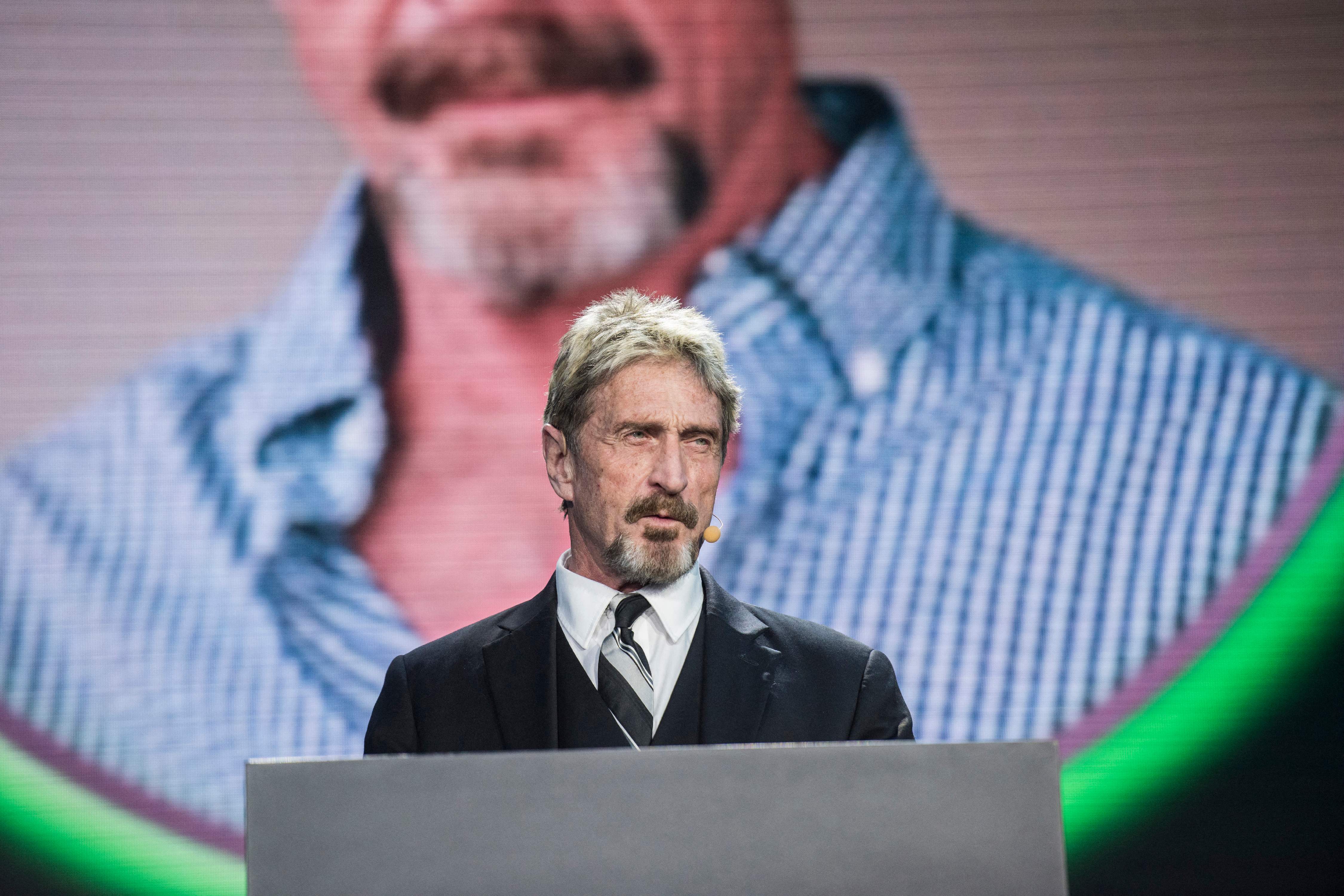 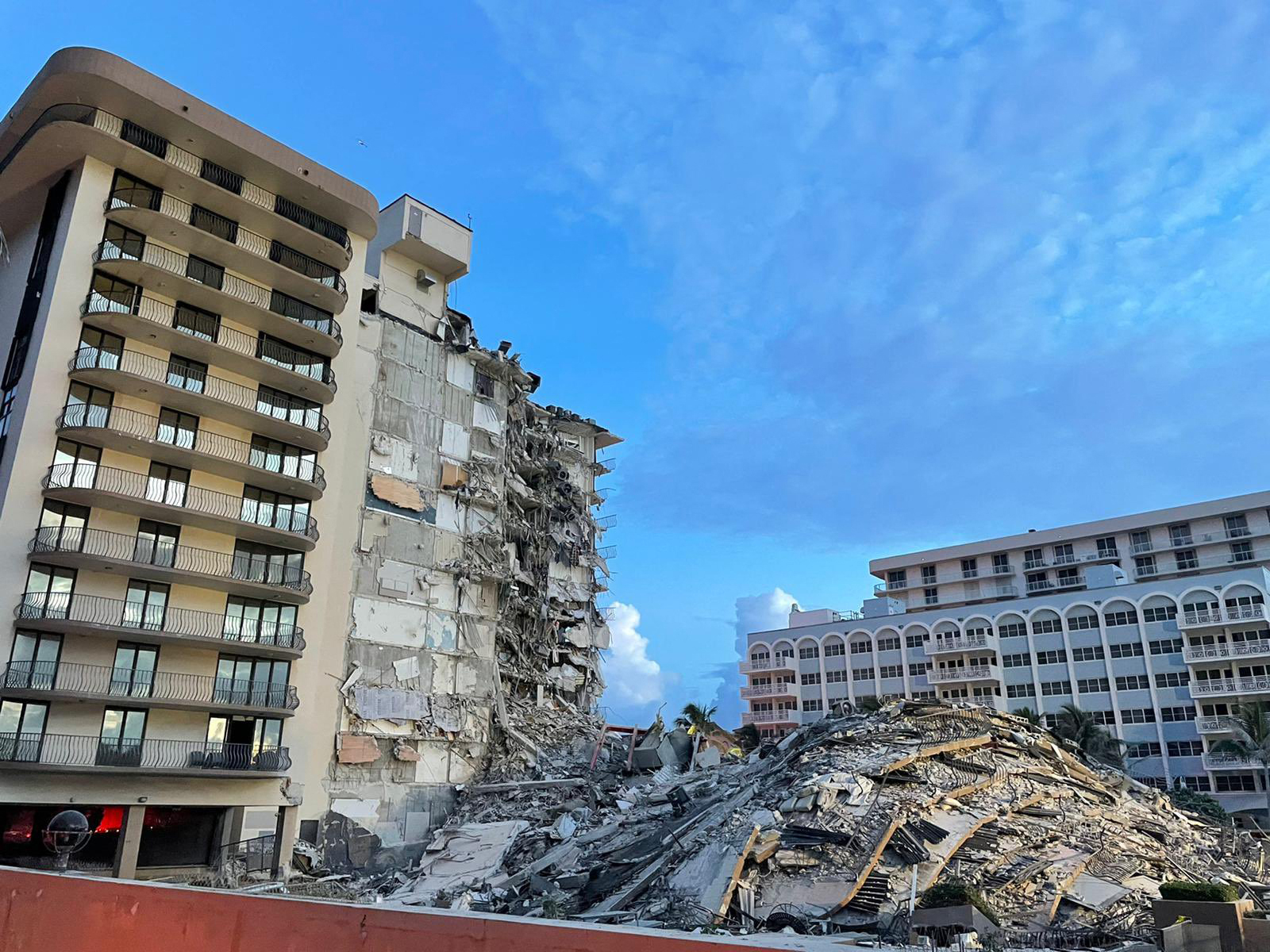 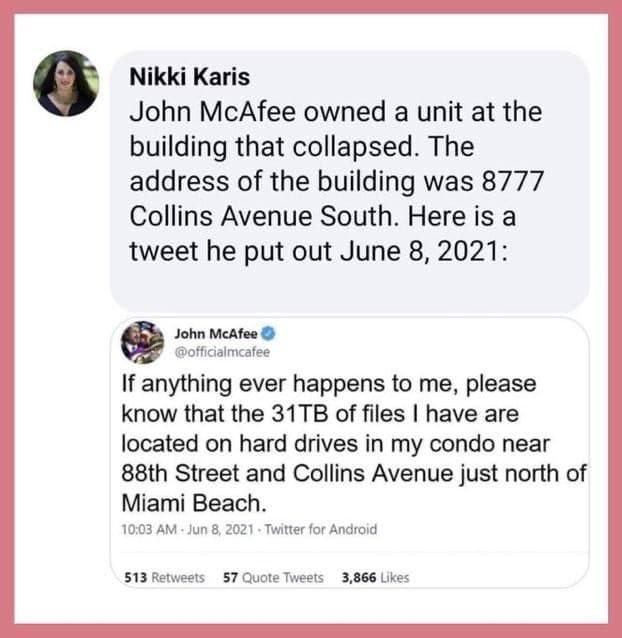 And now, conspiracy theorists have connected McAfee's death to the apartment building collapse in Miami, Florida — however, their claims have not been confirmed.

Screenshots circulating the internet of an alleged June 8 morning tweet from McAfee's Twitter account reads: "'If anything ever happens to me, please know that the 31TB of files I have are located on hard drives in my condo near 88th Street and Collins Avenue just north of Miami Beach."

The supposed tweet has prompted conspiracy theorists to claim McAfee's data stash on "government corruption" was located in the rubble of the collapsed Miami building. 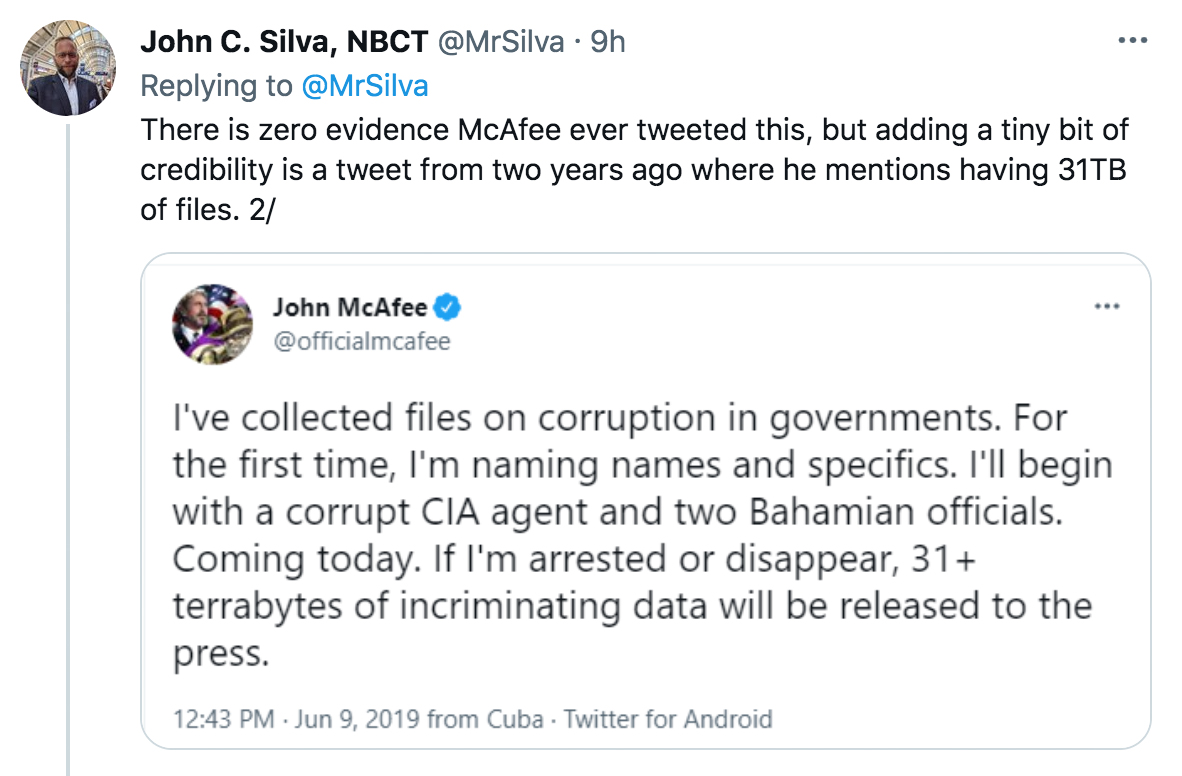 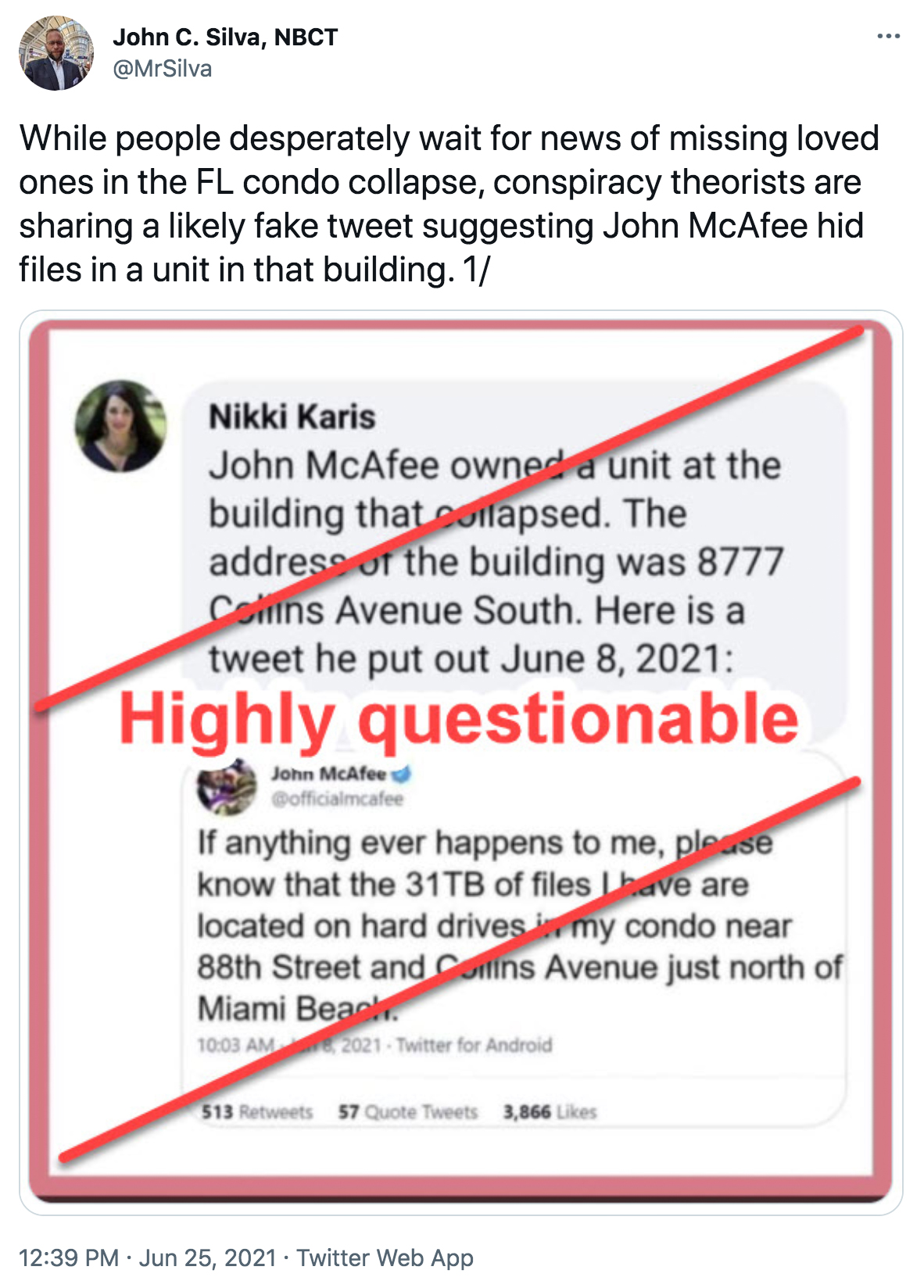 The connection was made to the tragedy-filled condo as the building's location is 8777 Collins Avenue in Surfside, Florida.

As of Friday night, at least four people are dead after the building collapsed and 159 remain unaccounted for.

Additionally, experts have warned that the condo had been sinking at an “alarming rate” since the 1990s.

Meanwhile, fact-checkers have denounced the validity of the new conspiracy theory and DailyMail.com wasn't able to locate records for a condo under the name of McAfee in the collapsed Champlain Towers.

"These claims are part of the wider conspiracies about McAfee's death," Twitter user John C. Silva tweeted. "Anons are working overtime with their motivated reasoning to make connections and justify their twisted belief that the 'Deep State' had him killed."

The DailyMail.com revealed they found two versions of the same tweet, which were shared in different forms and could've been a product of photoshop. 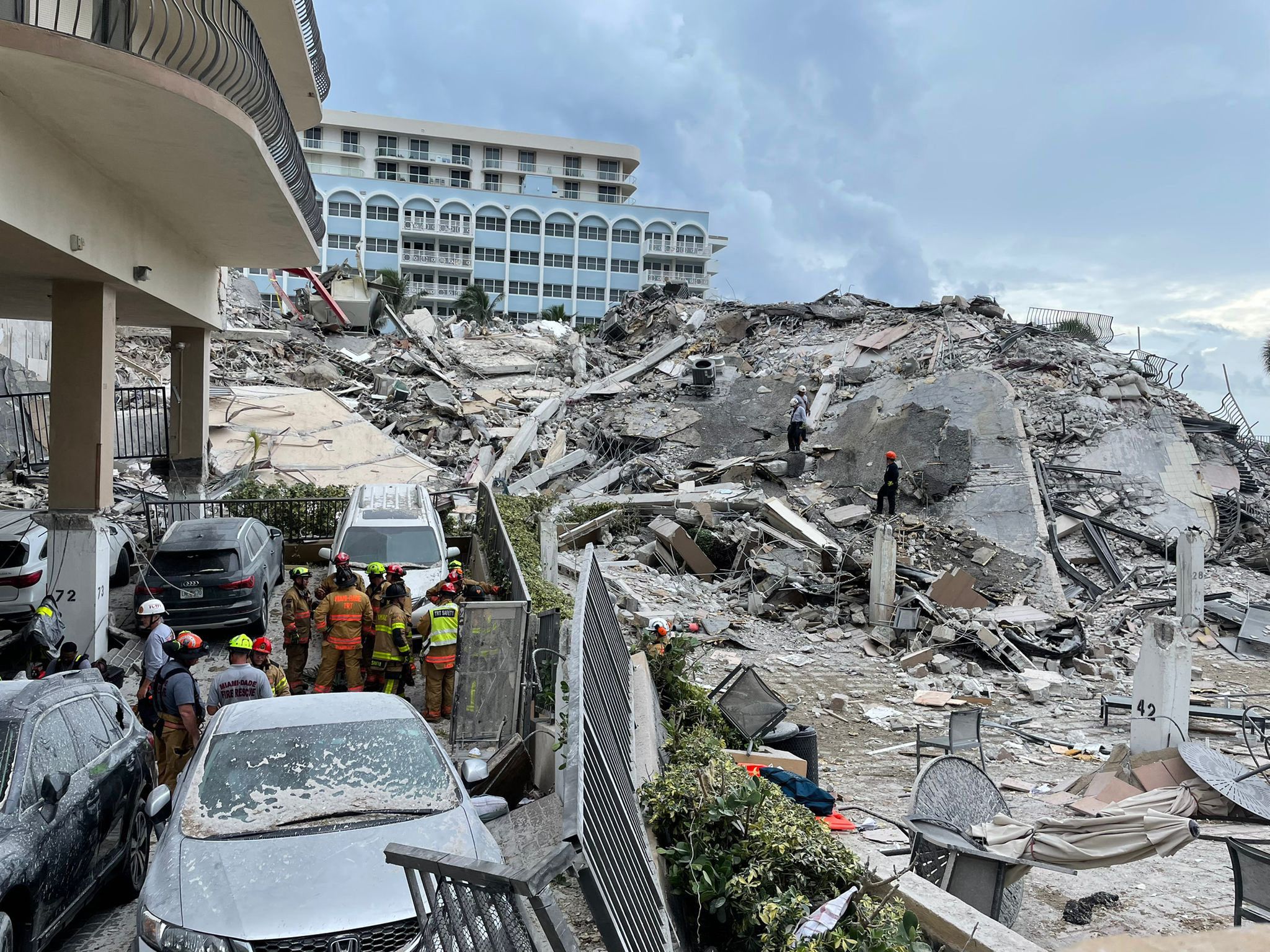 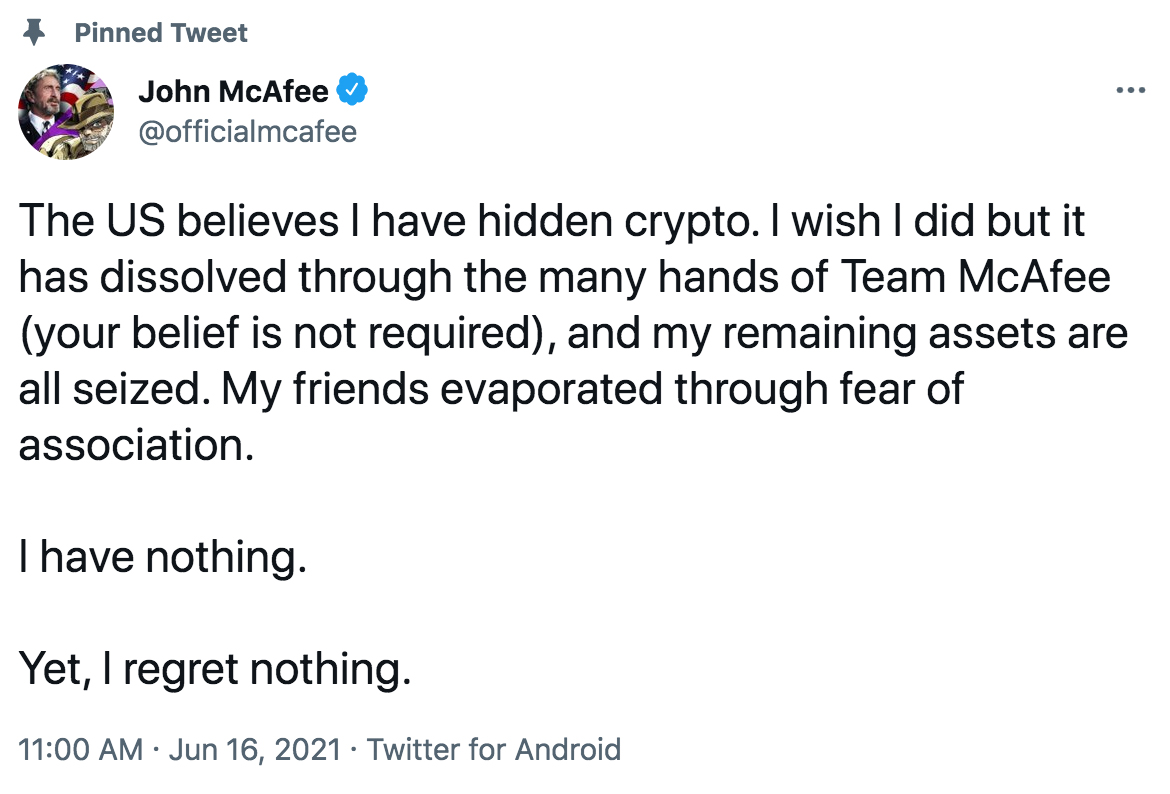 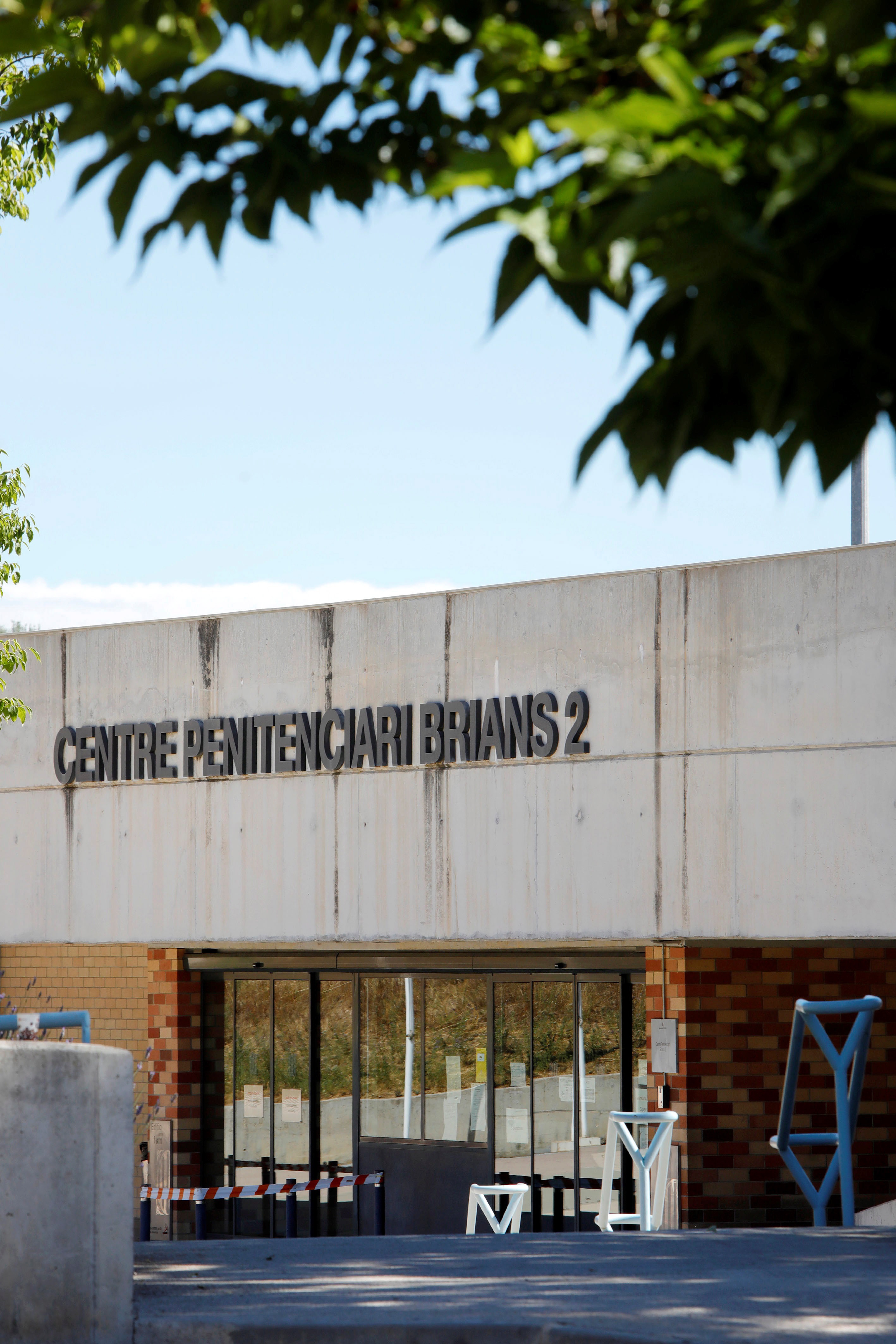 In response to another McAfee tweet that's circulating the web, Silva wrote to Twitter: "There is zero evidence McAfee ever tweeted this, but adding a tiny bit of credibility is a tweet from two years ago where he mentions having 31TB of files."

The McAfee tweet Silva was referring to read, which was shared to Twitter in 2019, read: "'I've collected files on corruption in governments.

"For the first time, I'm naming names and specifics. I'll begin with a corrupt CIA agent and two Bahamian officials.

"Coming today. If I'm arrested or disappear, 31+ terrabytes of incriminating data will be released to the press." 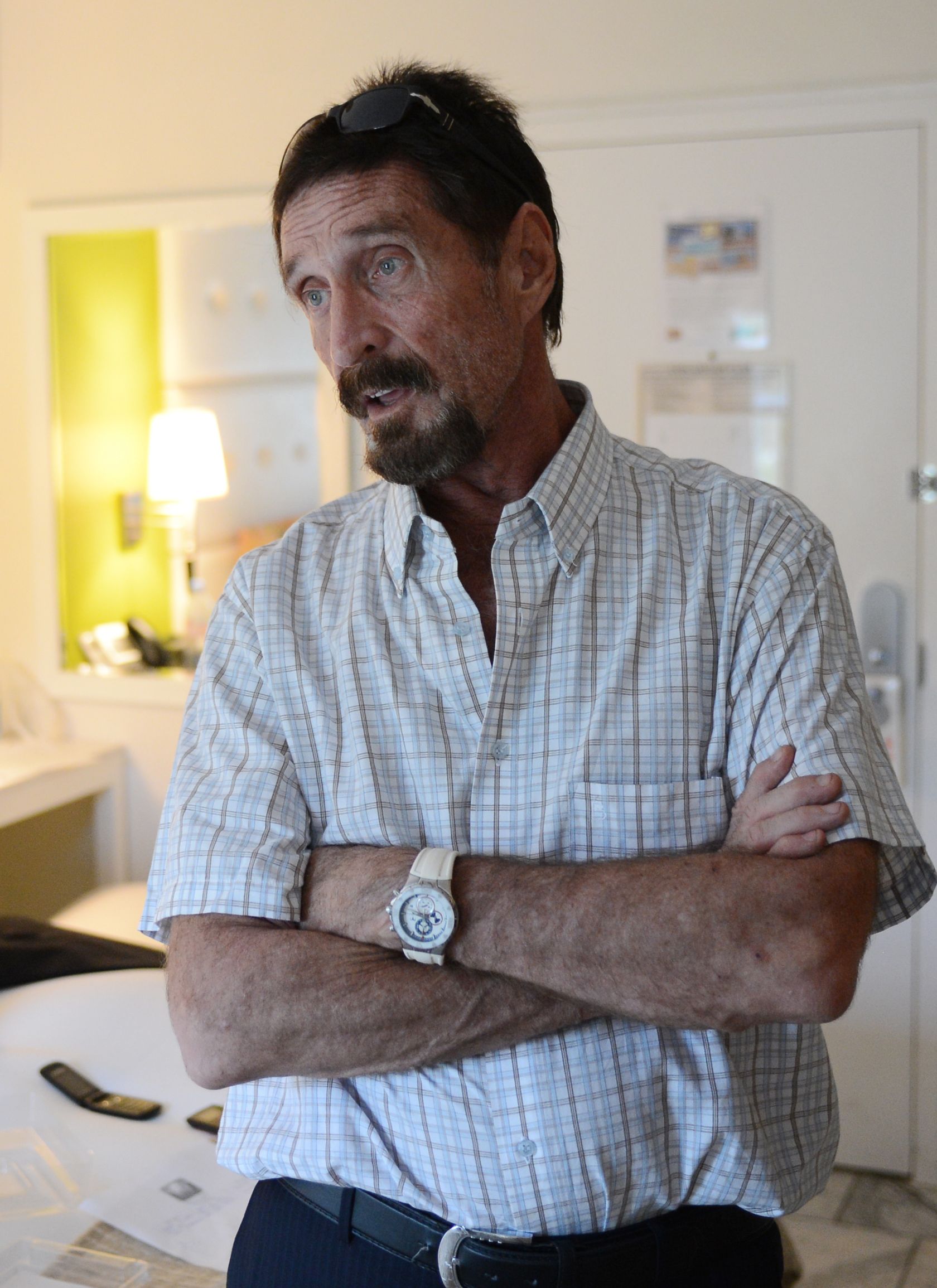 McAfee’s hanging death came hours after a judge had approved his extradition to the US to face federal indictment for evading more than $4 million in taxes.

Medics were unable to revive McAfee, with Spanish law enforcement sources told El Pais, concluding that, “Everything points to suicide.”

McAfee was taken into custody on Oct. 3 by the Spanish National Police at Barcelona’s El Prat Airport on October 3 of last year in a futile attempt to flee the country for Turkey.

He was a fugitive of the law not only in the US but also Belize police had been seeking him as a “person of interest” in the murder of 52-year-old American expat Greg Faull, 52, who was shot dead in his home in 2012 after an alleged fight over McAfee's dogs.

The woman who was believed to be married to the tycoon remained unconvinced that her imprisoned husband took his life and demanded answers on Friday.

Janice McAfee said that she places the blame on McAfee’s demise of American authorities.