Corbyn and Diane Abbott given 'wake-up' call about Islamist terrorists

Jeremy Corbyn has been given a wake-up call by Britain’s spy chiefs about the threat from Islamist terrorists and hostile states such as Russia.

The Mail on Sunday has learned that senior Opposition figures, including Mr Corbyn and his Shadow Home Secretary Diane Abbott, met intelligence agencies and the Home Office for a series of ‘eye-openers’ and ‘reality checks’ in the run-up to the Election.

Last year Mr Corbyn sparked uproar by questioning the security services for blaming Moscow for the Salisbury nerve agent outrage, and even suggested that intelligence about the case be shared with the Kremlin. 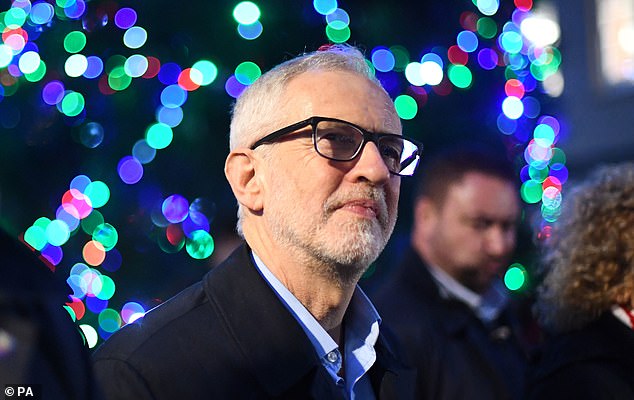 In recent years Britain’s leading spy agencies, MI6 and MI5, have had to dramatically increase their resources to tackle Russian aggression.

One Whitehall security source said: ‘It is our job to open the eyes of politicians to the ways of the world.’

Another source added: ‘A lot of it was designed as a bit of a wake-up call.’

The warning comes as the Labour leader used the prime-time BBC TV debate with Boris Johnson on Friday night to distance himself from calls – once backed by Ms Abbott and Shadow Chancellor John McDonnell – to abolish MI5.

Mr Corbyn’s 40-year association with violent Irish nationalism, Cold War support for the Soviet Union and a fervent hostility to terrorism legislation has left security figures aghast at the prospect of a Labour government.

Since becoming an MP in 1983, Mr Corbyn has voted against 17 laws designed to make Britons safer and boasted in 2011 that he had opposed ‘anti-terror legislation ever since I first went into Parliament in 1983’.

Last month it was claimed that the Foreign Office feared Britain’s intelligence-sharing ‘Five Eyes’ alliance – which also features the United States, Australia, Canada and New Zealand – would be put in jeopardy by a Corbyn victory due to a total lack of trust. 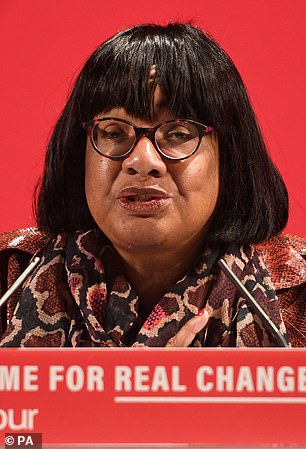 In a bid to prepare for that possible scenario, The Mail on Sunday understands Mr Corbyn was introduced to multiple levels of the security services and given a ‘unvarnished look at the reality of the threats posed to Britain’ by Russia, China and also from domestic terrorism.

However, only those with Privy Council status were invited, meaning controversial members of Mr Corbyn’s team such as spin doctor Seumas Milne were excluded.

The former Guardian journalist has a track record of anti-Western cheerleading and even shared a stage with Russian tyrant Vladimir Putin in a 2014 Moscow summit.

Ministers have questioned whether Mr Milne could be granted security clearance for top Whitehall secrets should he reach No 10 at Mr Corbyn’s side.

Last night one Cabinet Minister said: ‘Corbyn and his pals have been naive at best for decades and dangerous at worst. I hope they scared the s*** out of them.’

On Friday, Mr Johnson put security front and centre of his TV duel with Mr Corbyn, claiming: ‘I do find it slightly curious to be lectured about the Union between Great Britain and Northern Ireland by a man who all his political life has campaigned to break up that Union and who supported for four decades the IRA in their campaign violently to destroy it.

‘I must say I find it a curiosity.’

Labour were also left red-faced yesterday after it emerged that leaked documents used by Mr Corbyn to claim the Tories are planning to sell off the NHS have been linked to malign Russian Election interference.

Online messaging forum Reddit said it believed the documents first appeared in October on its website as ‘part of a campaign that has been reported as originating from Russia’.

Mr Corbyn claimed the documents provided evidence that the Government was at an advanced stage of negotiations with the US to open up the Health Service to American pharmaceutical companies and has used them as a major weapon in his Election campaign.

In a statement, Reddit said its investigation had found a ‘pattern of co-ordination’ between now-banned accounts on its site that published the leak and a Russian campaign uncovered by Facebook earlier this year.

Information from the investigation into what was called the Secondary Infektion online disinformation campaign on Facebook was used to identify suspect accounts on Reddit.

Reddit said: ‘This group provides us with important attribution for the recent posting of the leaked UK documents, as well as insights into how adversaries are adapting their tactics.

‘As a result of this investigation, we are banning… 61 accounts under our policies against vote manipulation and misuse of the platform.’

Labour have refused to discuss where they got the documents from. A spokesman said: ‘These documents reveal the plot against our NHS. And neither the UK nor the US government have denied their authenticity.

‘Our releasing them to journalists was clearly in the public interest.’

Last night a furious Mr Corbyn blamed the row on ‘rather belated conspiracy theories by the Prime Minister’.