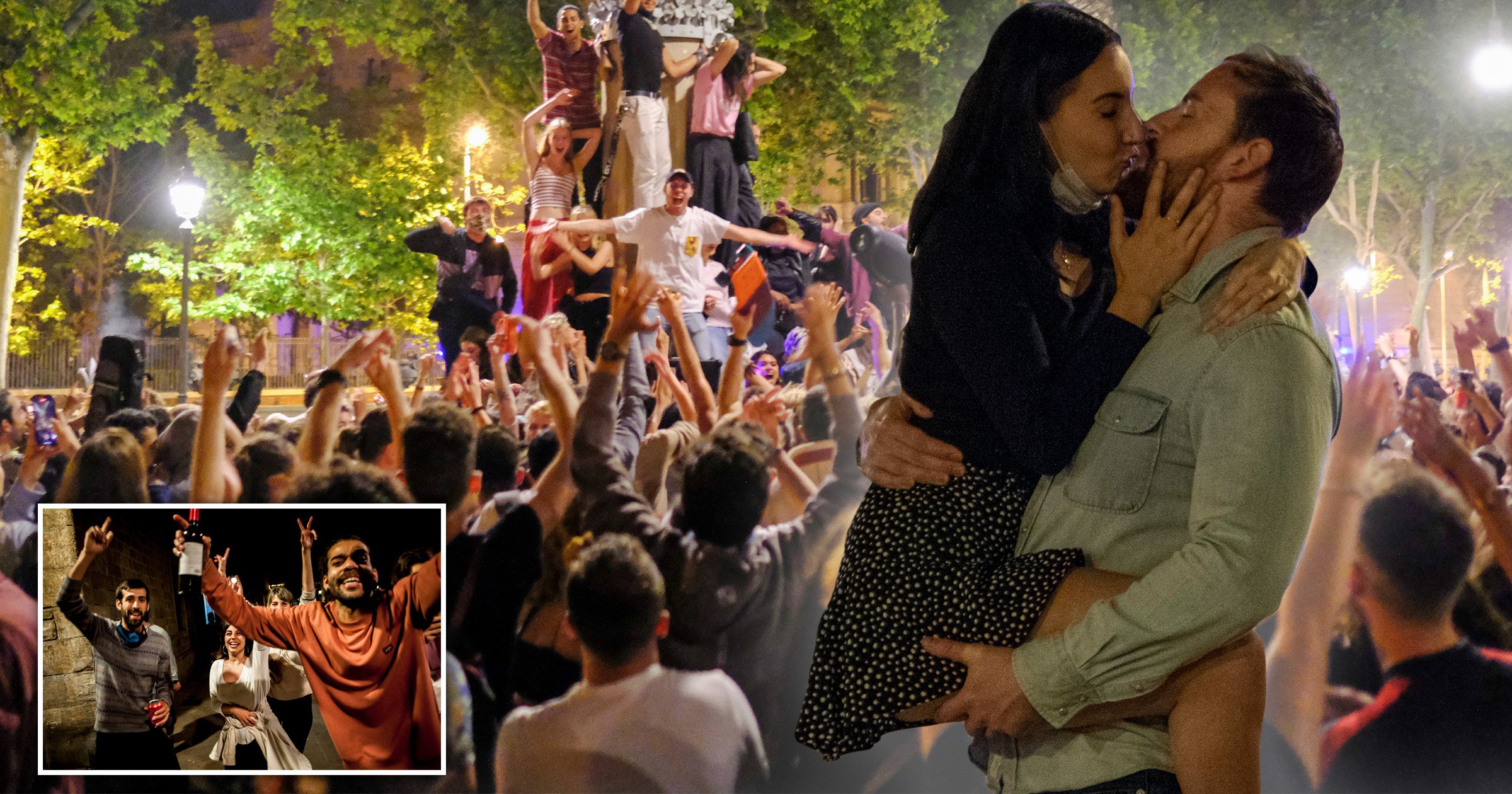 It was like New Year’s Eve in Spain as people celebrated the end of a six-month curfew in the streets together.

There were chants of ‘freedom’ as couples kissed and beach parties carried on into the early hours across the country.

Hundreds of young people gathered in Madrid’s Puerta del Sol square to applaud the clock striking midnight on Saturday, when the restrictions eased in the majority of Spain’s 17 regions.

Police in Barcelona had the strange task of moving people on after the last curfew began at 10pm, only to let them back at midnight when it ended for good.

Some people wore masks but there was little social distancing as friends kissed, hugged, danced and sang.

‘Young people, like everyone else, have been very restricted,’ said shop worker Paula Garcia, 28, on the beach in Barcelona.

‘Now was time to give us a bit of freedom to enjoy a little of the summer.’

The easing of restrictions means Spaniards can travel between different regions, while restaurants and bars can stay open until 11pm.

Tables will be limited to just four people, however, and indoor dining will be restricted to 30% capacity.

Footage of young people enjoying themselves triggered a strong reaction from some politicians.

‘Freedom does not include breaking the rules,’ Madrid’s conservative mayor Jose Luis Martinez-Almeida said, stressing that gatherings to drink on the street, known as ‘botellones’, were prohibited.

Spain, one of Europe’s worst-hit nations, has suffered 78,792 coronavirus deaths and 3.6 million cases.

But infection rates have fallen and vaccinations are progressing fast, allowing most of the 17 regions to scrap the curfew until dawn.

Only four regions were keeping it – the Balearic Islands, the Canary Islands, Navarra and Valencia.

‘It was time they let us out,’ said store clerk Andreu Pujol, 25, also on the beach in Barcelona.

‘Even so, I am still very unhappy with the handling (of the pandemic). You can see that in this country all they do is make things up as they go along.’