AN OAP couple who wiped out an entire village's internet by turning on their second-hand TV every day to watch GMB have slapped down Piers Morgan for talking over Susanna Reid.

Alun and Elaine Rees were hailed as "the funniest couple ever" after speaking to Piers and Susanna on this morning's show. 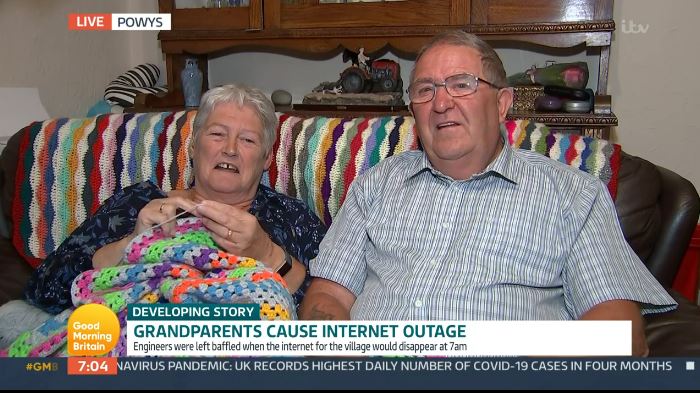 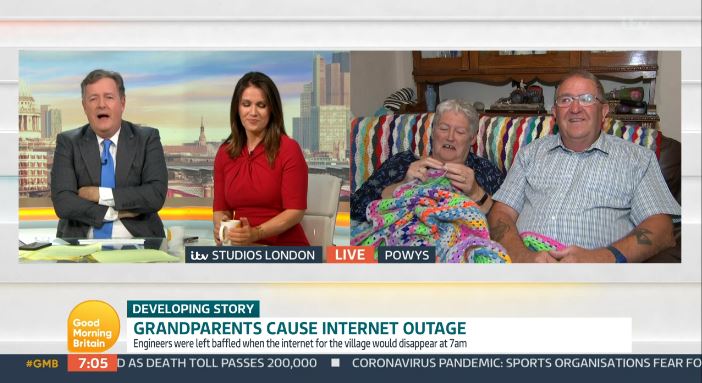 The Sun revealed yesterday how the two grandparents wrecked 400 villagers' broadband connection for 18 months by tuning their old telly on to GMB to watch Piers at 7am every morning.

The retired couple had no idea the flatscreen TV was cutting the broadband signal for everybody in the tiny village of Aberhosan, Powys, Mid Wales.

Speaking on GMB this morning,Piers superfan Elaine crotcheted a blanket while Alun refused to speak- before revealing his love for his vintage tractor.

Piers asked Elaine: "What do you like watching on TV?"

Elaine replied: "Because you make me laugh. And cross – when you won't let Susanna talk."

Susanna said: "We thought you were a Piers super fan but actually you're a great supporter of me and I really appreciate."

Piers joked back: "That's pretty rich coming from you given Alun doesn't talk either!"

Elaine later jested at Piers: "You don't give her a chance. Poor Susanna never finishes a sentence." 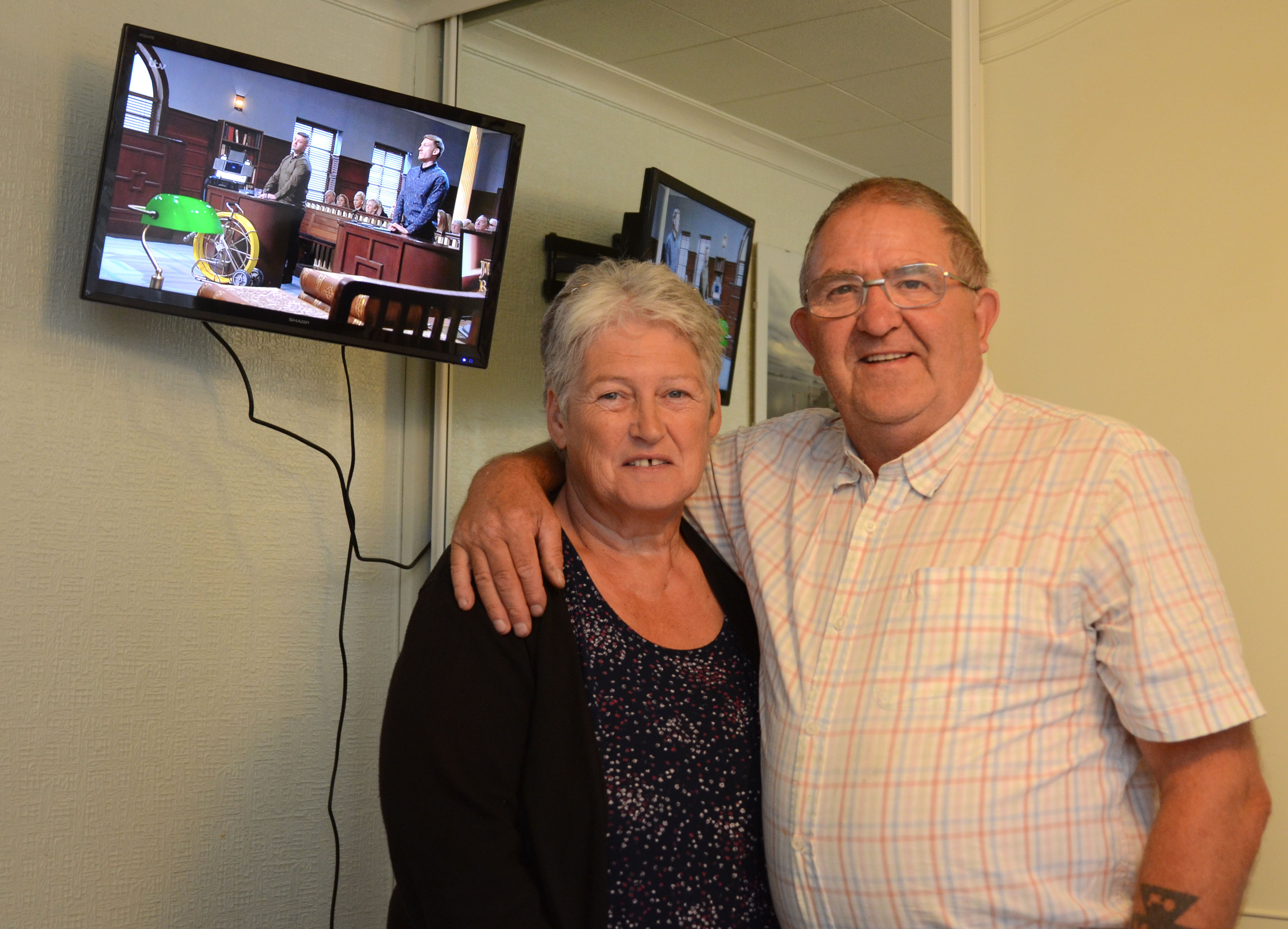 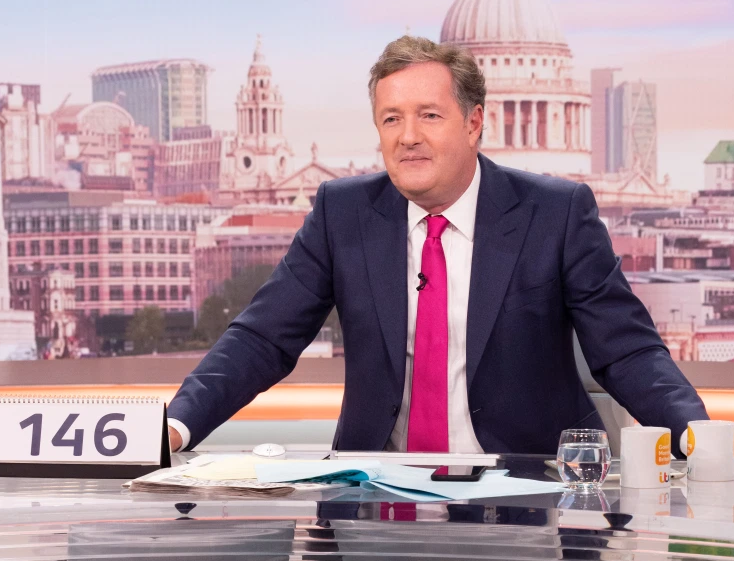 Alun also told the GMB hosts he had bought himself an old vintage tractor a few years ago.

When Susanna asked if they had got a new television Elaine replied: "Yes. We bought one straight away.

"We binned the other one as soon as we knew."

Piers then promised to send Andi Peters around to the couple's house with a 65-inch TV next week "so you can see me even bigger in your room every morning."

Following the hilarious exchange, one viewer said: "That couple with the dodgy telly on GMB are brilliant".

Another wrote: "Can we have Elaine and Alun on every morning please".

And a third posted: "The funniest couple ever on GMB.

"Doing crocheting while being interviewed while her husband refused to speak."

The Sun reported yesterday how the couple snapped up the £30 16" Bush set three years ago on Facebook so their grandchildren could watch DVD films.

Puzzled locals in the 400-strong village spent a year-and-a-half complaining to Openreach about the dreadful signal which cut out like clockwork every day.

Engineers replaced large sections of cable serving the village, but the problem continued.

Further investigations revealed a burst of electrical interference in Aberhosan at 7am each day, which was eventually traced to Alun and Elaine's home.

While Piers and Susanna interviewed the couple this morning, Elaine crotcheted a blanket 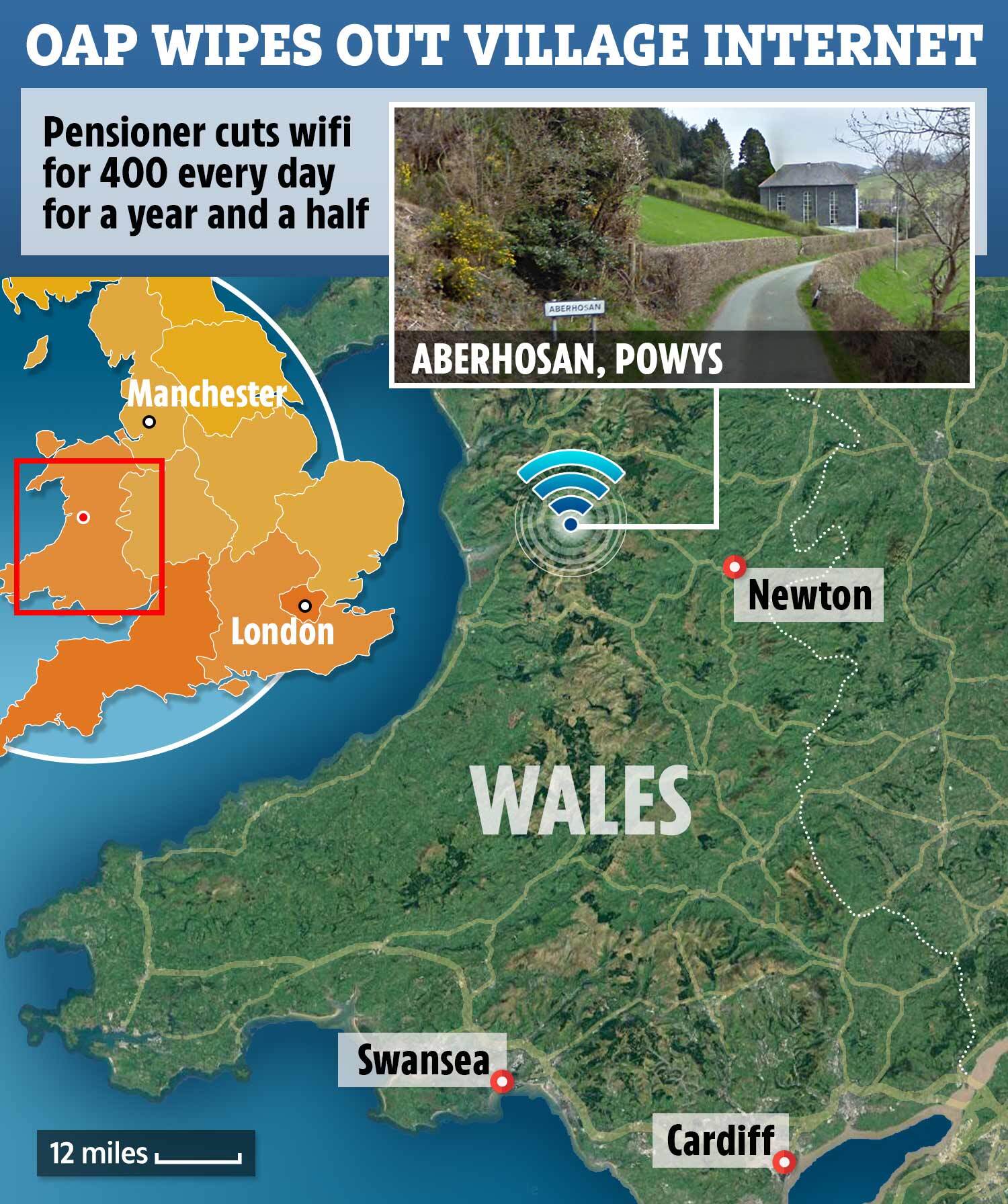 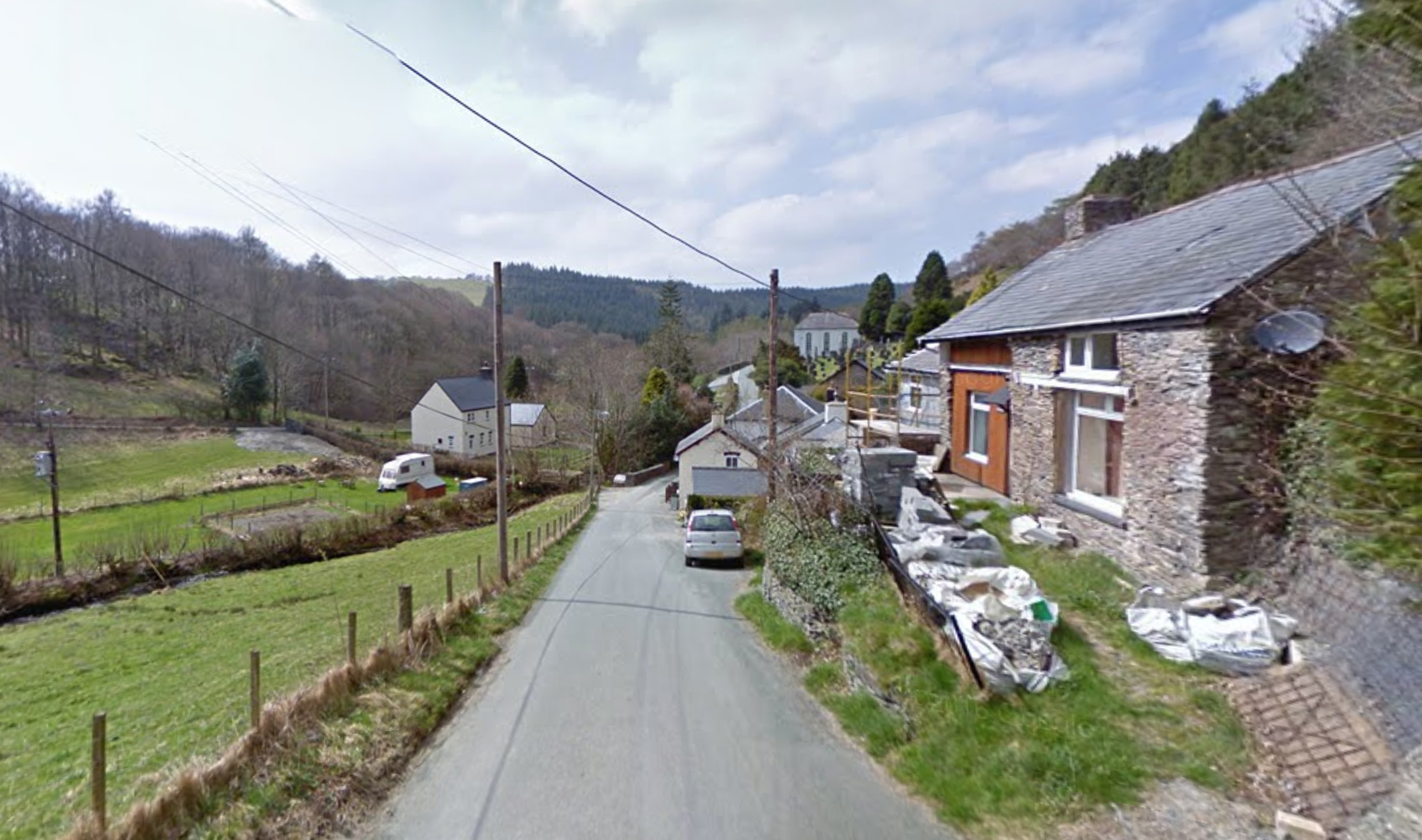 The engineers then realised the pensioners' ancient TV was emitting a single high-level impulse noise (SHINE) – which causes electrical interference in other devices.

Problems happened at 7am on the dot as the couple turned on the telly in their bedroom to watch Good Morning Britain.

Elaine, 63, a retired GP receptionist, said: “One morning during lockdown at around 8.30am we could hear two men outside talking about signal strength.

"We looked out of the window and saw they were BT engineers holding some kind of meters.

“One of them was pointing at our front door.

"Next thing they’re knocking the door and asking us to turn the telly off at the wall."

Despite her embarrassment, Elaine admitted: "I love watching Piers Morgan in the mornings." 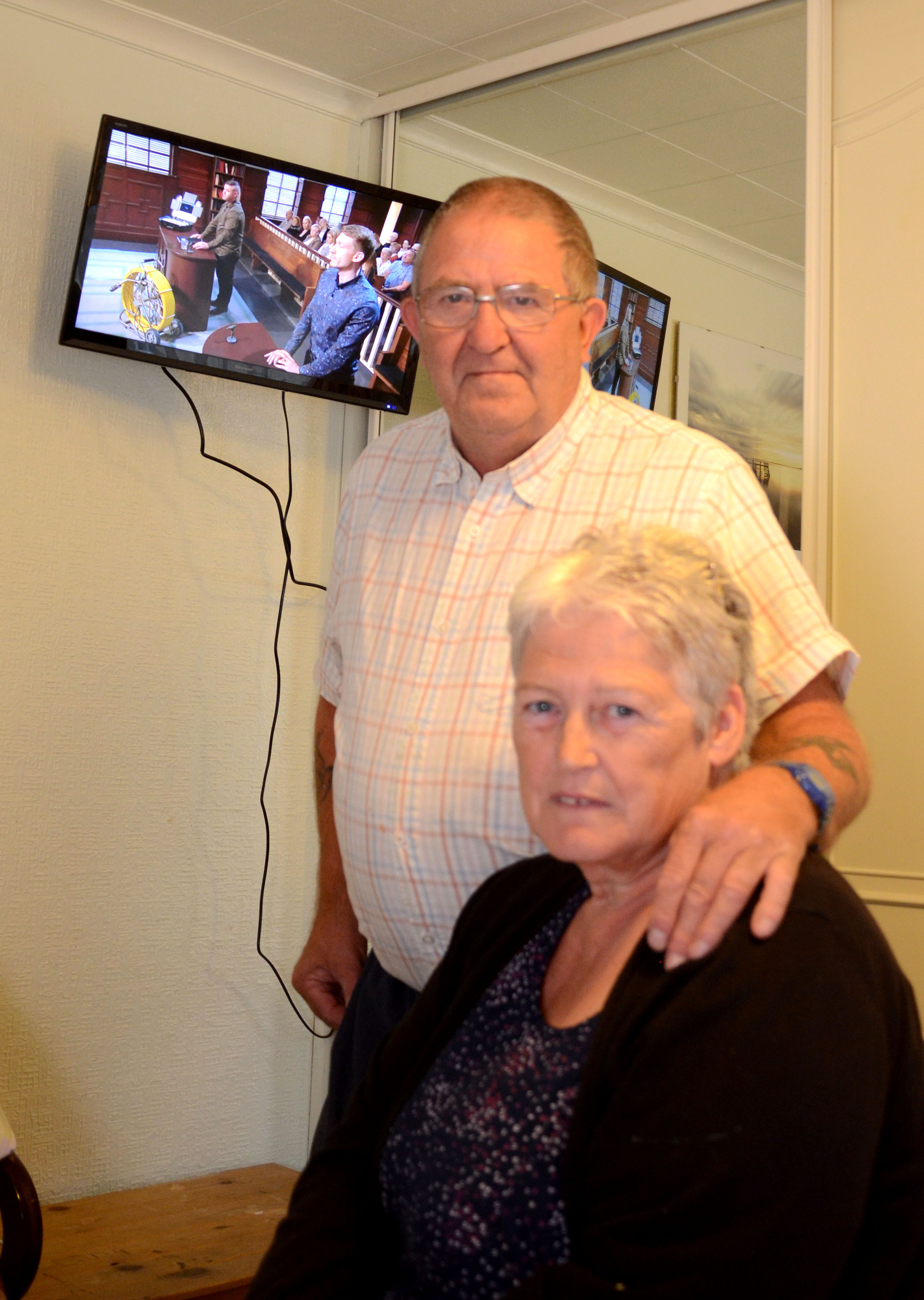 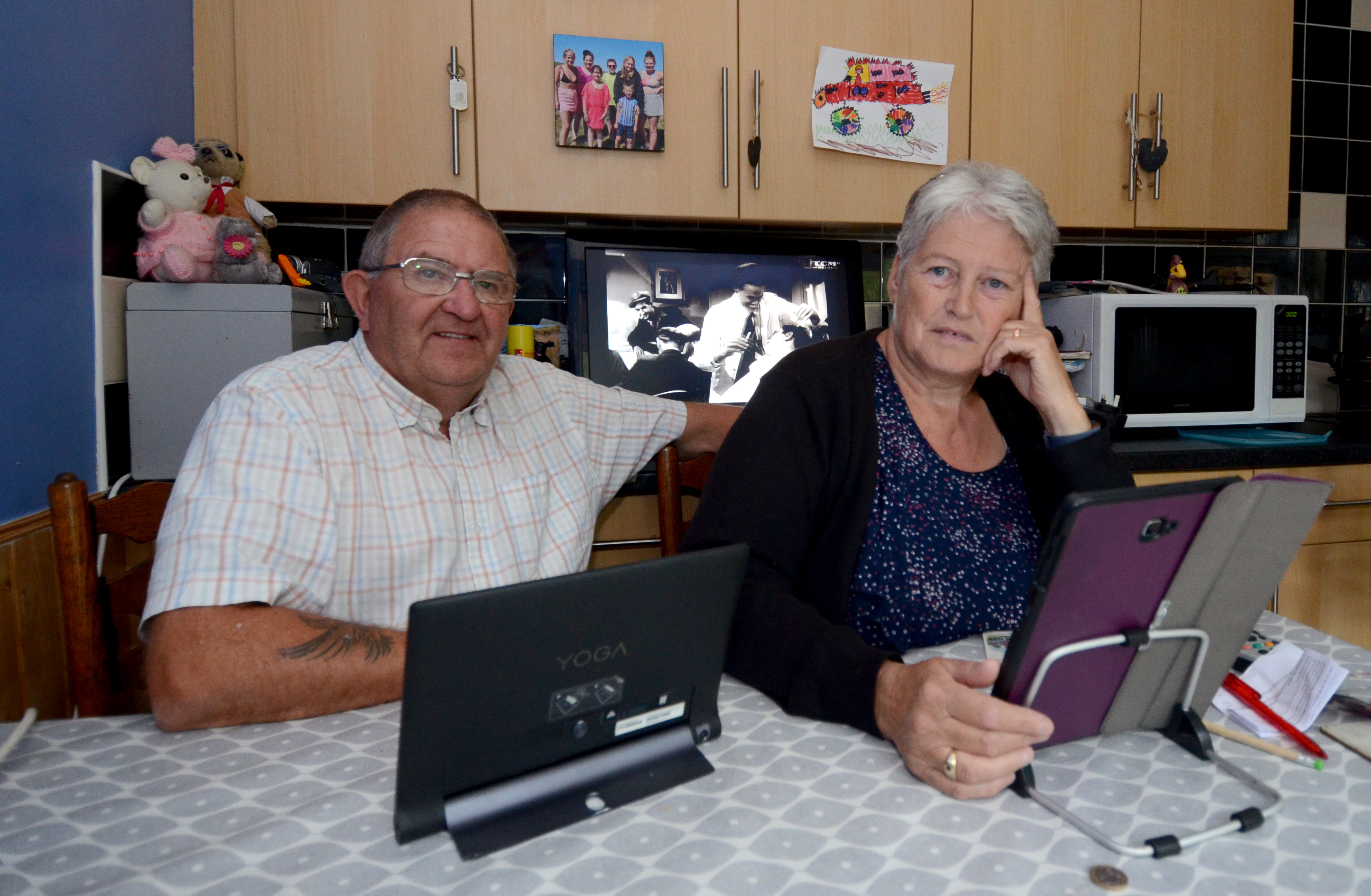 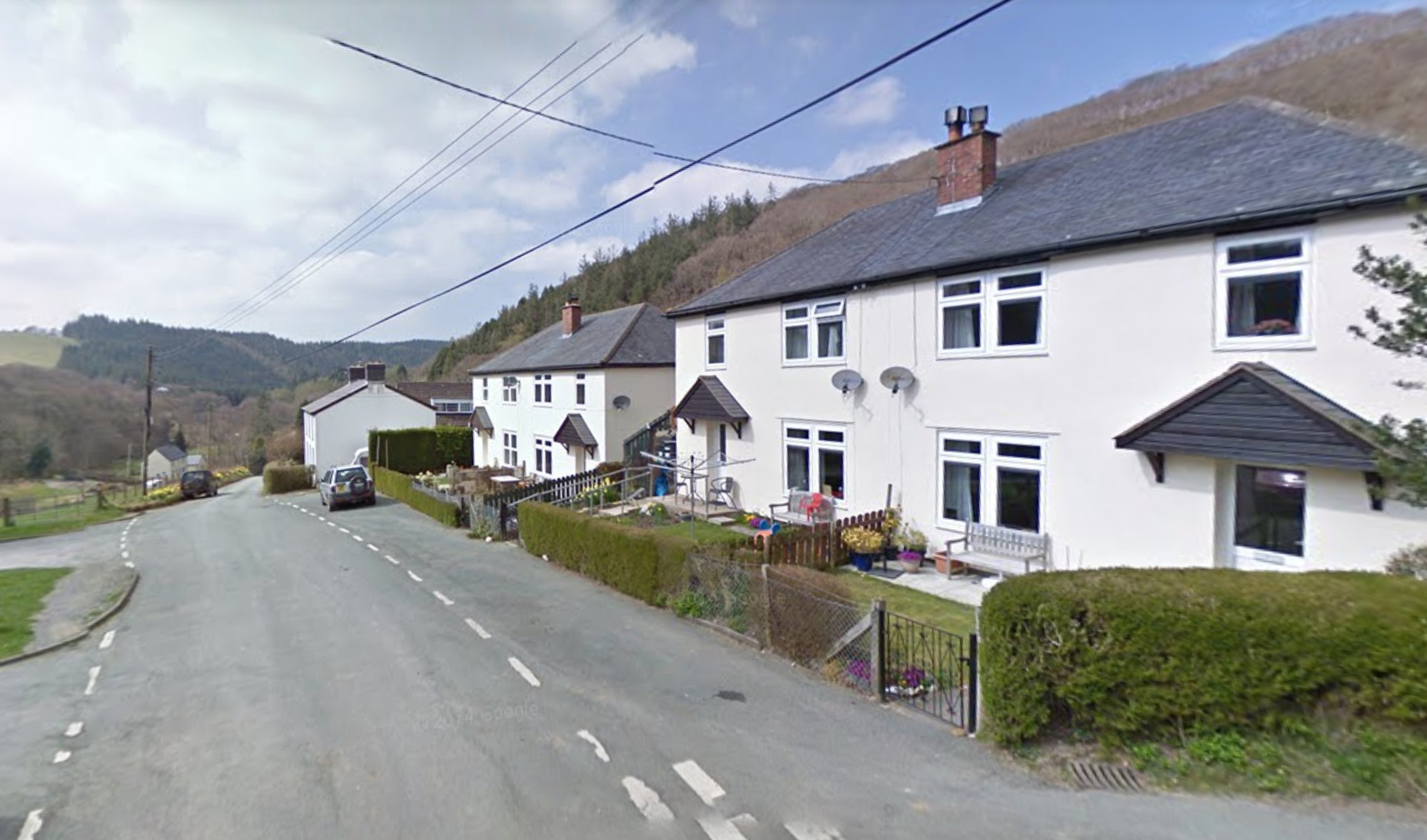 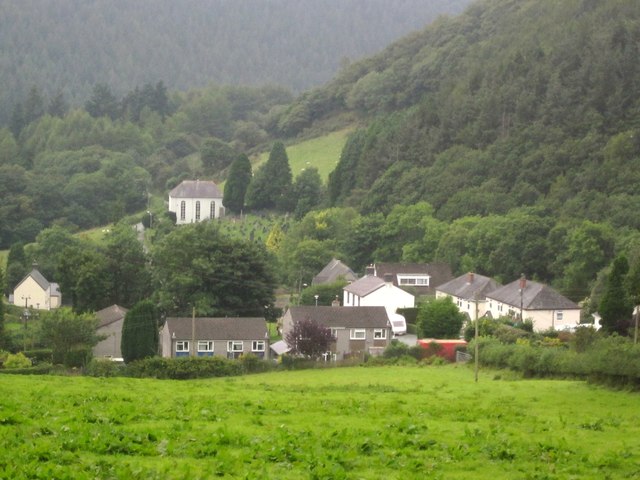 Alun, 67, said: “He told me we’d better get rid of the set immediately because it was interfering with the internet connection all over the village.

"He said we’d have the whole village on our doorstep if anyone found out we were the cause of the problem.

“Our son lives next door and he was having building work done so we chucked it on his skip."

The retired farmer joked: "At our age, there’s not much else to do in the bedroom for entertainment.”

The Reeses, who have four children and seven grandchildren aged six to 22, live in a semi-detached home in the centre of the rural Welsh village.

Despite binning the old TV and buying a replacement, they say the internet signal is still terrible.

Openreach engineer Michael Jones said: "Not being able to solve the fault for our customers left us feeling frustrated and downbeat, but we were determined to get to the bottom of it.

At our age, there’s not much else to do in the bedroom for entertainment.

“As a final resort we decided to bring in a crack squad of engineers based in other parts of the UK to investigate.”

Because of coronavirus, the experts had to stay in a guest house 55 miles away and make a daily 90-minute trek to the village.

Michael added: “Using a device called a Spectrum Analyser we walked up and down the village in the torrential rain at 6am to see if we could find an electrical noise to support our theory.

"Our device picked up a large burst of electrical interference coming from a house in the village.

"It turned out that at 7am every morning the occupant would switch on their old TV which would in-turn knock out broadband for the entire village.

“They were mortified that their old second hand TV was the cause of an entire village’s broadband problems, and immediately agreed to switch it off and not to use it again.”