COPS in Cuba were pelted with rocks as thousands took to the streets demanding "freedom" during the biggest anti-government protests in decades.

The shocking violence erupted at the height of the Communist nation's worst economic crisis since the fall of the Soviet Union and amid a record surge in coronavirus infections. 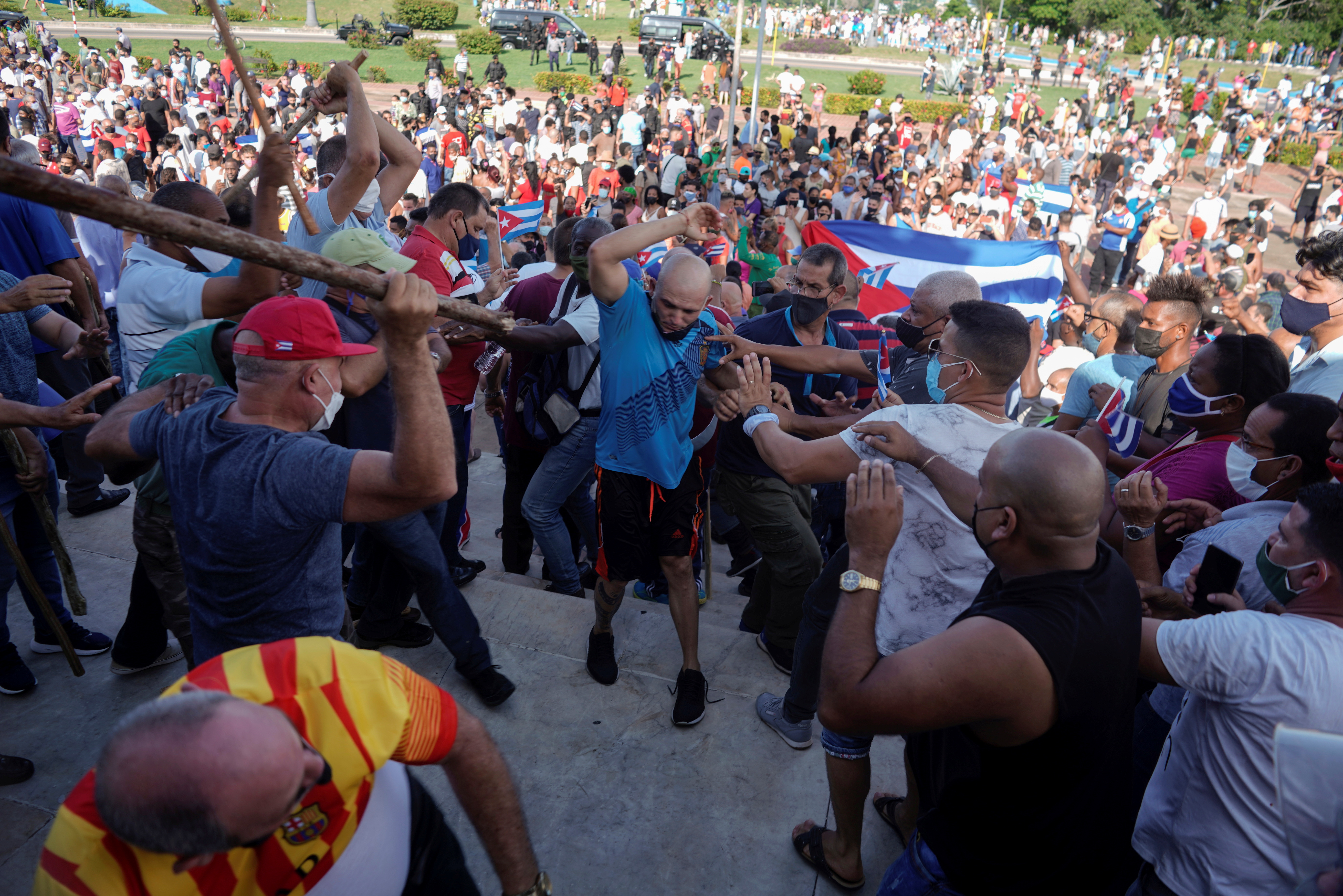 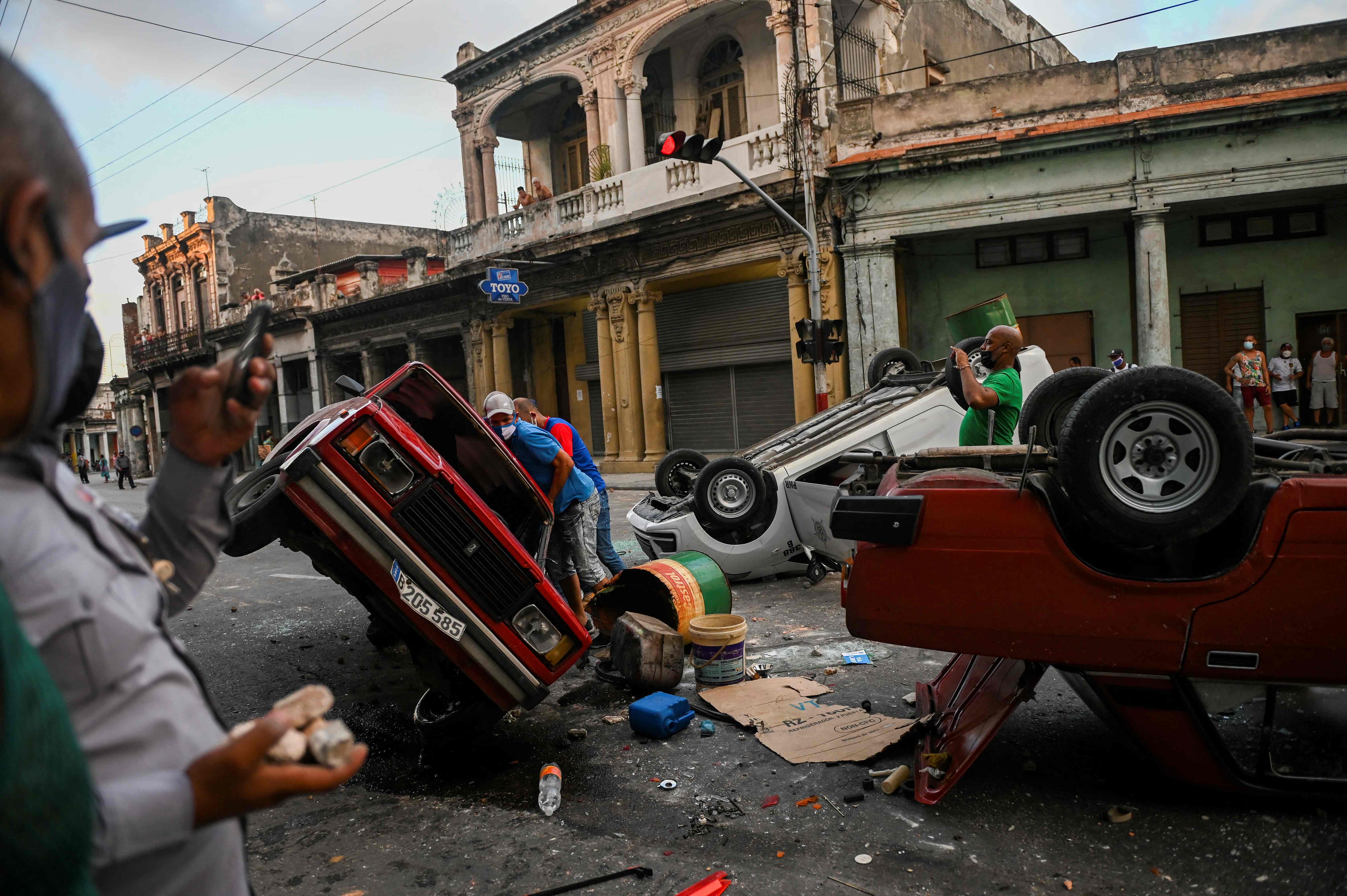 In response, riot cops used pepper spray and beat the crowds with their batons.

Cubans have been angered by the collapse of the economy, as well as by restrictions on civil liberties and the hardline authorities' handling of the pandemic.

Many of the protesters were demanding a faster coronavirus vaccination programme

President Miguel Díaz-Canel said the protests were a provocation by "mercenaries" hired by the US to destabilise his country, and promised a "revolutionary response".

"We are prepared to do anything," he reportedly said. "We will be battling in the streets."

Thousands gathered in Havana to call for Diaz-Canel to step down while pro- government supporters brandished the Cuban flag and chanted "Fidel."

Diaz-Canel said many of the protesters were sincere but claimed they had been manipulated by U.S.-orchestrated social media campaigns.

He warned that further provocations would not be tolerated, calling on his supporters to "confront such provocations."

However, the top US diplomat for Latin America, Julie Chung, tweeted: "We are deeply concerned by 'calls to combat' in Cuba."

"We stand by the Cuban people's right for peaceful assembly. We call for calm and condemn any violence."

In one area of Havana, protesters took out their anger on an empty police car, rolling it over and then throwing stones at it. Elsewhere, they chanted "repressors" at riot police.

The anti-government demos were the largest since the summer of 1994, said Michael Bustamante, an assistant professor of Latin American history at Florida International University.

"Only now, they weren't limited to the capital; they didn't even start there, it seems," he said.

Video on social media showed hundreds of residents chanting anti-government slogans and demanding everything from coronavirus vaccines to an end of daily blackouts.

There were protests later on Sunday hundreds of miles to the east in Palma Soriano, Santiago de Cuba, where social media video showed hundreds marching through the streets.

Cuba has been experiencing a worsening economic crisis which the government blames mainly on U.S. sanctions and the pandemic, while its detractors point to incompetence and a Soviet-style one-party system.

A combination of sanctions, local inefficiencies and the pandemic has shut down tourism and slowed other foreign revenue flows in a country dependent on them to import the bulk of its food and fuel.

The resulting cash crunch has spawned shortages that have forced Cubans to queue hours for basic goods throughout the pandemic.

Cuba has begun a mass vaccination campaign, with 1.7m of its 11.2 m residents vaccinated to date and twice that many have received at least one shot in the three-shot process.

Still, the arrival of the Delta variant has prompted cases to surge, with health authorities reporting a record 6,923 cases and 47 deaths on Sunday – twice as many as last Sunday. 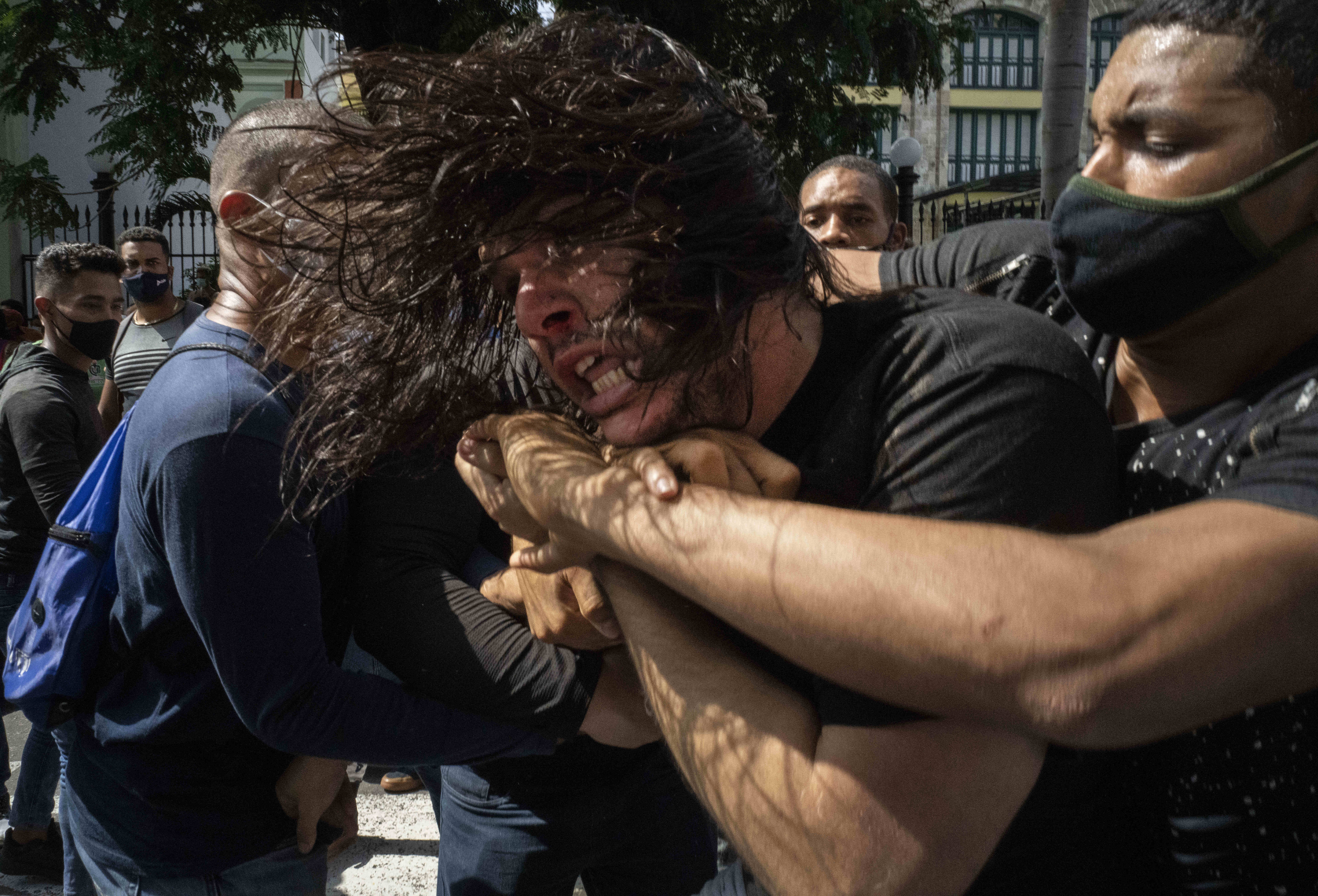 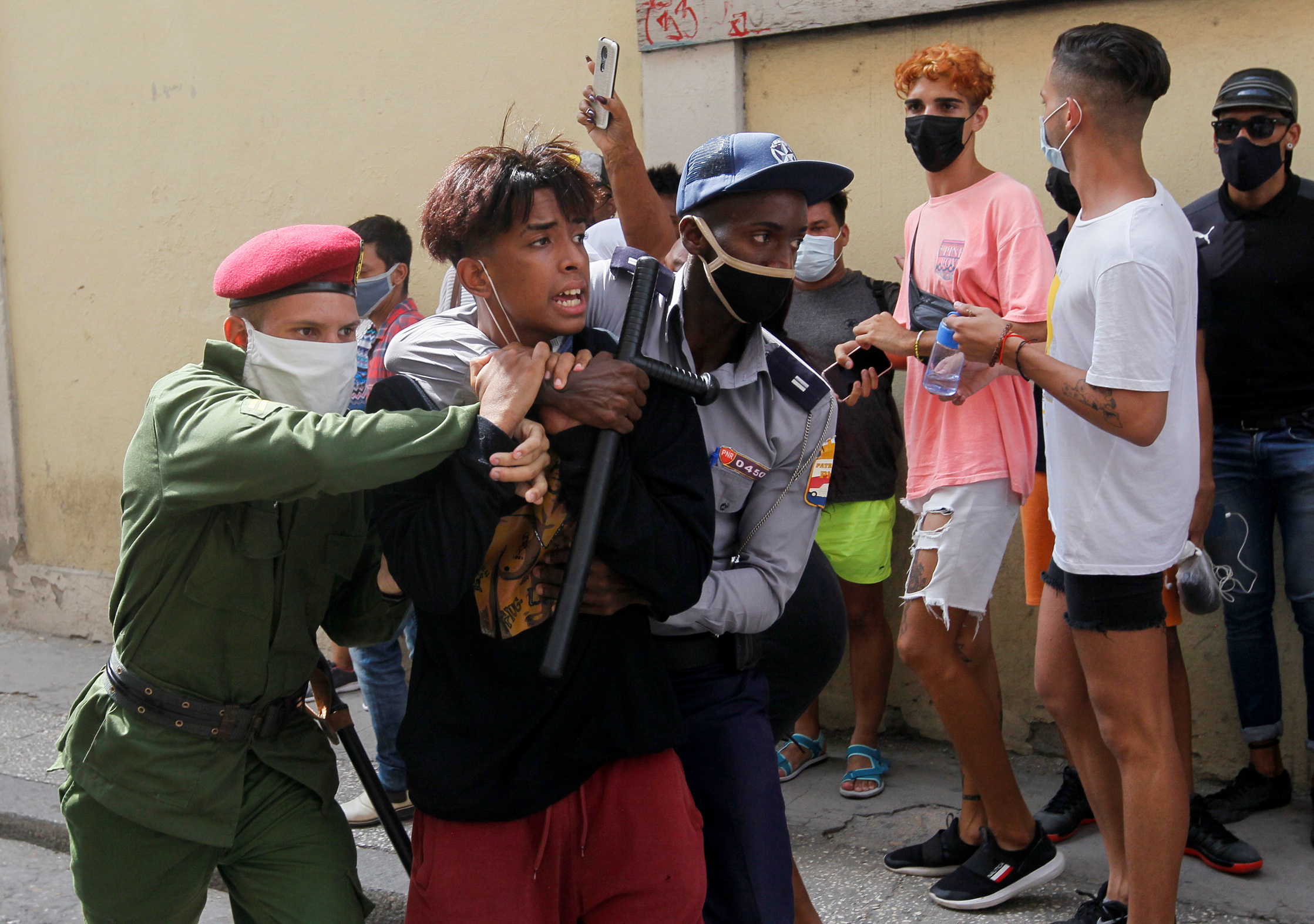 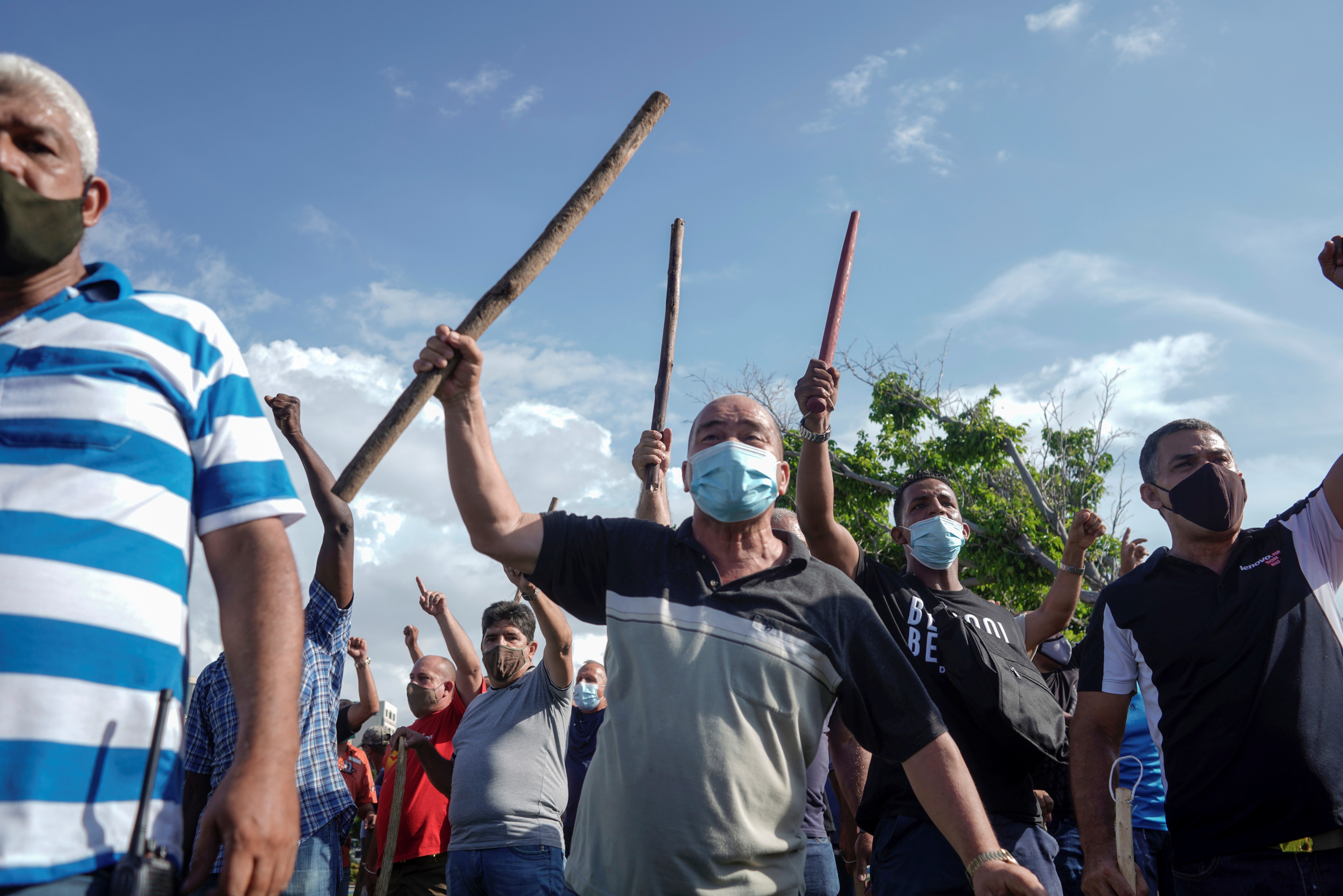