D-Day veterans were given a proper military send-off by serving members of the Royal Marines today as they set sail for Normandy ahead of the 75th anniversary of the Allied forces’ beach landings.

A group of 300 veterans are being taken on a week-long trip aboard MV Boudicca to mark three quarters of a century since the historic day.

Setting off from Dover on Sunday evening, they have already been to Dunkirk to remember fallen colleagues and the evacuation of British forces after France fell in 1940.

Today they were briefly back on British shores when they docked at Poole for a military sea display before being waved off by well wishers and escorted by flotillas and other small Navy boats. 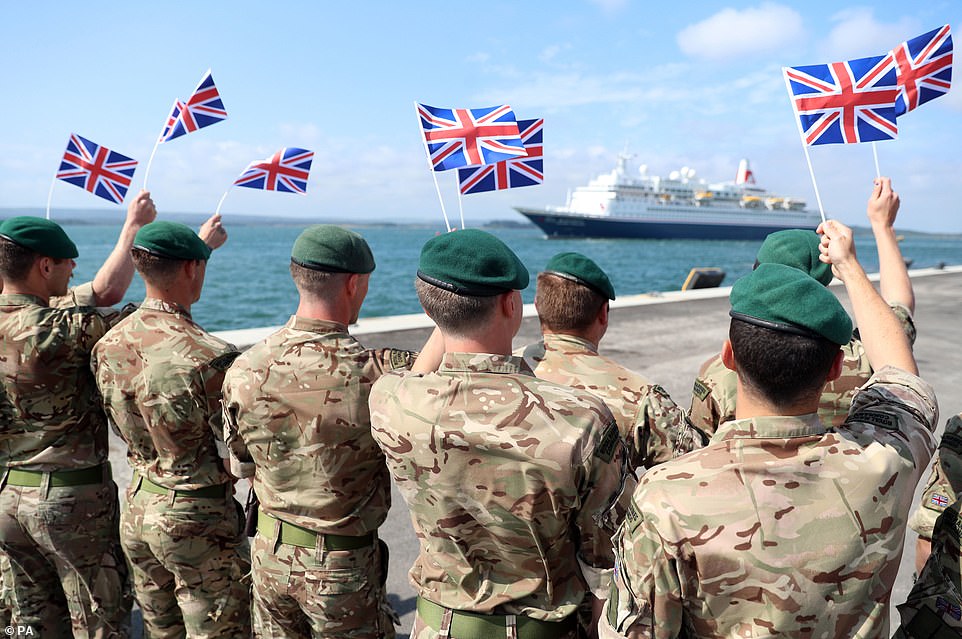 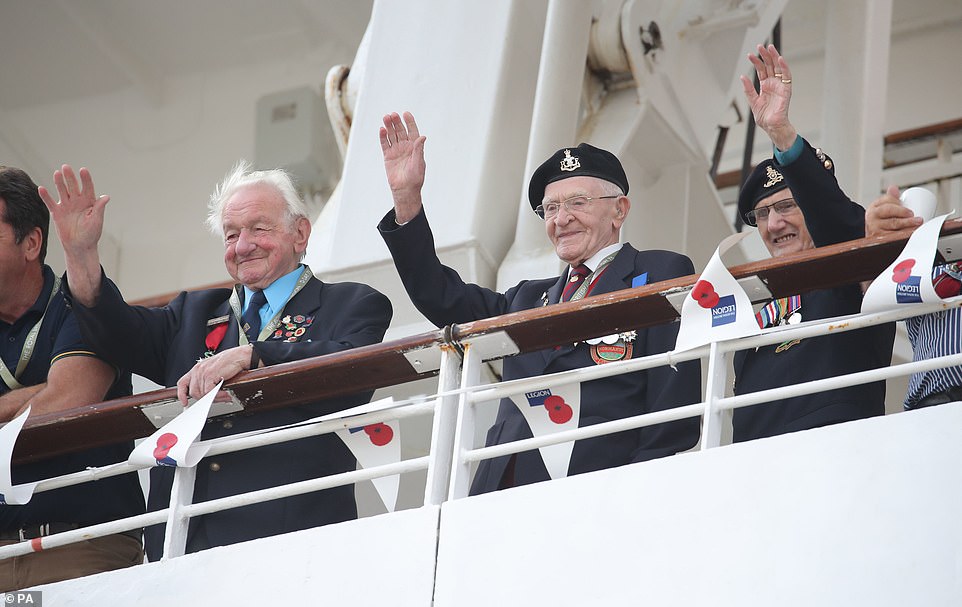 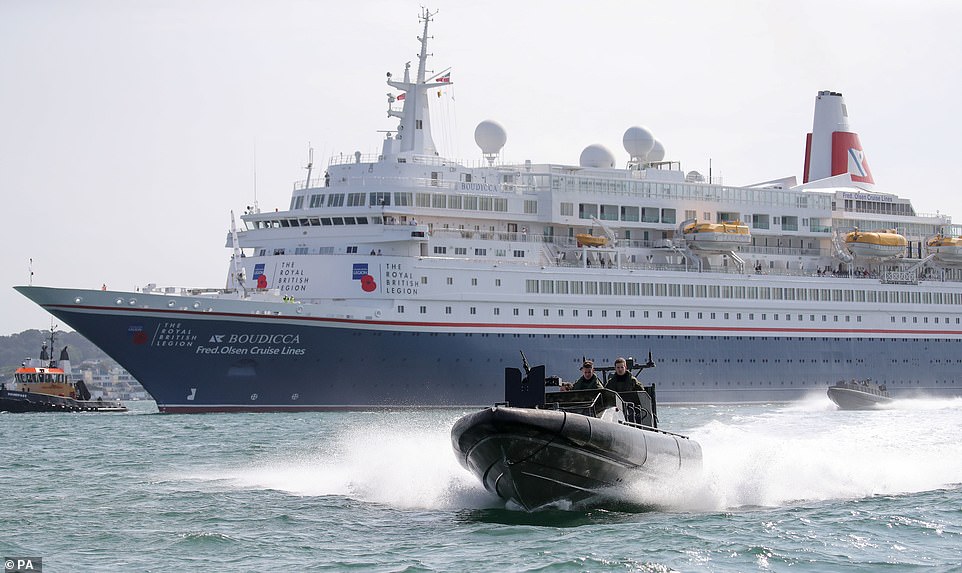 The cruise liner is pictured being escorted by flotilla as it arrives into Poole, Dorset this morning ahead of going to France

Both parties will arrive in Portsmouth for the national commemorative event, due to be attended by the Queen and US President Donald Trump, on Wednesday before heading to Normandy for the anniversary in time for Thursday.

Former Royal Marine Les Budding, 93, is one of hundreds of war heroes on board MV Boudicca this week.

He was an 18-year-old gunner when the Allied forces landed on the beaches of Normandy.

Speaking on board the ship today, he said: ‘The noise was deafening. The black smoke and the acrid smell of cordite, which was coming from the battleships firing the big shells. They are the outstanding things in my memory coming from that day.’ 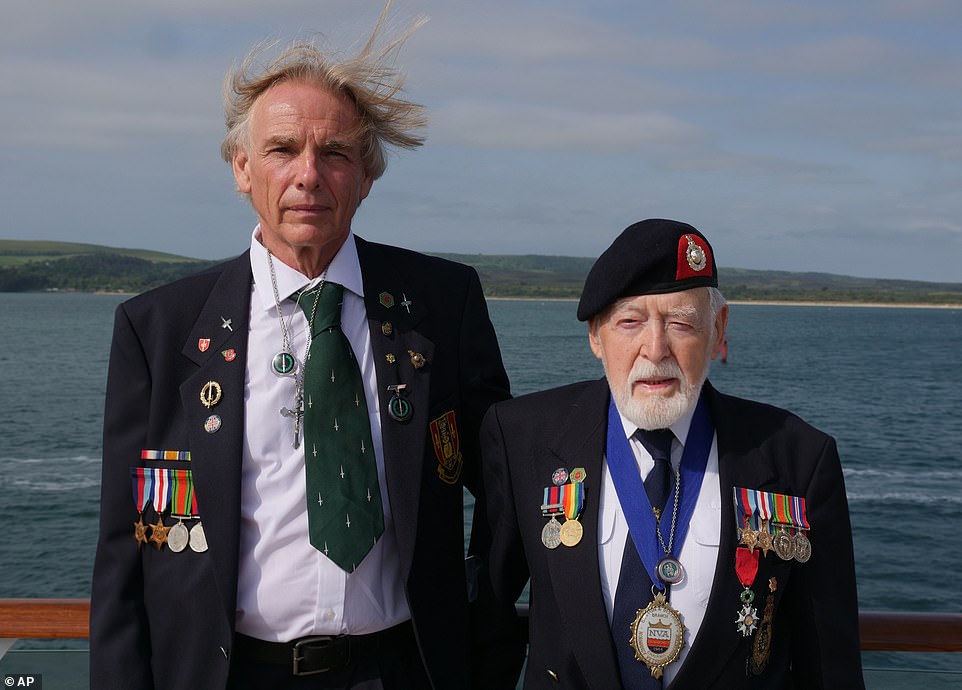 Former Royal Marine Les Budding, right, stands with Philip Collins, 62, who is the son of the late F.E. Collins of 45 Commando, who fought alongside Budding on D-Day, as they pose for a photo aboard the MV Boudicca ship today

Budding said he simply did what Marines are supposed to do – in this case offering cover to colleagues storming beaches and moving forward. Keep going – and stay alive.

He got to Sword Beach just after the frogmen who went in early to defuse the mines and clear the way for the invasion. He still remembers their heads bobbing in the sea.

For years, Budding and other veterans thought of the landings as events that were important to them, but forgotten by the rest of the world. But the 75th anniversary of D-Day has put their exploits back into the public eye. 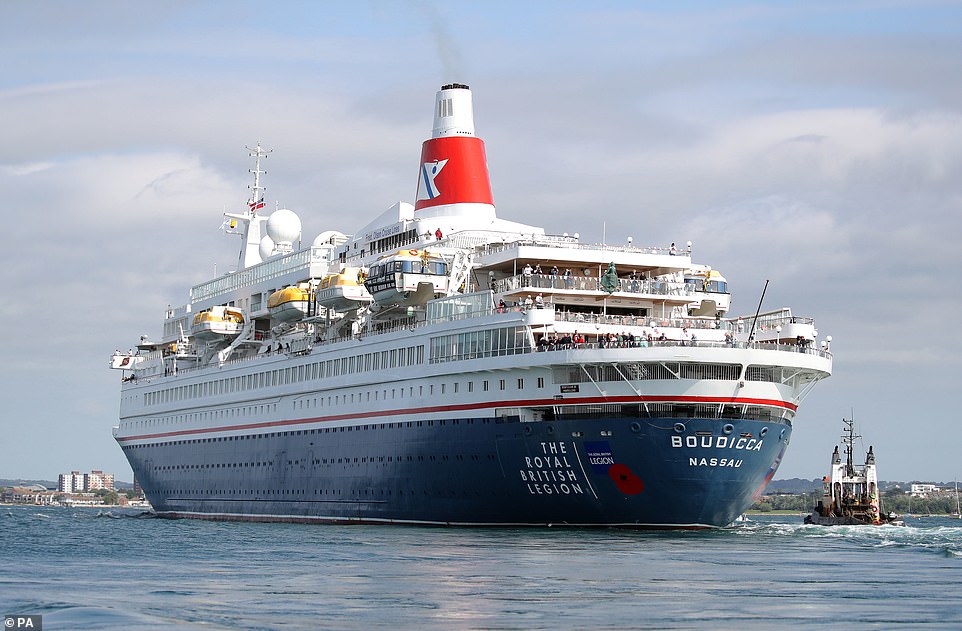 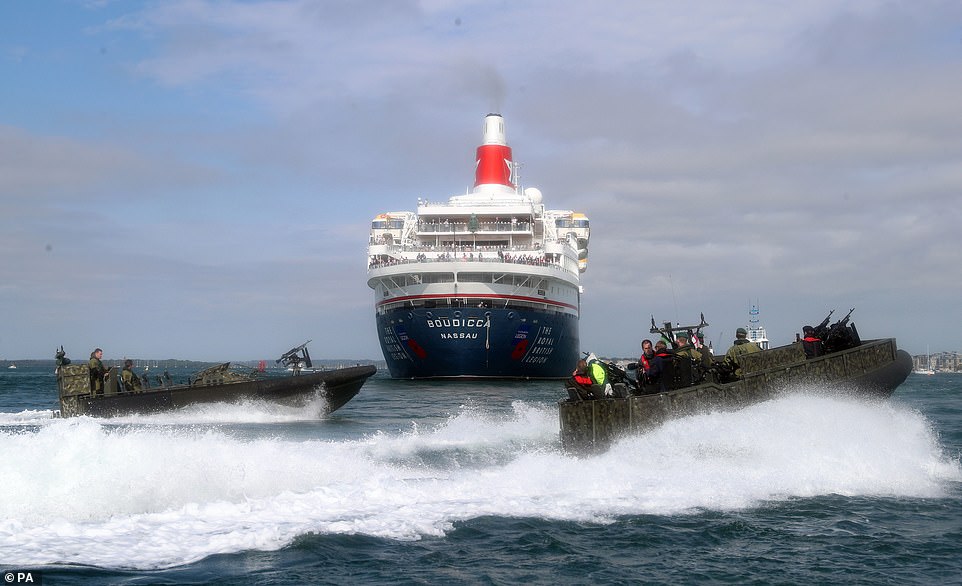 Defence secretary Penny Mordaunt said: ‘It is the Government’s hope that D-Day 75 leaves a lasting legacy and provides an opportunity for people young and old to reflect on the achievements and sacrifice of our Second World War generation.

‘Over the next few days it will be a privilege for us all to learn more of these extraordinary men and women.’

Gerald Vernon-Jackson, leader of Portsmouth City Council, said: ‘It’s wonderful to see the veterans going across to France. This is a really good start to a week of commemorations.

‘D-Day was designed here, executed here, launched here, so Portsmouth is the home of D-Day and we take our duty really seriously to commemorate it properly.’

In Vierville-sur-Mer in Normandy a group of French history enthusiasts were pictured re-enacting an American Second World War camp complete with a Sherman tank today. 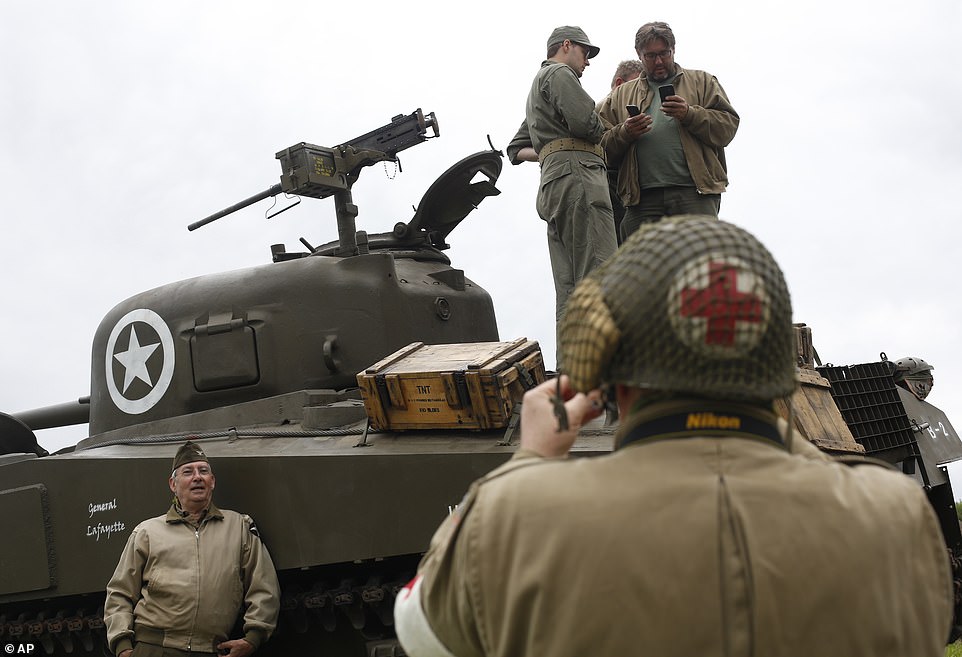 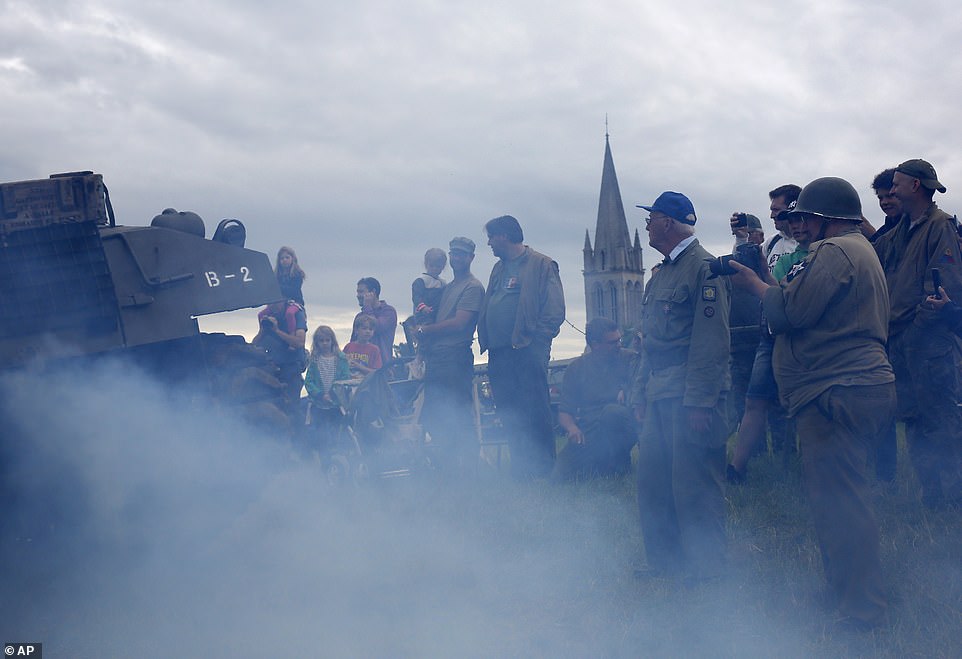