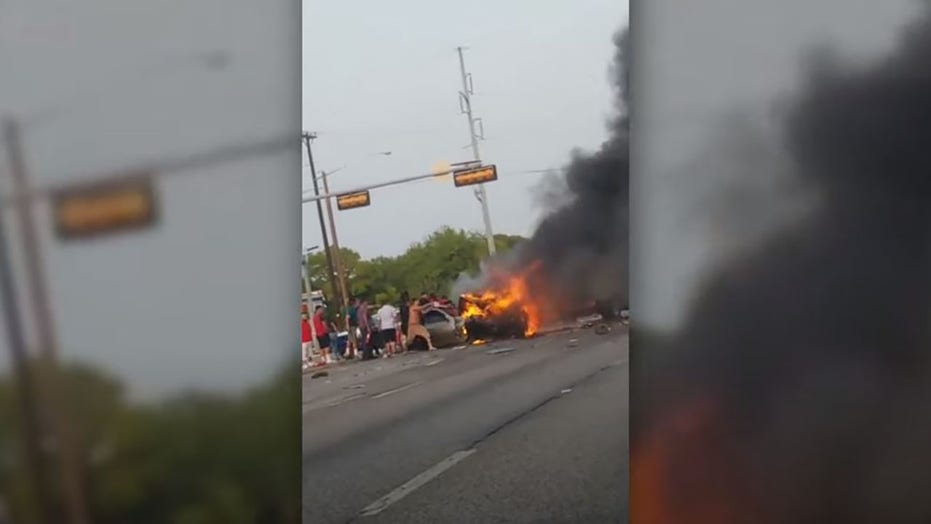 Dallas police are crediting citizens for helping officers save the life of a man who was unconscious and trapped inside a burning car.

Officers Jonathan Calder, Jonathan Martinez and Israel Banales arrived at the scene to find a car nearly engulfed in flames.

The officers jumped out of their patrol cars and raced toward the burning vehicle. The man inside appeared unconscious.

Calder said the “car was melting and dripping onto me” when he entered the vehicle to try to rescue the driver. But the seatbelt was stuck, and the intense heat and smoke forced Calder to step back. 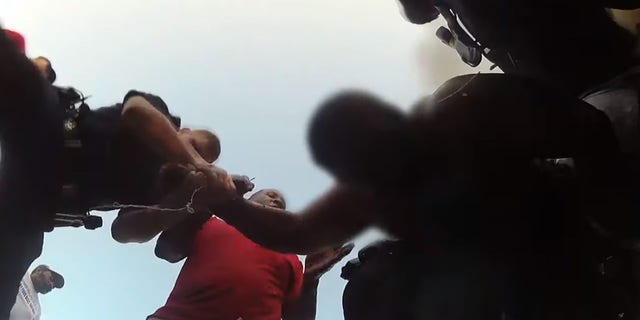 Officers and citizens raced against the spreading flames to pull the man out of the burning car.
(Dallas Police Department)

Officers aided by some bystanders smashed the car's windows, while others poured water on the flames, police said.

One bystander cut the seatbelt with a knife, allowing rescuers to pull the man to safety, Banales said. 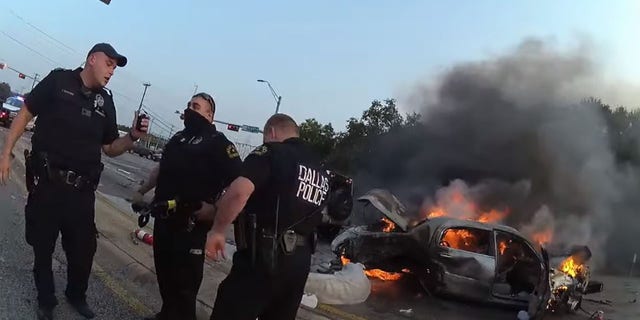 Police thanked the citizens of Dallas for helping to save the trapped man before the flames engulfed the car.
(Dallas Police Department)

The man suffered major burns and was rushed to a local hospital. An update on his condition was not immediately available.

The officers said the rescue was possible thanks to the bravery of community members who stepped in to help.

“Three officers alone pulling on this guy wouldn’t have made it,” Martinez said. “It was the combination of the citizens putting their lives on the line, getting closer to that car, helping pull the gentleman out of the car, using water, using resources that they had.”

Calder added: “Without the citizens of Dallas, we wouldn’t have been able to successfully save him. So I thank them for that.”

The cause of the crash is under investigation.