ALMOST 40 dogs have been rescued after the roof of a kennels was ripped off during deadly Storm Arwen.

Greyhound trainer Tom Heilbron discovered the scene of devastation yesterday morning after the ceiling was wrenched from the building and blown 30 metres away in the gusts of nearly 100mph. 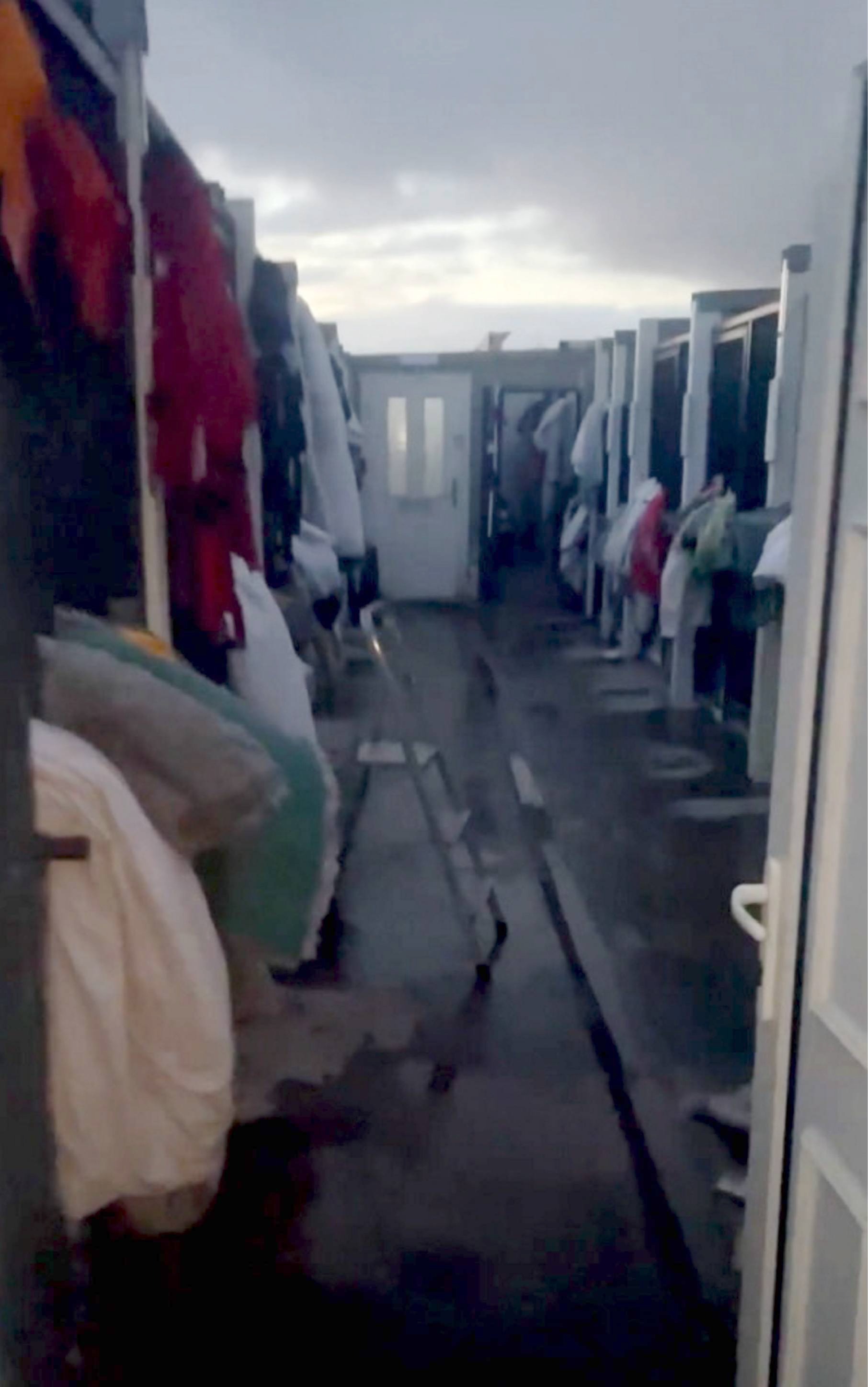 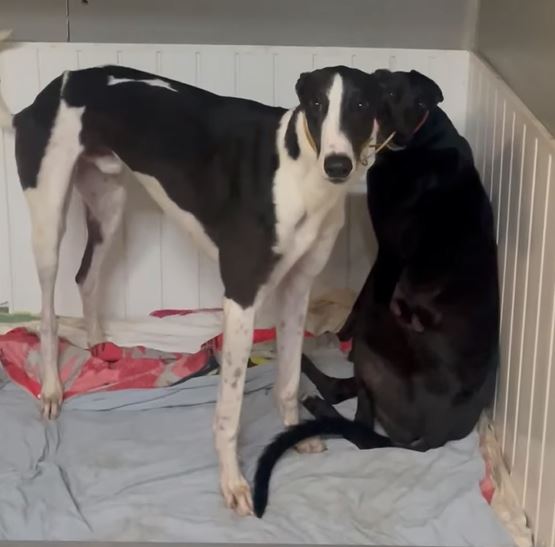 The dogs at Link Kennels in Trimdon, Co Durham, luckily were not hurt and were quickly taken into other nearby kennels to keep them safe until repairs are made.

The roof, which is about 35 by 7 metres in size, landed in a nearby farmer's field. Owner Tom said it is beyond repair.

The 30-year-old said: "The storm has actually ripped the entire ceiling off and moved it into a farmer's field 30 metres away.

"It took with it all of the electrics, all of the water mains and the majority of my equipment, it's basically tore the place to bits.

"At first we assumed someone had broken into the kennel, but as I opened the door water sprayed everywhere.

"We looked down first to grab the dogs but as we looked up –  we realised the roof had gone.

"The roof is not fixable, the storm has ripped everything off."

Tom and his kennel hands's first priority was to ensure the dogs were safe and well.

He added: "I think it blew off just before we came down because there was no noise Overnight, and they weren't in a state of distress.

"Out of all the 37 dogs there was one with a tiny cut nail. The kennel was a foot-and-a-half under water because of the burst water main but we have raised metal beds so the dogs were alright.

"We put them in vans and we got them to alternative locations within about an hour of finding out what had happened.

"They've all gone to different dog trainers who have taken them in for me and we'll visit them every day and work from there.

"We're supposed to be at a major race on Tuesday night at Towcester which might be a disaster, but the main thing is that they're safe."

No timescale has been set for securing a new roof for the kennels which are a short walk away from Tom's home, but he doesn't think it will be cheap.

He added: "I've had quotes of £20,000 plus to put a roof back on and that's before taking into account the equipment which has been lost.

"We've put brand new stuff in the last couple of weeks and they're all smashed to bits, the damage is unbelievable.

'THE DAMAGE IS UNBELEIVABLE'

"Without any shadow of a doubt this is the worst damage I've seen. You expect a fence to blow down or bits and pieces of damage but not this.

"I'm trying to repair bits and pieces but until I get a roofer in it's hard, I just want to get my dogs back.

"Unfortunately for the farmer it's landed in his field but I will be rectifying that. The God send is no one was walking by."

Britain was last night battered by the gale-force winds of Storm Arwen with three people tragically losing their lives as a result of the wild weather.

Headteacher and dad-of-four Francis Lagan was killed when a tree fell on his car in Antrim, Northern Ireland, on Friday.

A 35-year-old driver also died under similar circumstances on the B977 in Aberdeenshire around 5.45pm on Friday, while a third person was fatally crushed by a falling tree in Ambleside, Cumbria.

Snow blanketed the UK as temperatures plunged to minus 10C and yellow weather warnings for ice cover central, eastern and southern England, and North East Scotland.

A snow warning also covers central and northern England from Sheffield to Milton Keynes which could bring up to 2cm to the region. 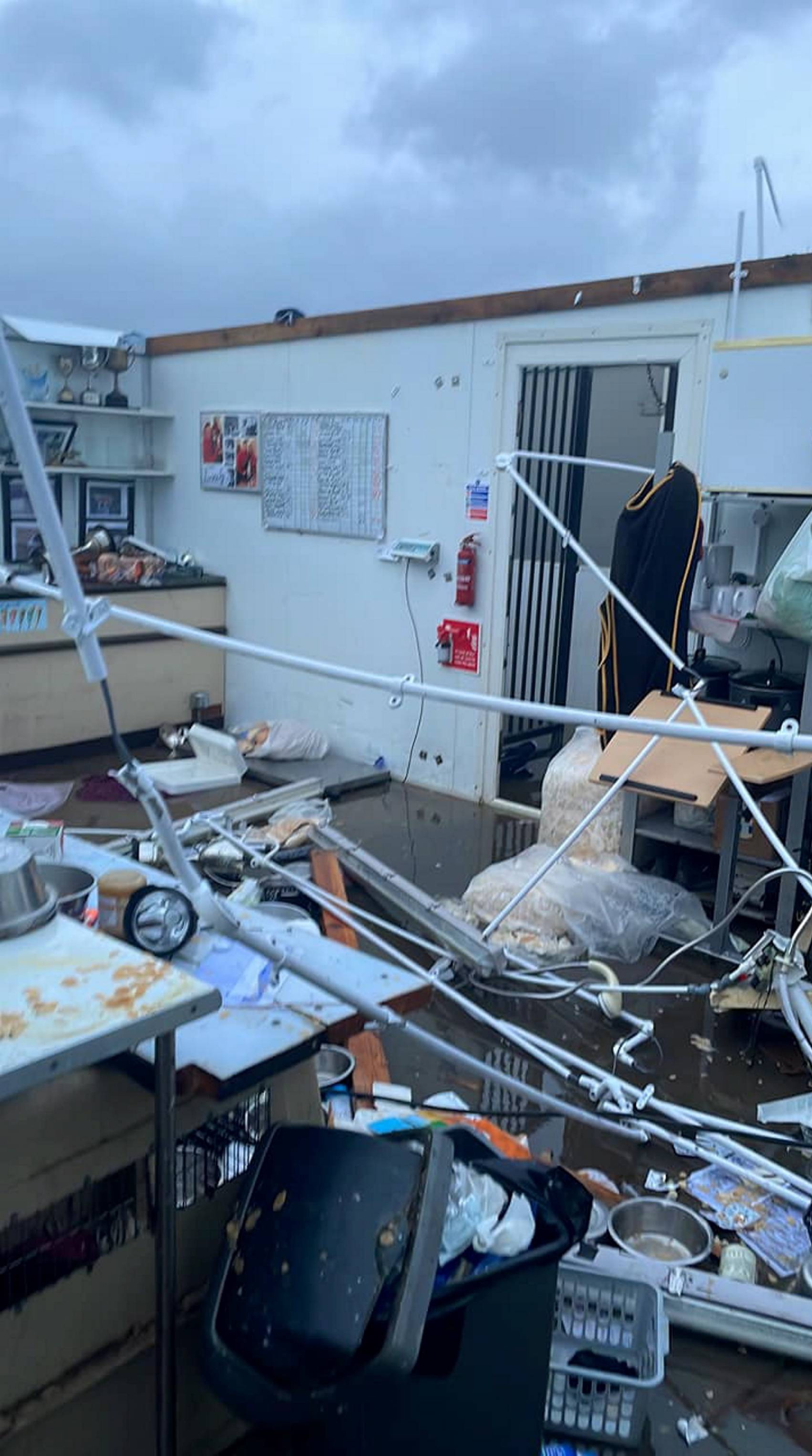 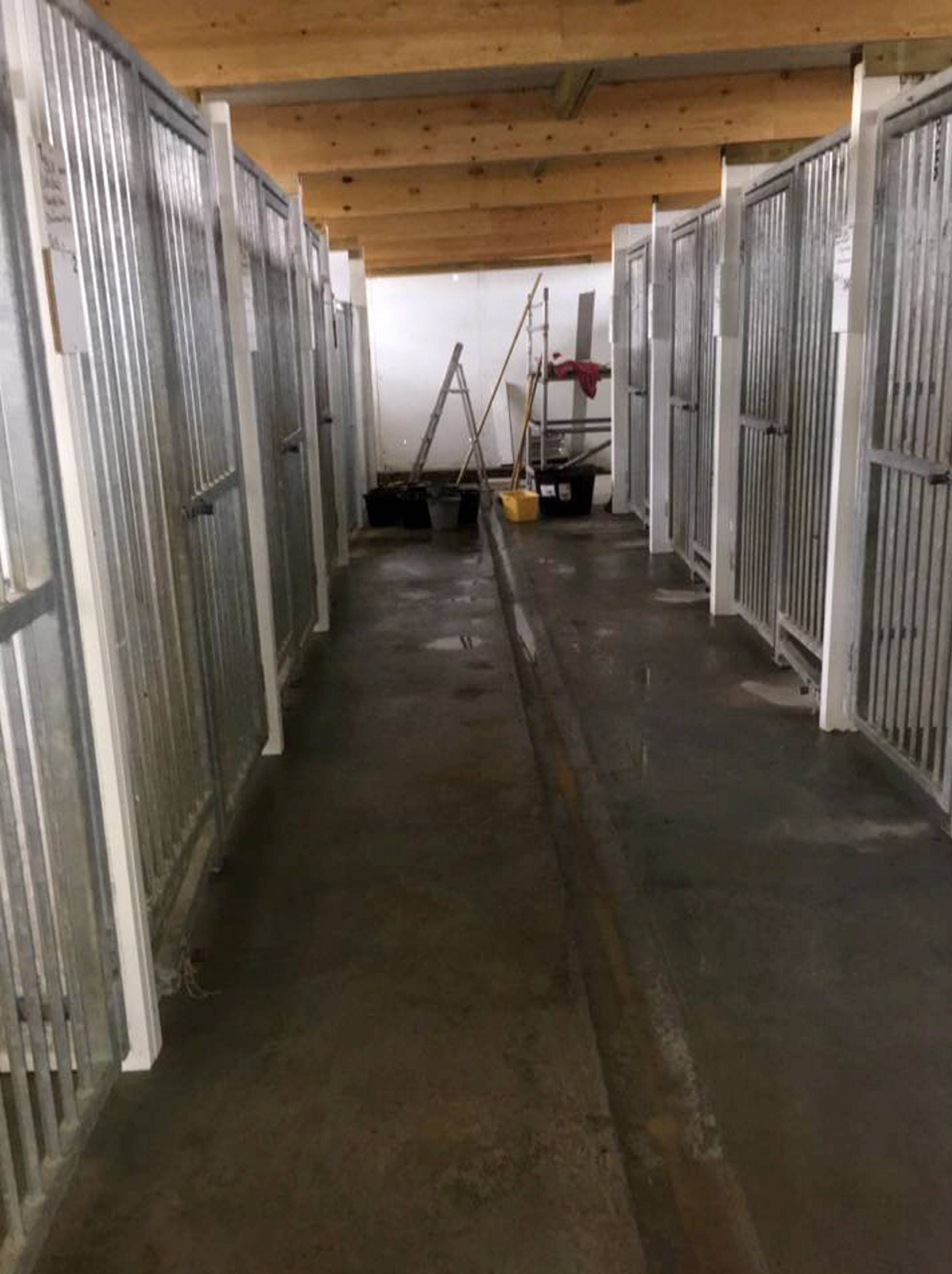 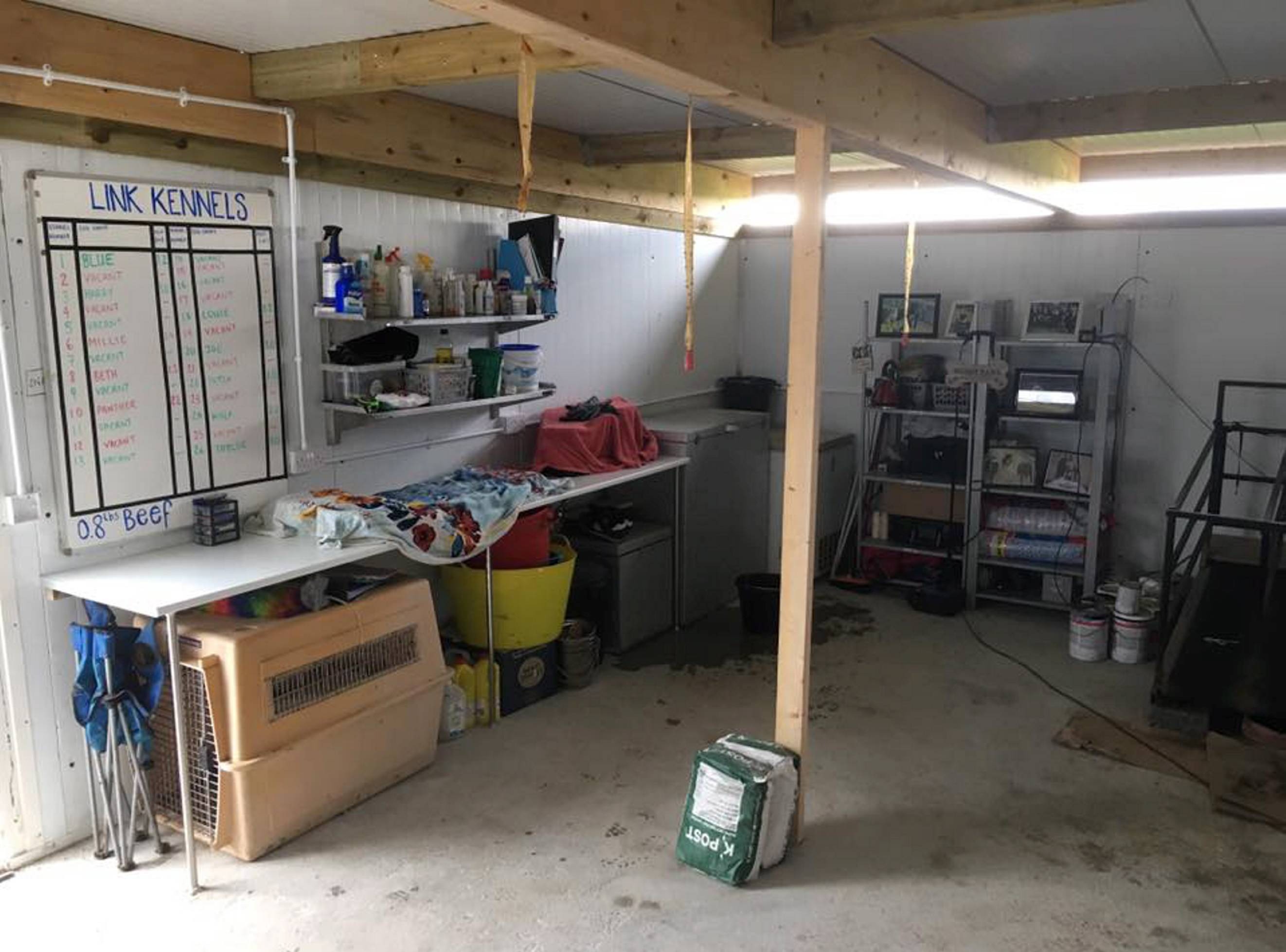 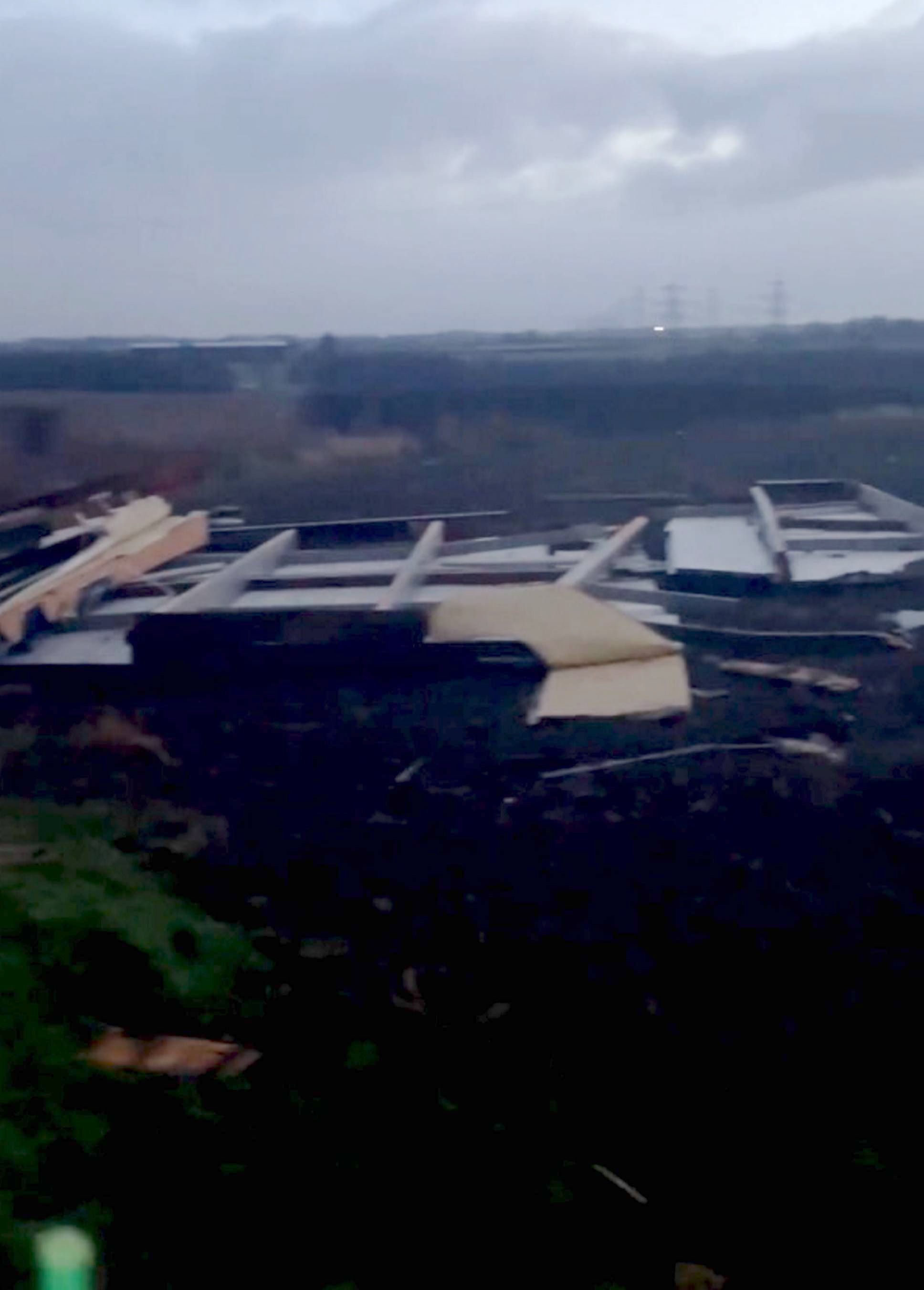 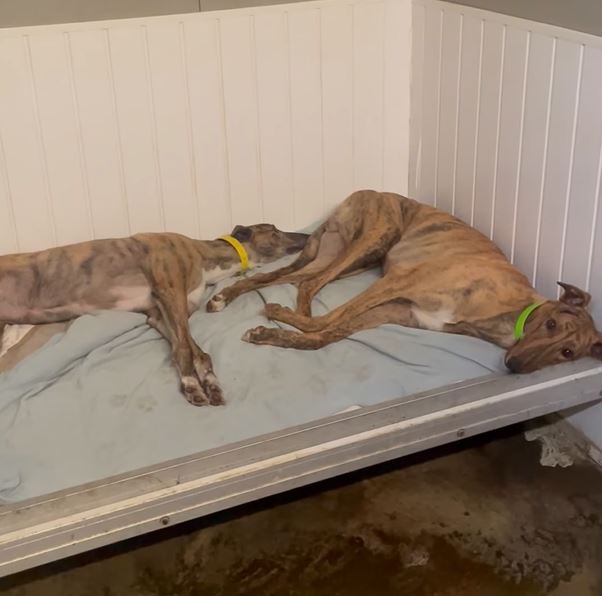