Home » World News » Daughter shares heartbreaking final photo of parents in hospital after mum, 80, was accused of murdering her dad, 81

Daughter shares heartbreaking final photo of parents in hospital after mum, 80, was accused of murdering her dad, 81

A HEARTBROKEN daughter has shared the final photograph of her parents together – as she called for an urgent change in the law on assisted suicide.

Mavis and Dennis Eccleston agreed to take a lethal cocktail of drugs – and daughter Joy Munns said they wanted to die together with her dad suffering from a terminal illness. 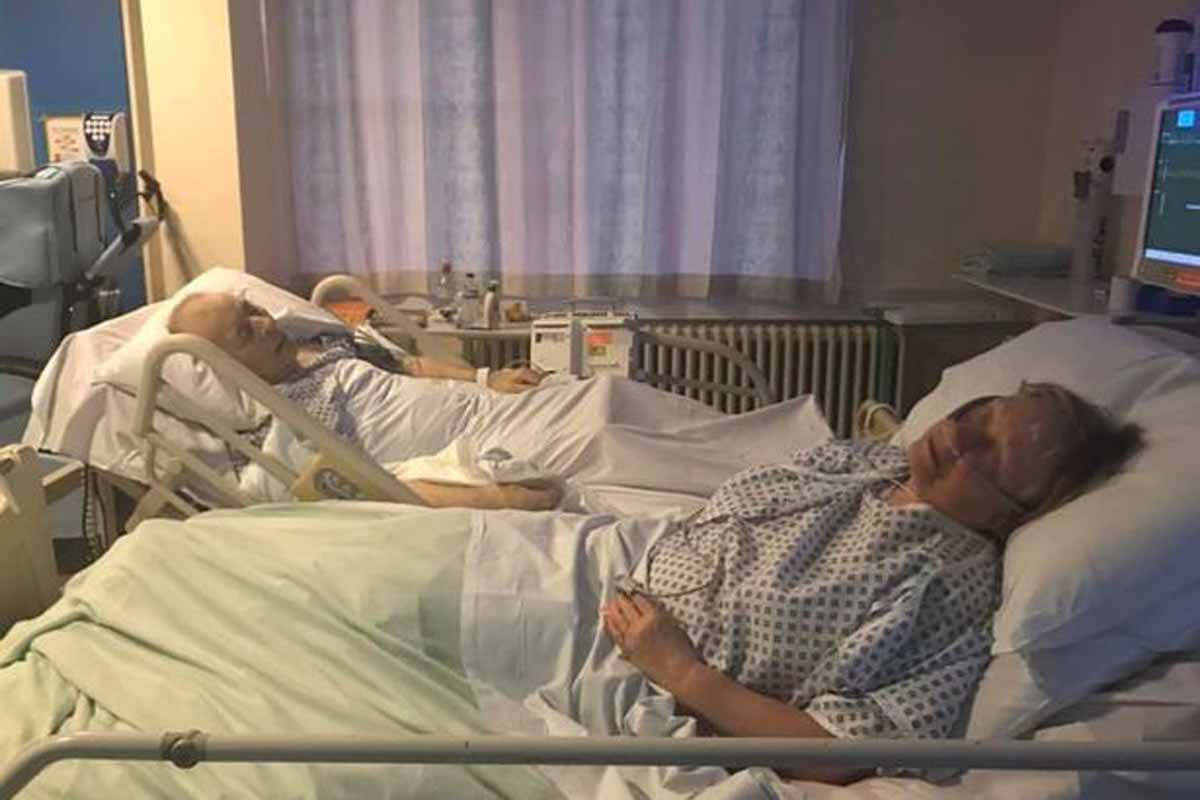 After swallowing the cocktail, Mavis tucked her husband of 60 years up with a blanket and he said: "Goodnight, darling."

He died later in hospital – but Mavis survived.

In a case which has shone a light on the assisted dying debate, Mrs Eccleston told how she did not regret assisting her cancer-stricken husband to die, but was annoyed to wake up in hospital and realise her attempt at suicide had failed.

She said: "I wanted to be with my husband. You wouldn't let an animal suffer the way Dennis was suffering. I don't regret what I did and wouldn't change what happened."

Mrs Eccleston, from Cannock, Staffordshire, said she then spent 30 hours in a police cell after being taken from hospital in her slippers and dressing gown and accused of murder.

She said police also denied her access to a proper toilet after she complained of feeling uncomfortable using the prison-style toilet in her cell.

Mrs Eccleston was finally acquitted in September this year.

Now daughter Joy said the case showed reform was needed on the issue of assisted dying.

Sharing the final photo of her parents, Joy said: "Does our 80-year-old mum look like a murderer?

"My brother Kevin and I have decided to share this heartbreaking photo with you all.

"The reason is to gain awareness of what families have to go through watching their loved ones suffer.

"Mum was charged with murder for trying to commit suicide alongside our cancer-riddled dad.

"He wanted to be out of pain – the love of her life for 60 years, she couldn't bare to see him suffer.

"She was willing to give the ultimate sacrifice, her own life. Why? Because of the law in this country.

"She should never have been charged with murder and put in a cell for 30 hours then made to stand trial for nearly three weeks, where luckily the jury saw sense and justice prevailed with a not guilty verdict.

"Loved ones will be made to suffer in pain every day unless we can change the law."

Joy added: "Dad sadly passed away 20 minutes after this photo was taken. This was never meant for public eyes but we wanted to share it to make everyone aware and if it helps us change the law, then it'll be worth it." 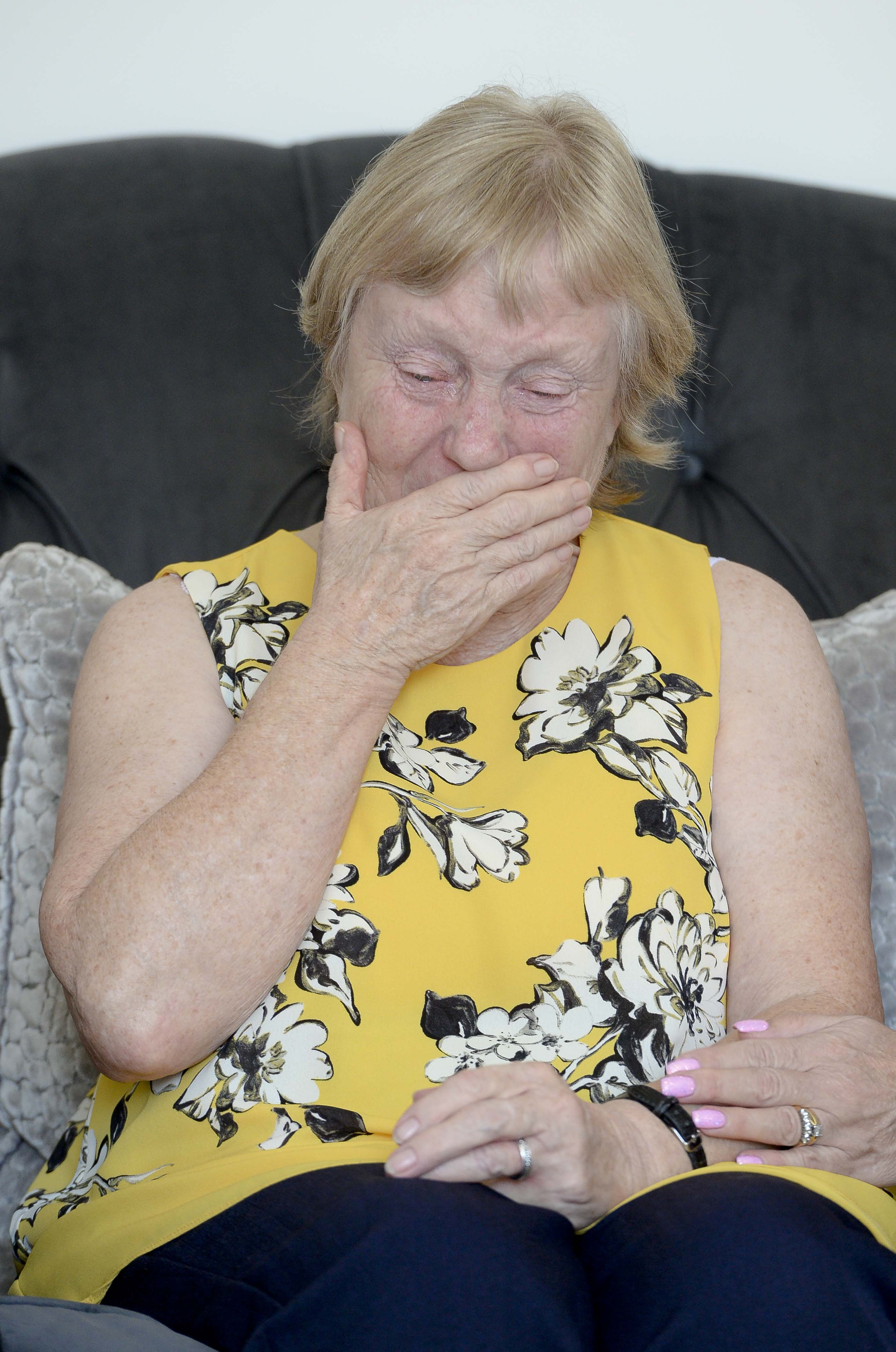 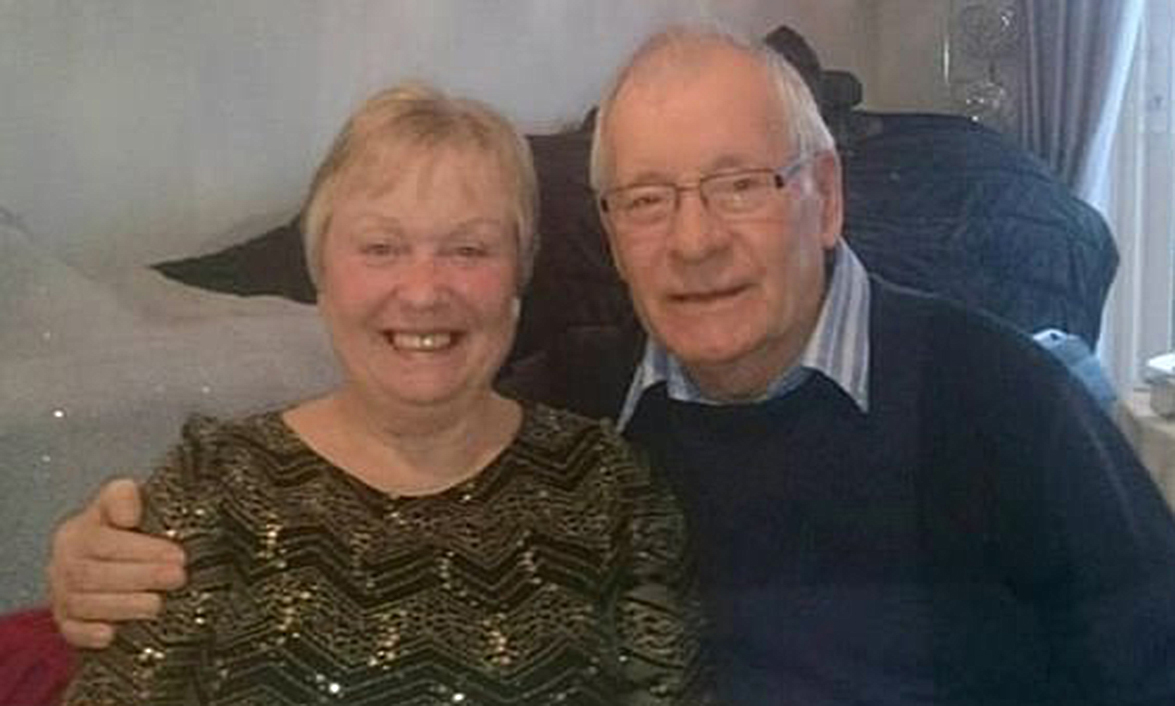 Mrs Eccleston said it was in 2015 that her husband – who she married in 1958 – told her he intended to end his life rather than live through his deteriorating bowel cancer.

In February last year, Mrs Eccleston penned a long suicide note to their family, and then the couple attempted to take their own lives.

Hours later, Mrs Eccleston woke up in hospital, alongside her husband, who was soon to die.

She recalled: "When I saw the nurses around me, when I realised I hadn't died, I felt…well, very annoyed."

The following day, she was arrested and was later charged with murder.

She was only acquitted in September after a harrowing three-week trial.

Sarah Wooton, chief executive of Dignity In Dying – which campaigns for the legalisation of assisted suicide, said: "Our broken law has forced a dying man to end his own life in secret, and threatened his devoted wife of 60 years with life imprisonment for acting purely out of love.

"An honest, caring family has been dragged through hell for 18 months." 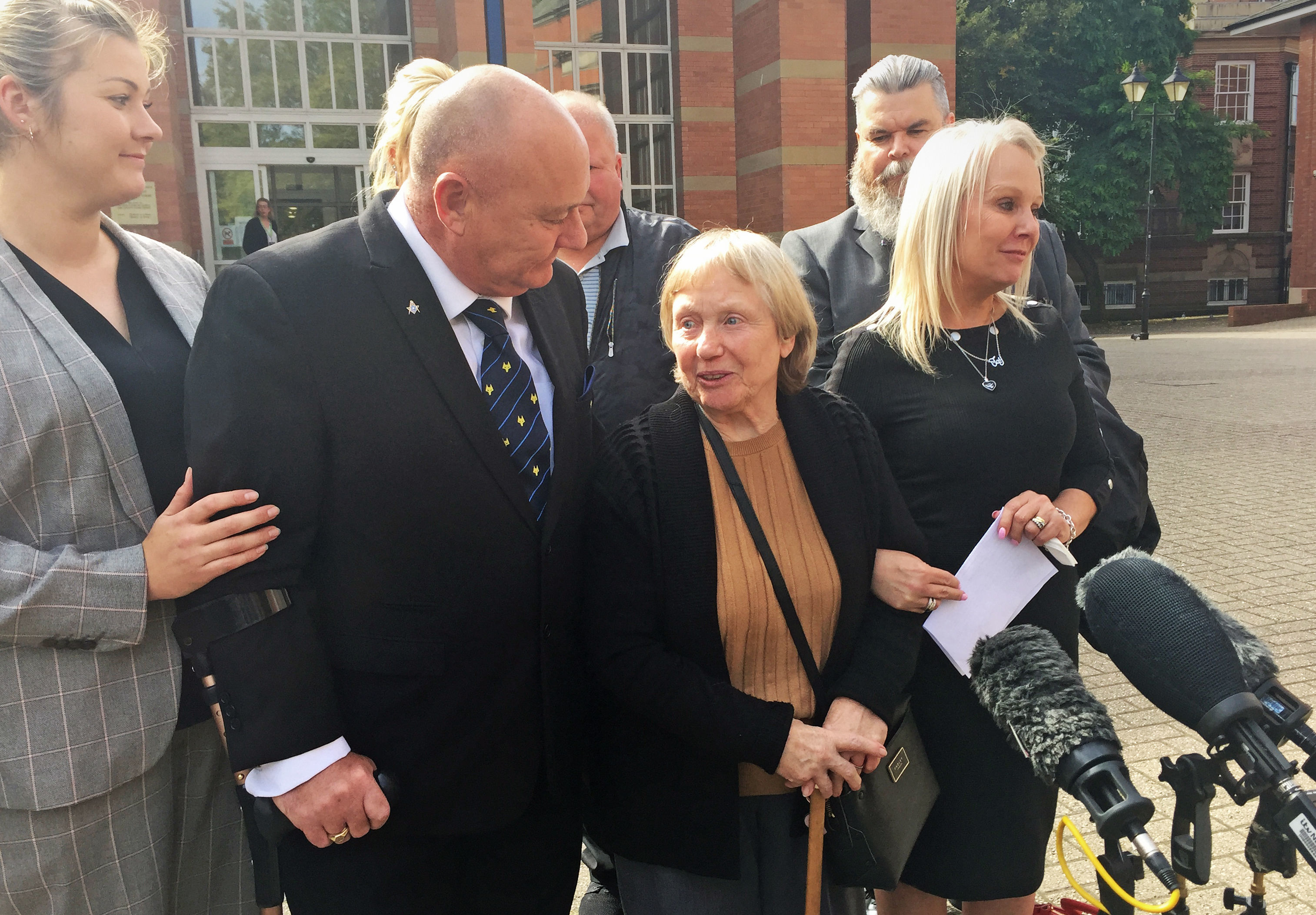 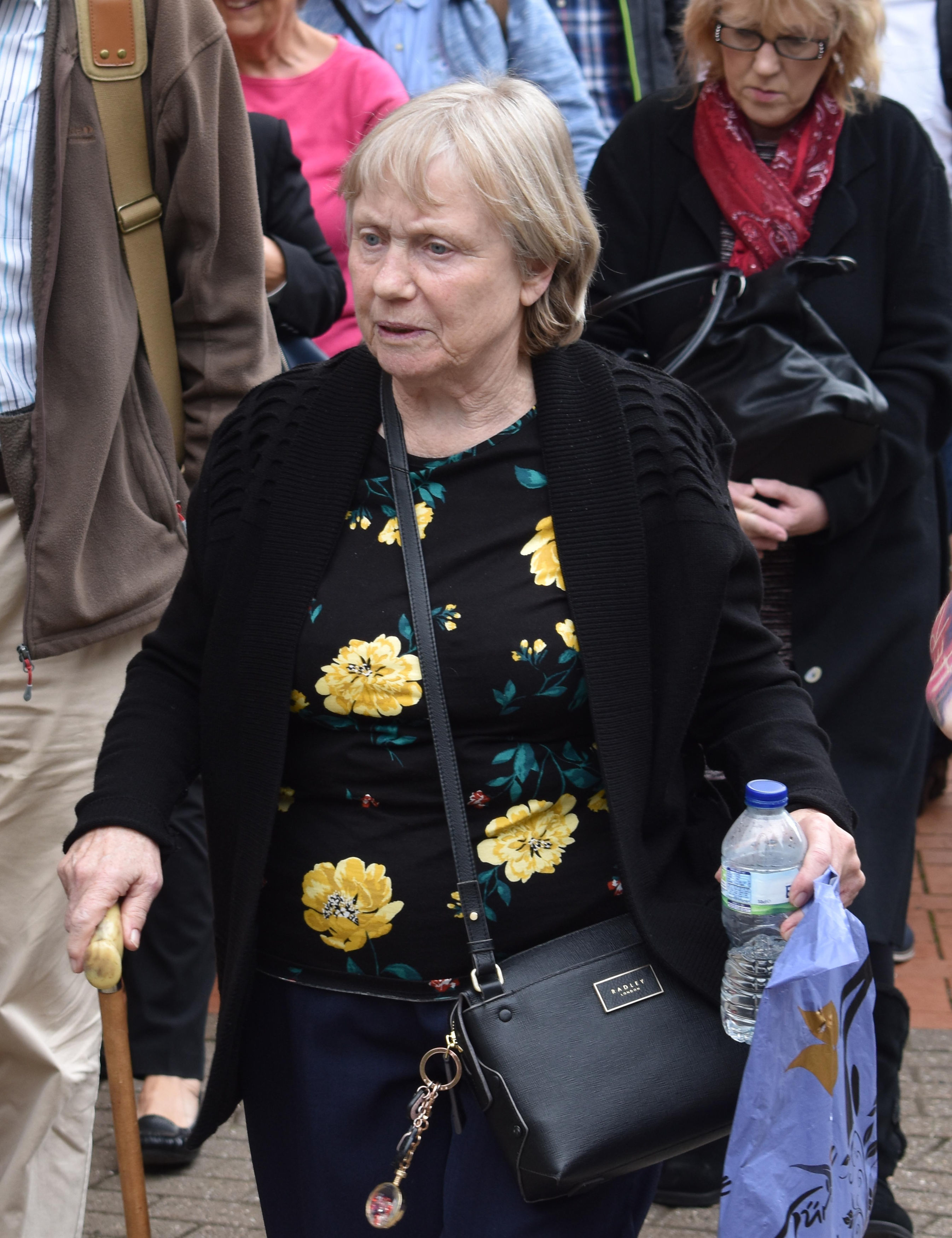 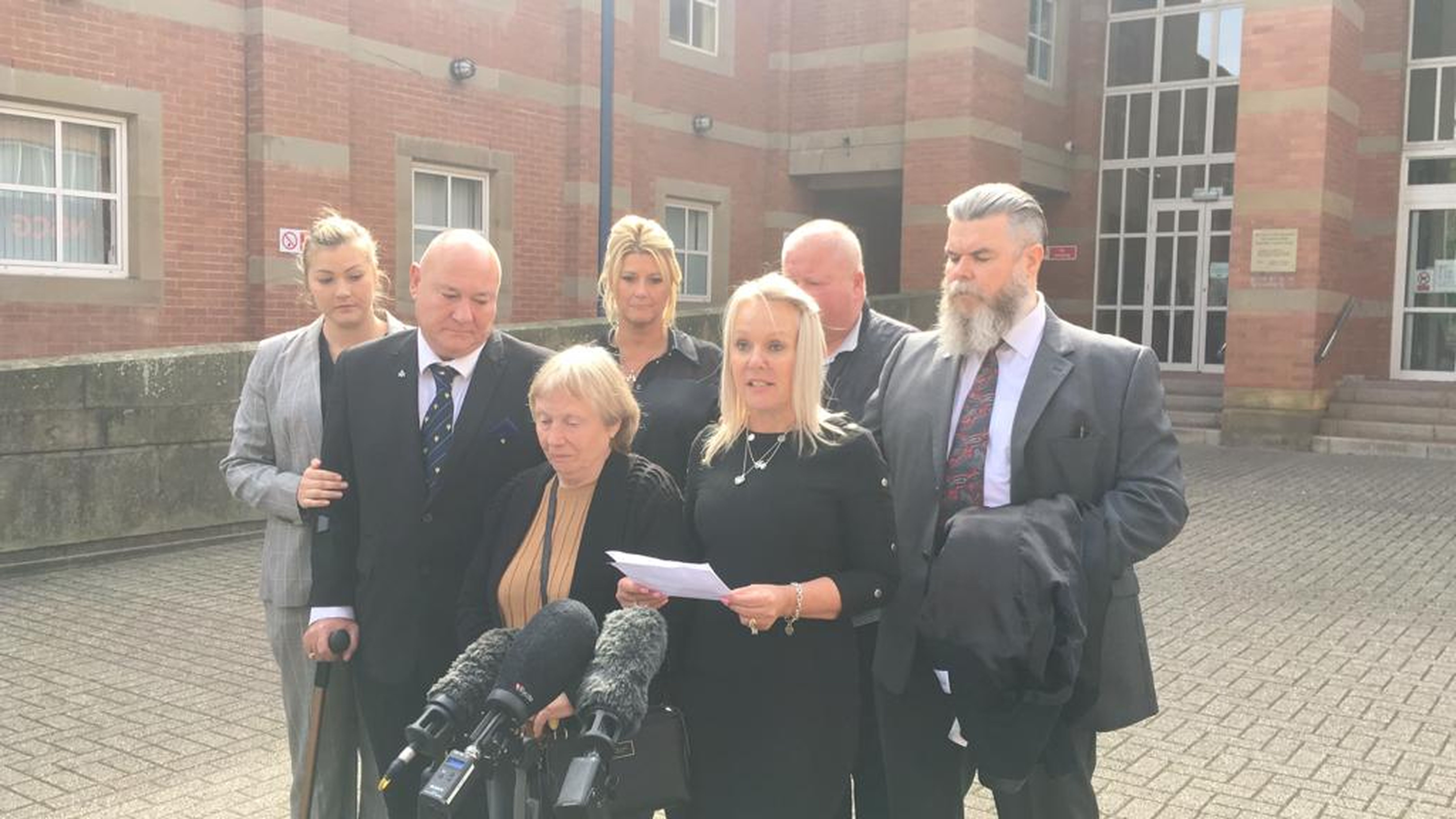