Dave Chappelle and Chris Rock commiserated about their recent public attacks, and in typical fashion, brought a little levity to the situation.

Chappelle performed a secret show at the Comedy Store in Los Angeles on Thursday night and immediately talked about the scary incident two nights prior. According to The Hollywood Reporter, the comic received "a hero's welcome" from the star-studded crowd that included Kim Kardashian and Sean "Diddy" Combs when he hit the stage. Rock decide to join Chappelle 10 minutes into the set.

Rock, who was hit in the face by Will Smith during the Oscars, quipped: "I got smacked by the softest n***** that ever rapped."

Chappelle was attacked on the last night of his historic run at the Hollywood Bowl. After the show, he apparently convinced the LAPD to let him speak to his assailant. 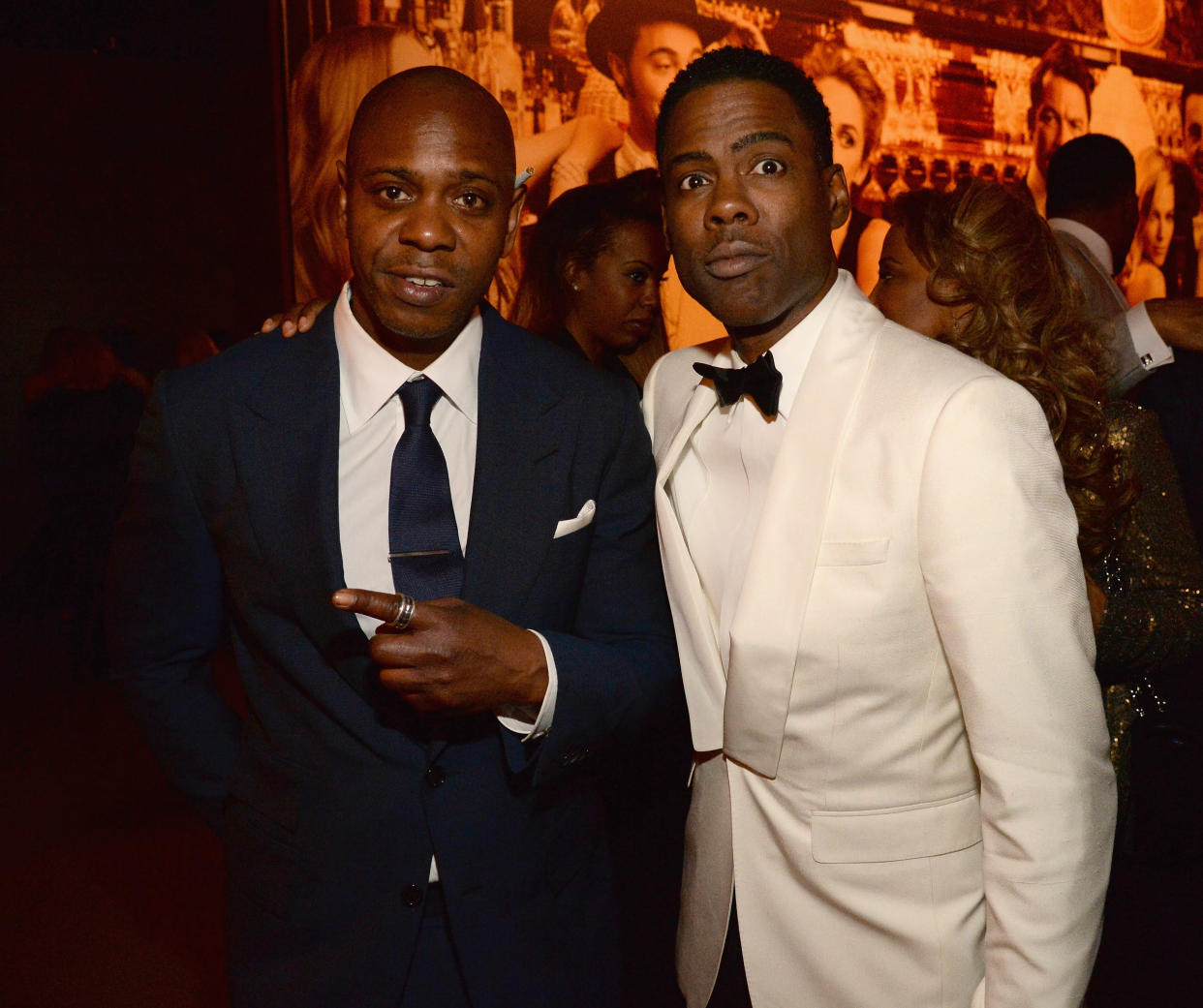 "I needed to talk to him," Chappelle explained, noting the man seemed mentally ill.

The comedian proceeded to ask 23-year-old Isaiah Lee, who was arrested in connection to the assault, why he would do such a thing. Chappelle told the crowd that Lee began talking about his grandmother in Brooklyn, who had been forced out of her neighborhood by gentrification. Lee apparently wanted to draw attention to her situation.

Lee will not face felony charges for the assault, much to the dismay of some Los Angeles residents.

Lee was charged with four misdemeanors, including battery and possession of a weapon. The man was armed with a replica gun that can eject a knife blade when discharged.

Entourage creator Doug Ellin is among those who spoke out: "Why would you charge him with a felony ? Why not give him a trophy?… WE ARE IN BIG TROUBLE !"

Lee pleaded not guilty on Friday, according to reports, and a judge granted Chappelle's request for a protective order.

Lee, accused of tackling Chappelle on stage, must stay 100 yards away from Chappelle at all times

He pleaded not guilty while in custody, his arm in a sling

The man accused of attacking Dave Chappelle—Isaiah Lee, 23, has pleaded not guilty. He’s charged with misdemeanor battery, and possession of a weapon with intent to assault, and of two #LosAngeles city municipal code violations. @knxnews

Yahoo Entertainment reached out to Chappelle's rep for comment but did not immediately receive a response. His spokesperson issued a statement on Wednesday saying the comedian didn't want the assault to "overshadow" his shows.

Chappelle's spokesperson added, "As unfortunate and unsettling as the incident was, Chappelle went on with the show," and praised Jamie Foxx and Chris Rock for helping to "calm the crowd with humor."