Home » World News » Declan Cutler was not the ‘intended target’ of his killers, police suspect

Declan Cutler was not the ‘intended target’ of his killers, police suspect

A 16-year-old boy killed during an alleged street gang attack may not have been his killer’s intended target, police have revealed.

The revelation came after homicide squad officers charged a seventh teen over the fatal roadside stabbing.

Declan Cutler was chased down, beaten and stabbed to death in a Reservoir street after he left a nearby party on March 13. 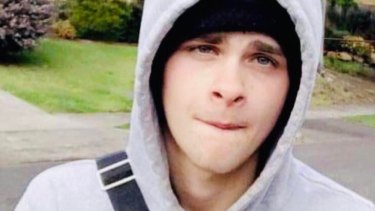 Police this week charged a seventh teen over Declan’s death, and court documents released to The Age reveal detectives believe eight people were involved in the attack. The seven teens who have been charged are all in custody.

Police allege the assault stemmed from issues between two gangs, and online taunts posted on social media platforms in the weeks after the fatal attack have threatened further violence.

During a recent hearing at a children’s court, a police officer from the homicide squad revealed Declan may not have been his killers’ “intended target”. Police are investigating whether his death may have been a case of mistaken identity.

On Thursday, Assistant Commissioner Bob Hill said Victoria Police had committed significant resources to the investigation and vowed to hold those responsible to account for their actions.

“Declan’s heartbroken family deserves justice, and this is a strong and demonstrable statement that, for those choosing to engage in this type of violent and senseless crime, we will be relentless in our pursuit of you,” Mr Hill said.

“The investigation into this matter will continue until police are satisfied that all those involved are held to account for their actions.”

Six alleged offenders – two 17-year-olds and others aged 16, 15, 14 and 13 from Melbourne’s north and west – were arrested a fortnight after Declan’s death and all were charged with murder.

A seventh teen, a 17-year-old male, was arrested and charged with murder on Thursday.

All seven youths have since been remanded in custody and ordered to reappear before a children’s court in June. They cannot be identified due to their age.

Court documents released to The Age show police allege Declan was walking along Horton Street, Reservoir when a car load of eight offenders – who had been driving around the suburbs of Reservoir and Coburg North – chased the teen down, about 2.25am on March 13.

On the side of the residential street, Declan was grabbed from behind and fell, and the eight offenders began to allegedly “stomp, kick, punch and stab” the youth.

Declan was treated by paramedics and police, however he died at the scene.

At least 200 people attended a private funeral service for Declan and police were also in attendance.

Anyone with information is urged to contact Crime Stoppers on 1800 333 000 or submit a confidential report online at www.crimestoppersvic.com.au.