THE Delta CEO has said he never reclines his seat while flying, and that passengers should ask the person behind them before doing so.

The comments come after one American Airlines passenger filmed the man behind her repeatedly pushing the back of her seat after she refused to move it upright during a flight. 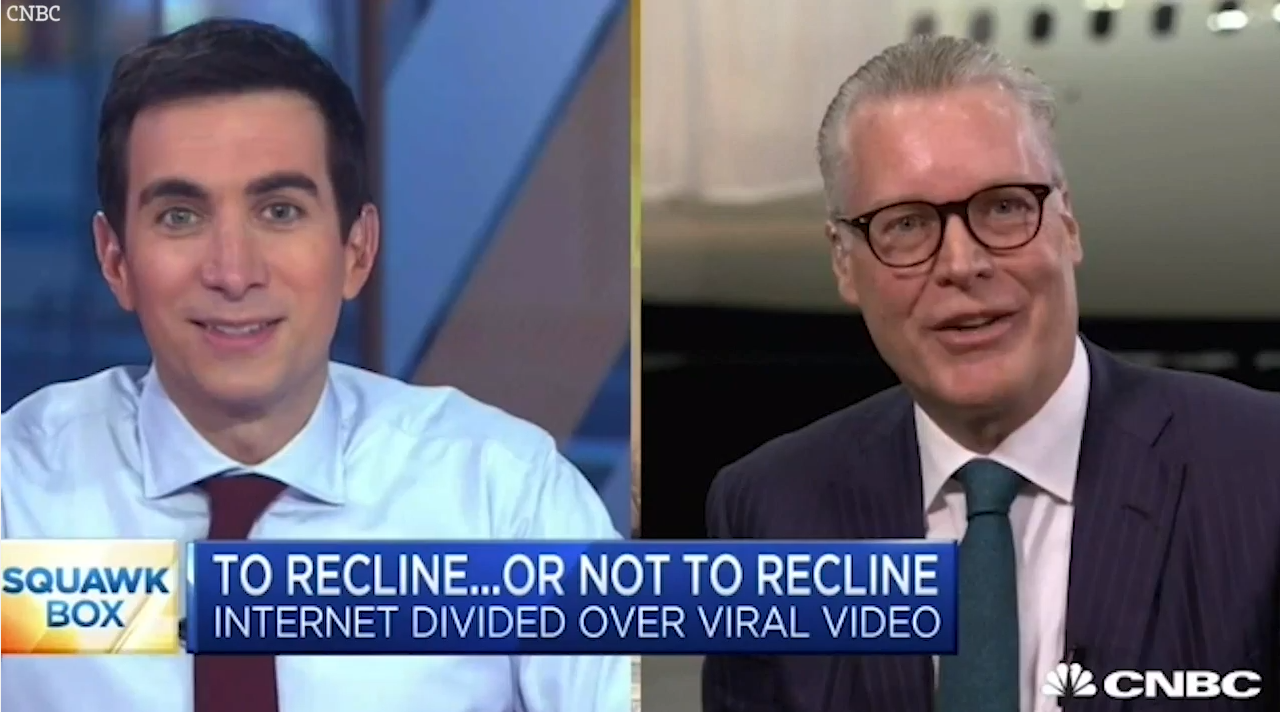 Asked about the controversy during an appearance on CNBC's Squawkbox, Ed Bastian: "I think customers have the right to recline.

"But I think the proper thing to do, if you're going to recline into somebody, that you ask if it's okay first.

"I never recline because I don't think it's something that, since I'm the CEO of the airline, I should be reclining my seat.

"And I never say anything if someone reclines into me."

He added: "We asked all of our customer to do the very best to show respect to their fellow customers.

"We want all our customers to have a great time."

TO RECLINE OR NOT TO RECLINE?

Behind her, an unidentified man repeatedly pushes the back of her headrest and she refuses to move the seat upright.

The man was unable to recline his own seat because he was sat on the back row of the plane.

Williams said she moved her seat upright when food was served, but moved it back again once the man had finished his meal.

She said she complained to the cabin crew, but in response they gave the man a complimentary drink and threatened to escort her off the plane.

The clip has sparked debate on social media, with users divided about which of the two was in the wrong.