Just as Prime Minister Mette Frederiksen was set to begin a second term as Denmark’s leader this month, she caused an uproar by proposing a contentious way to provide more funding for the military: cancelling a national holiday.

The holiday, Great Prayer Day, was established more than three centuries ago and falls on the fourth Friday after Easter. Back then, stores and bars closed at 6pm the night before, with the aim that people would be sober for church and prayers the next day. 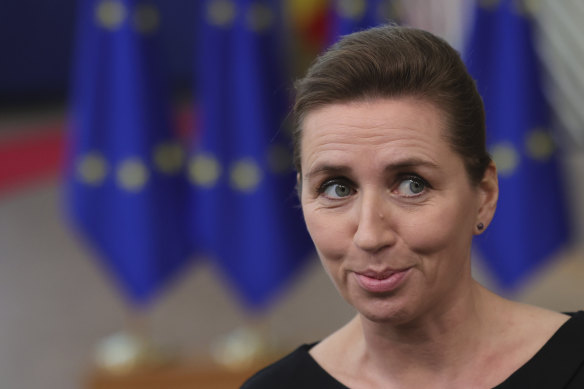 Now, seeking to bolster the military at a time when there is a war in Europe, Frederiksen has touched a nerve by essentially asking people to surrender one of their 11 public holidays, a move that is intended to generate more tax revenue by keeping businesses open.

“People need these holidays to relax and gather together,” said Pernille Vigso Bagge, the president of the Danish Clergy Association. She added that Danes should not have to choose between guns and bullets, and peace and reflection.

The proposal by the prime minister, who recently won a second term after working for about a month and a half to form a new governing coalition, takes aim at a holiday popular for confirmation ceremonies, though it is unclear whether or how it will affect celebrations if enacted. 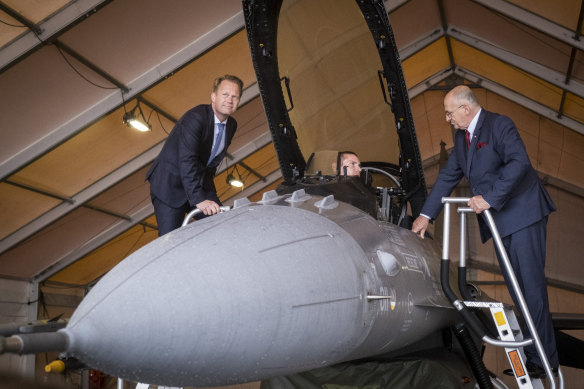 The coalition, an unusual three-party alliance of Social Democrats and the Liberal and Moderates parties, is taking power as Denmark grapples with rising energy prices and its highest inflation in decades.

Frederiksen’s proposal December 14 to cancel the holiday beginning in 2024 set off a national debate about work, religion, tradition and domestic defence.

“I personally think that it is a relatively cheap price to pay as a country with war on its own continent,” she said.

The Danish Finance Ministry has not provided a figure for how much the government could raise by abandoning the holiday.

“With Putin’s attack on Ukraine, there is war in Europe. The threat has moved closer,” the government wrote in a document outlining its policy goals. “To finance increased military spending in the coming years, the government will propose a law abolishing a public holiday that will come into effect in 2024. Danes must contribute to our common security.”

The proposal would also help Denmark as it seeks to increase military spending to 2 per cent of the country’s gross domestic product, as is required for all members of NATO, though in reality, most fail to hit that mark.

The government plans to spend the money on strengthening conscription, cybersecurity and research to meet threats in the future.

“It is not a problem that the government wants to meet NATO’s goals, but there are plenty of other routes to choose from,” said Vigso Bagge of the Danish Clergy Association, urging the prime minister to consider cancelling tax breaks or using the nation’s budget surplus instead.

Great Prayer Day comes with its own rituals, although many Danes tend to treat the holiday as just another day off.

In the past, because bakers could not work on the holiday, they baked wheat buns called hveder, in advance, and families could then toast them after religious services the next day. Hveder are still popular around the holiday.

The Ministry of Finance wrote in an email that the abolition of a public holiday “would help to significantly strengthen public finances”.

But Tore Stramer, the chief economist at the Danish Chamber of Commerce, said the outcome of the proposal was very uncertain.

“We do not know how Danes will react to a holiday being cancelled. Will they work? Will they take the day off?” Stramer said.

That is partly because some people may have already committed to taking the day off in the coming years, so they might stay home even if there is no holiday.

He added that “a lot of Danes will choose to work an extra day, but if that turns out not to be true, then you won’t get the income you expected. The risk is great.”

And even then, there are other potential obstacles, because any money that is raised will go into the country’s general fund, rather than straight to military spending, so there is no guarantee how it will be used.

Other political parties — including the Red-Green Alliance, the Denmark Democrats, the Danish People’s Party, the New Right, and The Alternative party — have said that they oppose cancelling the holiday.

This is not the first time Danish politicians have suggested abolishing a holiday. In 2012, the government of Helle Thorning-Schmidt, the prime minister at the time, proposed a similar idea, but it was quickly shot down.

The government could make its proposal a reality either through negotiations with trade unions and employers or through legislation. Frederiksen’s new government holds a majority in Parliament and could pass a law abolishing the holiday.

Lizette Risgaard, the president of the Danish Confederation of Trade Unions, told the Danish broadcaster TV2 that the move could lead to labour conflict. Labour negotiations for 2023 are underway.

“If the defence budget is not adequate, and we need more money for fighter jets, which other holiday will be cancelled?” she asked.