Disinherited daughter faces losing her home in legal battle with RNLI over lifeboatman father’s £300,000 estate that he gave to charity instead of her

A ‘disinherited’ daughter faces losing the £260,000 home she won in her divorce just months ago after losing a legal battle with the RNLI over her lifeboatman father’s £300,000 estate.

Sonya Young gave up her job to concentrate on a legal fight with the lifesaving charity in 2015 after discovering her father, Brian Cole, had left around £268,000 to the RNLI, while handing her and his former partner just £5,000 each.

Troubled Mr Cole killed himself, aged 70, on August 30, 2013, just 25 days after he signed off the will, leaving nearly all his savings to fund the lifeboat in Penarth, Wales, he once crewed. 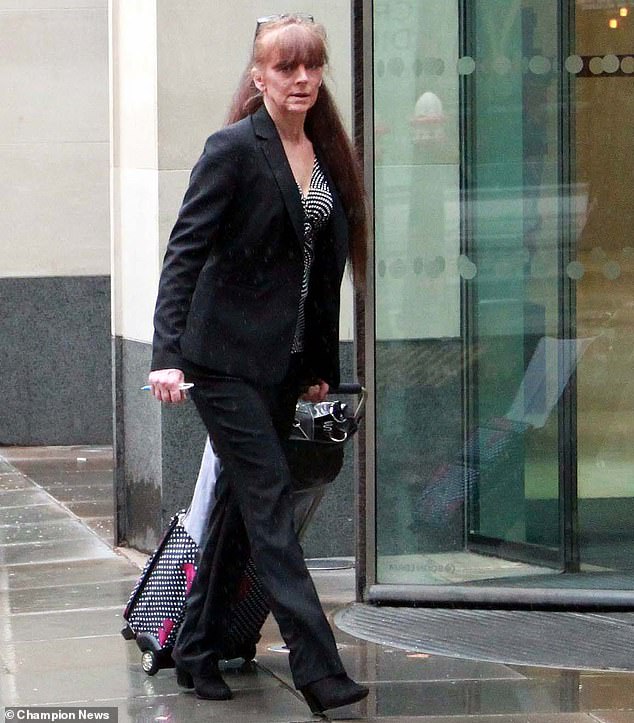 Sonya Young, pictured, gave up her job to concentrate on a legal fight with the RNLI in 2015 after discovering her former lifeboatman father, Brian Cole. had ‘disinherited’ her in his will

Mrs Young, of St Ambrose Close, Dinas Powys, Wales, has been fighting the charity since in a bid to prove her father was not in his right mind when he made his final will.

At the same time, she has also been going through a divorce with her ex husband Phillip Young and in March this year a court ruled that she should walk away from the marriage with the whole of the £260,000 family home.

But now she faces losing everything she gained after the fallout from her inheritance fight caught up with her this week.

In July last year, Judge Paul Teverson found in favour of the charity, upholding the will and ruling that Mr Cole had known what he was doing.

He had made a conscious decision to ‘disinherit’ his daughter after a bad falling-out, the judge said.

At the charity’s request, another judge this week imposed charging orders totalling more than £140,000 in favour of the RNLI on the house she won in the divorce, paving the way for the property to be sold to pay off what she owes to the charity.

London’s High Court heard that Mr Cole, who was worth around £300,000 when he passed away, had named his only daughter as his main heir in 2008.

But in another will he executed in 2012, he largely ‘disinherited her’ in favour of his then girlfriend Angela Saunders. 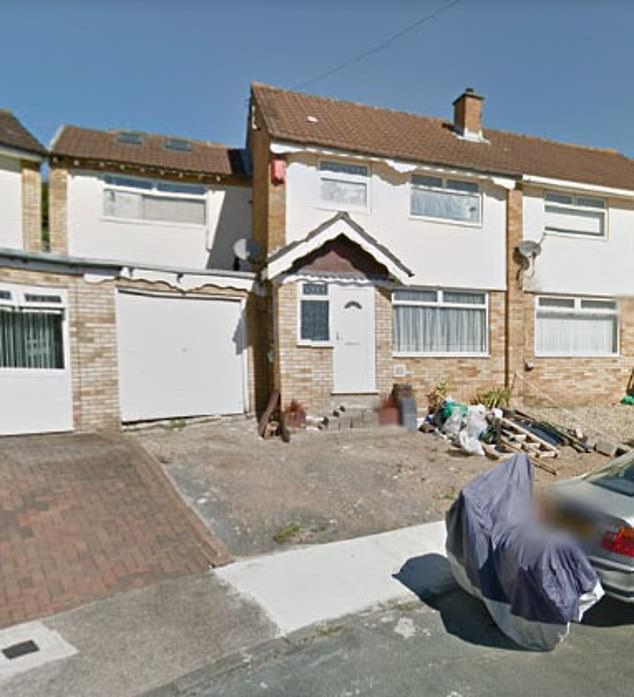 A judge this week imposed charging orders totalling more than £140,000 in favour of the RNLI on the £260,000 house in Dinas Powys, Wales, pictured, which Ms Young she won in her divorce, paving the way for the property to be sold to pay off what she owes to the charity

His last will in 2013 then left both women only £5,000 each, with nearly all of his assets going to the RNLI in honour of his former service as a lifeboatman ‘for the purpose of the upkeep of the Penarth life boat and the station at Penarth’.

Mr Cole told the lawyer who prepared his last will that he had been a crew member of the Penarth life boat ‘many years ago’ and wanted the RNLI to get most of his wealth.

Daniel Burton – the RNLI’s barrister – told the court there was a troubled history between father and daughter, and that there had been some ‘fundamental disagreement’ between them.

‘The evidence is clear that his intention was to disinherit his daughter and he had already done that pursuant to his previous will,’ he added.

But Mrs Young said her father had a history of boozing and suggested he may have been deluded when his last will was executed, also pointing out that he committed suicide just over three weeks later.

‘None of it makes any sense,’ she argued.

Judge Teverson said the issue he had to decide was not whether the pensioner was being ‘fair or kind’, but whether he was not in his right mind at the time.

The evidence did not suggest this, the judge found, saying the changes Mr Cole made to his various wills ‘are explained by him falling out with his daughter and then with his partner’.

The judge ruled in favour of that will and the RNLI in July last year. 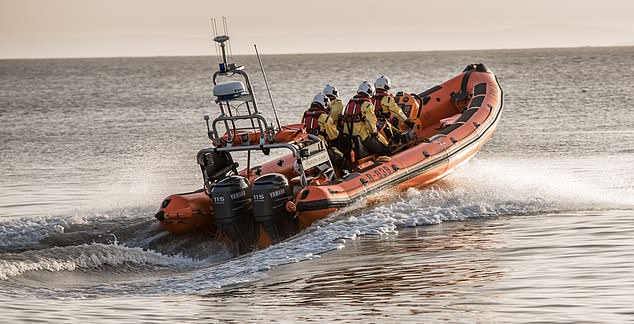 Brian Cole’s last will in 2013 left his daughter and partner only £5,000 each, with nearly all of his assets going to the RNLI in honour of his former service as a lifeboatman ‘for the purpose of the upkeep of the Penarth life boat and the station at Penarth’

This week Judge Timothy Bowles ordered Mrs Young to pay the charity a total of over £140,000 to cover the shortfall, plus the costs of the court fight and approved charging orders totalling that sum on her house.

He made the move after hearing Mr Burton say that Mrs Young had ‘admitted having the assets in her hands’ and that she had ‘held and partly dissipated them.’

Mr Burton also told the judge that following a hearing in the divorce proceedings in March this year, Phillip Young, Mrs Young’s estranged husband, had ‘transferred his interest in the property to her or been ordered to do so..’

Mr Young was in court at an earlier hearing and had told Judge Teverson: ‘She gave up work to fight this case. Because of what she’s done, everything that I’ve worked for that should have gone to my children is going to be handed to the RNLI. I do feel very strong and bitter about it.’

Judge Bowles approved charging orders of £82,243.10 to cover the shortfall in repayment plus interest, plus around another £38,825.65 in legal costs. The judge said a further £26,000 charging order for her costs bill had already been approved.

A spokesman for the RNLI after an earlier hearing said: ‘Legacies such as those left by Mr Cole play a vital part in saving lives at sea and the charity is extremely grateful to anyone who leaves a gift in their will.’