Dog owner who was mauled by ‘frenzied’ Staffordshire bull terrier-pitbull cross while pulling it off his cockapoo wins £1,000 compensation

A pet lover has been awarded damages after he was mauled whilst saving his cockapoo dog from being savaged to death by a runaway bull terrier.

Barry Frost, 58, was left with ‘significant injuries’ as he tried to pull the ‘frenzied’ hound off his pet Maisie during a walk along a footpath in Wigan.

The terrier’s owner Keith Grundy, 59, who had let the bull terrier off it’s lead, managed to get it back under control after arriving at the scene but then disappeared with the animal.

Mr Frost, from Wigan, Greater Manchester suffered two large gash teeth marks on his arm, a ripped jacket and a broken foot as he was pulled to the ground in the scuffle.

Grundy was traced after he was recognised from CCTV of the incident. His dog called Oscar was found to be a Pitbull-Staffordshire bull terrier cross. 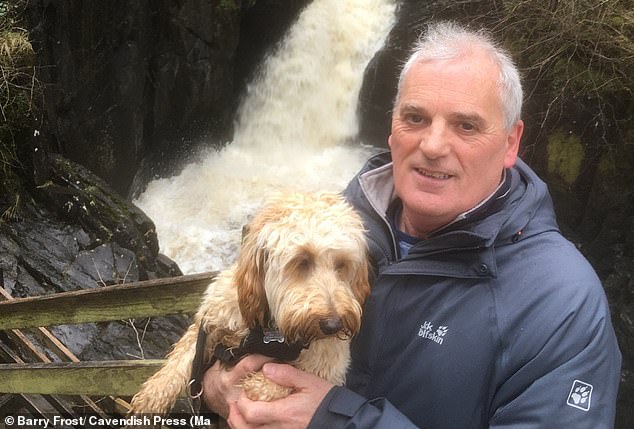 Barry Frost, 58, was awarded £1,000 after he was left with ‘significant injuries’ as he tried to pull a ‘frenzied’ hound off his pet Maisie during a walk along a footpath in Wigan

At Bolton Crown Court, Grundy, also of Wigan, admitted having a dangerous dog out of control and was ordered to pay the compensation to Mr Frost but was spared a jail sentence after a judge said he was ‘not an irresponsible man.’

Oscar has since been neutered but was spared being put to sleep. He will have to be muzzled in public and wear a suitable collar and harness with a double-ended lead.

The incident occurred on April 8 last year whilst Mr Frost was walking Maisie to a former mining area known as ‘The Old Coal Wash’.

Prosecutor Bob Sastry said: ‘Whilst on that path, a muscular dog of a similar breed to a Staffordshire bull terrier approached Mr Frost and began to attack Maisie.

‘During the attack, the dog took hold of Maisie by the rear leg and would not let go. Mr Frost was able to pick Maisie up and put her in his arms but at that point, the terrier then turned on him, jumped up, biting his right arm, leaving two large gash teeth marks on his right inner bicep. 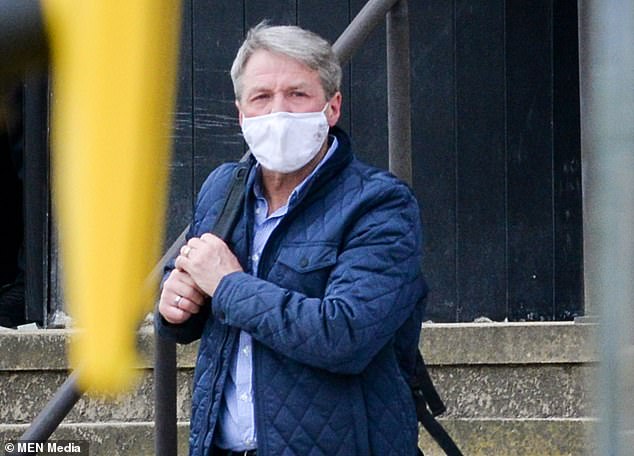 The terrier’s owner Keith Grundy, 59, who had let the bull terrier off it’s lead, managed to get it back under control after arriving at the scene but then disappeared with the animal

‘These were bleeding when he removed his jacket to look at the injury. Then the dog pulled him to the floor by his right arm, and as he stood up, in order to look at his right arm, he had some severe discomfort in his right foot. That was later found to be a broken fifth metatarsal in his foot.

‘At the time the dog attacked him, the owner was not present in the immediate area and Mr Frost was in fear due to the ferocity of the animal which was described as being in a frenzy.

‘Once the owner Mr Grundy appeared, he then took the dog away but Mr Frost shouted after him as he walked off.

Mr Frost was helped to his feet by a passing cyclist before he contacted his wife Michelle who took him to Wigan Infirmary, where he received treatment for a broken right foot. 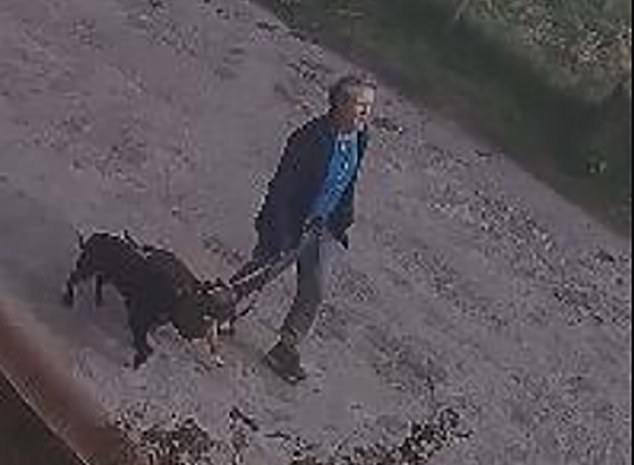 Mr Sastry added that Mr Frost was left ‘shaken and distressed’ from the attack.

He added that Grundy was ‘shocked at the level of injury sustained’ by Mr Frost and didn’t realise his dog had caused it.

‘He was reluctant to accept that the dog was dangerous, but it was explained to him, and he admitted at the time, that the dog must have been not in control, and it was a danger to other people.’

Grundy’s lawyer Richard Jones said: ‘Oscar has stayed with him since the incident and there have been no complaints of any sort since.

‘The letting of Oscar off the leash that day was a one-off thing and he had never done it before. He accepts with hindsight it was the most foolish thing to do, particularly as he was walking another dog at the same time as well. 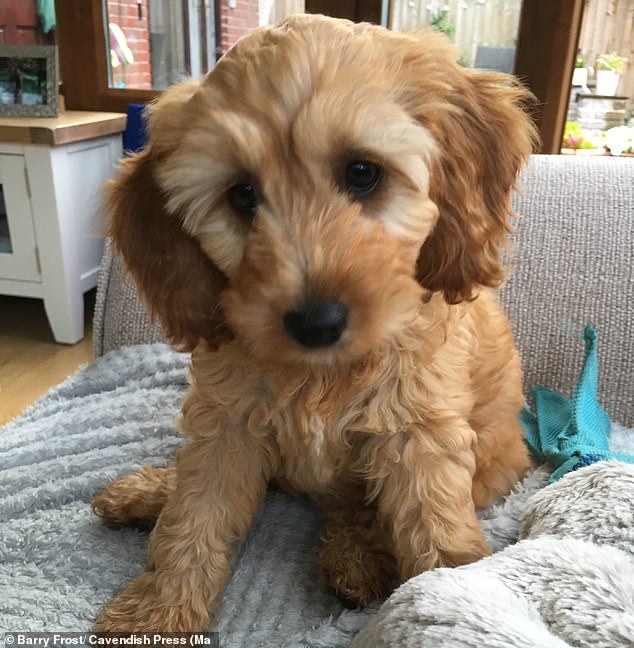 Grundy was also ordered to complete 100 hours of unpaid work and pay £500 costs.

Oscar was made subject of a contingent destruction order meaning he must be muzzled and wear a lead in public to avoid being put down.

Sentencing Judge Paul Lawton told Grundy: ‘Mr Frost was simply going about his business walking his dog, when they encountered your dog Oscar, a black, muscular Pitbull-Staffordshire-bull cross, which potentially has some American bulldog in it as well.

‘It was off the lead, it was out of your sight, and without warning, it set about his dog. It was quite a horrific experience for Mr Frost, which doubtless caused him considerable trauma.

‘I don’t accept you are, necessarily, an irresponsible man. You are of good character. Your remorse is said by all to be genuine, and you did, when you were removing your dog from the scene, tell Mr Frost that you were going to return to the scene. The proper thing would have been, perhaps, to get the dog on a lead and then communicate with Mr Frost.’