THIS is the shocking moment a councillor climbed over his neighbour's fence and screamed "do not touch my property" as the warring pair came to blows over a tiny patch of land.

Tory Councillor Colin Matthews claims his "hostile" neighbour Mark Ashwin, 58, has "stolen" an eight square metre strip of land from his back garden and is "squatting" on it. 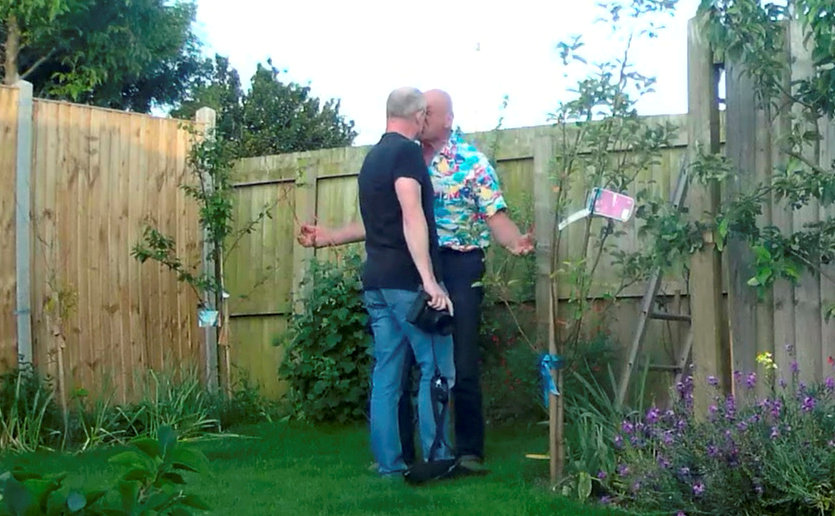 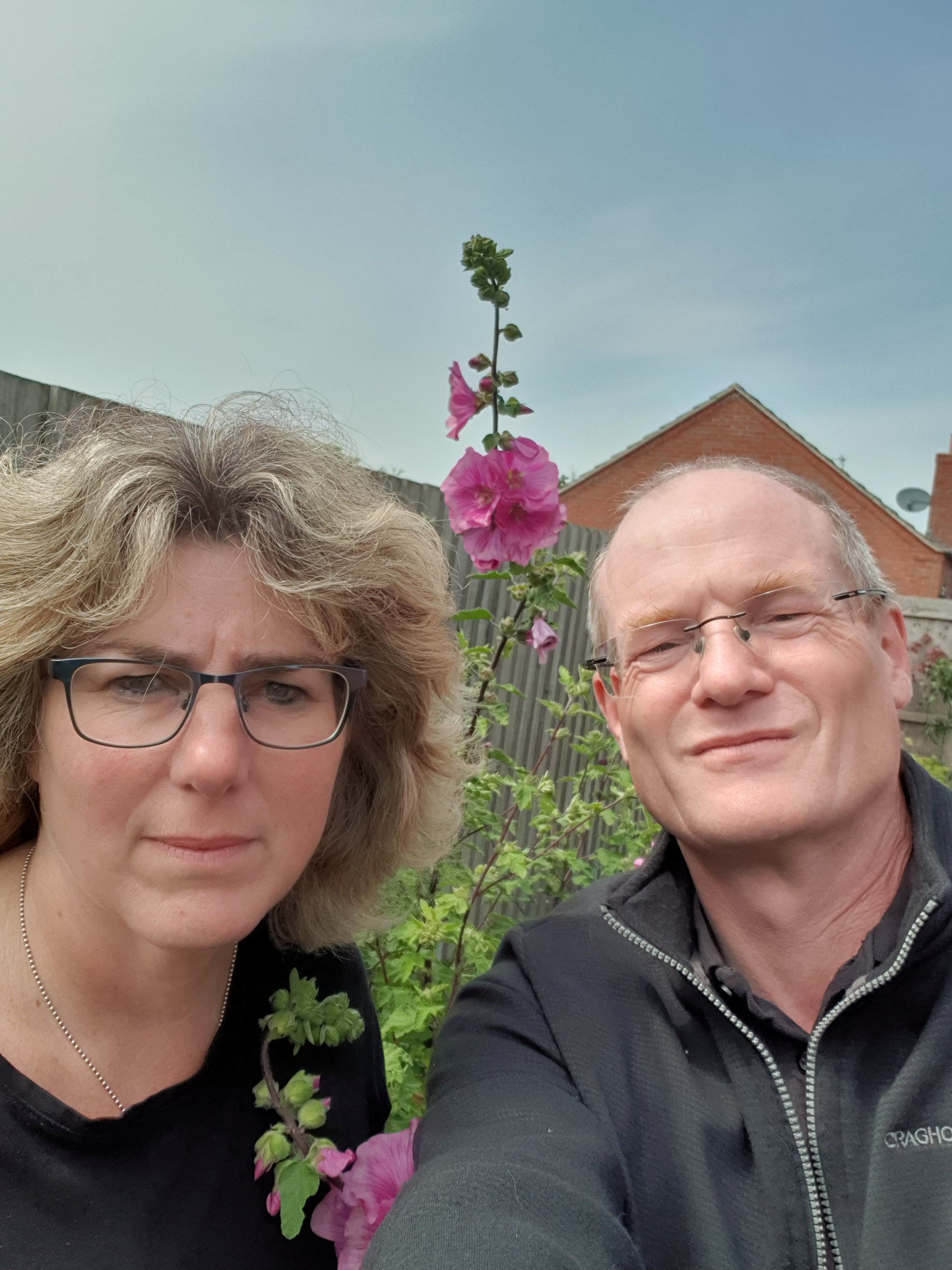 In the tense video, the Lincolnshire County Councillor can be seen confronting Mark after climbing over the fence by setting up a ladder on the other side.

He then goes face to face with the homeowner, who said he felt like the elected official's "eyes were nearly popping out" during the heated exchange.

Cllr Matthews, who represents the Alford and Sutton ward, began hammering in fence posts and attaching wire along the disputed boundary which runs along the back of the garden.

The dispute is over a 2m wide patch of land which sticks out from the back of Mr Ashwin's property into the most northern point of the councillor's farm.

Mr Ashwin claims he bought the land from a different neighbour around a year ago, who had never had any rows with Cllr Matthews over the same land.

Mr Ashwin, a retired university research assistant, said: "It was so disturbing. I was totally surprised by the level of anger he displayed, his eyes were nearly popping out.

"I was scared and worried after the incident, at the time I wasn't thinking. My wife was crying. I was thinking my family is in danger.

"It's been a very stressful situation, I keep wondering what's going to happen next.

"I am just totally shocked that an elected representative after all of his media training thinks that the way to resolve a dispute is to climb over a fence and get into someone's face and intimidate them." 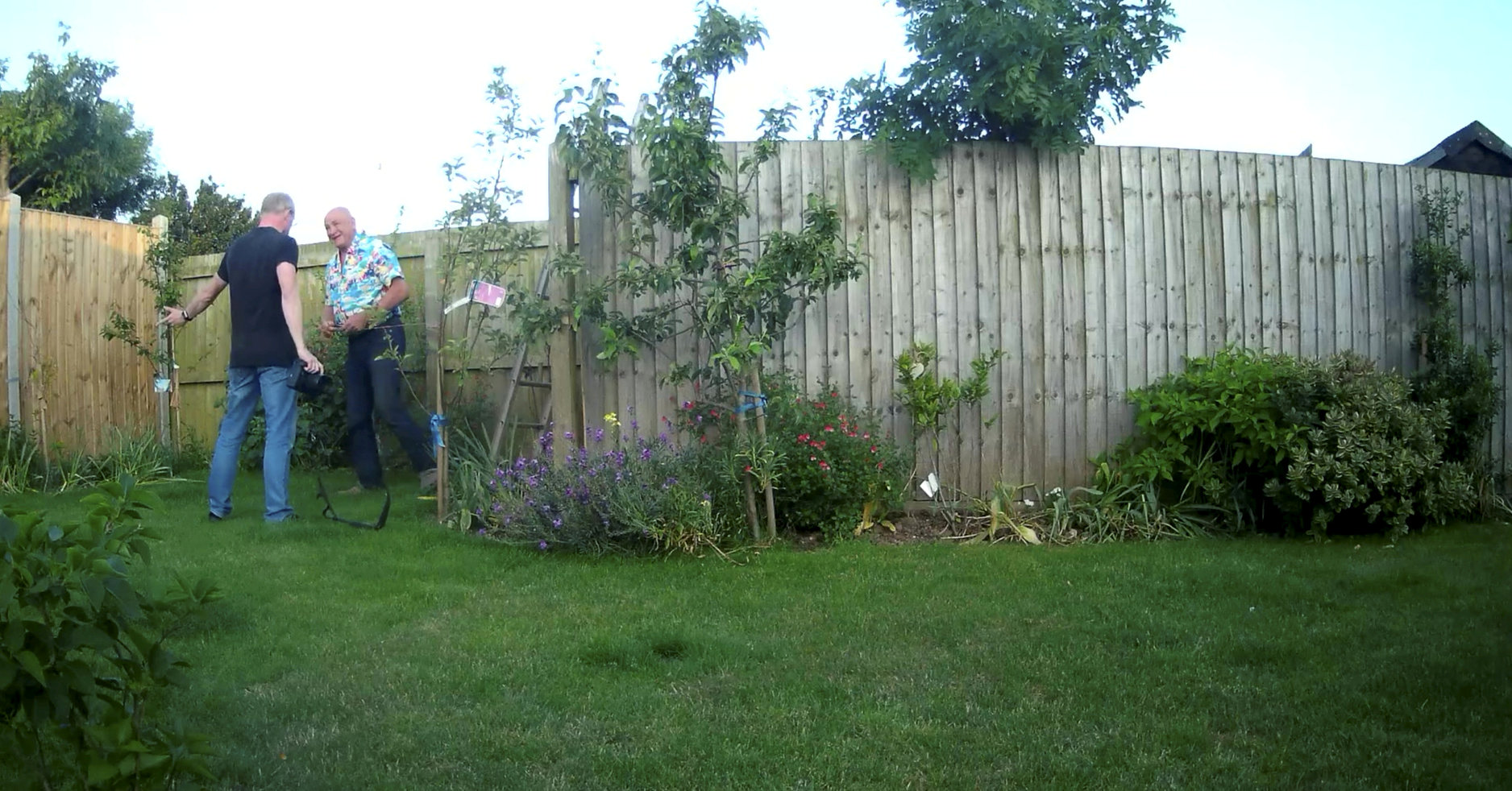 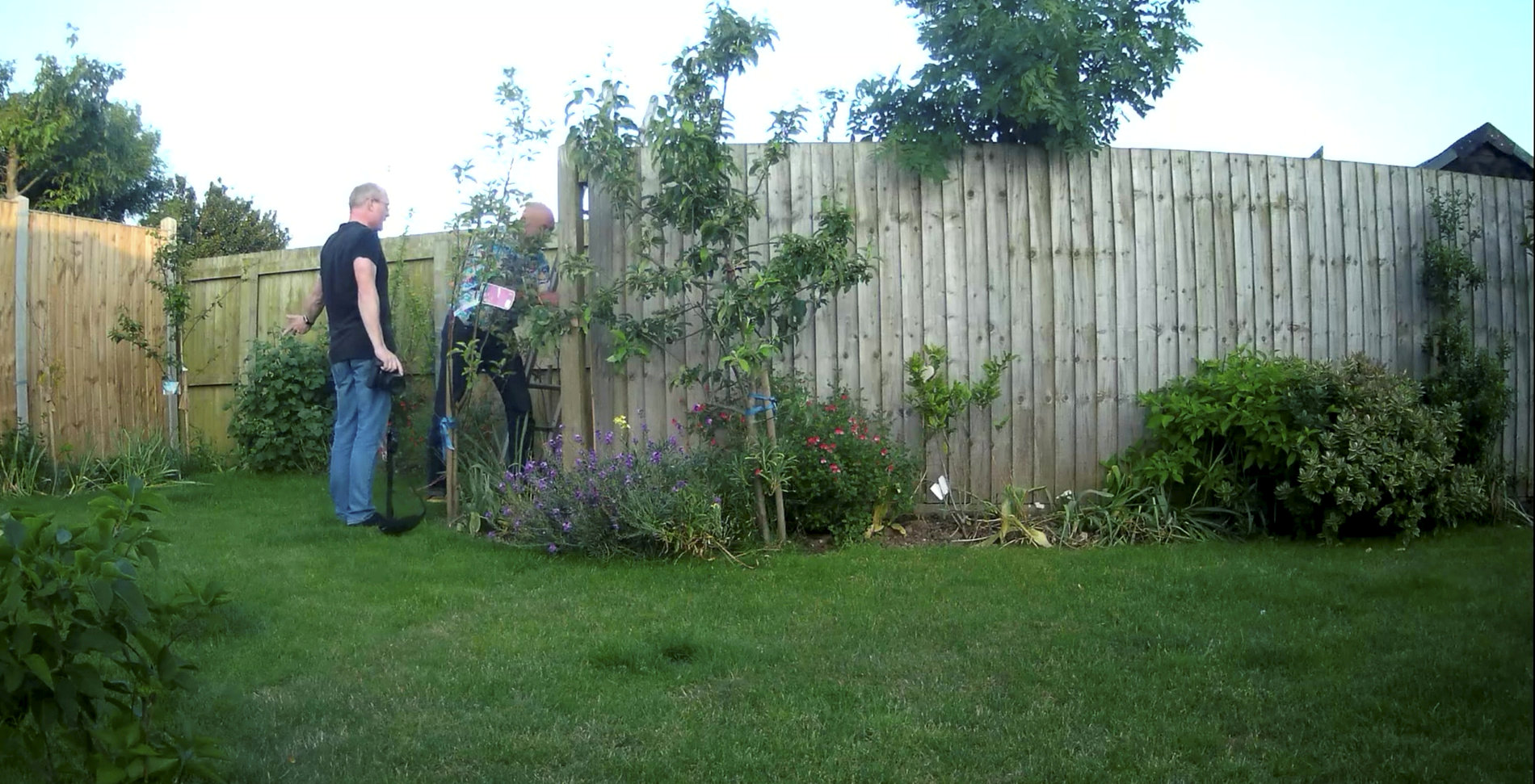 Mr Ashwin bought the three-bed bungalow in Sutton-on-Sea, Lincs, in 2017 to enjoy a "relaxing retirement" with wife Tina, 50, but was left feeling "robbed of peace and quiet".

But he claims that issues began to arise after he opposed the councillor's planning application for an extension of his farm in March.

A month later, Cllr Matthews handed Mr Ashwin a letter claiming that the land had been "bought illegally"and, fearing an escalation, Mr Ashwin decided to sell the home altogether as the situation had gotten "too stressful".

But just a day after securing an offer for the home in mid-June, the councillor sent yet another letter and said he had "elevated it to a dispute". which caused the sale to fall through.

"He kept trying to intimidate us and told us that this was his land," Mr Ashwin added.

Mr Ashwin claims that the evening the dramatic clip was taken, June 23, Cllr Matthews was banging on their doors as they arrived from dinner and then stormed off shouting that he would "climb over the fence".

Police were called to the scene to "reports of a civil dispute between neighbours", and Mr Ashwin said officers told him that "words of advice" were given to the councillor.

Mr Ashwin said: "I think he thinks he's almost above the law, he has the power and can do what he wants. That's the impression we got.

I was scared and worried after the incident, at the time I wasn't thinking. My wife was crying. I was thinking my family is in danger.

"There is a sense of entitlement, like he can do whatever he wants."

Cllr Matthews has hit back at the claims and said that Mr Ashwink has been "squatting" on his land.

He said: "This private matter relates to a boundary dispute with a neighbour, which has been going on for some time.

"My neighbours – the Ashwins – have taken illegal possession of a part of our land. Since then they have removed the hedge that was on the northern boundary line, laid grass and planted some small trees.

"He has done this in the area that we own, to the north of our fence but on part of our title. He is therefore squatting on land that belongs to Poplar Farm.

"I have written to Mr Ashwin about this on three occasions and he has not responded. I have tried to have a conversation with him and he has refused to do so.

"The fence I climbed was mine, as is the land I was standing on. I had climbed the fence to clearly mark the land and my boundary, as I have been professionally advised to do."

The councillor has gone on to claim that the video in question was 'orchestrated' by the Ashwins.

He added: "I received an extremely hostile reception from the Ashwins, which I believe was orchestrated.

"Mr Ashwin had prepared a video camera and Mrs Ashwin had rung the police. I have offered a number of reasonable solutions to Mr Ashwin and he has refused any engagement.

"We have had no contact from him or from his solicitor whatsoever over the three month period since I first advised him of his error."

Cllr Matthews has since apologised reports BBC, saying: "Am I proud of what I did? No. Was it the right thing to do, not to be handled in that manner, but how do I protect my land? But, hey-ho, it's happened and I'm really sorry and it won't happen again."