Drink-driving mother-of-two, 39, stopped by police in early hours without her lights is spared road ban after claiming it would stop her taking children on school run

A drink-driving mother of two who was stopped by police in the early hours without her lights has avoided a road ban after claiming it would ‘impact’ her ability to take her children on the school run.

Nethra Kore, 39, was found to be one and a half times over the alcohol limit after police stopped her Daewoo Matiz at 1.30am on a Sunday morning as she was driving home from a friend’s house in an affluent Manchester suburb.

Kore, whose husband Shishir is a senior NHS nurse, said she only had one drink before getting behind the wheel as her lawyer insisted the ‘silly error’ should not see her barred from the roads. 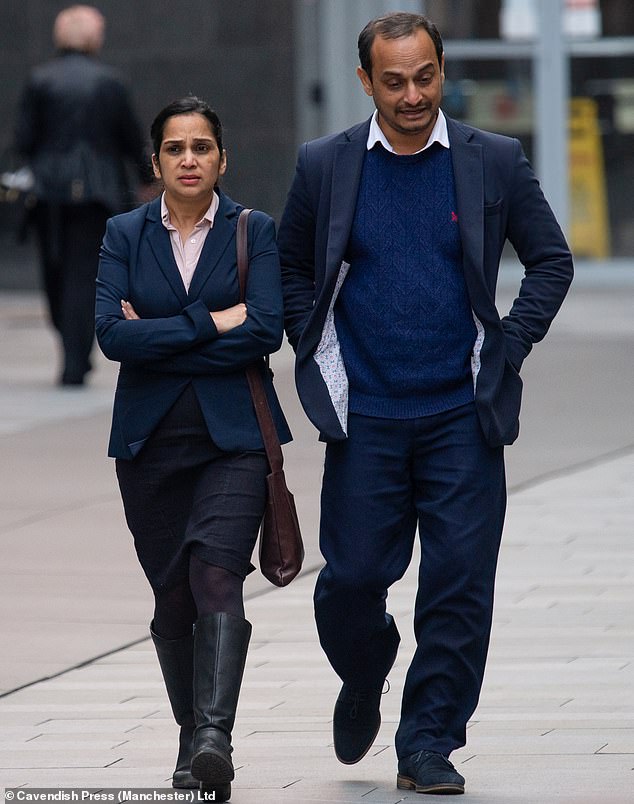 Nethra Kore, 39, seen with her senior NHS nurse husband Shishir outside Manchester Magistrates’ Court, was found to be one and a half times over the alcohol limit after police stopped her Daewoo Matiz at 1.30am on a Sunday morning

She said her 41-year old husband would not be able to do the school run in her place as he was regularly on-call and was tasked with collecting donated organs from across the UK.

Kore, from Bowdon, near Altrincham, pleaded guilty at Manchester Magistrates Court to driving with excess alcohol and received ten penalty points. She was also fined £200 and ordered to pay £115 in costs.

The incident happened on June 23 after traffic officers spotted her driving in the dark in the Hale Barns area without her car headlights on.

Prosecutor Alan Bakker told the court: ‘At 1.35 in the morning officers came upon the defendant in her vehicle. Attention was drawn to the car as it didn’t have any headlights on.

‘They spoke to the defendant and she appeared confused whilst appealing to the officer. They could smell intoxication upon her breath.

‘She confirmed she had been to a friends house, maintained had one alcoholic drink and had been a reasonable time span between drinking and then driving.’

Kore was given a roadside breath test and blew 55 microgames of alcohol in 100 millilitres of breath. The legal limit is 35mg. 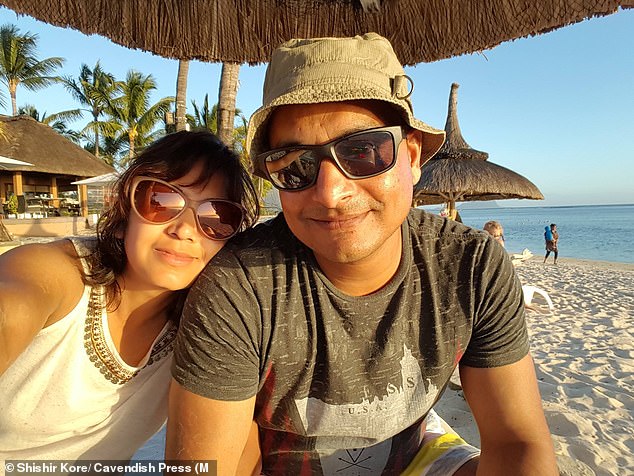 Drivers who receive six or more points within two years of passing their test automatically have their licence revoked and have to re-apply for a provisional licence and resit their test.

To avoid the possibility of Kore’s licence being revoked defence lawyer John Dye urged magistrates to give her a 28-day suspension instead of ten points.

‘Despite the fact she finds herself in the magistrates court she is a sensible person,’ he said.

‘I just ask you to apply your common sense in this case concerning on the children. They are innocent and Mrs Kore made a silly error.

‘But Mrs Kore is a new driver – she passed in December 2017 – and 10 points would mean she will lose her license and have to retake her test.’

But chair of the bench, Dario Cottingham, said: ‘We obviously have listened to what’s been said but we have guidelines to follow.

‘As for the points we have listened to what Mr Dye has said and again on this point follow the guidelines and impose 10 points.

‘To redo a license can be done very quickly in Manchester and I don’t foresee that to be a problem.’

Drink-drivers can seek to limit the severity of a sentence handed to them by a magistrate in two general ways.

Firstly, they can argue that they were not fully responsible for the act of drink-driving through a special reasons argument.

Importantly, special reasons only relate to the offence, not the offender, meaning, for example, that any argument regarding the loss of their job if banned from the roads won’t succeed.

Valid special reasons could include –

Alternatively, sentencing guidelines for magistrates allow them to take into account several mitigating factors based on the defendant’s personal circumstances.

Valid mitigating factors could include –

In Nethra Kore’s case, her lawyer made the argument that she was the only person who could drive her children to school, so the magistrate may have considered the final factor.