Uninsured driver who killed veterinary nurse, 46, in head-on crash flees UK and goes on the run after being found guilty

An uninsured driver who killed a veterinary nurse in a head-on crash has fled the UK and gone on the run with his family after being found guilty.

Vytautas Kiminius, 35, was at the wheel of a Range Rover Sport when he took a ‘racing line’ through a corner in Peterborough and ploughed into the Ford Fiesta being driven by Rachel Radwell.

Kiminius admitted on the first day of his trial in February to driving while uninsured and was found guilty of causing Miss Radwell’s death by dangerous driving.

It is believed he fled the country soon afterwards while on bail, Cambridgeshire Police said, and this can now be reported after the judge lifted a reporting restriction. 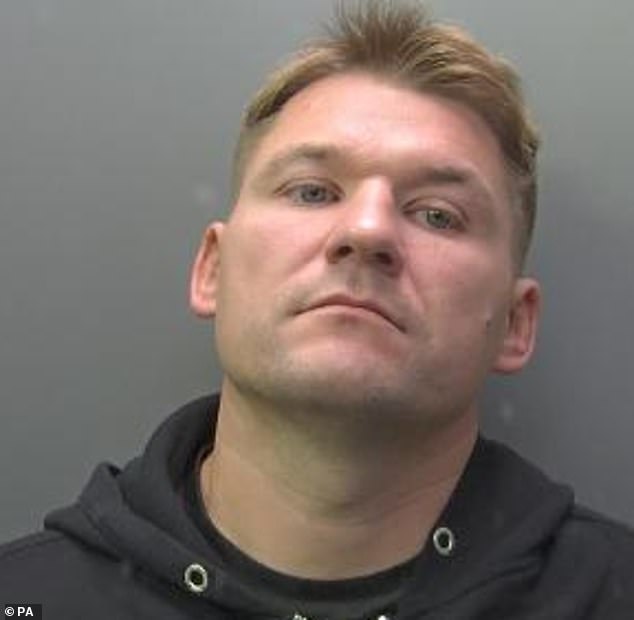 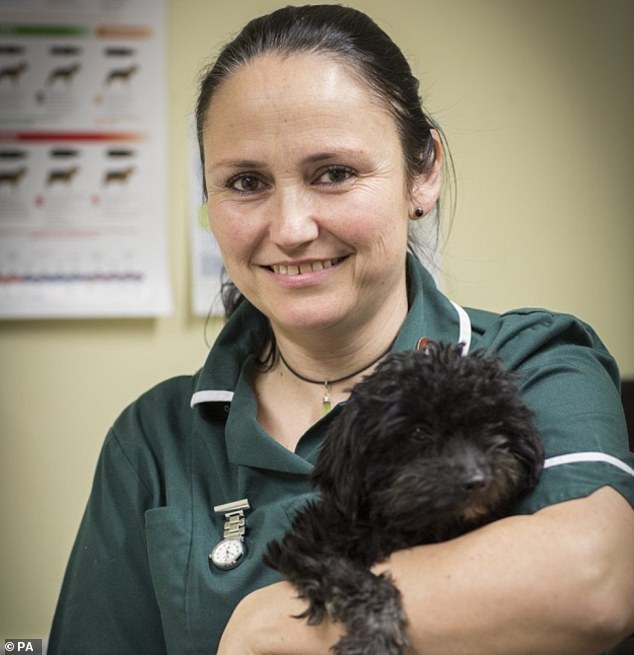 Kiminius was sentenced in his absence at Peterborough Crown Court in May to four years and six months in prison.

Sergeant Mark Dollard said: ‘It is believed Vytautas Kiminius left the country soon after his conviction.

‘He was bailed to reappear for sentencing with conditions including a surety, surrender of travel documents and electronic tagging.

‘Police were made aware of breaches to his tagging and identified at an early stage he and his family fled the family home and are believed to have left the country.

‘Kiminius then subsequently failed to attend his sentencing hearing.

‘Efforts are ongoing to locate him and a European Arrest Warrant has been issued.

‘The fact he left the country before he could be sentenced has been incredibly upsetting for Rachel Radwell’s family. 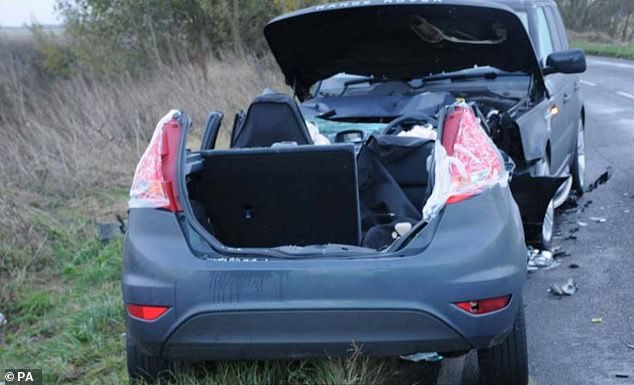 Kiminius took a ‘racing line’ through a corner when he crashed into the Ford Fiesta. Pictured: The scene of the crash on Ramsey Road, Peterborough 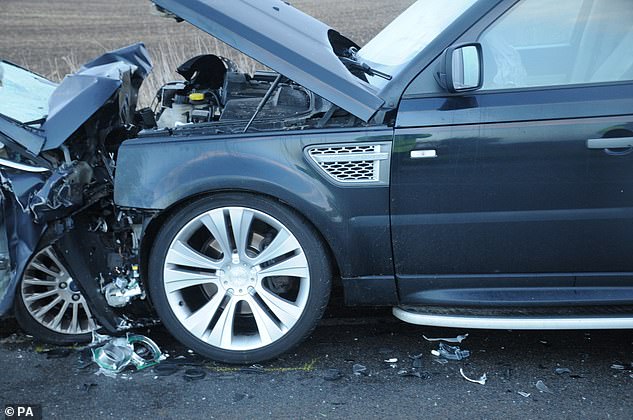 ‘We are still engaging with the family through specially trained officers and they have asked for their privacy to be respected.

‘It is extremely frustrating Kiminius has absconded and I urge anyone who has information concerning his whereabouts to contact Cambridgeshire Constabulary, quoting Op Berkeley.’

He added that the defendant was driving ‘rapidly’ and ‘to maintain that sort of speed he cut across the road assuming there was no oncoming traffic’.

Claire Davies, mitigating, said the prosecution accepted it was ‘not a case of greatly excessive speed, racing or competitive driving’.

Judge Sean Enright, sentencing, said Miss Radwell was a ‘much-loved daughter and aunt’ whose funeral was attended by more than 200 people.

‘I know she is sorely missed,’ he said.

He jailed Kiminius for four years and six months for causing death by dangerous driving, and nine months for driving while uninsured, to run concurrently.