Drone killed '2 high-profile ISIS targets' as military says 5,400 of 6,000 Americans in Afghanistan have been evacuated

TWO "high-profile" ISIS targets were killed in the US drone attack while 5,400 of the 6,000 Americans stranded in Afghanistan have been evacuated, according to the Pentagon.

The military launched its first deadly revenge attack against an ISIS-K yesterday as a "24/7" hunt for those responsible for the suicide bombing at Kabul airport that killed at least 170 people – including 13 American troops – continues. 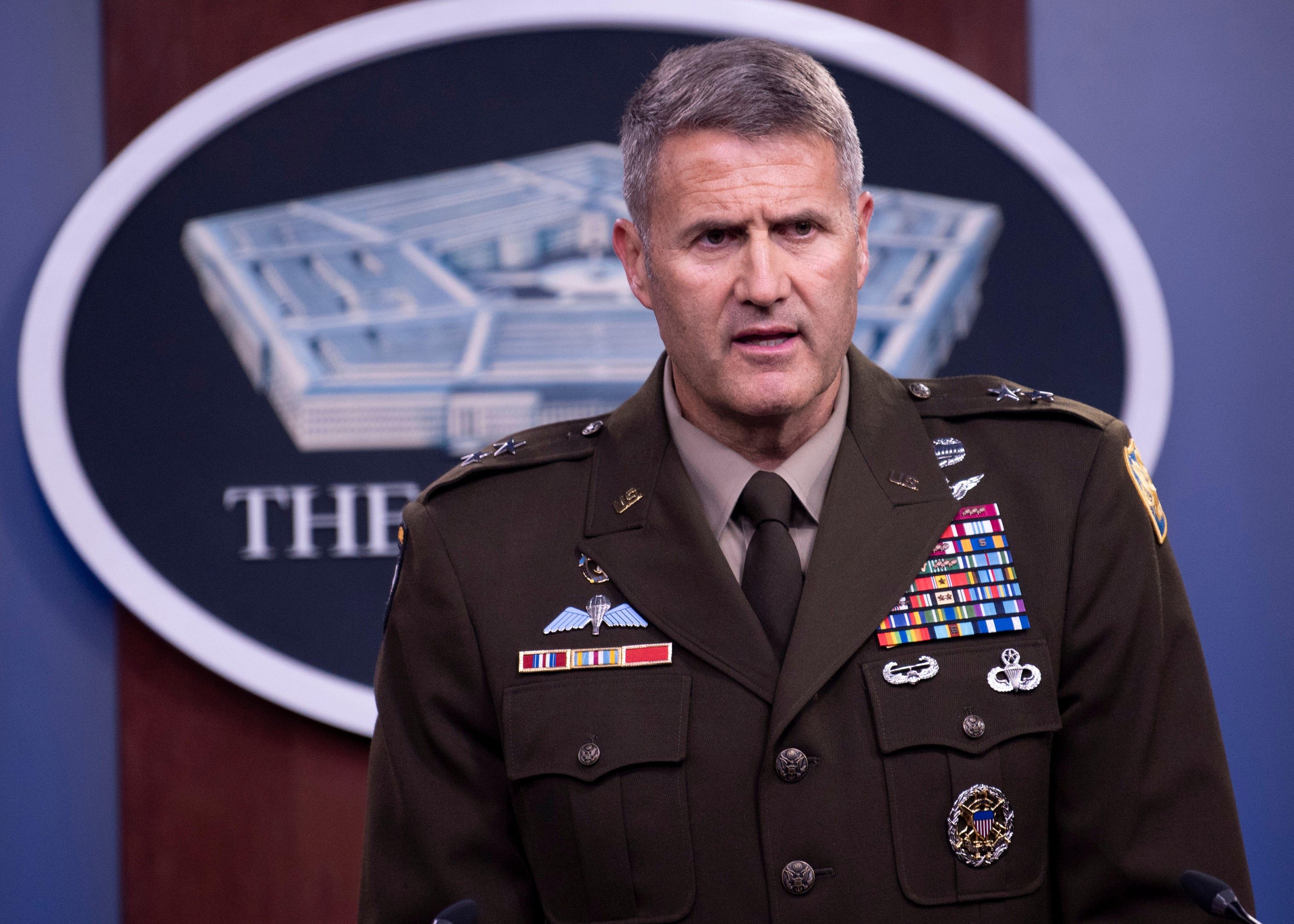 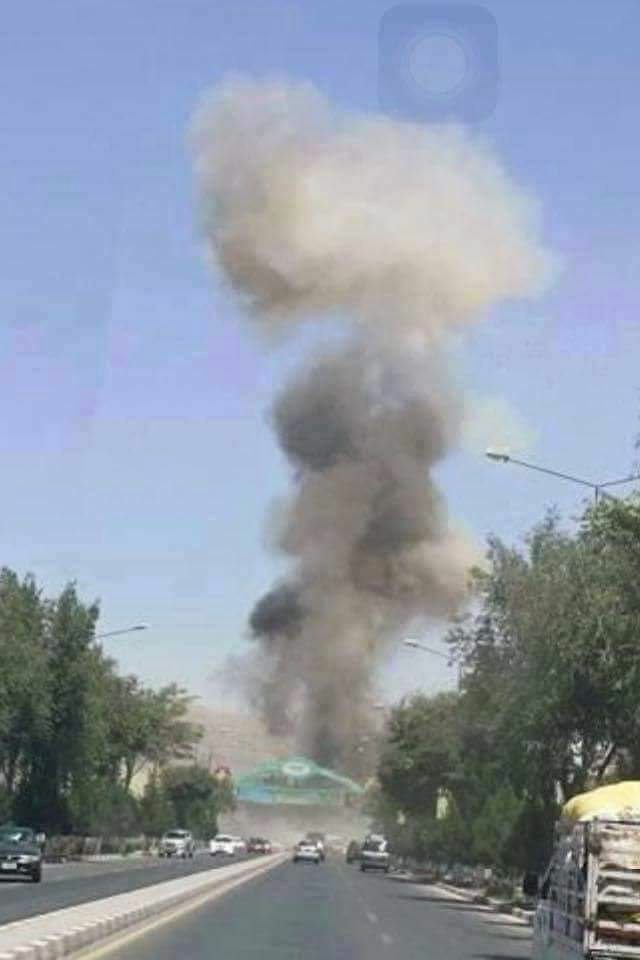 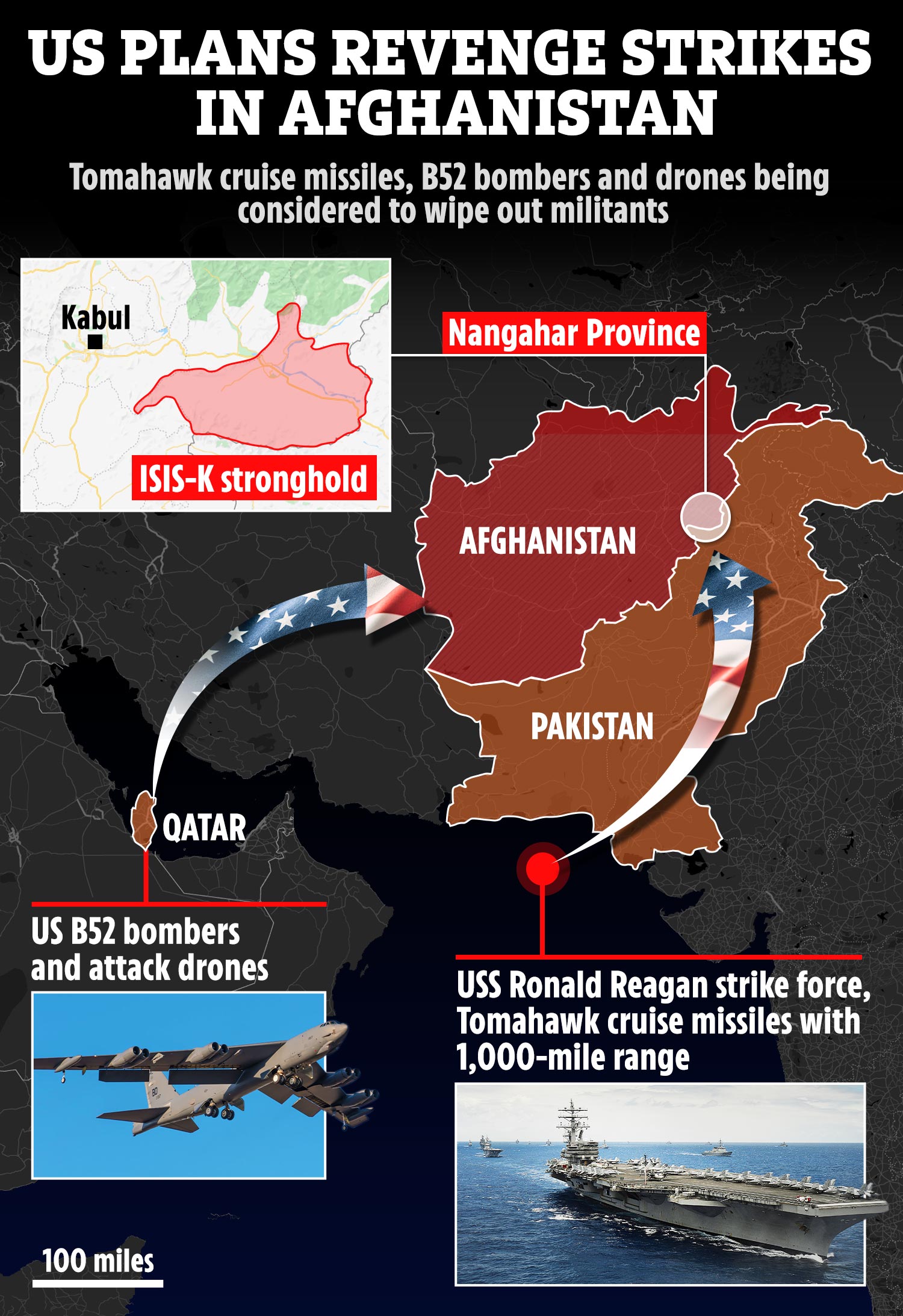 Captain Bill Urban of the Central Command said the drone attack took place in the Nangahar province of east Afghanistan – home to most of the 2,000 Islamic State-Khorasan militants that took responsibility for Thursday's atrocity.

Today, Major General Hank Taylor said that two "high-profile ISIS targets were killed" in the retaliatory strike, while another was wounded.

According to Pentagon spokesman John Kirby, neither Congress nor the Taliban received prior notice of the drone strike.

Future blasts have not been ruled out.

Pentagon Logistics Specialist Taylor also confirmed that 5,400 of the estimated 6,000 US citizens who remained in Afghanistan on August 14 as the Taliban seized Kabul have now been evacuated.

It comes after Joe Biden vowed he'd "hunt down" extremists and "make them pay" following the blast in Afghanistan on Thursday.

Officials have a range of further retaliatory options for the President and his security teams, the Times of London reported on Friday night.

US aircraft carrier USS Ronald Reagan has two warships and a submarine in its strike force off Pakistan, equipped with Tomahawk cruise missiles with a range of up to 1,000 miles.

The US attack drone used on Friday's strike is believed to be based in Qatar – where the US also has a fleet of B52 bombers that could be drawn upon.

General Frank McKenzie, commander of US Central Command, has vowed to work “24/7” to hunt down militants responsible.

But with US troops tirelessly trying to evacuate Americans and Afghan refugees stranded in Kabul as the August 31 deadline looms, strikes may have to be pushed back to a later date.

American forces working under heightened security and threats of another attack pressed ahead with the evacuation from Kabul's airport Friday, despite yesterday's attack.

The White House and the Pentagon warned there could be more bloodshed ahead of Biden's fast-approaching deadline on Tuesday to end the airlift and withdraw American forces.

"The next few days will be our most dangerous period to date" in the evacuation, White House press secretary Jen Psaki said.

The retaliatory blast on Friday came after thirteen US troops and dozens of Afghans were killed in the blast at Kabul airport on Thursday.

It's understood he walked into the middle of families waiting in Kabul before blowing himself up.

People waiting desperately for a space on a flight out of Afghanistan were seen carrying those who had been wounded to ambulances, their clothes covered in blood.

Another 200 people were wounded while 132 were left so maimed by the attack that they're unidentifiable, according to a CNN correspondent in Afghanistan.

Other blasts were heard in Kabul hours later, but were believed to be US troops carrying out controlled explosions as they dispensed of weapons.

ISIS claimed responsibility for the attack, sharing a picture online of one of the suicide bombers.

The Pentagon said there was one ISIS suicide bomber, who struck at the Abbey Gate, where desperate Afghans were crowding to try and enter the airport and where US troops were carrying out security checks.

Major General Hank Taylor, the deputy director for regional operations on the Pentagon's Joint Staff, told reporters there was no second explosion at the Baron Hotel near the airport.

The attacks marked the deadliest day since 30 Americans, including 22 Navy SEALs, were killed after a Chinook helicopter was shot down by a grenade in Afghanistan in 2011.

"For those that carried out this attack as well as anyone who wishes America harm, know this," he said.

More than 100,000 people have been safely evacuated through the Kabul airport, according to the U.S., but thousands more are struggling to leave in one of history's biggest airlifts.

The White House said Friday morning that 8,500 evacuees had been flown out aboard US military aircraft in the previous 24 hours, along with about 4,000 people on coalition flights. 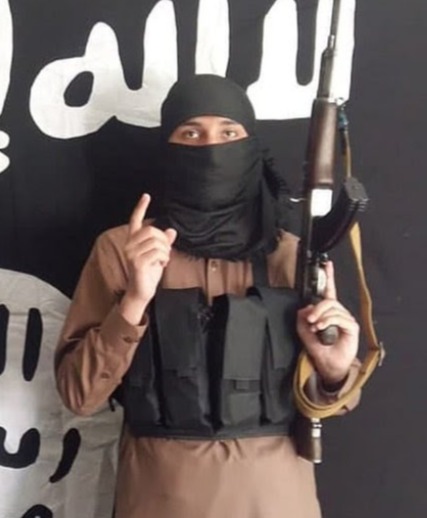 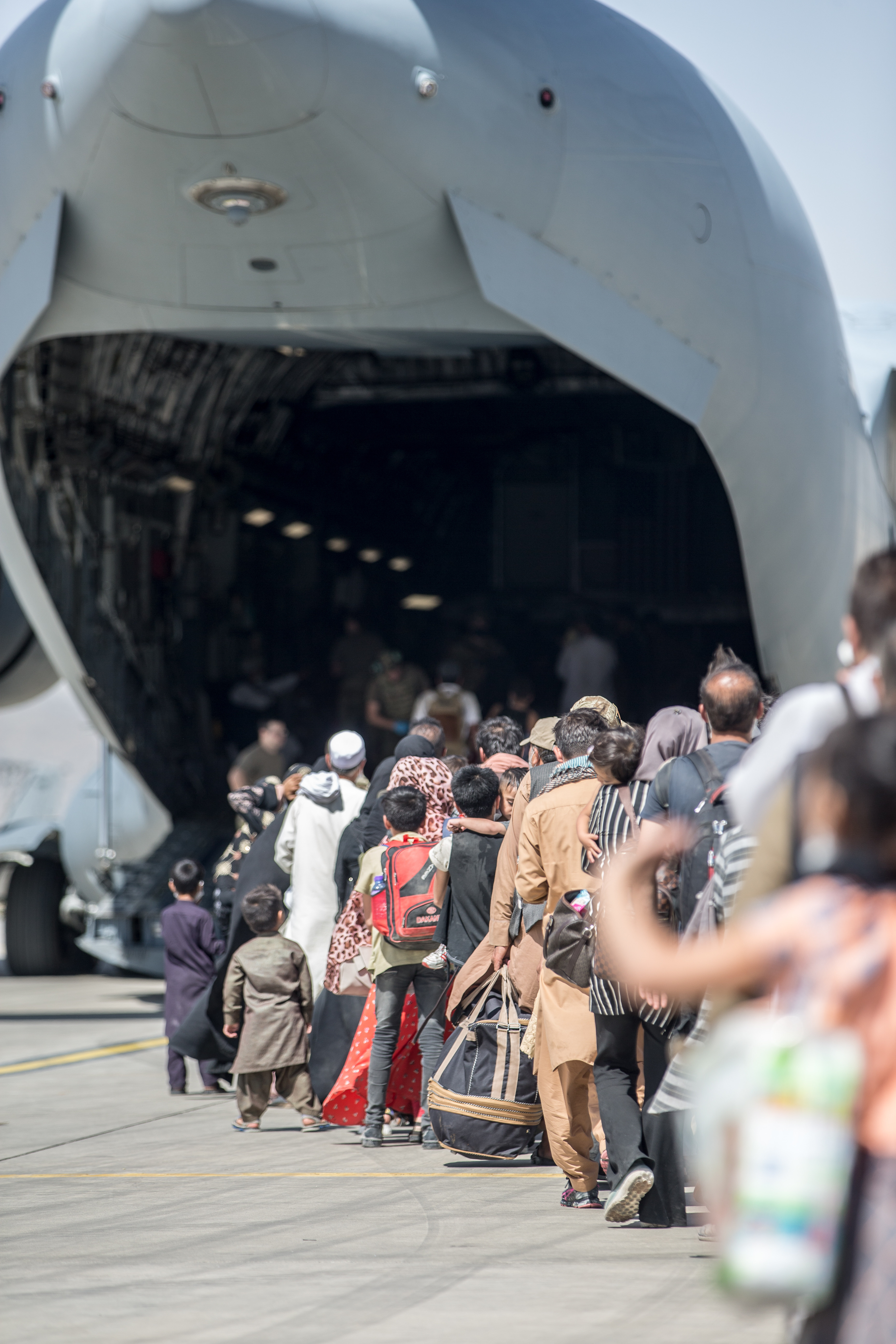 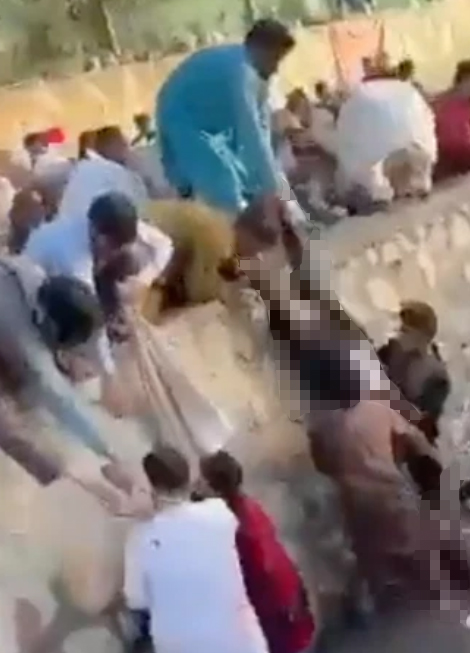