Shameless ex-MP Keith Vaz returned to Westminster to play a role in shaping the upcoming Labour leadership battle today, weeks after quitting the Commons in disgrace over a cocaine and rent boys scandal.

The 63-year-old attended today’s meeting of the party’s ruling National Executive Committee (NEC), which is due to decide on the rules and format of the battle to replace Jeremy Corbyn.

Mr Vaz did not run in his Leicester East seat in the December 12 general election, having been handed a six-month suspension from the Commons after he was caught offering to buy Class A drugs for male sex workers.

But he is understood to have retained his seat on the NEC as a representative of ethnic minority party members. 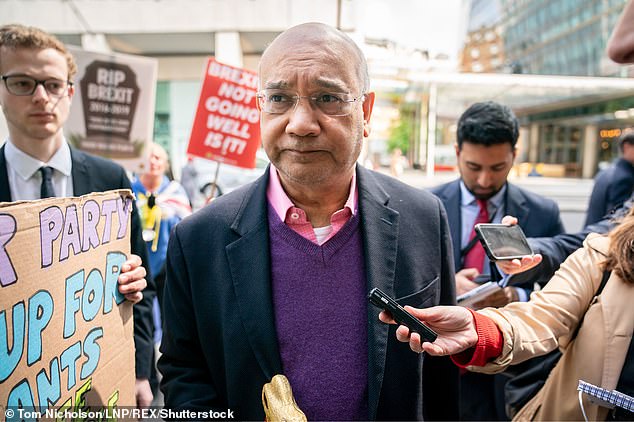 Mr Vaz arriving at a Labour NEC meeting last year. He is believed to have attended today’s as a representative of BAME party members 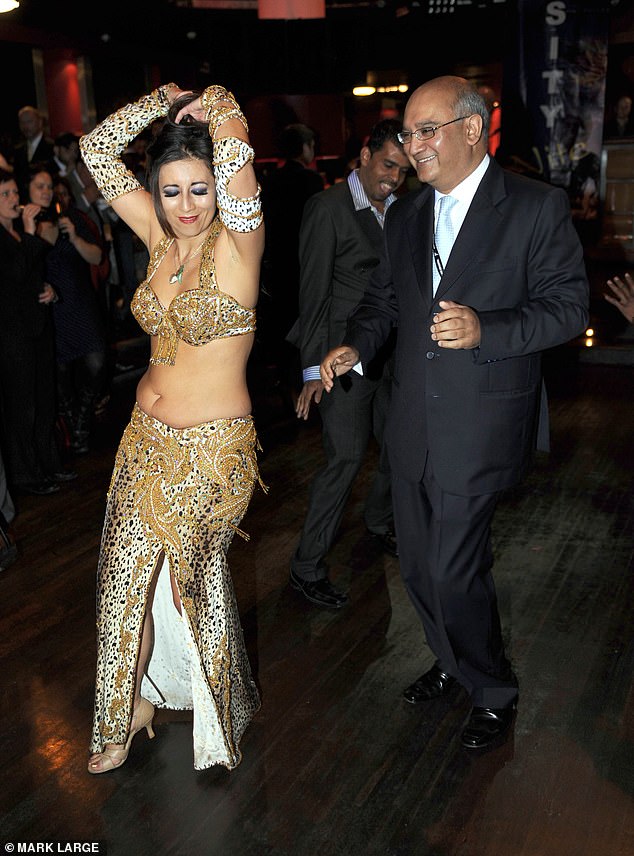 Party animal: Keith Vaz pictured with a belly dancer at the 2009 Labour Conference

The NEC meets in central London this afternoon to hammer out the rules and timetable for the contest to replace Jeremy Corbyn.

The Labour leader, 70, announced he would step down after the disastrous election last month which handed an 80-seat majority to Boris Johnson.

But there are fears that the NEC – a body which is controlled by allies of the current Labour leader – could move to ‘stitch up’ the contest in favour of a left-wing candidate like Rebecca Long Bailey.

The committee could do that by making it more difficult for new members to join the party by increasing the cost of doing so or by imposing a tight or even retrospective deadline for joining to stop new members from being eligible to vote.

Former Europe minister Mr Vaz, was found by the House of Commons Standards Committee last year to have committed a ‘very serious breach’ of code of conduct for MPs.

The Sunday Mirror reported in September 2016 that Vaz, posing as an industrial washing machine salesman called Jim, invited two male prostitutes into his flat to engage in paid-for sex and offered to pay for cocaine for another man to use.

Married with two children, Vaz, who was born in Aden to a family from Goa, wasbeen the MP for the central England seat of Leicester East from 1987.

‘I found Mr Vaz’s account of the events that led to the media reports incredible,’ said Kathryn Stone, the parliamentary commissioner for standards, in October.

‘I found his reason for being unable to assist me fully with my inquiry implausible.’

The standards committee said his explanation that the men were there to discuss redecorating the London flat, and that he may have been given a ‘spiked drink’, was ‘not believable and, indeed, ludicrous’.

Mr Vaz was suspended from Parliament for six months on October 31 but because of the dissolution for the election he could have dodged his punishment if he was re-elected.

Instead he announced in November that he would not stand, saying: ‘I have decided to retire after completing 32 years as the member of parliament for Leicester East.

In that time I have won eight general elections. It has been an honour and a privilege to serve my constituency since I came to the city in 1985.’

He was replaced as a candidate by Claudia Webbe, a controversial supporter of Jeremy Corbyn who retained the seat for Labour.