Well-hard mallard: Duck with an arrow through its head is found alive three months after being shot by crossbow-wielding thugs in the Czech Republic

A duck with an arrow sticking out of its head for three months was finally rescued after being picked up in a three-man kayaking operation.

The mallard miraculously survived after being shot by thugs with a crossbow on the river Radbuza in the city of Pilsen in the Czech Republic.

But despite attempts to capture him and remove the arrow, the duck had fled whenever rescuers got close. 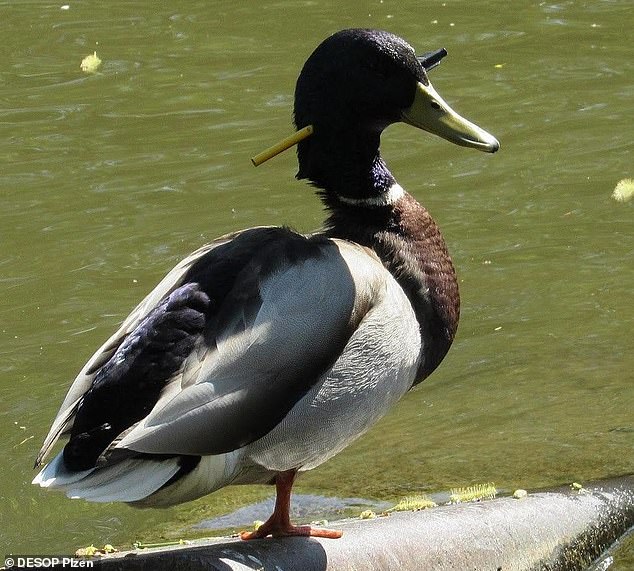 Injury: This mallard had an arrow stuck in its head for three months after it was shot by crossbow-wielding thugs in the Czech Republic 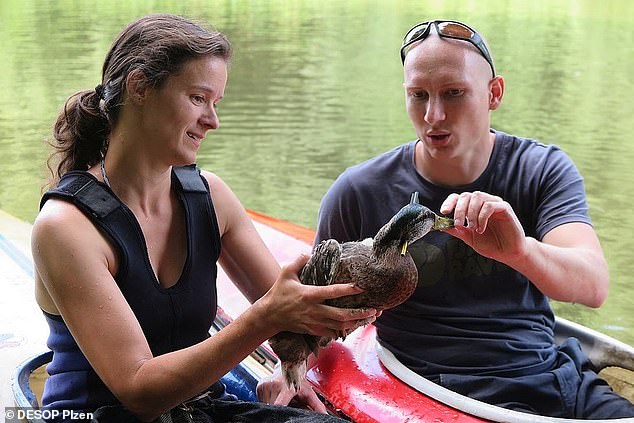 Rescuers: Hana Makonova and Radek Zeman hold the injured mallard after they saved it in a kayaking operation on the river Radbuza 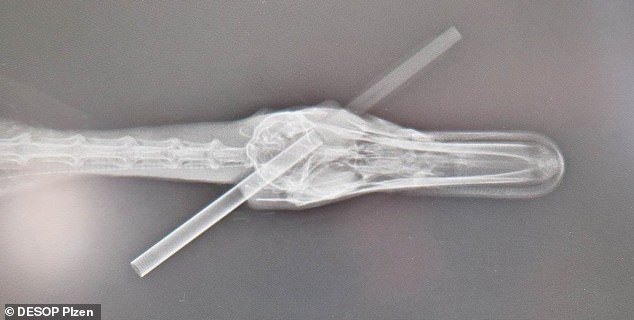 X-ray: An image of the arrow in the duck’s head after it was taken to a local vet to have the weapon removed

Karel Makon, head of the animal rescue centre in the city, said: ‘The first time we tried to catch him was in April.

‘But it was in vain. We tried many times but he always flew away, and he recognised us. He couldn’t be caught.’

The duck, which had been shot through the neck and head with a steel-tipped arrow attached to a fishing line, was eventually caught this week after a coordinated kayak chase.

Makon said: ‘On Monday we succeeded by taking advantage of the fact that the duck was molting, so he wouldn’t be able to fly until new feathers grew.

‘This time I was standing on the shore with a landing net on a long pole. Hanka and Radek distracted him in their kayaks.’ 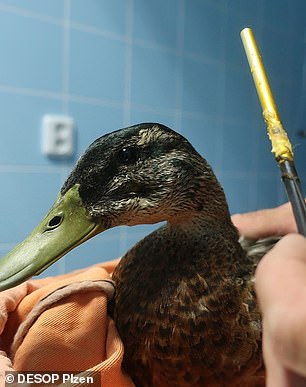 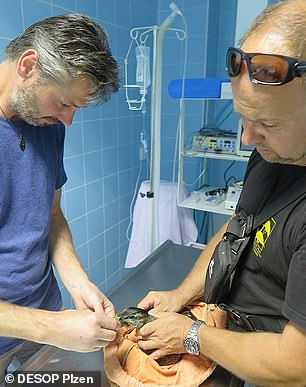 Animal rescue chief Karol Makon, pictured left in the right-hand image, said the duck (pictured at the veterinary facility after having the arrow removed from its head) had flown away when they initially tried to save him 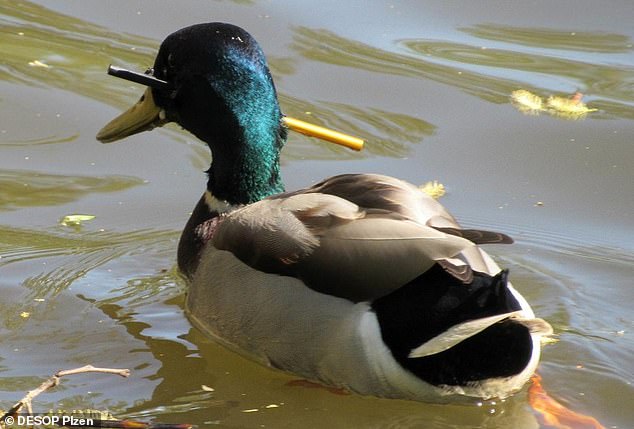 Despite attempts to capture him and remove the arrow, the duck had fled whenever rescuers got close 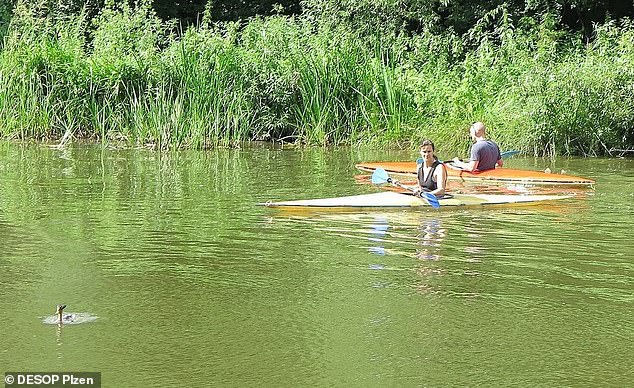 Sighting: The rescuers eventually succeeded by taking advantage of the fact that the duck was molting and was temporarily unable to fly

Describing the moment the duck was caught, Makon said: ‘I was on the shore above him, it was luck and I happened to see him.

‘I quickly swung the landing net into the grass and managed to catch him. He didn’t have a chance to escape.’

The duck was taken to a local vet where he was x-rayed before the arrow was safely removed and he was released back into the water.

Makon said: ‘It is possible that he was the victim of poaching. There was a fishing line on the arrow. It looks like a targeted hunt, but we lack evidence.

‘Or it may be vandalism.’

Police are now looking for the attacker.