Duke of Wellington advertising for '100 per cent trustworthy' steward The 9th Duke of Wellington is advertising for a steward to care for his family pile, Stratfield Saye House in Hampshire. But Arthur Charles Wellesley, 74, doesn’t want any old Tom, Dick or Harry.

No, you’ll need ‘leadership skills, an interest in works of art and their care, experience of housekeeping, good management skills, flexibility to respond to short notice requests, exceptional team spirit, discretion, to be 100 per cent trustworthy, have an eye for detail, accept only the highest standards and be prepared to go that extra yard.’

When a similar position was previously advertised, it was stated you’ll need to ‘lead and manage the staff who maintain and care for the property, prepare the house for public opening and private tours, prepare the exhibition in the stable block and the reception centre and clean and care of works of art and other contents of the house.’ 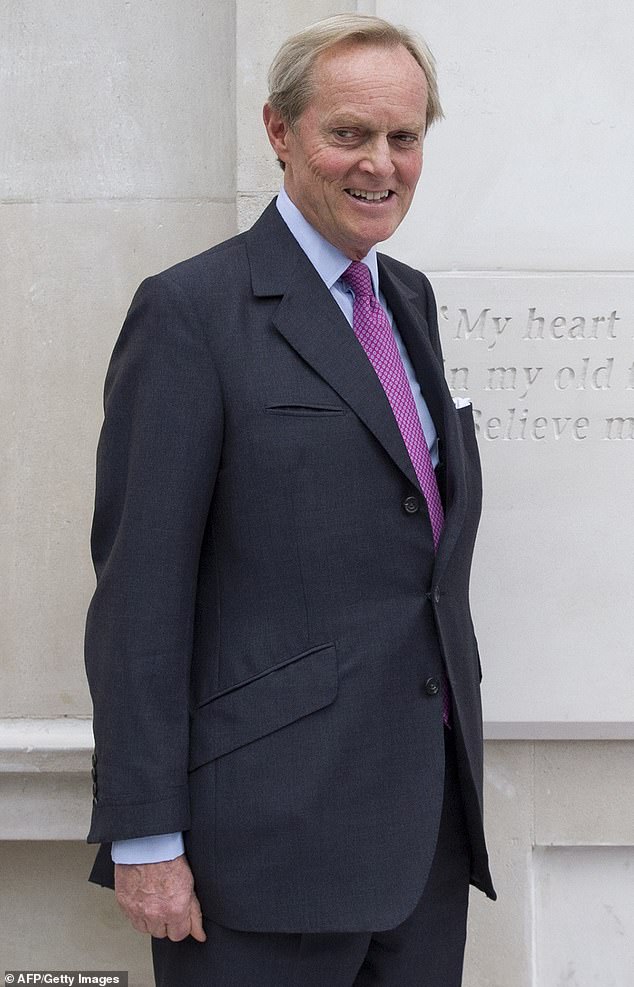 The 9th Duke of Wellington is advertising for a steward to care for his family pile, Stratfield Saye House in Hampshire

The former advert said that you’ll need to ‘prepare the house for all events, arrange extra staff when necessary for functions at the house, liaise with gardeners regarding flowers in the house for public visits and functions and be able to drive and have a clean driving licence.’

Pay and benefits were formerly said to include a competitive salary, accommodation on the Estate and other benefits.

It emerged in September that the 9th Duke of Wellington, whose forebear routed Napoleon at the Battle of Waterloo in 1815, had resigned from the Conservative Party in the House of Lords and will henceforth sit as a ‘non-affiliated’ peer.

The 74-year-old, who succeeded to the dukedom on his father’s death in 2014, was elected to the Lords the following year in a by-election, after the retirement of a Tory hereditary peer.

The only voters were other Tory peers, who may now think that the Duke should stand down, enabling another by-election to be held.

But Wellington, who is married to Antonia von Preussen — a great-granddaughter of Kaiser Wilhelm II, who led Germany into World War I — had appeared a probable defector for some time. 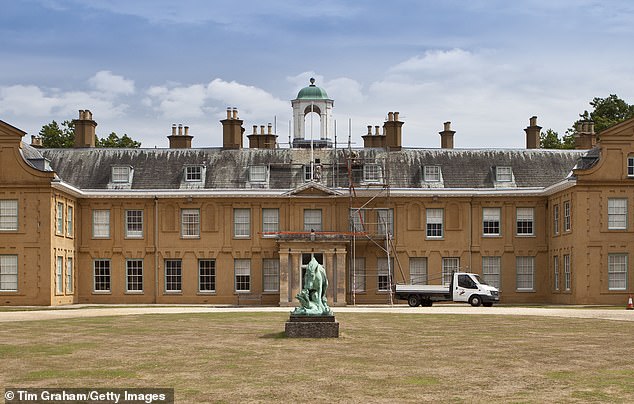 Renovation work at Stratfield Saye House, Hampshire.  You’ll need ‘leadership skills, an interest in works of art and their care, experience of housekeeping and good management skills’ should you want the post

He was one of 19 Tory peers who voted against Theresa May in May last year, forcing her to reopen talks with the EU if MPs rejected her proposed deal with Brussels.

Tory MP and ardent Brexiteer Ian Liddell-Grainger was so angered by the Duke’s anti-Brexit shenanigans that he challenged the him to a duel — with kippers.

In July, Wellington argued that ‘leaving without a deal is, at best, very high risk and, at worst, would have dire consequences’.

Unlike his father, who was awarded the Military Cross in World War II and eventually retired as a brigadier, the Duke eschewed the Armed Forces in favour of a business career, becoming a director of tobacco giant Rothmans and chairman of Dunhill, as well as deputy chairman of Vendome Luxury Group.

Aside from his British dukedom, he holds a number of hereditary continental titles, originally conferred on ‘the Iron Duke’.

In Spain, he is recognised as the Duke of Ciudad Rodrigo. It was at the family’s Spanish estates near Illora, close to Granada, that his youngest daughter, Lady Charlotte, married Colombian-American billionaire Alejandro Santo Domingo in 2016.

FROM THE IRON DUKE TO THE CURRENT INCUMBENT: MEET THE CHARACTERS IN THE WELLESLEY FAMILY TREE

Founded by Arthur Wellesey, the 1st Duke of Wellington, the dynasty rose to prominence following his stunning victory at Waterloo, where he led a combined force of British, Flemish and Prussian troops to glory against the French army of Napoleon Bonaparte. Already 1st Marquess of Wellington, he was made a duke in recognition of the extraordinary success.

The 1st Duke, who twice served as a Conservative prime minister, also established the family seat, the majestic Stratfield Saye in Hampshire, and cemented his outstanding reputation with 60 military victories and stints as Master of Horse for George IV and William IV.

However, the new generation, Charles, the 9th Duke, and his son Arthur, have taken the family in a new direction.

Charles has enjoyed a career in philanthropy and briefly dabbled in politics, but most intriguingly, married into the now defunct Prussian royal family.

His wife, Antonia, is the daughter of Prince Frederick of Prussia and a descendent of Kaiser Wilhelm II of Germany, the man who plunged Europe into war in 1914.

Their son Arthur, one of five children of which Charlotte is the youngest, is a former equities trader who married model and socialite Jemma Kidd in 2005 and promptly moved her into the family home with his parents and grandparents.

The couple, who married in Barbados, now have three children, four-year-old twins Mae Madeleine and Arthur Darcey, and baby Alfred, who was born in 2015.

The 2nd Duke, who was also called Arthur, held the position of Master of the Horse – a title that includes the management of the royal horses and hounds – under Queen Victoria.

Arthur’s descendants included another Arthur, the 5th Duke, who fought with the Grenadier Guards during the Boer War and World War I before becoming a Justice of the Peace.

Tragically, his son Henry, the 6th Duke, who was killed aged 31 during the Salerno Landings in 1943.

With Henry gone, the title passed to his uncle, Gerald, who founded the current branch of the family and was the father of Arthur Valerian who died today.

His son, who held the title of the 8th Prince of Waterloo along with several others, served, like his ill-fated cousin, in the British Army during the Second World War.

Fighting with the Royal Horse Guards, he saw action in France and Belgium during the later stages of the war and was awarded a military cross for his efforts.