The TikTok account, @googlemapsfun, shared the moment a hungry Google worker paid at the window of the store in Poppleton in York. 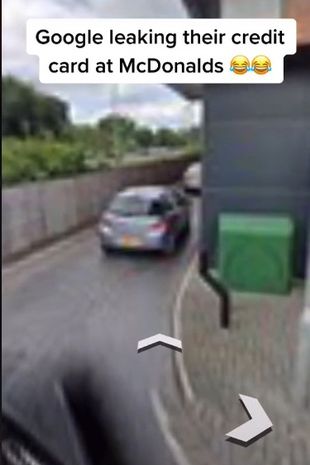 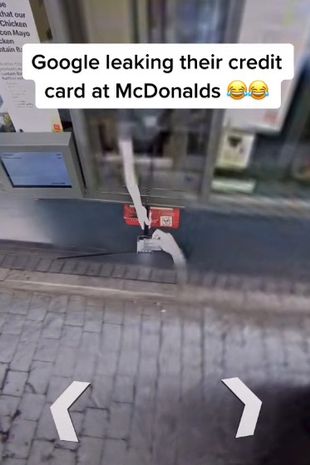 The video begins with the user moving the cursor on Google Maps onto the drive-thru lane of the McDonald's before following the cars ahead of it.

While dragging the cursor into the drive-thru, the user spotted the moment the driver paid for their food with their credit card.

The video has been shared on the TikTok account with the caption: "Google leaking their credit card at McDonald's."

Followers of the account found the footage hilarious with the video being viewed more than a million times.

"Imagine ordering a sneaky McDonald's and you get caught because a Street View car is right behind you," one wrote. "I'd have to move countries."

Another said: "And now their bosses know as it is stuck on Google Maps forever. Bet they regret nipping in for a burger now."

Elsewhere on TikTok, one McDonald's worker filmed them shining a torch on worms inside a soft drinks machine at a London restaurant.

The video, posted on TikTok by whistleblower @McOldKentRoad, shows earthworms writhing in the drain of the machine.

The user – who doesn't speak in the video – added the word 'maggots' beneath the film.

However, officials at the huge chain say the creatures were actually worms – a clarification that won't necessarily cheer up customers.

The drinks station was closed immediately and a deep clean was carried out, they said.