An emaciated polar bear who was roaming a Russian industrial city far south from normal bear hunting-grounds is being transported to a zoo for examination and treatment.

The bear was spotted earlier in the week in Norilsk, a city of about 175,000. Specialists from the Royev Ruchei zoo in Krasnoyarsk, the regional capital, sedated the bear on Thursday, then flew her to Krasnoyarsk on Friday.

It was not clear how the animal ended up in Norilsk, which is some 400 kilometers (250 miles) inland from the sea ice that is normal polar bear hunting territory. 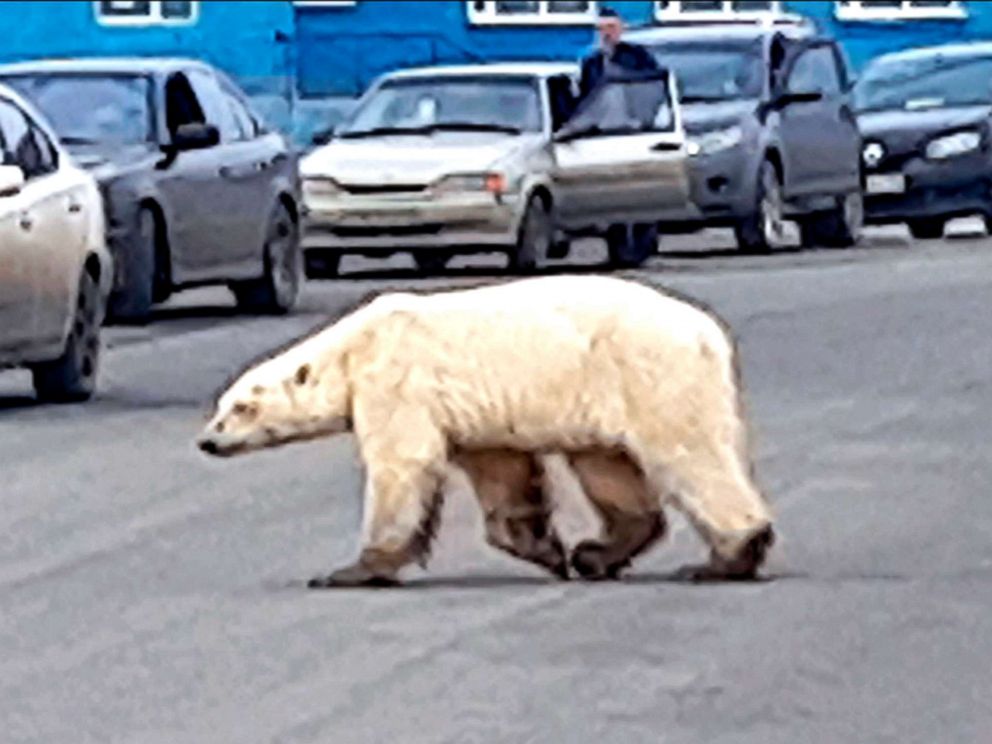 The zoo said in a social media post that the bear may have been held captive by poachers and then released.