Three thousand tonnes of plastic bags have been discovered in six Melbourne warehouses after the collapse of Australia’s largest soft plastics recycling program.

Victoria’s Environment Protection Authority uncovered the waste in sites in Melbourne’s west and north as part of an ongoing investigation into the REDcycle program, which was suspended last month after secretly stockpiling soft plastics for years.

The addresses were revealed after EPA Victoria issued an information-gathering notice to the operators of REDcycle. The agency believes more stockpiles could exist across Australia.

EPA Victoria CEO Lee Miezis said the agency was working to ensure fire risk mitigation was in place at all sites.

“Our officers are out inspecting sites today and we’ll continue to work hard, using our stronger regulatory powers, until we’re certain we’ve found every site in Victoria,” Miezis said.

“We will not allow unacceptable risks to Victoria’s community or environment from pollution or waste. 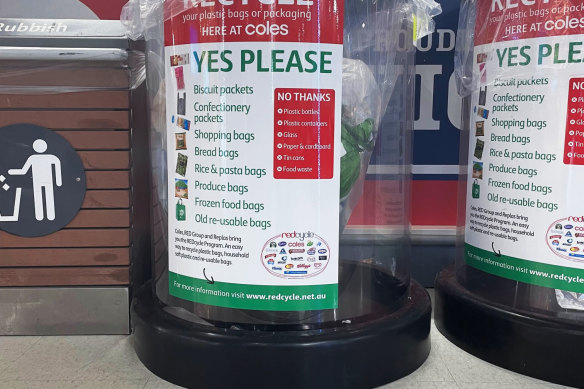 “Although the operators of REDcycle did tell us about some of the sites, intelligence from logistics companies and others is assisting EPA’s investigations. If you have any of these soft plastic wastes at your warehouse, we need to know.”

The REDcycle program collapsed in November amid revelations hundreds of millions of bags and other soft plastic items dropped off by customers at Coles and Woolworths are being secretly stockpiled in warehouses and not recycled.

Instead of being taken to companies that use the plastic to make other items, REDcycle was transporting the plastic to warehouses for long-term storage in what some experts considered a potential environmental and fire safety risk.

The Melbourne-based company, which claimed to collect up to 5 million plastic items a day from public drop-off points at nearly 2000 supermarkets across the country, did not publicly announce the suspension of the recycling component of its program, and had for months continued collecting large volumes of soft plastics including shopping bags, pet food bags, ice cream wrappers, bubble wrap and frozen food packaging.