EPHRAIM HARDCASTLE: Will Meghan write her own story now?

EPHRAIM HARDCASTLE: Meghan has been mercifully mute this week… but should the royals be worried if she can resist publishing ‘her truth’?

Meghan has been mercifully mute during Harry’s multiple-interview mauling of his family while pocketing millions with Spare. Is there anything left to say? According to Harry, Meghan kept a detailed journal during her two-year ordeal in the royal gilded cage. She admitted in a 2020 mental health podcast that she wrote a diary to keep herself ‘anchored’. ‘I think journalling is a really powerful thing,’ she mused. With Penguin Random House expecting two more books for its £16million, who can say if Princess Pepys can resist the temptation to publish her truth? To reference Jaws, it may not yet be safe for William, Charles and Camilla to get back in the water. 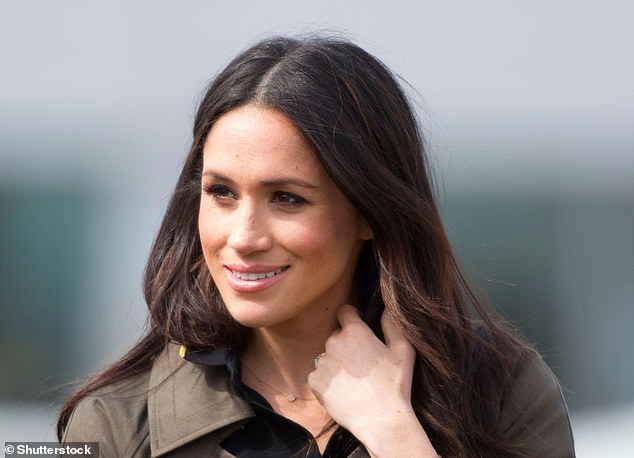 Meghan has been mercifully mute during Harry’s multiple-interview mauling of his family while pocketing millions with Spare. Is there anything left to say?

Prompted by Harry’s description of his father Charles’s distress over his warring sons, pleading: ‘Please boys, don’t make my final years a misery,’ President Reagan’s daughter Patti Davis says she now regrets writing an autobiography that hurt her father, later apologising to him for ‘flinging open the gates of our troubled family life’. Writing in The New York Times, she suggests Harry operated on the dictum that ‘silence is not an option’, adding: ‘I would, respectfully, suggest to him that it is.’

Conducting a joint Zoom interview with old friend Colin Farrell, pictured, Emma Thompson cheekily asks him: ‘Are you having good sex at the moment, Col?’ Frisky father of two Colin (unmarried) awkwardly responds: ‘Oh, God. That’s a different Zoom, darling.’ Has getting her kit off at 63 in sex comedy Good Luck To You, Leo Grande gone to newly fruity Dame Emma’s head?

Tom Bradby’s quizzing of Harry is described as a ‘half-baked effort at journalistic scrutiny and a missed opportunity’ by veteran BBC reporter Neil Bennett, arguing he failed to ask the crucial questions about who said what, and in what context, about their unborn son’s skin colour. ‘It is surely this issue,’ he says ‘which has inflicted the most damage on his own family and, by extension, the UK as a whole.’ Perhaps when Meghan, after her next book, presents herself for interview, Bradby might get a second chance. 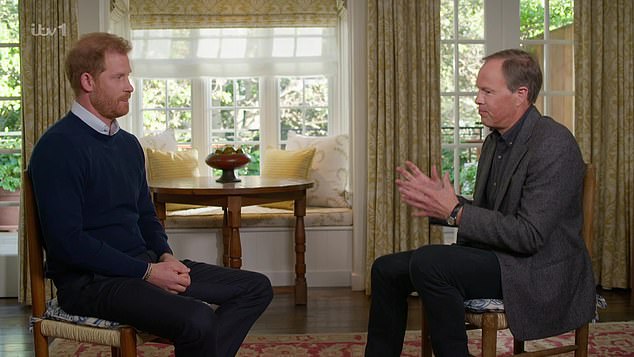 Harry admits to being disgusted by Hilary Mantel’s 2013 London Review of Books essay, construed as an attack on Kate, in which she called the Royal Family ‘pandas’ – cosseted, fascinating animals kept in a zoo. Discussing the piece with his therapist, he writes in Spare: ‘The words always struck me as both acutely perceptive and uniquely barbarous. We did live in a zoo.’

Adventurer Tom Stacey, who has died aged 92, had the misfortune to live in a palatial Kensington mansion once owned by Lucian Freud’s ex-wife Kitty Epstein. Freud breakfasted daily at Sally Clarke’s restaurant next door and to Stacey’s dismay routinely expressed his loathing of his former wife by spitting on the windows.