I married the man who became ‘transgender’ rapist Isla Bryson – and think ‘she’ only became a woman to get an easier time in jail: Estranged wife of attacker previously known as Adam Graham slams ‘sham decision’ to put sex offender in women’s prison

The estranged wife of Isla Bryson, previously known as Adam Graham, today mocked the transgender rapist’s decision to become a woman as ‘a sham’ to seek attention – and receive an easier time in jail.

Shonna Graham, who married evil Bryson when the rapist was a man before going on to attack two women, says she believes the transition is an act to make a mockery of the justice system – and to be placed in a women’s prison.

Speaking exclusively to MailOnline Shonna, 31, said: ‘Never once did he say anything to me about feeling he was in the wrong body or anything. I have a lot of sympathy for real transgender people, it’s a hard thing to live with, but he’s just bullsh*****g the authorities.’ 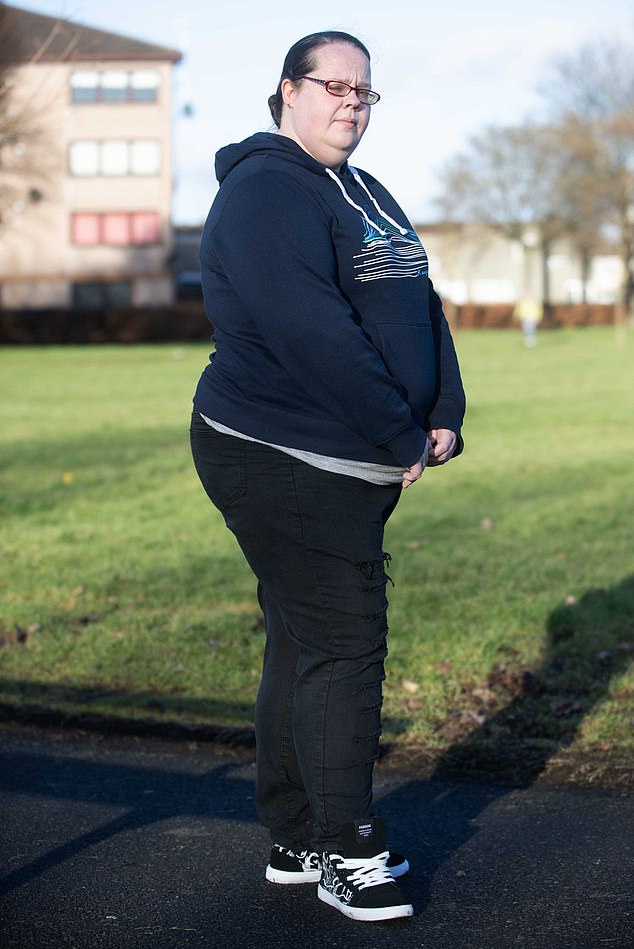 Shonna Graham, 31, married evil Graham when he was a man before his court case 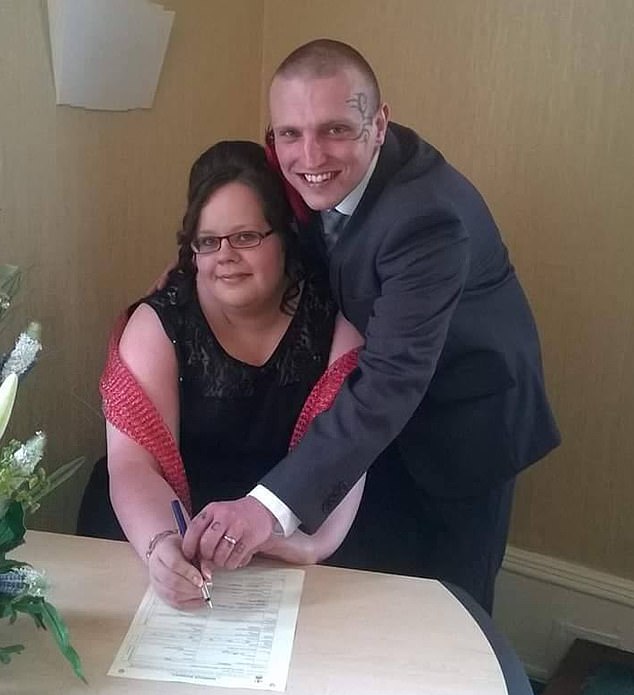 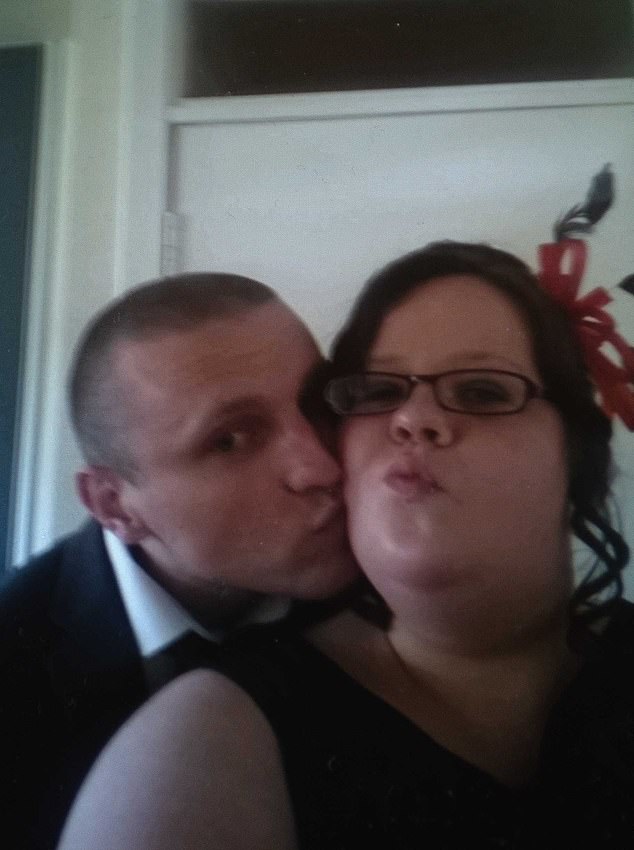 Shonna Graham 31 from Falkirk who is still married to transgender rapist Isla Bryson, pictured on their wedding day in 2016 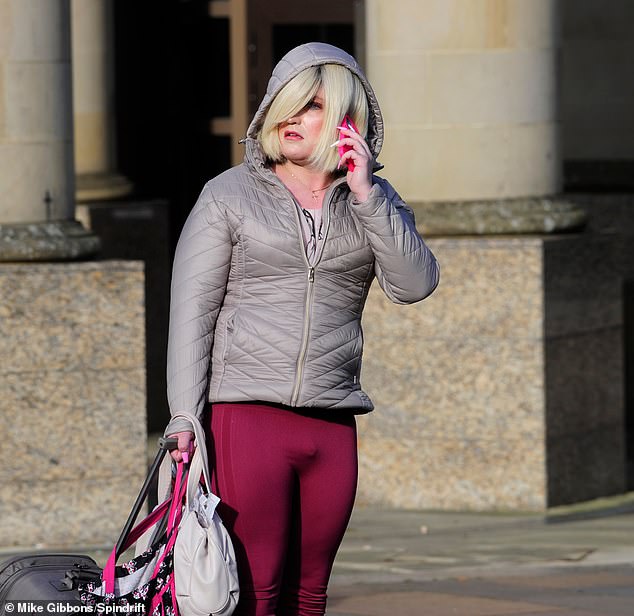 She added: ‘His gender transition is a sham for attention and an easier life in prison. When I saw the photos of him dressed as a woman with a blonde wig and pink lycra leggings, I fell out of bed laughing.

Fury as sex attacker transitions before trial and is sent to a women’s prison: Click here to read more 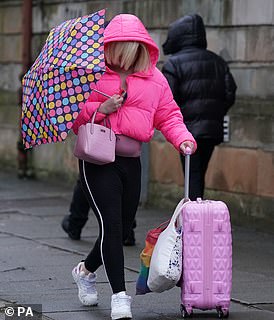 Isla Bryson, 31, from Clydebank, West Dunbartonshire, arrives at the High Court in Glasgow yesterday. Following a six-day trial at the High Court a jury has found the transgender woman guilty of raping two women

‘I can see why he doesn’t want to be in a prison with loads of big scary men, so he’s come up with this ploy to get himself a much easier sentence.

‘But sending him to a women’s prison is outrageous – will one of the vulnerable women inmates be the next victim to be attacked by him? He won’t stop, it’s in his nature.

‘I have been trying to divorce him for seven years, but I haven’t been able to find him to serve the papers. He’s a monster and I hope they throw away the key.’

Bryson began transitioning in 2020 when facing trial for the rape of two women. The case has highlighted the controversy over Nicola Sturgeon’s Gender Recognition Reform (Scotland) Bill, which would allow anyone over 16 to ‘self-identify’ as the opposite sex without needing medical diagnosis of gender dysphoria.

Shonna told the Mail how she endured a year of ‘controlling’ behaviour at the hands of Bryson, then Graham, during which time the abusive partner allegedly stabbed her in the hip with a knife and ‘tried to rape her.’

Shonna met the shaven-headed brute with a Mike Tyson-style face tattoo on internet dating app Badoo in 2015 and at first found her new partner ‘caring and fun to be with’.

But after Bryson moved into her flat in Motherwell, Lanarkshire, she soon saw a different side.

‘He was obsessed with controlling every aspect of my life,’ she recalled. ‘Even if I spoke to an elderly male neighbour, he’d be on my case accusing me of chatting him up. 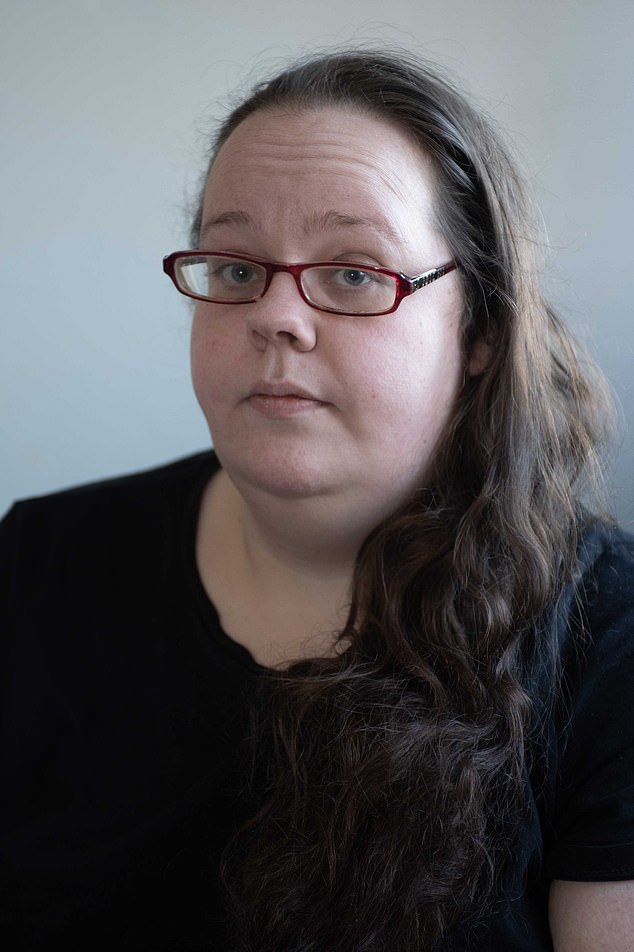 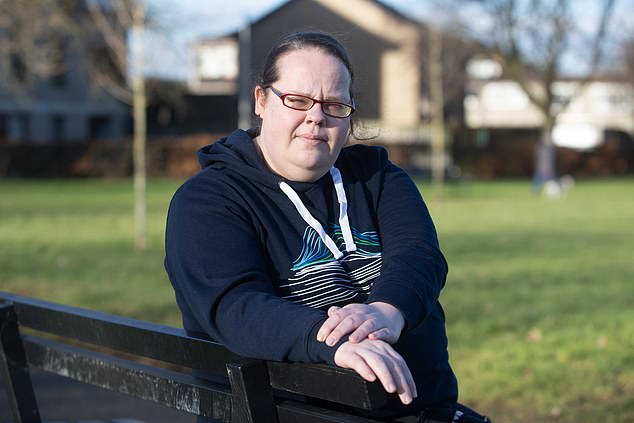 ‘He pushed me around and knew I was vulnerable because I’d been in an abusive relationship before. Looking back, he probably targeted me for that reason.

‘One night we had a row and I went into the bedroom while he watched TV in the living room. Suddenly he burst in with a pink-handled kitchen knife in his hand and demanded sex.

‘I told him where to go, and he pulled down my pyjama trousers and tried to rape me. Then when I’d pleaded with him to get off, I realised he’d stabbed me in the thigh.

SARAH VINE: It’s our fear of being branded bigots that has left us with a double killer in a children’s classroom – and rapists in women’s jails 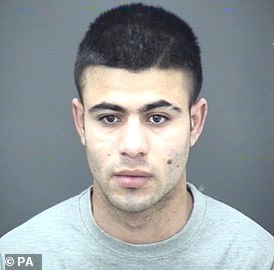 ‘There was blood everywhere, staining the carpet, but he delayed calling an ambulance for about half an hour and I remember I was starting to feel faint by the time they came.

‘When we got to hospital, the police were called, and they saw it as what it was – domestic abuse, but Adam had pleaded with me to say I’d tried to commit suicide and the wound was self-inflicted, which is what I did.

‘The police tried to convince me to give evidence against him but I wasn’t brave enough. Now I feel guilty, because if I had, maybe he’d have gone to prison sooner and those two poor women who did testify against him wouldn’t have had to suffer in the way they did.

‘I was terrified of him and what he might do next, so despite that incident, I did go ahead and marry him a few months later. My friends told me to steer clear of him, but I didn’t listen.’

The small ceremony at Falkirk Register Office on July 8, 2016 was witnessed by only a handful of Shonna’s friends and family. No-one attended on the groom’s side.

Shonna said: ‘I used to call him no-mates Adam, but that was about right. He told me he’d been brought up in foster care and claimed he’d been abused. He had a sister who was with him in care, but I never met her.

‘I knew his dad, a carpenter, also called Adam, was dead, but I never met his mother.

‘Once I put out an appeal for him on Facebook to trace his real relatives, and we did hear from an aunt of his, but I don’t remember where she was. I think he was brought up in Motherwell.’

Not surprisingly, the marriage did not last long, and according to Shonna, Bryson was texting other women even when with her.

‘He walked out on August 16, 2016, about five weeks after we were wed,’ she recalled. ‘At first I thought something had happened to him and I reported him missing to the police, but then we heard he’d found another woman, and I cannot tell you the relief I felt that he was out of my life.

‘He had tried to control everything about me – how I dressed, what I ate, who I saw and where I went. 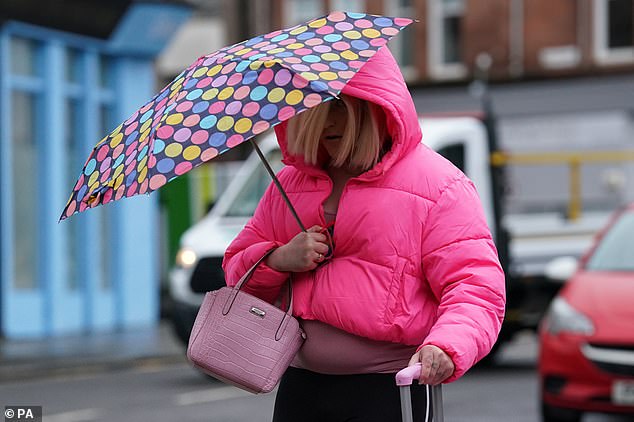 Isla Bryson, 31, from Clydebank, West Dunbartonshire, arrives at the High Court in Glasgow yesterday. Following a six-day trial at the High Court a jury has found the transgender woman guilty of raping two women 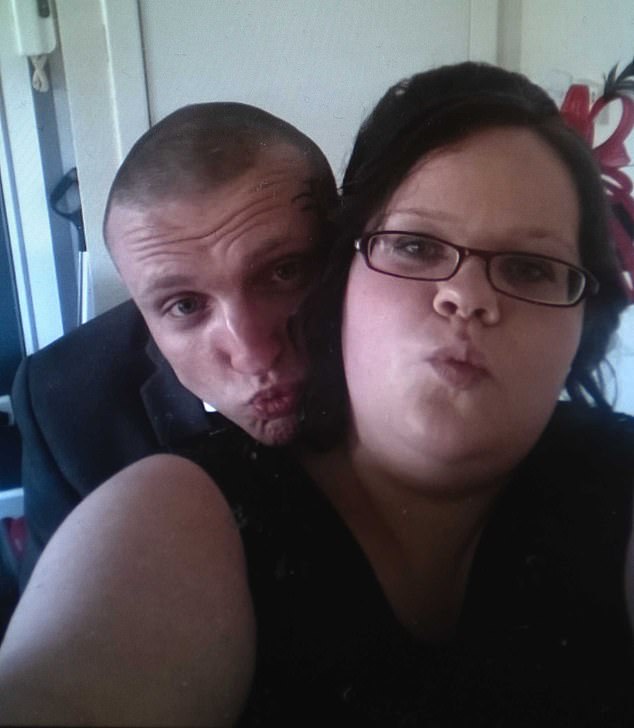 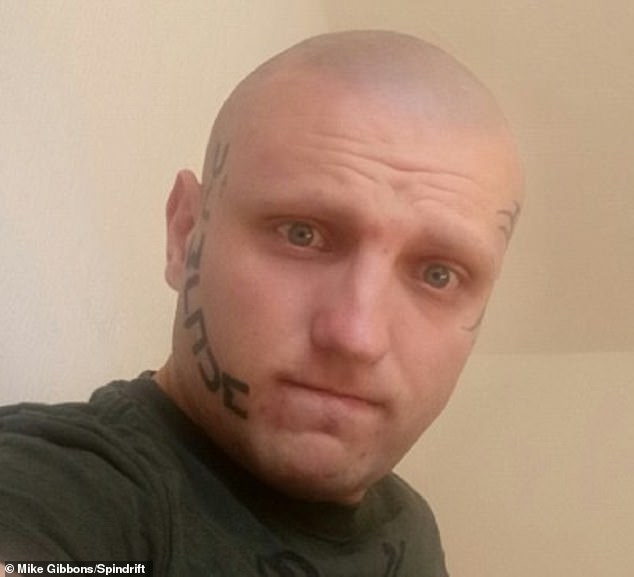 Isla Bryson, 31, was known as Adam Graham (pictured) and had a Mike Tyson-style face tattoo during the violent sex attacks in 2016 and 2019

‘I would have divorced him long before now, but I never knew where he was to serve the papers. Maybe I’ll visit him in Cornton Vale [women’s prison] and sever my ties with him once and for all.

‘What made me really angry when reading the court case was how he claimed to have been abused during our relationship when it was him doling out the abuse.

‘However hard I try, I cannot think of him as a woman in any sense. No woman would treat me the way he did.’

Bryson, who claimed to have had gender issues since the age of four, began transitioning from a man to a woman in 2020 after being charged with the rapes. The rapist has been taking hormones but has not had surgery.

Bryson denied the accusations, telling jurors any sex was consensual – but insisted to having no joy in sleeping with women and told the court they made the ‘first move’.

There was no reference to the 31-year-old having a gender recognition certificate during the trial.

Bryson was found guilty of the two rapes yesterday. It is understood the defendant is being held in a segregation unit at Cornton Vale women’s prison, where the attacker will be risk assessed ahead of sentencing on February 28. Officials will decide whether the sex attacker will serve the final jail term in a women’s or men’s prison.