It’s been a little over two-and-a-half years since her only child died, but the pain is still raw for Danielle Morin as her voice cracks with emotion when she describes her little boy’s perpetual smile, how he loved to kick soccer balls and spend weekends at the beach with her in Southern California.

But Morin’s voice becomes tinged with both anger and urgency as she speaks of the teething necklace made in Lithuania and given to her by a friend who purchased it on the e-commerce site Etsy, a seemingly innocuous baby shower gift that slowly strangled her 18-month-old son, Deacon Morin, as he napped at his day care center in 2016.

“I get emotional when I talk about him because I want to make sure that I do his honor, talk about him the way that he deserves to be talked about,” Morin told ABC News of her son. “He was the sweetest little boy. I was a single mom so we were very close. We had a very special relationship.” 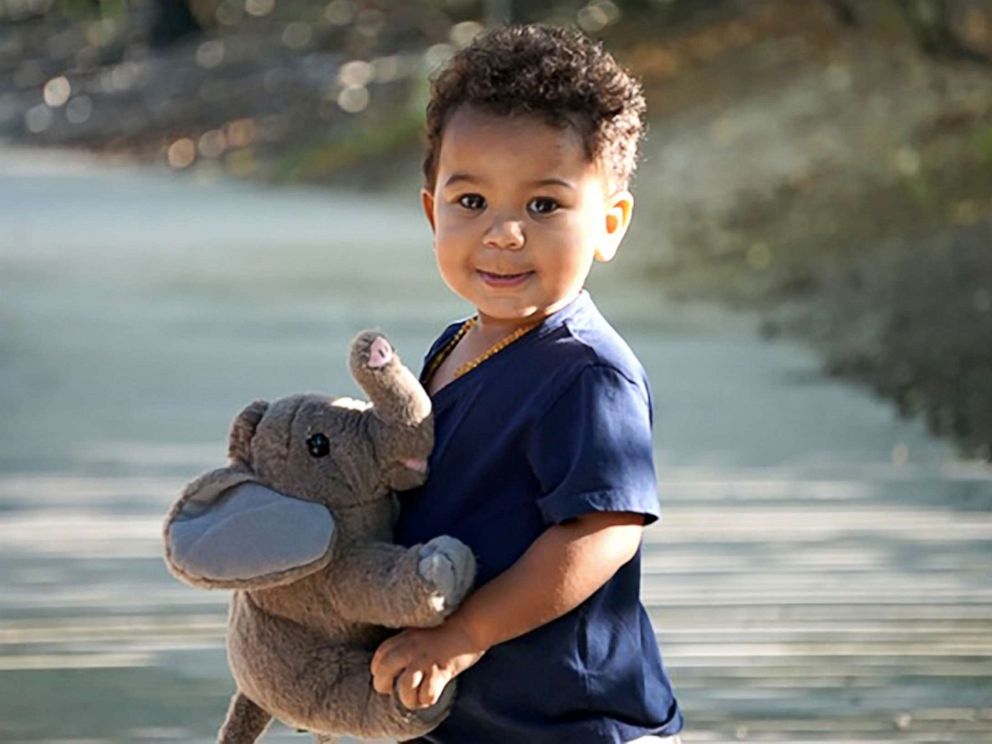 A wrongful death lawsuit Morin filed in San Bernardino County Superior Court in California highlights an alleged hidden danger of purchases made on Etsy and seeks to force the company into taking responsibility for the products sold on its website by more than 2.1 million sellers.

“This dangerous product from Lithuania would never be here in California, or the United States, except for Etsy,” Morin’s attorney, John Carpenter, told ABC News.

Etsy’s lawyers requested this week that Morin’s lawsuit be thrown out of court, citing the terms of its agreement that users must click on before making purchases, one the Brooklyn, New York, company claims inoculates it from being held liable for products “directly sold by independent sellers.” A judge denied the company’s motion.

“Etsy cannot and does not make any warranties about their quality, safety or even their legality,” the Etsy user agreement reads. “Any legal claim related to an item you purchase must be brought directly against the sellers of the item. You release Etsy from any claims related to items sold through our Services.”

Morin’s lawsuit has been allowed to proceed because the Baltic amber teething necklace that strangled baby Deacon was a gift. 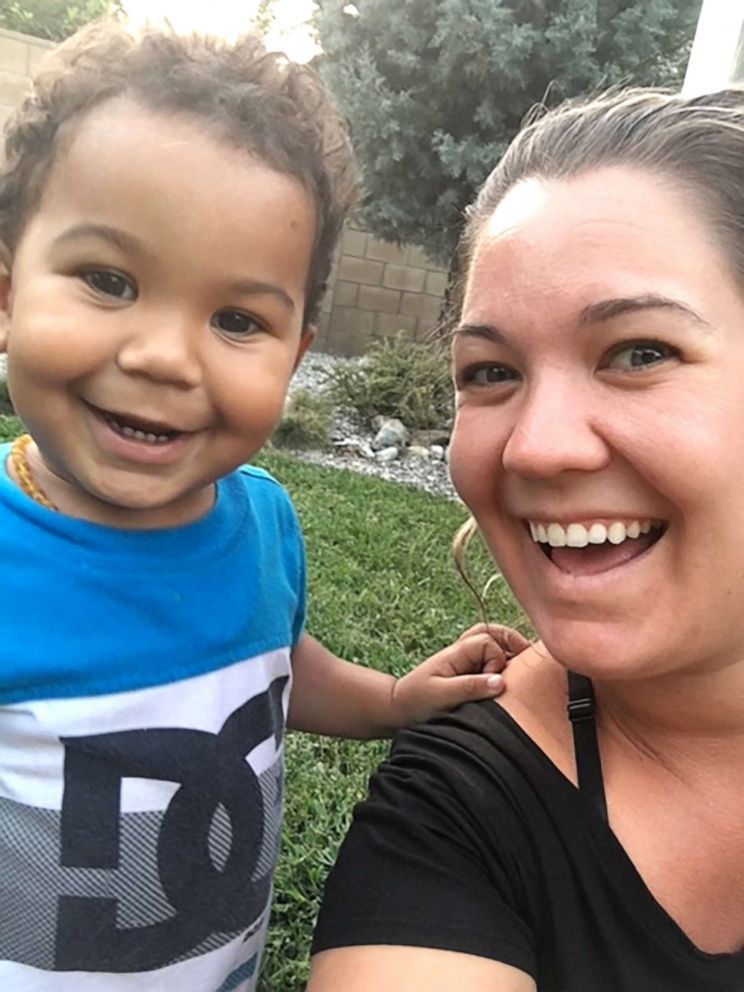 “I never actually clicked on these terms and conditions. And that’s the thing, a lot of children are receiving gifts. It scares me for other parents,” Morin said. “This is kind of a warning to parents to just make sure that they read all the terms and conditions and know that they need to really look into the product.”

In a statement to ABC News, an Etsy spokesperson denied the company did anything wrong, and that Morin’s efforts to seek justice for her son are being misdirected at Etsy.

“Deacon’s death was a great tragedy and our hearts are with his mother and family,” Etsy said in a statement to ABC News. “While we understand the desire to take action, Etsy is a platform and did not make or directly sell this item. We believe the allegations should be directed at the criminally-negligent day care providers or, if appropriate, the seller of the necklace.”

The lawsuit focuses on the clasp of the necklace Deacon was wearing. While Etsy’s website describes the necklace as having a ball-type safety release clasp that is supposed to instantly come apart if the necklace gets snagged, the lawsuit says that Deacon’s necklace had a screw-type clasp that prevented it from coming unfastened.

Carpenter said it is disingenuous for Etsy to say it takes no responsibility for products sold on its site by third-party sellers. 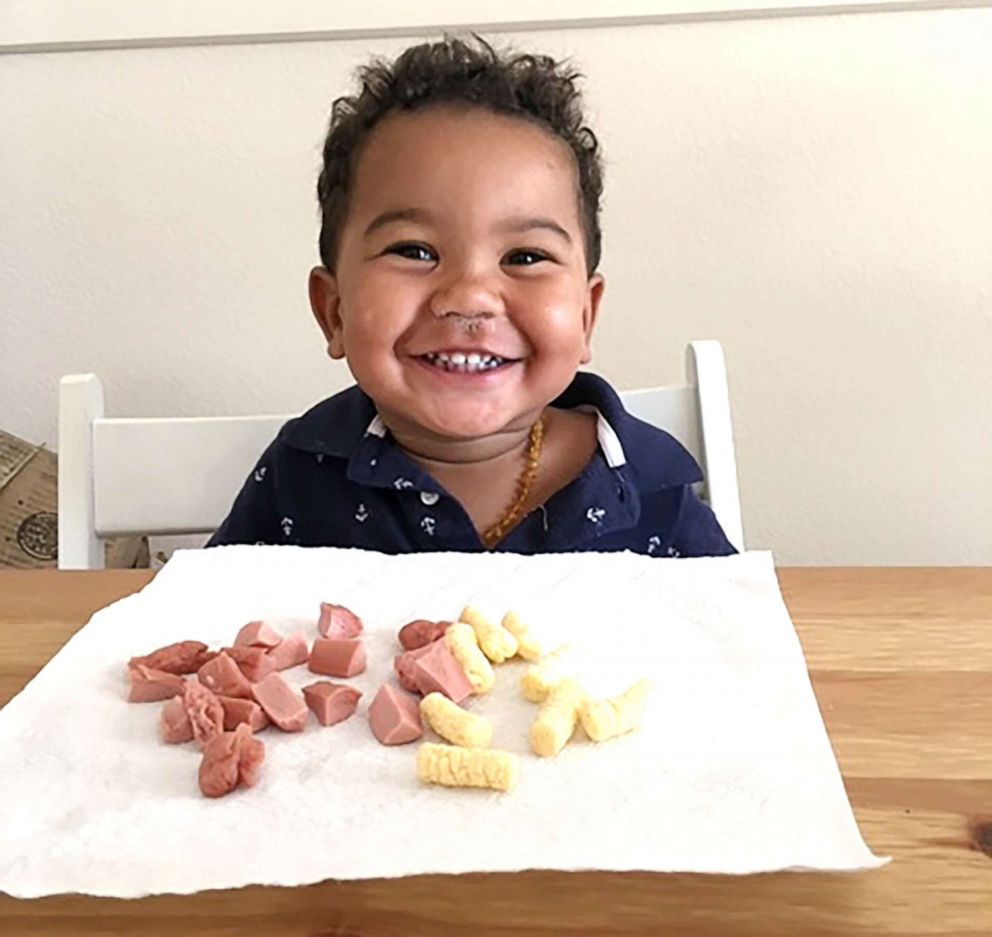 “They are partners in the sale of these goods,” Carpenter told ABC News. “Etsy charges a commission. Etsy gets a percentage of the sales prices of every single product they sell.”

An Etsy spokesperson told ABC News that the Lithuanian company, Bambero, that made the necklaces available on Etsy, has not “had any products on our website since last year and we do not represent the seller in any way.”

The owners of the Lithuanian company that sold the necklace could not be reached for comment.

But Carpenter directed ABC News to numerous products, including teething necklaces, still being offered by Bambero on the Etsy website.

On Oct. 5, 2016, Deacon was napping at the Marriott Family Child Care facility in Fontana, California, when the teething necklace snagged on something and tightened around the boy’s neck, rendering him unconscious, according to the Fontana Police Department. The boy was taken to a hospital, where he died five days later.

An investigation of Deacon’s death by the Fontana Police department determined that the day care center, with was licensed to care for a maximum of eight children, but at the time Deacon was being choked by his necklace there were about 20 children being cared for at the facility, according to the lawsuit. The lawsuit also alleges that when workers found Deacon unresponsive they didn’t call 911 right away but waited for one of the owners of the day care center, Deborah Jimenez, to return to the facility, prompting a delay in summoning paramedics, according to the suit.

Jimenez and Marriott are both named as defendants in the lawsuit. The suit also names Marriott Family Child Care, which has since gone out of business since Deacon’s death.

Efforts by ABC to reach Jimenez and Marriott were unsuccessful.

Meanwhile, Danielle Morin has launched a website to educate parents on how to go about finding day care providers.

Morin said that following her son’s death, she went to a baby supply store and purchased teething necklaces with the proper breakaway safety clasp and started giving them to parents whose children she noticed had necklaces like the one Deacon was wearing when he died.

“I’ve probably had a handful now that I’ve switched out,” she said. “And when talking to them about where they were purchased, Etsy seems to be a big name that they’re throwing out,” Morin said.

She said that before her son’s death she developed an “encyclopedic knowledge for everything baby,” researching the best car seats and baby products before purchasing them.

“A lot of people want to blame me, like, ‘Well, you put the product on your child,'” said Morin. “Well, it said that it was a baby necklace and I assumed that it was safe. I would have never knowingly put a dangerous product in the hands of my child.”