Ex-Tory MPs joined forces with Labour and Lib-Dem backbenchers today to push for a compromise Brexit deal that was not a ‘unicorn’ with no chance of succeeding.

They believe there is still time to achieve a Brexit deal before October 31 and the numbers are there in Parliament to get a withdrawal agreement across the line.

Speaking at a press conference, Mr Kinnock said this was ‘not about reproducing a carbon copy’ of Theresa May’s deal which failed in three meaningful votes.

Instead it is based on the frame of agreements reached in cross-party talks between the Conservatives and Labour which stalled before Theresa may’s resignation.

It would include agreements in areas like workers rights and environmental regulations designed to appeal to Labour backbenchers.

Mr Kinnock, who has long pushed for a soft Brexit deal, said: ‘This is not a unicorn,’ adding: ‘We have something here which is the basic foundation of a perfectly pragmatic deal that we believe can command a majority in Parliament and also begin to reunite our deeply-divided country, and even at this eleventh hour we think there is time to do it.’ 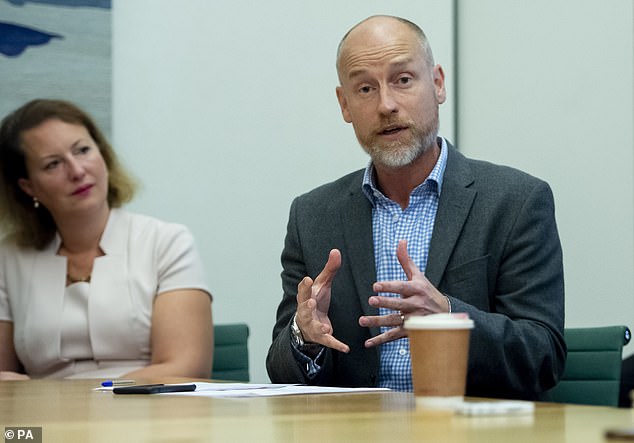 Mr Kinnock, who has long pushed for a soft Brexit deal, said: ‘This is not a unicorn,’ as he and other MPs outlined their proposal 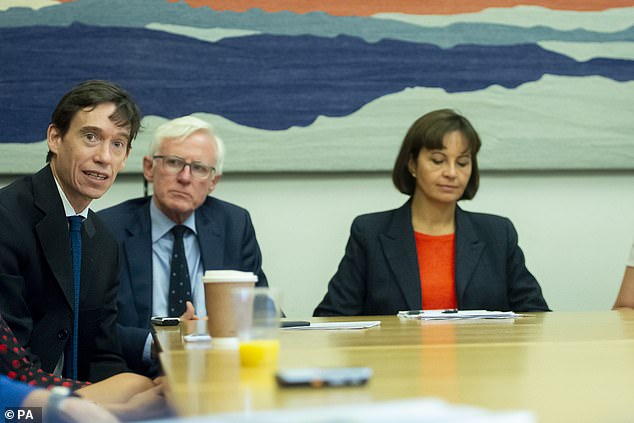 Former Tory MP and now independent Grantham and Stamford  MPMr Boles suggested that Boris Johnson might be prepared to back a deal, saying: ‘He does not care about anything other than power and glory for himself, and if he concludes that the way to stay in Number 10 Downing Street is to pass a deal, he will do it.’

However, the cross-party effort led to a Twitter spat within Labour.

Mr Kinnock was accused of treachery by Labour MEP Richard Corbett, who said: ‘So sad to see betray his country, his party, his constituents, and everything he used to believe in’.

But his comments were themselves attacked by Labour Brexiteer kevin barron, who said: ‘Richard it’s called representative democracy, Stephen isn’t betraying anyone.

‘We said we would support the result in our manifesto that we all stood at the GE (general election) in (20)17, are you suggesting we should ignore any promises made?’