Spotted: A pair of famous exes.

More than a decade after their divorce was finalized in 2010, Sean Penn and Robin Wright are back in pictures together. The ex-husband and wife were photographed together for the first time in nearly six years on Friday inside Los Angeles International Airport. While it's unclear what brought them together, the two were spotted getting off an escalator while they each carried baggage.

As fans might recall, their on-and-off relationship spanned more than two decades and resulted in 14 years of marriage and two children, daughter Dylan, 31, and Hopper, 29.

The A-list stars recently split from their partners with Penn finalizing his divorce from Leila George in April 2022, less than two years after they tied the knot. As for Wright, she reportedly filed for divorce from Clément Giraudet in September 2022 after nearly five years of marriage. 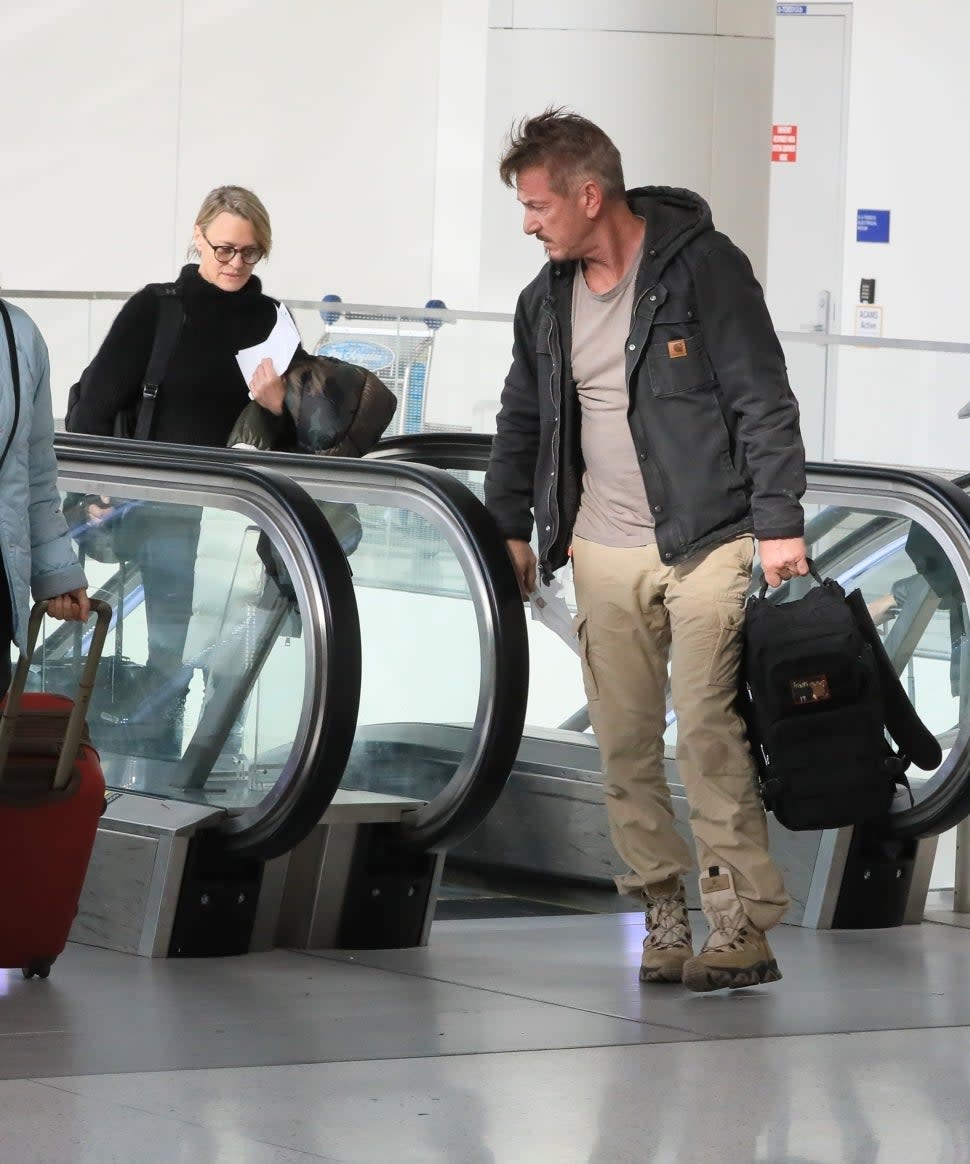 While they've gone on to have other relationships, it seems theirs has remained cordial. "We don't have a lot of conversation. We don't not get along," Penn said on Marc Maron's WTF podcast in 2018. "We have very separate relationships with our kids at this point and it's better that way because they are making their own decisions."

Sean Penn Hits the Beach With Girlfriend After Ex-Wife Robin Wright Gets Remarried — See the Pic!