A “soldier of Islamic State” jailed for 42 years for a frenzied stabbing attack faces more jail time after she attacked a Canadian fellow inmate with garden shears in the hope of generating international headlines.

Momena Shoma was less than three years into her term at Melbourne’s Dame Phyllis Frost prison when, on October 30 last year, she pounced on an unattended pair of shears. Later that day she tried to stab an inmate in the neck. But the Supreme Court heard on Wednesday, the victim saw the shears, raised her arms, ducked out of the way and suffered a cut thumb. 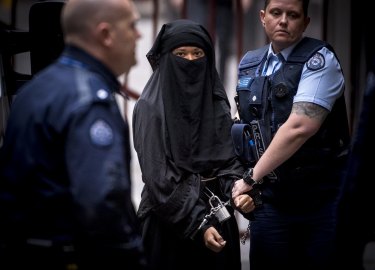 Shoma, 28, was jailed in 2019 for stabbing Roger Singaravelu in the neck in his Mill Park home in February 2018, and must serve 31 years before being elligible for parole. She was staying with Mr Singaravelu and his family in a homestay arrangement after travelling from her native Bangladesh under the pretence of studying at La Trobe University.

Instead, her motive was to kill in Islamic State’s name, and she has remained devoted to that cause in prison.

When she saw an inmate leave the shears unattended at lunchtime Shoma concealed them in a newspaper and headscarf, prosecutor Brett Sonnet told the court.

Shoma then approached her target because that woman was from Canada and, Mr Sonnet said, the Bangladeshi terrorist planned to kill her in the hope the attack would be reported by international media. 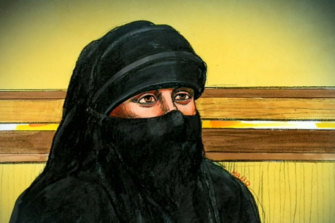 The victim needed five stitches for the cut to her thumb. Shoma was restrained by guards and other inmates and seen laughing afterwards.

Over the following weeks she admitted her crime and motives to investigators. 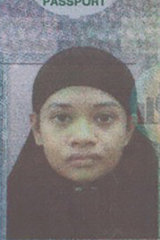 “I wanted to kill her,” she said in one interview. “I’m doing it for terrorist reasons … if I get released, I will do it again.”

Shoma cheered when told she would be charged with terrorism offences, Mr Sonnet said, and told counter-terrorism officers her devotion remained strong.

She said: “I am a soldier of Islamic State … you can leave us for 42 years and lock us in prison, but we will find you inside the prison and kill you.”

Shoma has pleaded guilty to engaging in a terrorist act and being a member of a terrorist organisation. Her lawyer conceded more jail was warranted beyond her earliest release date of 2049, as she had shown no remorse, had not renounced her extreme ideology or pledge to Islamic State, and previously pretended to be de-radicalised.

But defence counsel Tim Marsh said it was impossible to speculate what Shoma’s rehabilitative prospects would be when she approached her parole date, and that she should be given the chance to eventually reform.

“Whatever sentence imposed should not exclude the possibility of release,” Mr Marsh told Justice Jane Dixon.

While Shoma’s crimes were serious, Mr Marsh said the incident resulted in a relatively minor injury, and was against a single person in a prison setting, so did not instil the same level of fear and intimidation in the public as other planned terror attacks that were ultimately foiled.

Justice Dixon said there was an element of luck the victim wasn’t more seriously injured. The court heard the inmate was left distressed and suffered flashbacks. Her impact statement was not read aloud.

Shoma enjoyed a comfortable childhood in Dhaka, the capital of Bangladesh, and was an excellent student but her mother’s death in 2015 left her grief-stricken and without direction, Mr Marsh said. It was around this time she gravitated towards extreme online propaganda she found compelling.

Prosecutors argued the jailhouse attack was serious, given its planning and motivation, and said denunciation and community protection would be important factors in sentencing.

Shoma, who now spends up to 23 hours a day in her cell and is isolated from others in the exercise yard, will be sentenced on a later date.