Father, 41, in coma after catching Covid opens eyes and smiles

A Christmas miracle? Father, 41, and kidney transplant recipient who has been in a coma for weeks after catching Covid opens his eyes and smiles for first time

A father-of-two in a coma has opened his eyes and smiled for the first time in months after catching Covid-19.

Michael Taylor’s nurses have described the start of his recovery as a ‘Christmas miracle’ after he started coming off oxygen and ventilation and ‘progressed massively’ in a week, his partner Leanne Bayley said.

Mr Taylor, 41, first fell ill after on October 31 and complained of symptoms including a sore throat and sharp pains behind his eyes.

He was rushed to Tameside General Hospital just a few days later and immediately placed into a coma to protect the transplanted kidney he received from his brother Paul 15 years ago.

Ms Bayley said after months of declining health, he has recently started opening his eyes and even managed to smile earlier this week.

She added: ‘I believe in the power of prayer. The nurses say it’s miraculous. They’re astounded. They have worked so hard for Michael. To me now, nothing else matters – he’s alive.’ 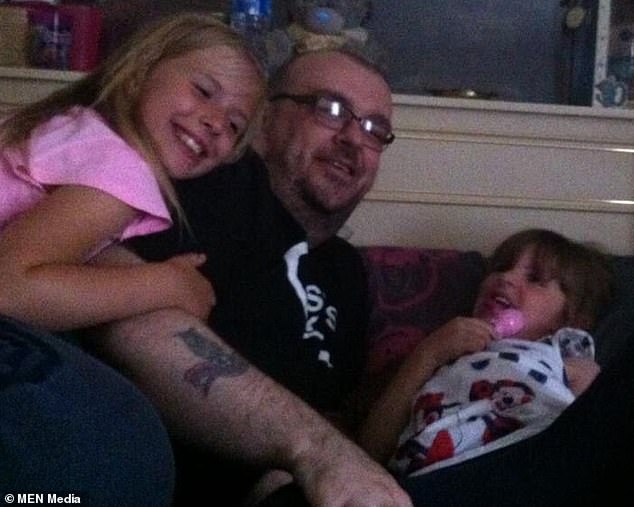 Michael Taylor’s nurses have described the start of his recovery as a ‘Christmas miracle’ after he started coming off oxygen and ventilation and ‘progressed massively’ in a week, his partner Leanne Bayley said. Pictured, Mr Taylor with his daughters Ruby and Rebecca 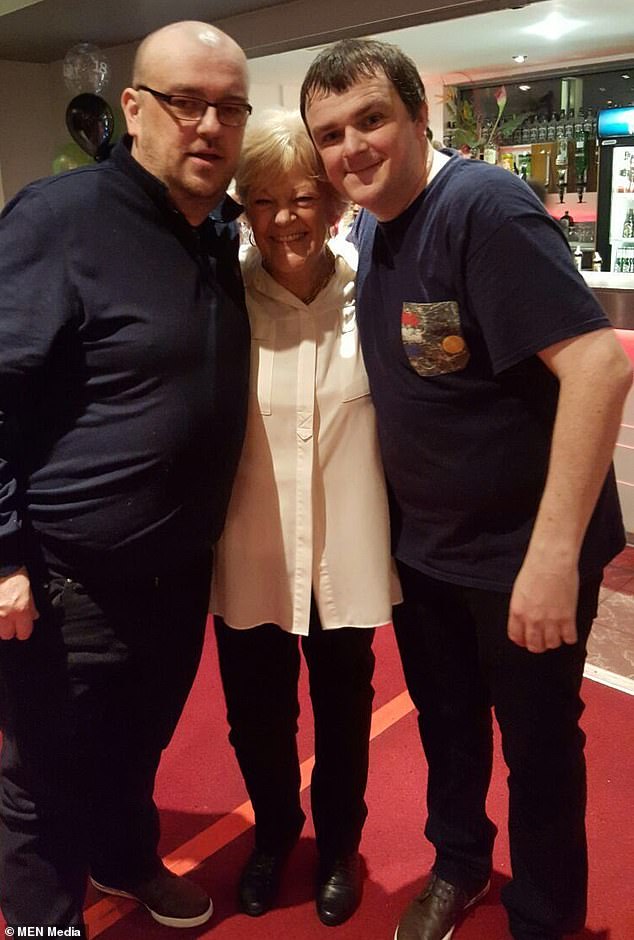 Mr Taylor is pictured with his mother Pat and brother Paul. After five weeks, he was transferred to Manchester Royal Infirmary where he developed a fungal infection

Within three weeks in hospital, Mr Taylor developed Covid pneumonia and his condition deteriorated rapidly. He caught numerous infections including sepsis in his lungs and was placed on a ventilator as doctors fought to save his life.

After five weeks, he was transferred to Manchester Royal Infirmary where he developed a fungal infection.

His heartbroken family, including his two daughters Ruby and Rebecca, were losing hope by the day and had no idea whether he would pull through.

But his blood pressure has since started to return to normal and his oxygen levels stabilised.

Currently, nurses are trying to take Mr Taylor off his ventilator for a few hours a day so he can breathe on his own.

He is also having physiotherapy sessions where nurses hoist him from his bed and into a standing position to help with his breathing. 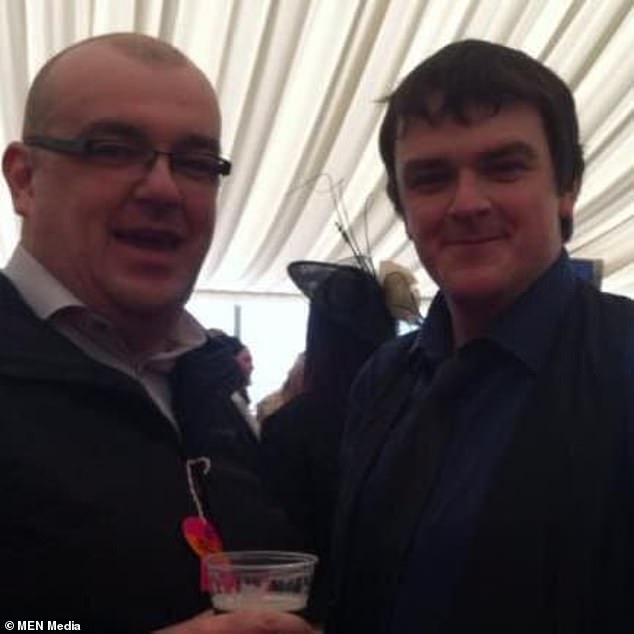 Mr Taylor first fell ill after contracting the virus on October 31. Pictured with his brother Paul 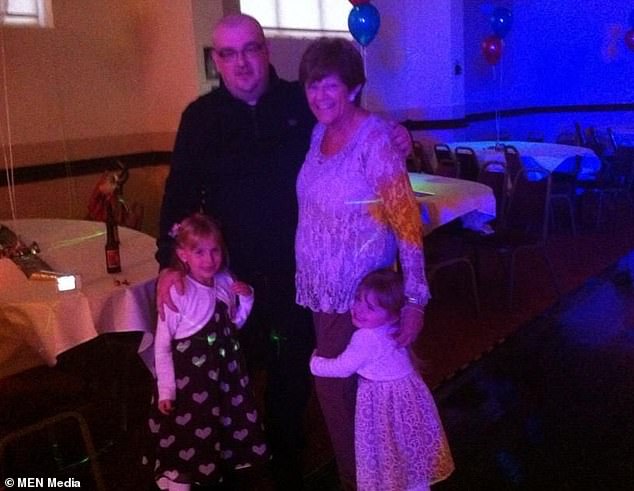 Ms Bayley added: ‘Oldham Athletic did a one-minute applause and the Everton manager wished him well.’ Pictured, Mr Taylor with his two daughters

‘Those weeks were the worst time of my life. From the day he went into hospital he was declining. We only had this tiny bit of hope left. I still believed he would get through it even though on the fourth week I lost all hope.

‘I’m just keeping everything crossed at the moment.’

Ms Bayley added: ‘Oldham Athletic did a one-minute applause and the Everton manager wished him well. We had so much support.

‘That week, Mike started picking up and I had hope again. Over the last two weeks, he has progressed massively.

‘He’s just started coming off oxygen and ventilation. He woke up and smiled at the nurses this morning.

‘When he was infected with sepsis, I thought that was it. Mike’s mum Pat and brother Paul have gone through so much and kept me informed every step of the way. Their support has been comforting too.

A fundraiser has been set up to help pay for a new bed for Mr Taylor’s recovery when he eventually returns home.