Father offers his football-mad son, seven, a new PlayStation if he can hit the crossbar three times in a row… only for him to do it!

A young footballer’s father was left red-faced after saying he would buy his son a new PlayStation if he could do the crossbar challenge three times in a row – only for him to do it.

Chris Charles, 34, from Birmingham, was having a kickabout with Fabian, seven, when he laid down the gauntlet.

Fabian, who plays for the Stoke City Under Eight Academy, missed trying to chip the ball onto the crossbar with his first attempt.

After telling him to move back a bit, Mr Charles, a DJ, told him to try again as he filmed him on his phone.

He then landed the next two and as he lined up for the last one he can be heard saying: ‘If you get this I’ll buy you a PlayStation, I swear that.’

His Aston Villa fan son did just that and then peeled off celebrating and Chris was so shocked he fell over. 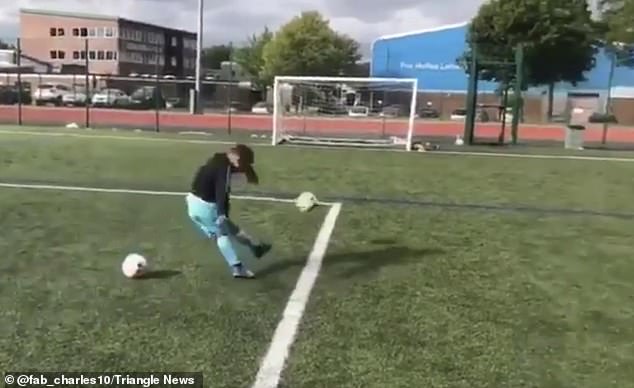 The talented youngster, who plays for Stoke City’s U8 academy, hit the first two shots right into the frame of the goal 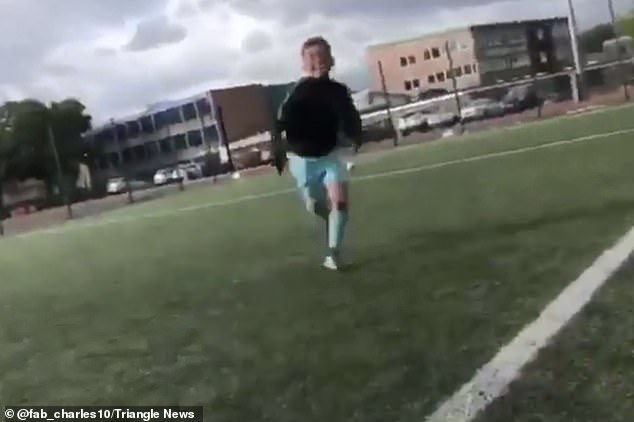 After sweetly striking the third and winning a PlayStation, young Fabian celebrates wildly while his father falls to the ground

Mr Charles said: ‘He is seven years old, I thought I had a safe bet.

‘If I thought he would do it I would have offered a happy meal or some hot wings.

‘He does have a great strike in him but I know professionals that would struggle with three in a row.

‘So definitely was a shock.’

The father added: ‘He has the PlayStation 4 so I was talking about the PS5. 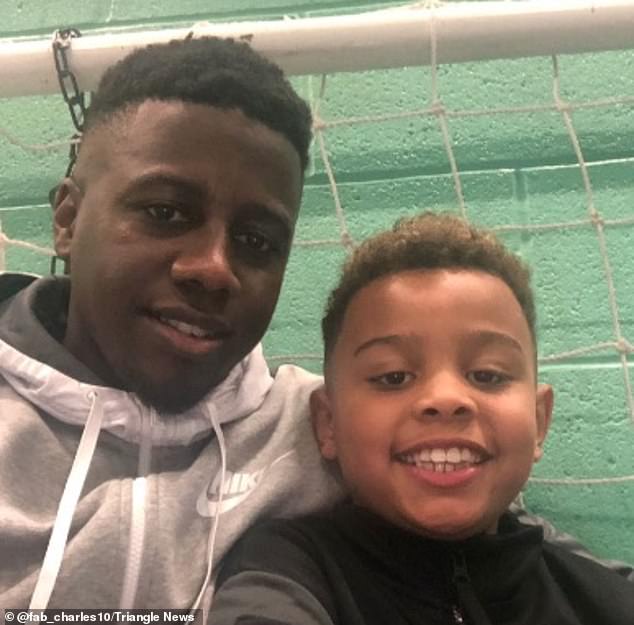 Mr Charles said he will take out Fabian and treat him to games, boots and trainers and pre-order the PS5 when it comes out

‘But I’ve since found out that it’s not available until next year.

‘So this weekend I will take him out and let him get what he wants – games, boots, trainers – and then pre order the PS5 when it’s out.’

The crossbar challenge was made famous by Sky Sports show Soccer AM.

Professional players attempt to do it from the half-way line.